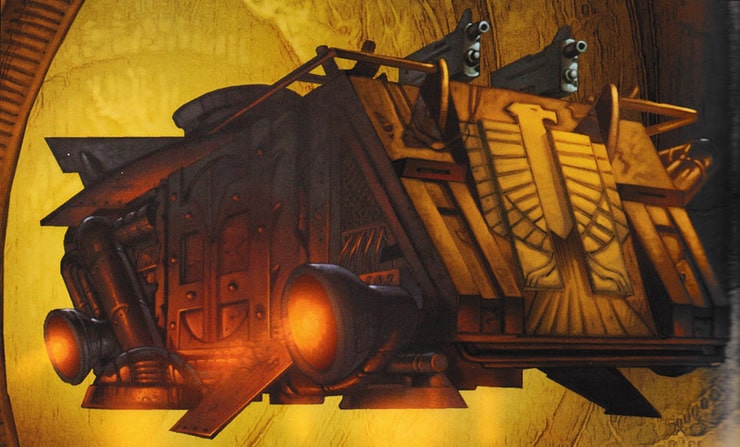 The Legio Custodes Pallas Grav-Attack tank made it’s debut at the Games Workshop Open Day 2017 and we have the unboxing here for you already!

Legio Custodes fans can rest assured, this is truly a great looking model, and you can expect to see a lot of these hitting a battlefield near you.

We scored one of these models at the event, and our good friend J Martin was so kinda as to unbox it for us as well: 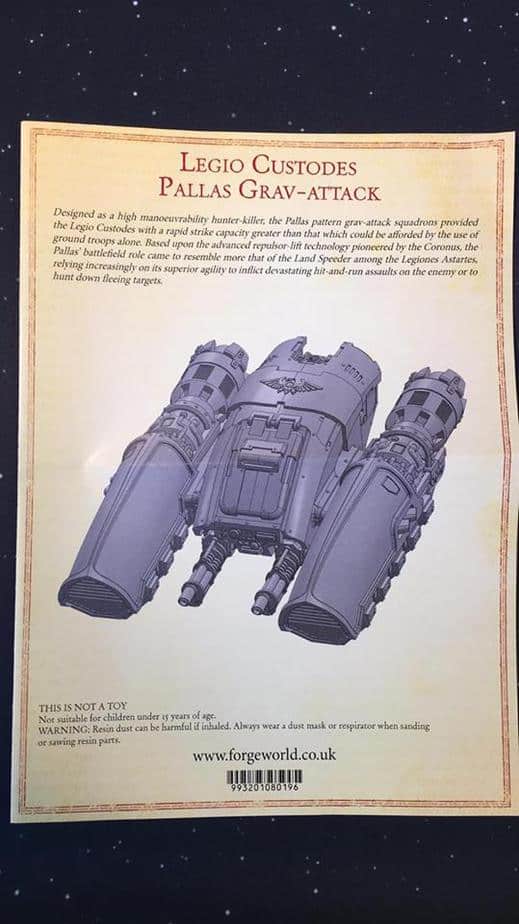 The sleek looking design of this mini fits the battlefield role of the hunter-killer role instead of having to rely solely on ground troops. We can pretty much expect to see these charging in, full speed, with guns blazing. Whether you’re going in on an initial assault or chasing down fleeing enemy units, this tank is pretty well rounded. 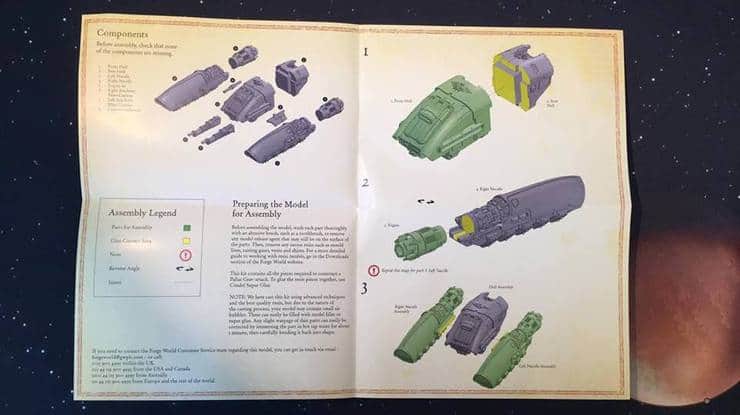 With only 10 pieces to assemble it shouldn’t take long, after the initial unboxing and washing, to get this model assembled, painted, and deployed in your army.

It’s equipped with two Arachnus Blaze Cannons. The Control Surfaces can be installed and angled any way you prefer. They give you a round hole where they fit and you can adjust it according to your taste. 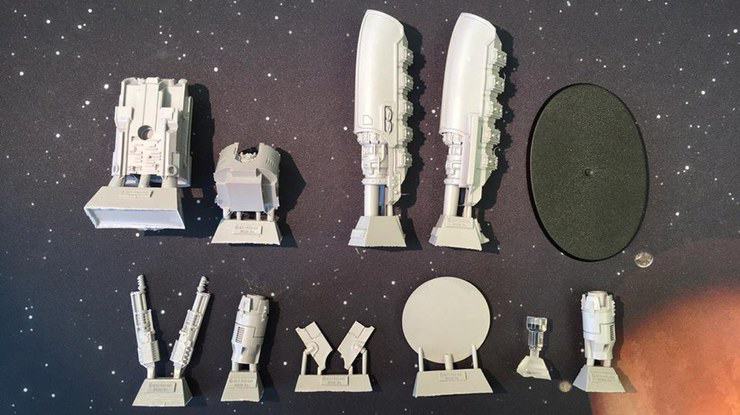 Now let’s add in that it’s a resin model and you may run into the possible heating, bending, and squeezing pieces into place that we often see in resin. 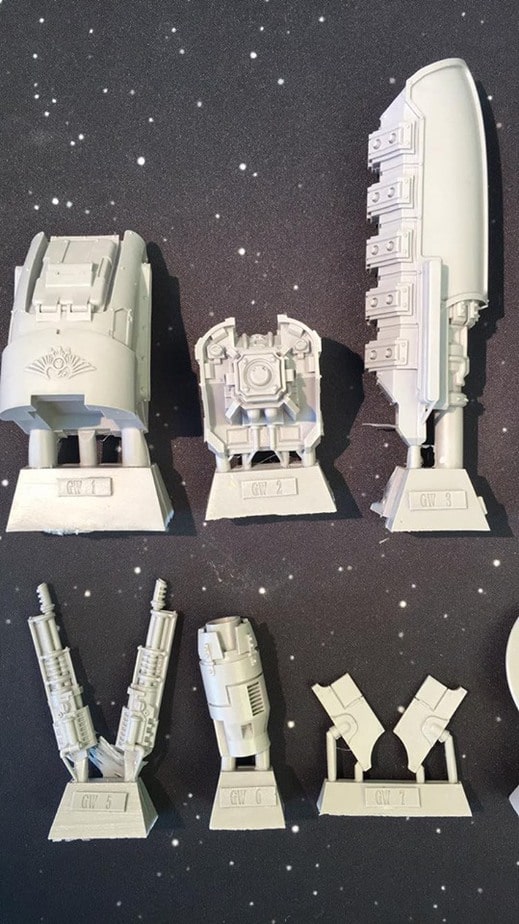 Even though the artist at Forge World went with a minimalist design they definitely didn’t shy on the amount of detail put into each piece.

If you would like to our exclusive painted pics of this model from Open Day 2017 head on over to our gallery. 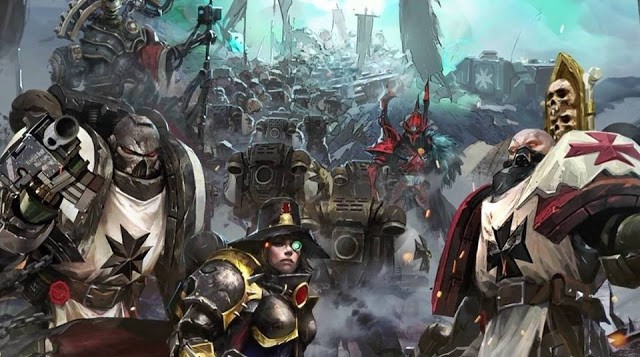 NEXT ARTICLE
Fall of Cadia Supplement Details Spotted From Retailers »
If you buy something from a link on our site, we may earn a commision. See our ethics statement.