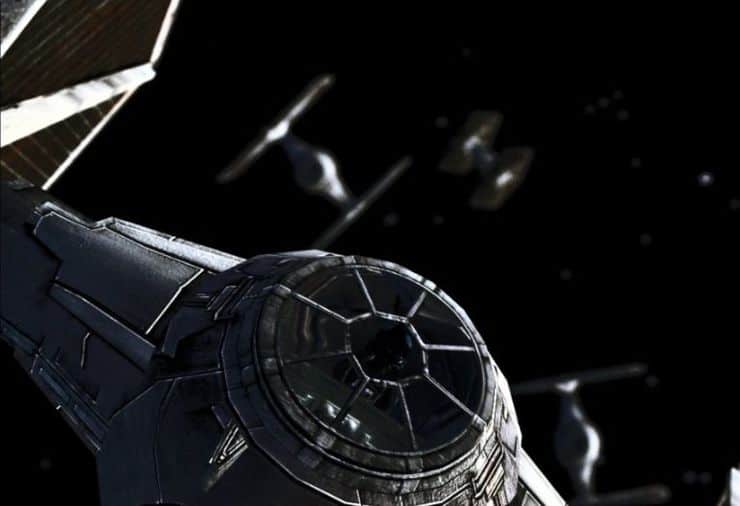 A TIE fighter with a turret? You must be crazy,but this new ship for the Empire is not! Come and see some new tactics for the TIE Aggressor! 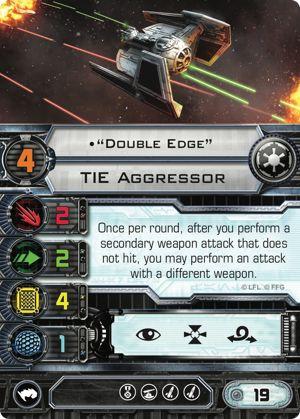 Double Edge is a crazy new pilot for the TIE Aggressor. This ship can be a control freak if you kit it out just right. His pilot ability  stats that after you perform a secondary weapon attack, if that attack does not hit you may attack with a different weapon. This is a great way to chain out weapon attacks that might miss. Stand by ion control! 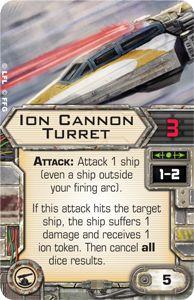 This TIE Aggressor can equip an Ion Cannon Turret onto it. This would allow it to fire in a 360 degree arc at range 1 to 2 and can ion its target. For DOuble Edge, it that Ion Turret shot missies he can follow up with another Ion weapon: Ion Pulse Missiles. 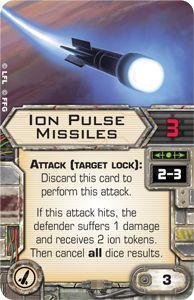 These missiles can lock down any ship with Ion. Fire your missiles at range 2 to 3 after you have them locked and you can really cause some problems for your enemies. Either way, someone is getting Ioned with Double Edge. 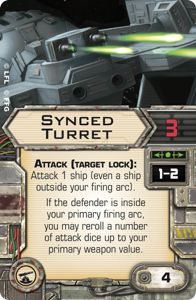 Alternatively, if you are looking for raw damage, Synched Turret is a new upgrade that can boost your attack power. If you keep your enemies inside your primary firing arc when firing the Synched Turret, you get to reroll 2 dice. Not a bad way to puncj damage through. If the Synched Turret misses, you can follow up with Unguided Rockets. 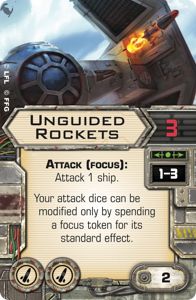 Keeping a focus will allow you to fire these missiles at your target, and then it can be used to modify your attack dice. This is a great 1-2 punch combo that can keep your enemies on the rope as far as Double Edge is concerned. Use the new TIE Aggressor to your advantage with its turret tactics! 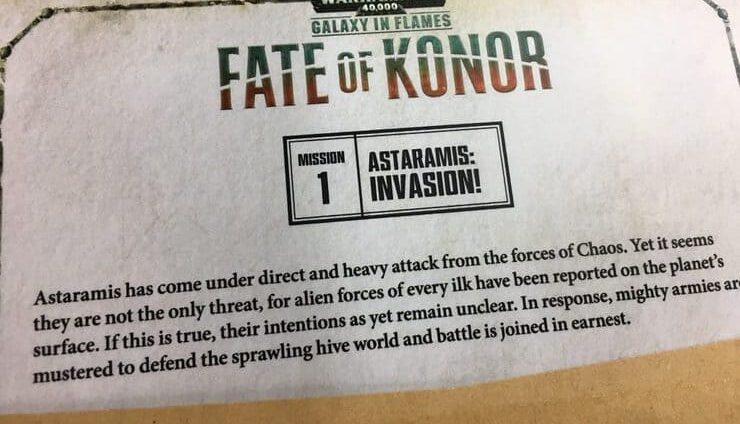 NEXT ARTICLE
8th’s Fate of Konor: First Mission REVEALED »
If you buy something from a link on our site, we may earn a commision. See our ethics statement.