Ynnari: Tips For Balancing Out the Faction 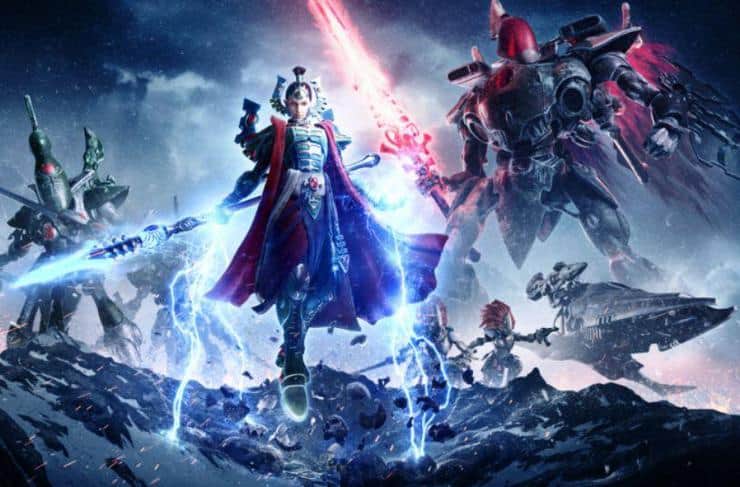 Our guest writer today is going to give us some insight on the Ynnari, and a nice balanced list idea for your next 8th edition Warhammer game.

On release day, I took my Ynnari out for a spin vs. some filthy Necrons just to try out this new list that I’ve been working on.  It was my opponent’s first 8th Ed. game, and the results were pretty skewed in my favor.
Before I dive into the list itself, I want to preface it a bit by talking about why I take the things I do when constructing an army.  When I look at an army like Dark Eldar and compare them to Eldar, or even the Harlequins, there are certain strengths and weaknesses that stand out to me like a sore thumb.  For Dark Eldar, the first thing I look at is the fact that they can take an unholy amount of heavy weaponry for a very low cost.  Their speed advantage over the other Eldar factions are not really apparent, especially when Eldar vehicles have Star Engines and Harlequins have Blur of Colour. 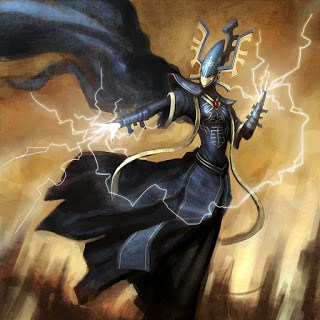 The one thing that really separates Dark Eldar out from everyone else in the faction is their ability to take a lot of high-strength, AP weapons that deal D3/D6 wounds.  For me, this is a dream because I’ve always built my Kabal to focus on ranged firepower and there’s no better edition than now to spam out some darklight.  You know what else stands out for the Dark Eldar?  Their poisoned weapons.  For opponents facing Dark Eldar poison for the first time, they will be in utter and complete shock as mighty T8 creatures crumble to the weight of forced armor saves.
When it comes to the Eldar, the biggest thing for me as a firepower player is their D-weapons.  This means that most of their wraith constructs are fair game because of the amount of firepower they’re able to deliver to the battlefield.  When most of the D-weapons are sporting S10 AP-4 dealing anywhere between 1-D6 wounds, this is a great asset to the Dark Eldar player when he’s looking to expand on his ranged arsenal.  This firepower, however, comes at a cost. 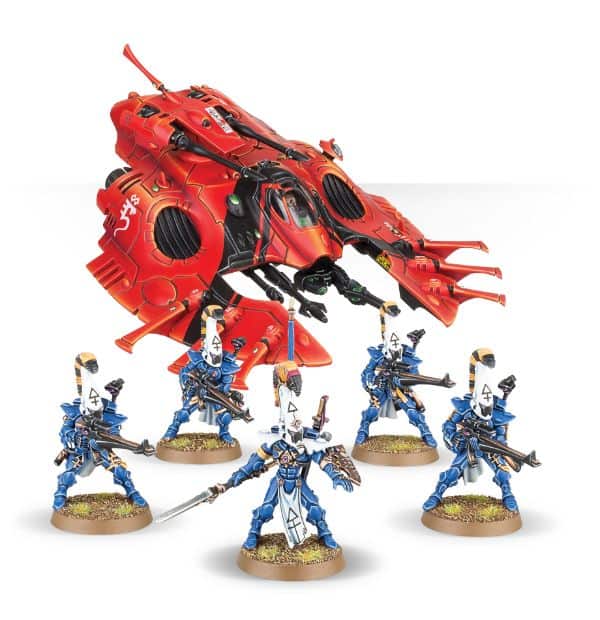 The cost is not only tied into more expensive transport options such as the Wave Serpent due to their improved durability, but also from the fact that Wraith models themselves are often quite expensive.
A unit of 5-man Wraithguard with D-Scythes for example is 225 points.  That’s a lot of points to pay for 5 models, especially when they can be afflicted by bad morale, blown-up transports or other shenanigans that just pulls models.  With that said, the one big difference between Dark Eldar and Eldar heavy weaponry is that some Eldar weaponry can auto-hit, or can be drastically improved via Guide and Doom with the help of their Farseers.  Lastly, the top things off, the Eldar have Shuriken Cannons that fulfill the unique role of delivering plentiful, mid-strength attacks that can potentially rend.  This compliments Dark Eldar very well because they can bring the high-end lances and poison, while Eldar can bring in the mid-level fire support combined with some really nasty D-weapons. 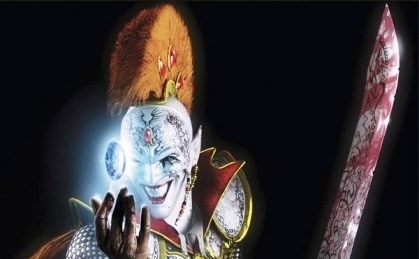 Well, what about Harlequins?  For me, they don’t really have an definitive role in the way I’m currently playing the game.  I’m not very CC-oriented at all and I’m depending a lot on my ranged firepower to keep me in the game.  This, of course, is all subject to change as I play more games, especially against more CC-oriented armies that have a lot of bodies.  For the time being, I’m going to focus a lot of my Ynnari into doing massive amounts of damage from ranged at all range-bands.
So what do you get when you combine the best of Dark Eldar and Eldar together?  You get a shooting force unlike anything you’ve seen in the game so far.  You have a lot of cost-effective, long-ranged firepower in the form of Dark Lances through 155-point Ravagers, you have mid-ranged S6 shooting from 3x Shuriken Cannons from the Wave Serpents, and once you start getting close, that’s when the real pain starts happening.  Wraithguard with D-Scythes will absolutely maul anything they get into range to shoot.  With auto-hitting D-weapons that can continue to deliver pain through the shooting phase, Soulburst triggers or even Overwatch, you have some of the most insane, guaranteed damage in the game.  Even T8 creatures have to fear the DE and Eldar mix because of the presence of rending Shurikens or massed poisoned shots.  All this together is what makes the Ynnari a truly impressive force to behold on the battlefield.
With that said, here is the list I rolled out with on Saturday:
Updated: 6/22/17
1999
Ynnari Battalion – 6 CP, 9 dropsHQ:
Farseer, Singing Spear = 120
Doom, Guide

So far, really enjoying it.  It seems to be a very nicely balanced list that has all the proper tools to deal with a large number of threats.  How competitive this list will be still requires some rigorous testing, but it should be a nice list to bring on game nights. 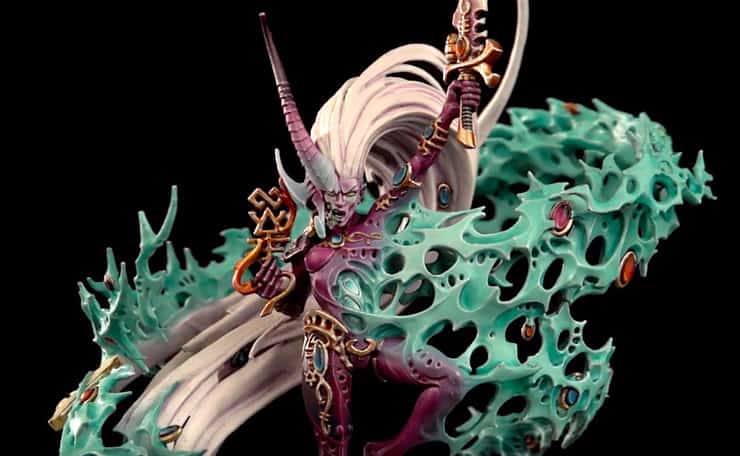 On a side-note, I know how disappointing this might be for a lot of my long-time readers of my Dark Eldar blog, thinking that I’ve turned my back on the DE as a whole.  To explain myself a little better:  Once the Ynnari came out, I’ve pretty much decided that’s the faction I wanted to play.  They are what the combined might of the Eldar race should be in the first place, something reminiscent of the Eldar before the great Fall.  The pure power and majesty of the Aeldari when everyone puts aside their squabbles is unparalleled.
Once the new codices come out for every faction, I’m sure they’re going to add a few changes here and there that will be interesting.  However, none can refute that the Eldar have been reunited once more should take their rightful place in the stars.
First, we gotta kill that little annoying Slaanesh. 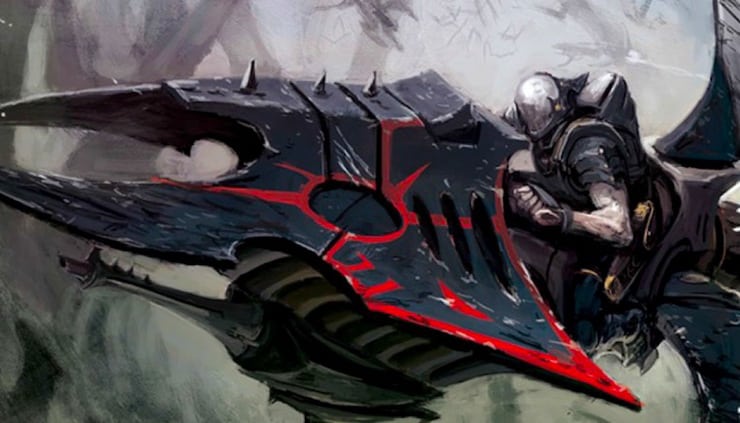 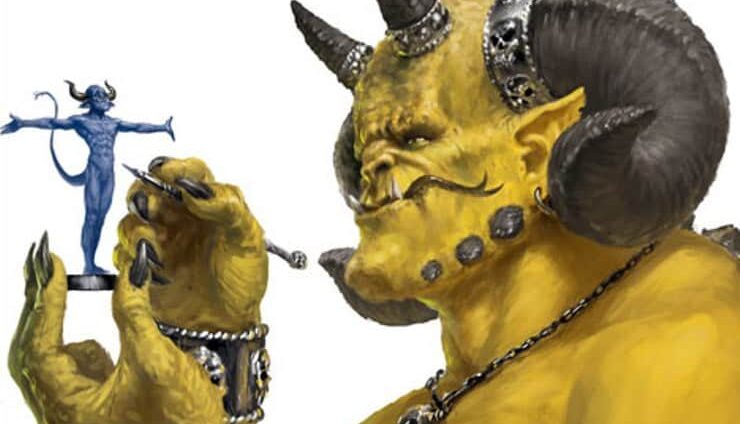 PREV ARTICLE
« Half Way There? 2017 Hobby Resolution Check In 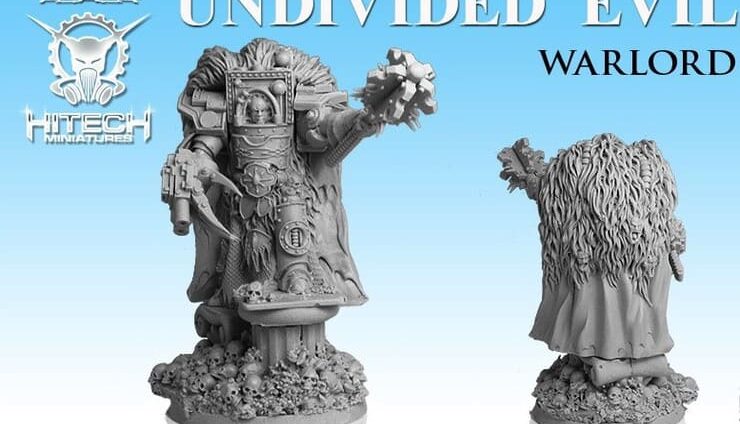 NEXT ARTICLE
Warlord Horus & Emperor Counts As By Hitech »
If you buy something from a link on our site, we may earn a commision. See our ethics statement.

About the Author: Lawrence King