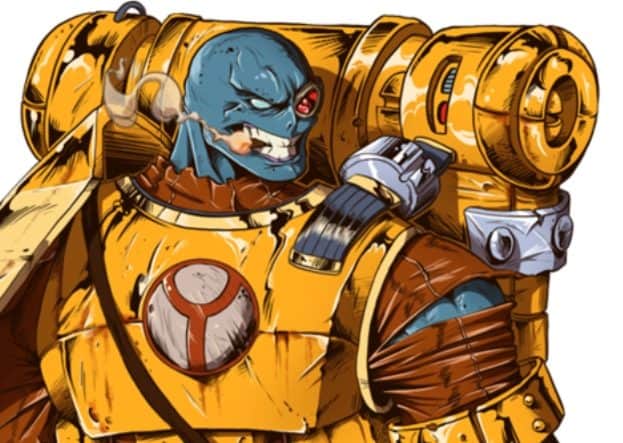 A propaganda cast from your friendly neighborhood Water Caste T’au warns you against the evil of giving into the Primaris hype.

That gloriously handsome propaganda merchant of the T’au Empire is here once again with a new message: Primaris Marines won’t save you…. Only the Greater Good can save you.

Hello inferior Gue’la of humans imperials of man. It has been long time since we talk, yes?

Many thing have happen since last time you are hearing from noble propaganda officers of glorious T’au Empire. Imperium of man has giant stain of barbecue sauce cutting empire in half and God Emperor of Gue’la armies are too dumb, slow, and primitive to defend against forces of aliens and spikey Gue’la who listen to GWAR.

Since I am generous and all-knowing of such things, being superior T’au intellect, I will tell you of many failings of human empire of mans and why you should be joining the Greater Good instead!

Are you making the ready? Okay good. Here is go! 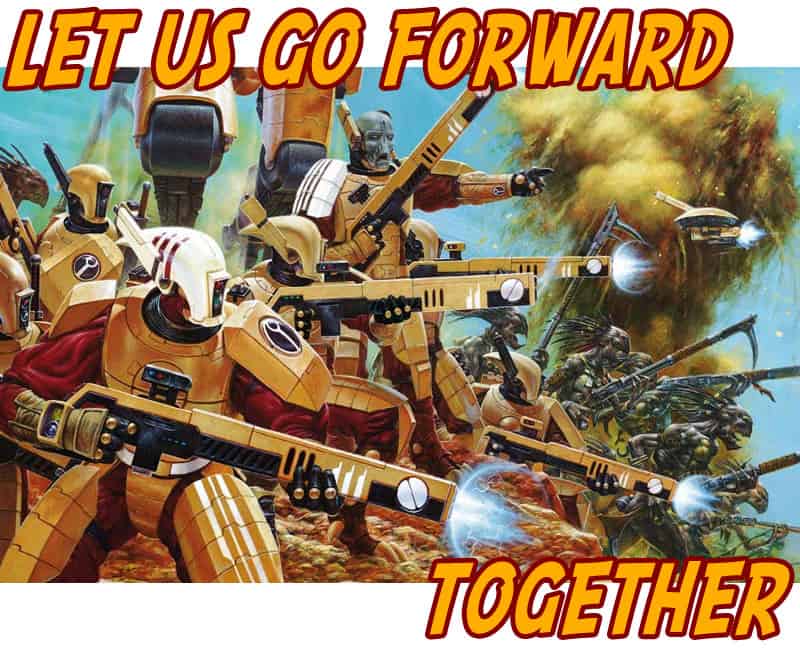 Space marines are silly man with ego of teenage boy who is having undeveloped tiny [REDACTED] organs. Humanity has unhealthy and Imperialist obsession with makings of all things bigger, even when bigger is not always best idea.

New dreadnought is very silly. Is very pretty model, but functionally, has weapon options that are inferior and boring to other choices. Gue’la are incapable of developing new and exciting technologies. Everything new dreading not does, leviathan dreadnought already does better and has many more exciting load out options… Silly Gue’la! Only purpose of new dreadnought model is for proxy as leviathan! HA! Will you ever have good idea for anything new? At least model is very pretty.

Perhaps is one good load out – Dakka dread. But why is there point of having Dakka dread, when Stormraven flies and has many dakka? Role is already fulfilled.

Rowboat man and Belly Severus Snape am having almost good idea on this one, so I am giving them the credit where it is due….. HA! I am making joke. The credit goes to glorious T’au Empire. We are having the hovering tanks all along! How can Gue’la be so backward and stupid! Hovering tank is nice looking model but lacks 2+ saving throw of Land Raider and only carry fatty new marine. Also, Land Raider and Predator Annihilator are having same number of lascannon shots. Why are Gue’la always making new models that already exist?

Scary Gue’la warrior skull man in lingerie style power armor is making a big fear for noble warriors of T’au Empire. He can deploy by deep strike and get very close to enemy… And then get shot in face! Why are silly skull man not having melta bomb or plasma gun? Can they no have the weapon option? How am Gue’la army supposed to accomplish anything without support? Good work Belly Severus Snape, you are almost scaring us with spooky marine that time but noble Fire Warrior has heart of grox and will of eagle. 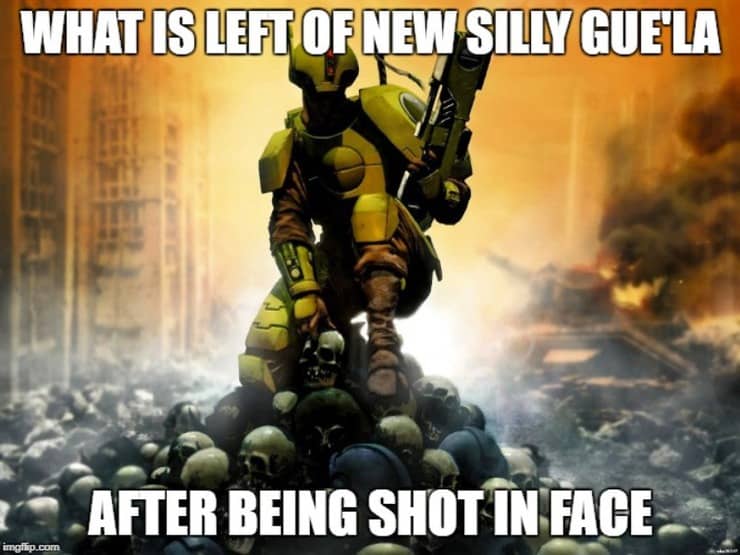 Yet another monument to inferiority of Gue’la. This sum up Gue’la way of war perfectly. Make something so big it cannot be transport anywhere. In this case, marines. Good luck going anywhere, silly giant fatty marine man. Enjoy being lit up by Comrade Markerlight while standing in open without Rhino to cower inside of!

Man with jump pack and 2 giant pistol from Starcraft 2? I am not even knowing why Gue’la even try. At least is fun unit. Reminds me of glorious crisis suit but without superior tactics and choice of many gun.

Again, Gue’la would be dangerous if they could fit through doors and get inside of silly transport vehicle. How am plasma man supposed to be able to shooting gun when he must walk to battle? Glorious Crisis Suit Fire Warrior is already strike like cobra and out of range again.

So you see friend, Gue’la is very silly and have tiny undeveloped [REDACTED] for compensate with big new marine models. Truly your best option is the joining Greater Good and buying many Ripping Tide Gundam for winning game of Warhamster 40. 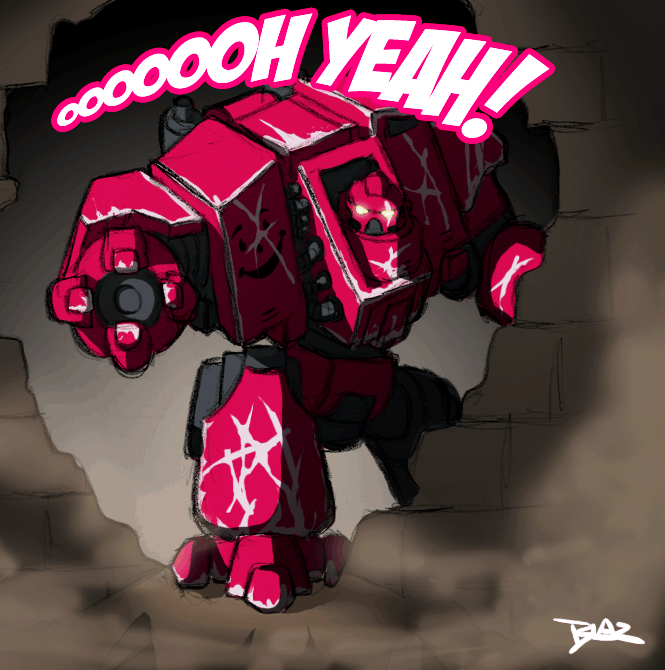 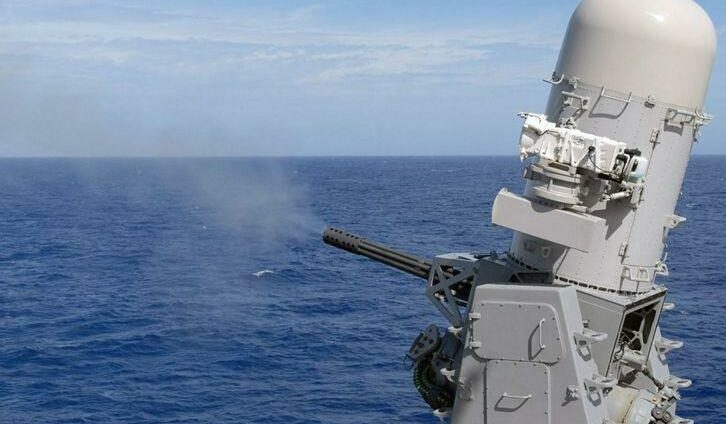 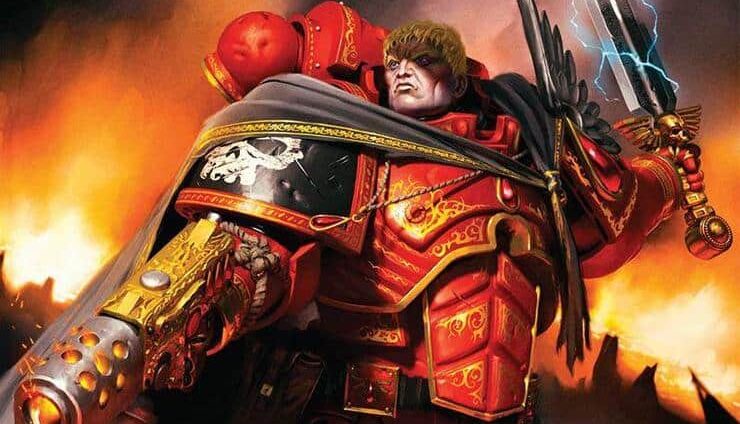 NEXT ARTICLE
NOV Black Library New Releases Revealed »
If you buy something from a link on our site, we may earn a commision. See our ethics statement.