Oh jeez Rick, Mortarion was fun to unbox and assemble. But, how does he measure up when compared to other large units in the Warhammer 40k universe?

Checkout just how amazing the new Mortarion miniature is from a size and design perspective and get ideas for assembly!

So, Rob was like a kid in a candy store as he unboxed and assembled Mortarion, Daemon Primarch of Nurgle. He was able to assemble him in two hours and could have shaved some time off that, in retrospect. Then, he went one step further: compared it to all the things! This latest showcase features the new Mortarion model, how it is designed, and how it stacks up to similarly priced models from Games Workshop. Let’s just say that Magnus was able to match up to Mortarion, nipple horns included.

Here is a sample of our showcase to give you the lowdown on what you can expect from the new Mortarion model..

For our complete showcase, be sure to scroll down and press play on the full video below. 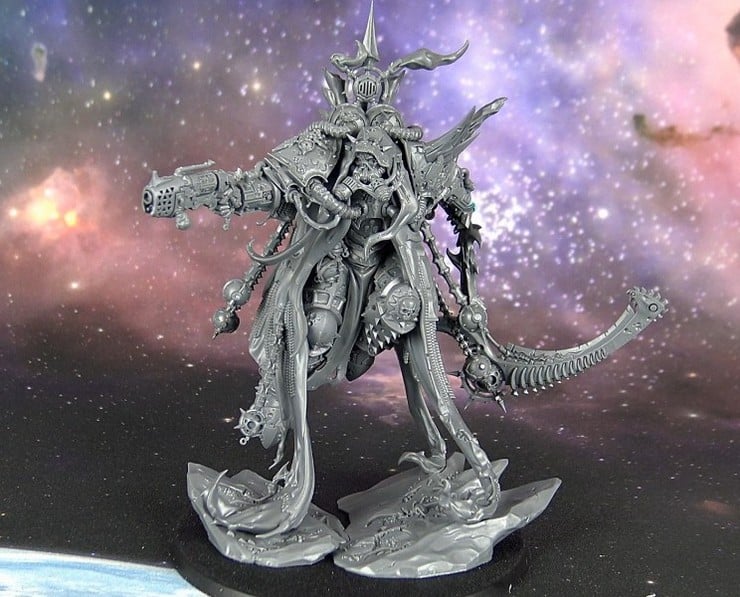 So, here is Morty himself, sans wings as they will be painted separately. As a matter of fact, Rob blue-tacked/fitted but not glued the head and Silence for this showcase, since they will be easier to paint as individual pieces. It is recommended that you consider painting this model in sections as it can and will be difficult to paint/airbrush certain areas. What is amazing about this kit is how Games Workshop was able to hide most of the flash line areas with overlapping seams and raised edges. Some areas will simply be covered by other components and will be seen at all. Now, it is not going to be perfect but it is a definite step up in terms of design and quality that we like to see. 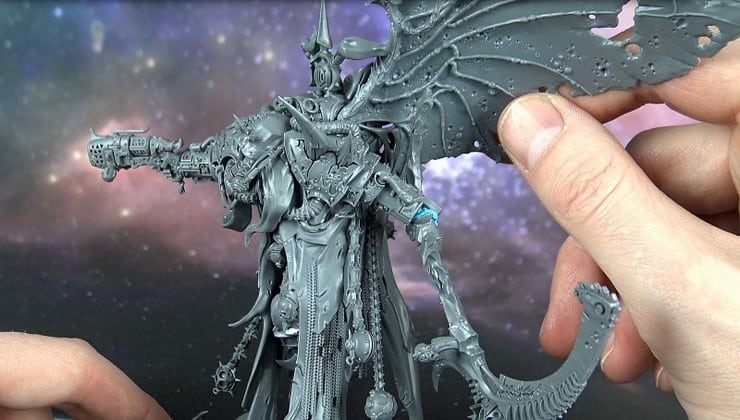 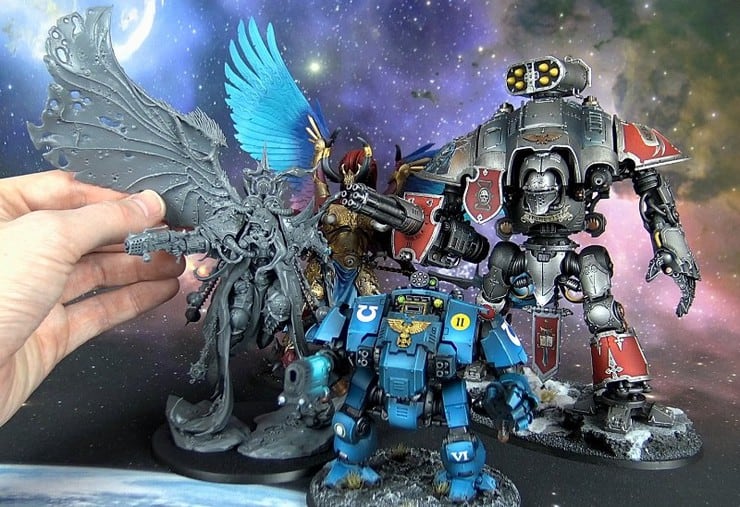 In terms of size, Morty and Magnus are about equal. The Redemptor Dreadnought is far smaller yet shares the same base size as Morty. Lastly, the Imperial Knight, while larger in body, is slightly shorter than Morty when his wings are attached. Where Morty shines is the sheer level of detail that is packed into every inch of the model. If you want to see just how much detail, perhaps you should check out the full showcase video below! 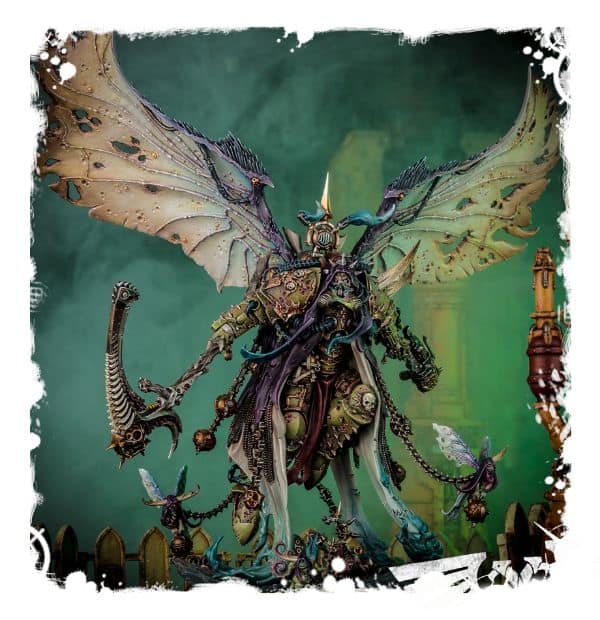 For ten thousand years Mortarion, Lord of the Death Guard, has crushed his enemies upon the field of battle. Surrounded by chittering Daemon mites, droning flies and noxious plague vapours, Mortarion swoops into battle on vast, creaking wings. the thudding beat of these foul pinions fills the enemy with crawling dread, even as they waft the reek of death across their lines. To even stand in the presence of the Death Lord is lethal, opponents choking and collapsing as they succumb to the myriad plagues that churn the air around him. 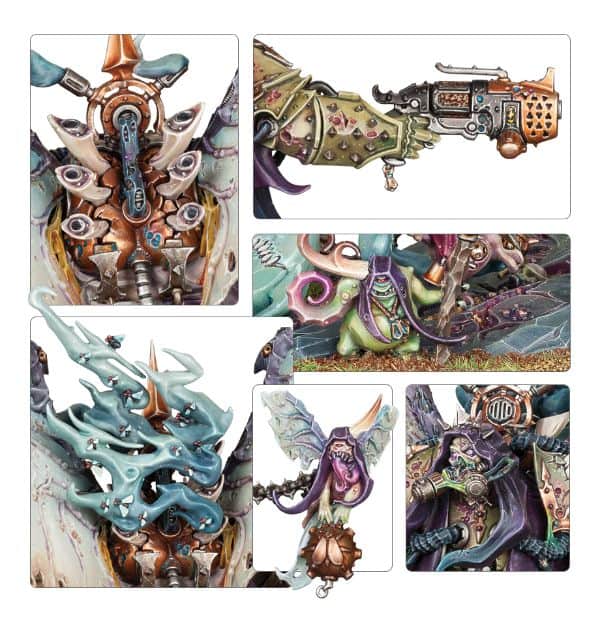 This multi-part plastic kit contains the components necessary to assemble Mortarion, Daemon Primarch of Nurgle. This is a towering model – the word ‘miniature’ barely does it justice, as he looms over the rest of the Death Guard and gives even Bloodthirsters something to look up to! He is clad in baroque power armour known as the Barbaran Plate – this is covered in rust and rot, with skulls, spikes and Nurgle symbolism on each of the chunky components. Mouldering robes, chains and a rotten cowl hang from this armour, partially covering the system of pipes that feed his breathing apparatus – it is safe to assume that this ventilator isn’t delivering fresh and clean air to Mortarion, rather vile spores and disease. 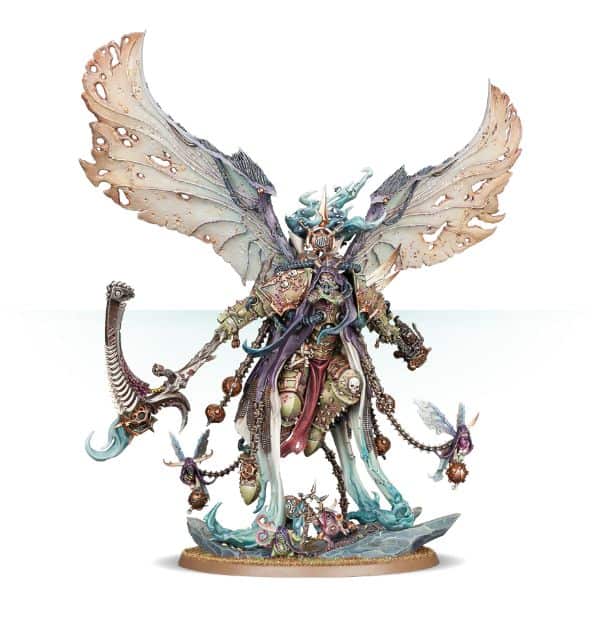 He is armed with 2 foul weapons: a massive scythe named Silence, a rusting yet razor-sharp blade featuring brutal chain-teeth, stained with the blood of worlds and capable even of hacking a Reaver Titan to pieces; and The Lantern, an ancient energy pistol. There are two modelling options for these weapons – one option features the weapons down by Mortarion’s side, the other features a much more aggressive pose.

Mortarion features huge, decaying wings – these are modelled with pockmarks, holes and tears, representing the horror and decay of Nurgle’s hordes. Speaking of Nurgle’s hordes, there are plenty of extras with this kit – 2 Nurgling Drones carrying phosphex bombs hang from the chains on Mortarion’s armour, with a further 3 on the base: 1 carries a Chaos icon, one waves a censer and one carries a tank of unmentionably horrid substances. The base itself is detailed with rocks which themselves are being corrupted by the foul presence of the Daemon Primarch.

Mortarion, Daemon Primarch of Nurgle comes as 78 components, and is supplied with a Citadel 100mm Round base.

Mortarion, Daemon Primarch of Nurgle is available now online and in local Games Workshop stores. Be sure to press play on our showcase video below for the full detail and comparison breakdown.

For more on Mortarion and all things Warhammer 40k, visit Games Workshop! 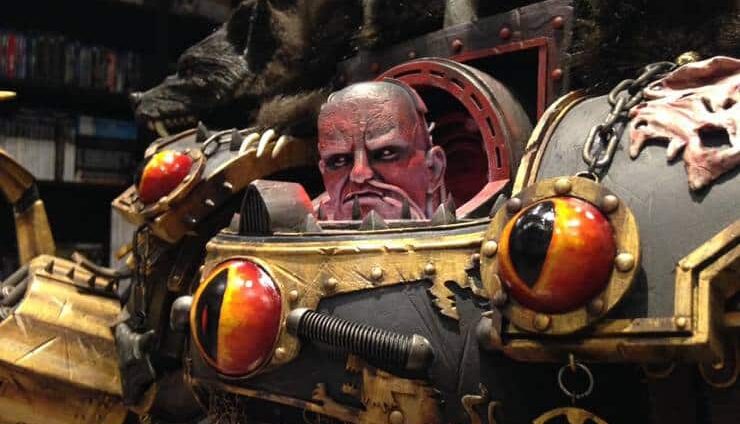 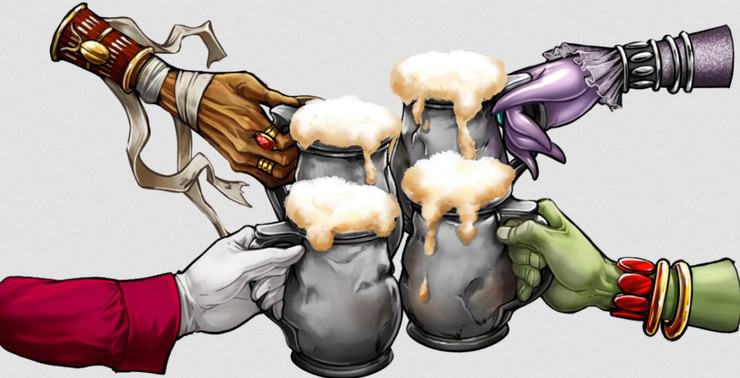 NEXT ARTICLE
Enter the Villains: New Red Dragon Inn on KS »
If you buy something from a link on our site, we may earn a commision. See our ethics statement.