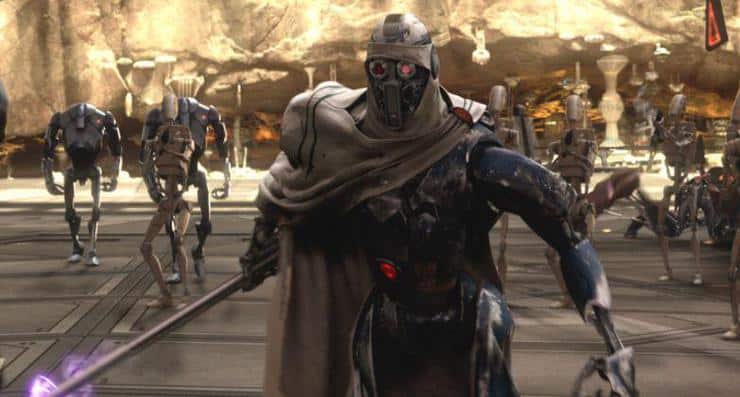 Darth Vader has a new bodyguard in town. The relentless Magnagurd has entered the battlefield in Star Wars Destiny. Time for payback! 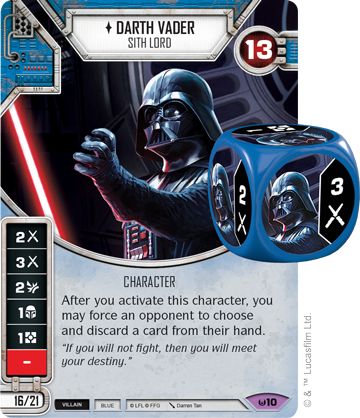 The Dark Lord of the Sith is still in the fight in Star Wars Destiny! With his incredibly powerful melee sides on his character dice, no foe stand up for long to Darth Vader. But it can be tricky to find a partner for the elite version of Vader at 21 points. That was, until Magnaguard came about! 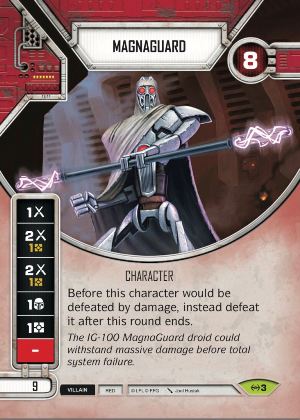 This 9 point character fits perfectly in a deck with elite Darth Vader and supports him with melee sides, shield, and resources. He also comes with the passive ability to stick around after suffering fatal damage. Before Magnaguard would be defeated by damage, instead defeat it after this round ends. If he is defeat by damage before he activates, have no fear! His melee sides that have resource cost may seem daunting, until you see this next upgrade! 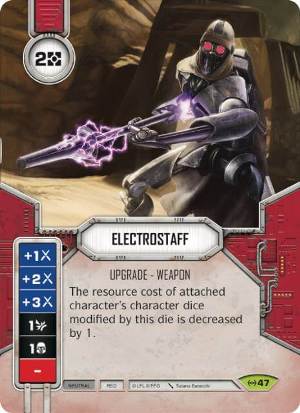 The Electrostaff is a 2 cost upgrade that boosts melee offense. +1, +2, and +3 melee sides ensure that you will have massive damage potential. But the best part about this upgrade is that the resource cost of attached character’s character dice are decreased by 1. No need to spend resources to get your dice to activate! Save those for this next upgrade. 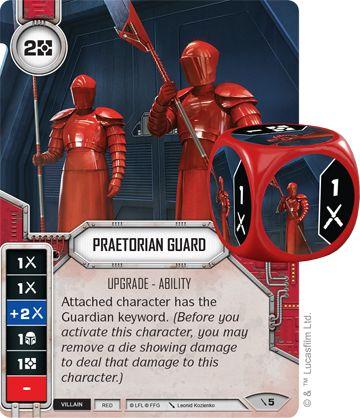 Since the Magnaguard won’t be defeated until the end of the round by damage, Praetorian Guard can be nifty in cheating out dice mitigation. Praetorian Guard is a 2 cost upgrade that not only boost your melee dice further, but adds the Guardian keyword to Magnaguard. For instance, if you have 6 damage on Magnaguard, and your opponent has a 2 ranged die showing, activate Magnaguard to remove the 2 ranged die with Guardian, take 2 damage, and then still be able to activate with his passive ability. What a devious way to keep Vader protected and in the fight! 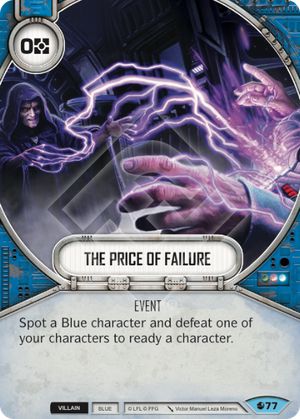 If all else fails and your Magnaguard will not be able to perform his Guardian duties to the fullest, you may force him to suffer The Price of Failure. If Magnaguard already has activated and suffers damage enough to defeat him, he won;t be able to utilize the most of his ability. Play The Price of Failure to defeat Magnaguard yourself, and then ready an already activated Darth Vader to bring more pain to the table! The Dark Lord of the Sith will rise again to use his hatred to destroy his foes! 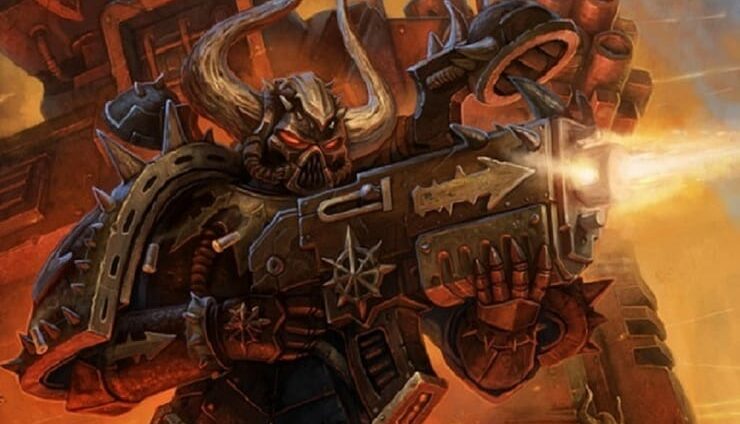 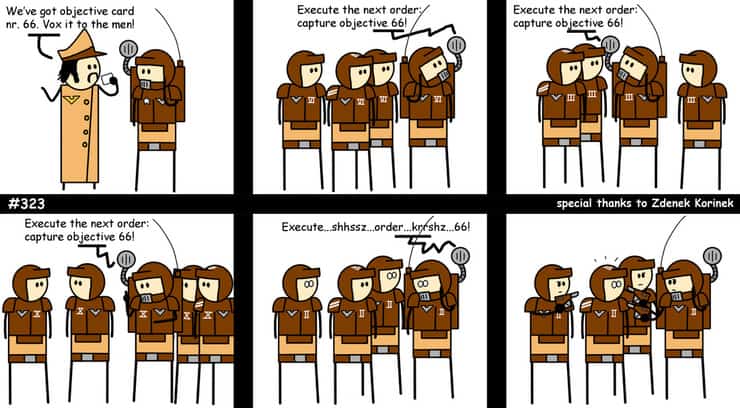 NEXT ARTICLE
Who Wants to Play the Vox Game? »
If you buy something from a link on our site, we may earn a commision. See our ethics statement.