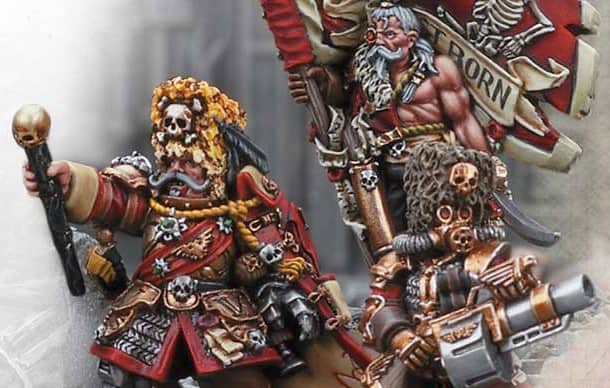 Still in stock! Don’t miss out on Games Workshop’s one-week offering of new MTO Vostroyan Firstborn models that are sure to please!

Games Workshop announced that they would be bringing back the Vostroyan Firstborn Guardsmen models for a short while. If you’ve been wanting to start a Regiment of Vostroyans but always backed out for whatever reason, this may be one of your last chances. Earlier in the year, GW announced that they would stop producing all other Guard factions except DKoK, Cadians, and Scions.

Check out these Vostroyan models that are available until the 2nd of January 2019!

Vostroyan Platoon Made to Order $125 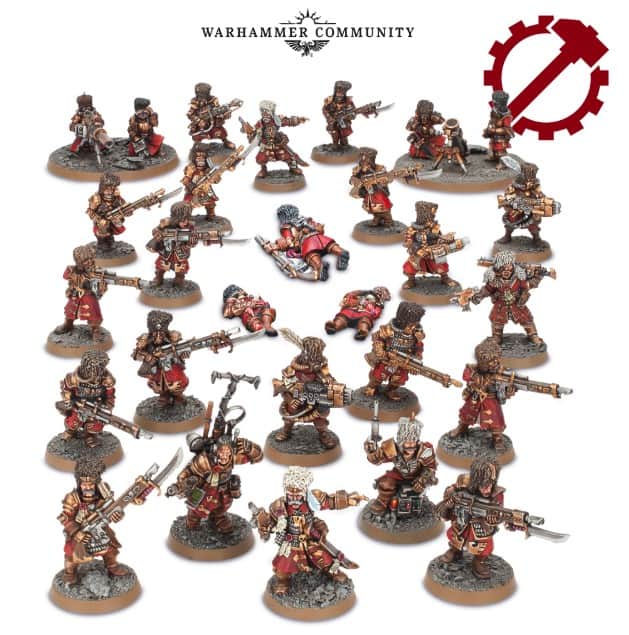 hey are known as the Vostroyan Firstborn, for the families and noble dynasties of Vostroya are beholden to an ancient oath to offer up their firstborn sons as tribute to their world’s Astra Militarum Regiments. Easily identified by their long tunics, tall fur hats and archaic but exquisitely crafted lasguns, the Vostroyan Firstborn are disciplined soldiers, justifiably proud of their heritage and storied reputation.

The platoon set comes with enough models to make two full Infantry squads. It also comes with an exclusive Sergeant unique to this set. The platoon also has a Medic and Vox caster coming along with plenty of options for different weapons on your Infantry models. Lastly, the platoon comes with three casualties that are perfect for Objective Markers! 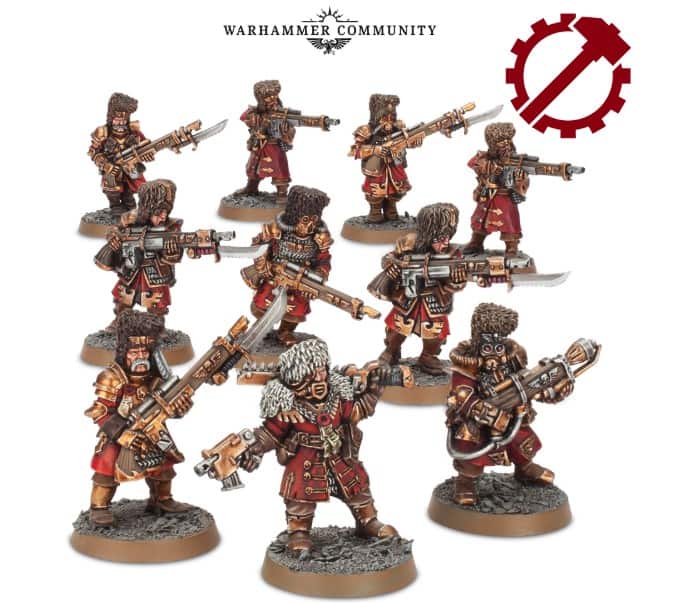 If a Platoon is just too much for your taste, you can go with a regular squad of Vostroyan Troopers. Each kit comes with a Sergeant, eight models with Lasguns, and a flamer. If you wanted to flesh out a Batallion, you’d actually need the Platoon AND a regular squad of Troopers.

By now you’ve probably realized you’ll still need some HQs and some wargear to make those squads exactly how you want them. 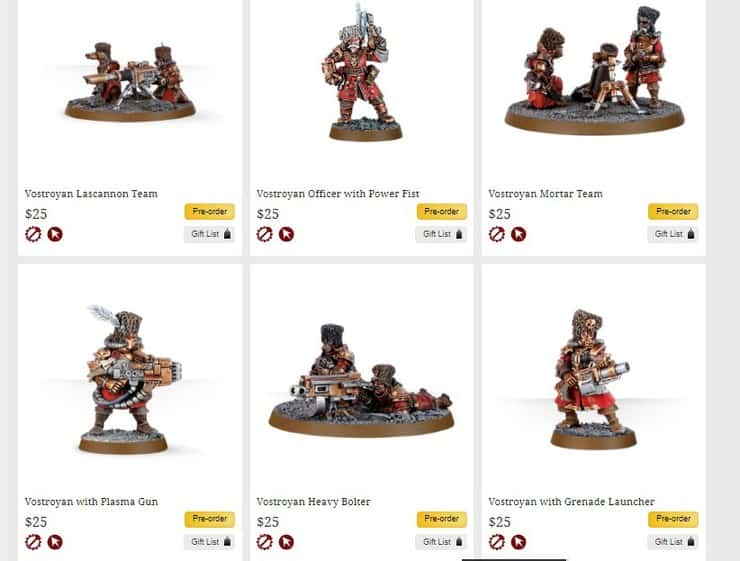 You can also grab a handful of different Officers as well as Snipers and Weapon Teams. Make sure you check out everything they have to offer over on the MTO page and get those Vostroyan firstborn in fighting shape!

What do you think about this old faction going up for Made to Order? Will you finally be starting the Regiment of Vostroyans? How many squads will you be running? let us know in the comments of our Facebook Hobby Group. 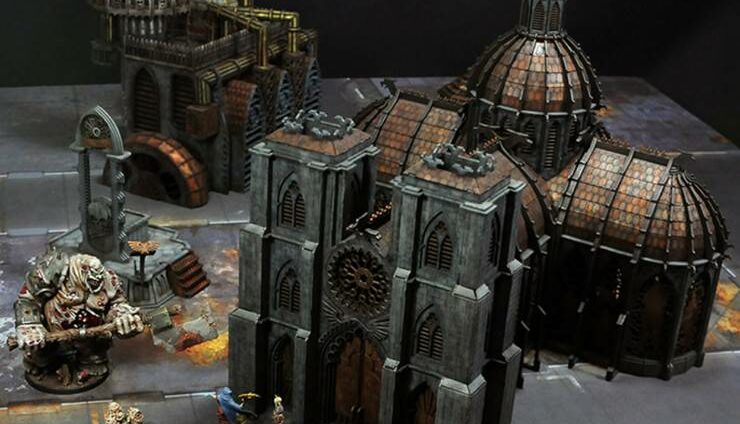 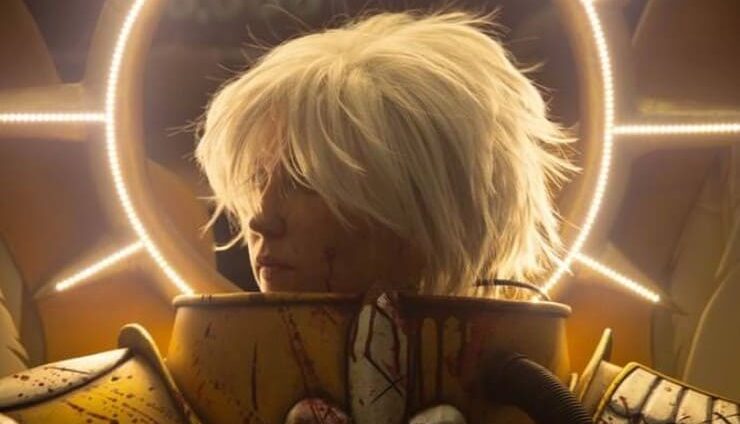 NEXT ARTICLE
Top 8 Cosplay Costume Features of 2018 »
If you buy something from a link on our site, we may earn a commision. See our ethics statement.