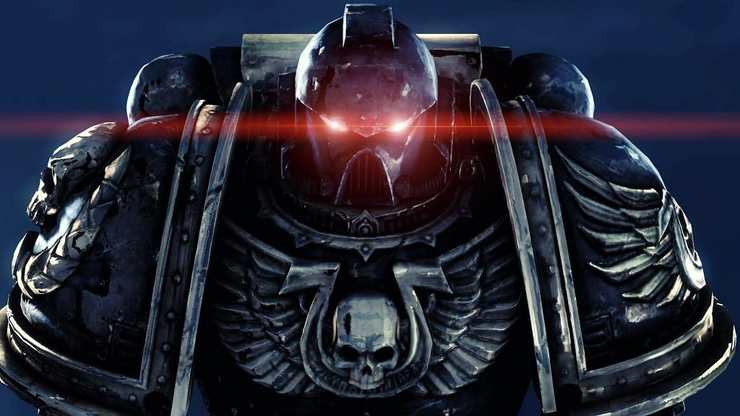 Don’t miss all the new rules that were just spotted for 40k Space Marines and Kroot Kill Teams in the first White Dwarf of 2019!

Back around the holiday Games Workshop dropped a preview of their next White Dwarf that showcasing a Crimson Fists Index Astartes feature and Kroot Kill Team rules as well.

White Dwarf looks to be changing for the better as new rules for the Kroot Kill Team, and the reboot of the 2000’s era Index Astartes article series, are here. The first IA feature looks to be on Crimson Fists, with the video teasers showing what looks to be new rules as well as paint schemes, fluff and more!

After looking at the video, we dug in and tried to get a few shots of the details. It was too blurry to make out exactly what’s on the pages.

But not anymore!  These pages from the White Dwarf were spotted on Imgur over the weekend and are making the rounds now: 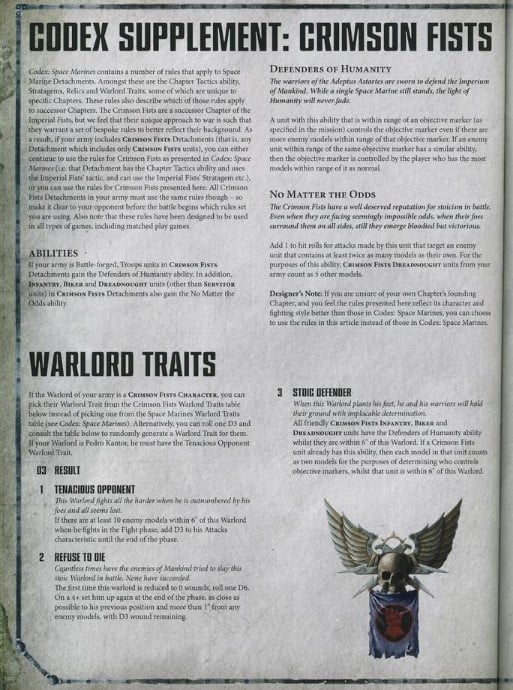 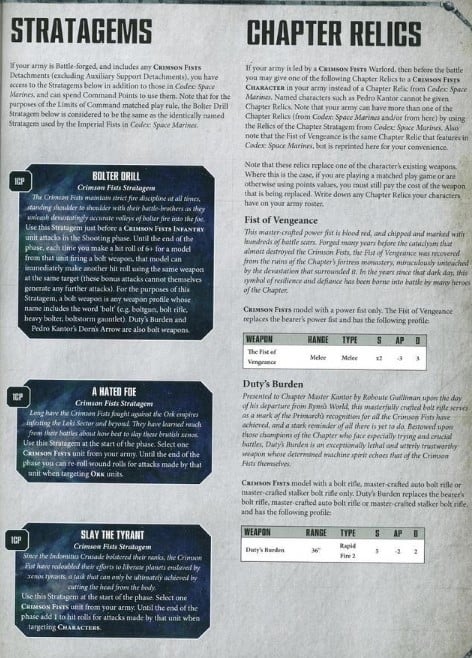 New rules aside if you have never heard of the Index Astartes Series before, it’s actually far from new. Back in the day, GW would publish (in the White Dwarf) a mostly fluff article featuring certain Legions/Chapters of Space Marines that helped cement the background for them that eventually lead into the release of the Horus Hersey Novels starting in 2006.

Some, like the Iron hands, Iron Warriors.. etc. even got a free set of rules as well.

The four tomes of Warhammer 40k knowledge all penned The Index Astartes. were collected and reprinted in the late 2000s over four codex-sized books that contained all the previous White Dwarf articles. They’ve become increasingly rare to find. 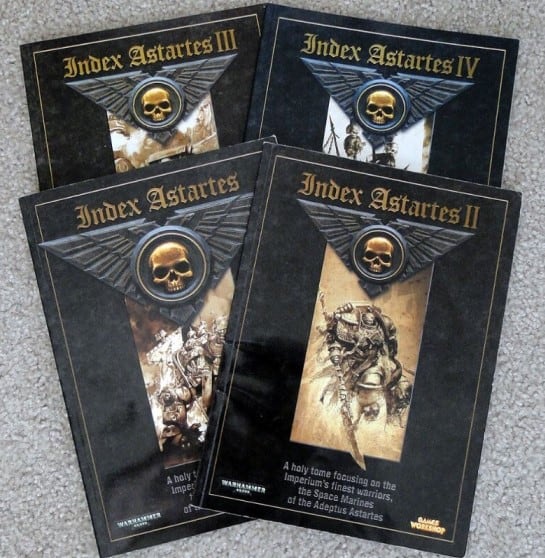 The fluff contained in these books is pretty much what we have to go on for the chapters besides of course what created/ re-mentioned in the last several Space Marine codices, the older rougher second edition books, and of course, the Horus Heresy novels post-2006.

But some things have been severely retconned since as well.

Speaking of the Index Astates, in the present, let’s take a look at what other features will be included in 2019. 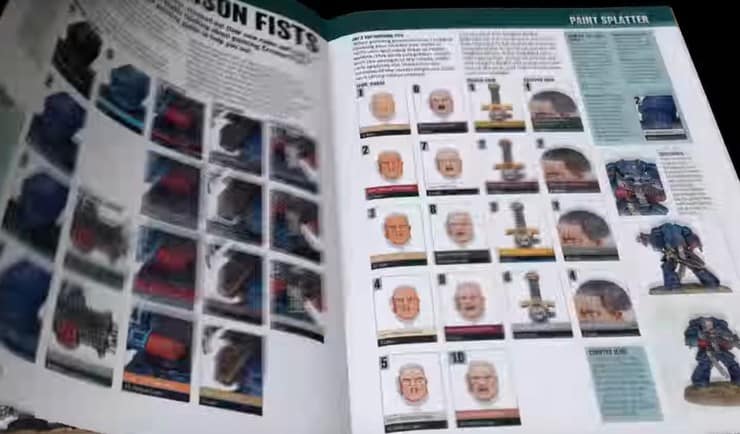 This IS in a White Dwarf after all. It wouldn’t be complete without painting guides on the featured Chapter!

One thing is for sure. It’s exciting to see new rules and features in the White Dwarf again. 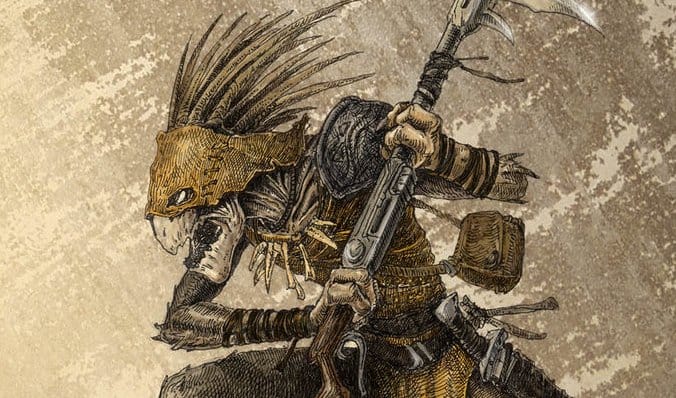 Crimson Fists aren’t the only new thing spotted in the new White Dwarf.  In the video, you can almost make out without pausing the video, new Kroot Mercenary rules for Kill Team:

They were also posted on Imgur as well: 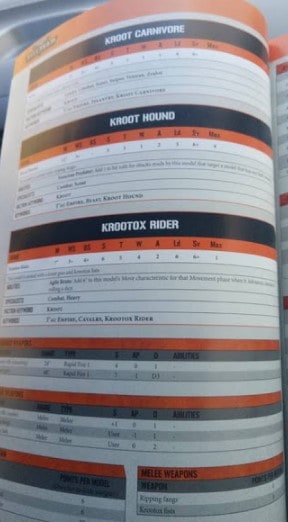 Above are a few stat-lines for the Kill Team models themselves. (Kroot Carnivore, Kroot Hound, Krootox Rider).

This image from the video is pretty visible and shows the new tactics: 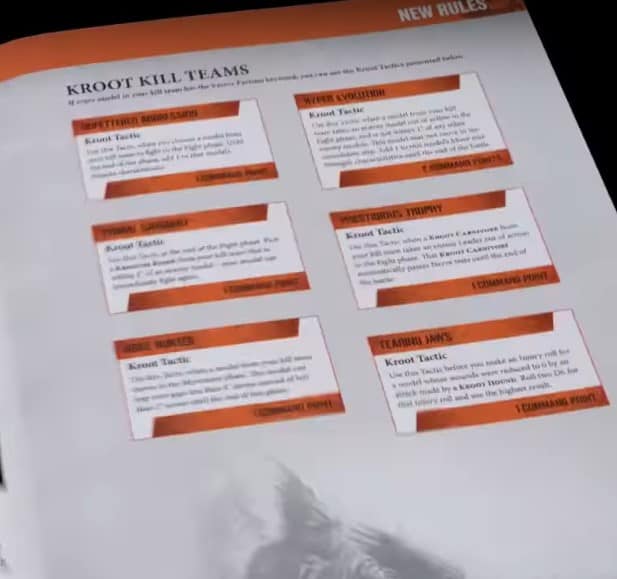 The last Stratagem Tactic on the bottom right is definitely for some kind of Kroot Hound getting to pick the highest injury roll result.

All in all, it makes sense that Kroot would pop up in Kill Team. They are a primitive race that still goes on hunting parties and could easily have some skilled sharpshooters in their bunch.

It’s cool to see the Index Astartes series returning and even if they print features on the chapters besides the 8 main loyal ones (that have codex books) they will have more than enough content to last into 2020 and beyond!

What do you think White Dwarf previews? What Chapter would you like to see get re-vamped next? Will you be starting a Kroot Kill Team? Let us know in the comments of our Facebook Hobby Group. 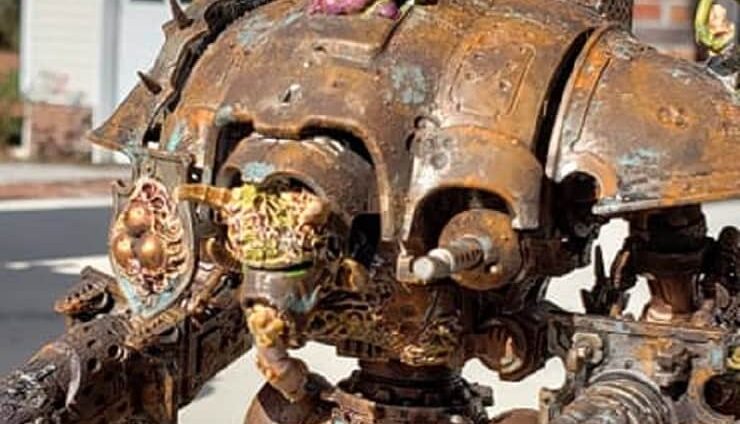 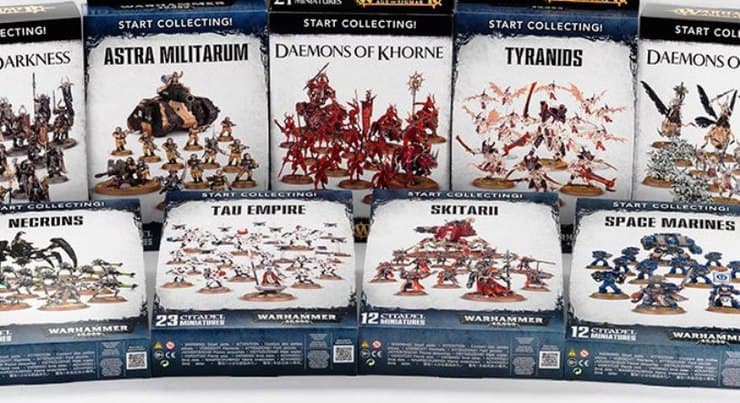 NEXT ARTICLE
Save $$$ With These Warhammer Start Collecting Box Values »
If you buy something from a link on our site, we may earn a commision. See our ethics statement.