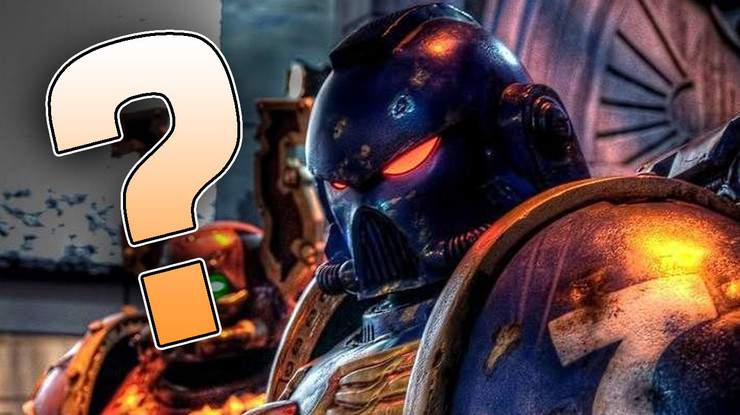 Did you notice there was no Boxing Day mini from GW this year? We have word on what it was supposedly was and why it never made it to store shelves.

For the past two years in 2016 and 2017 respectively, Games Workshop has released a new “exclusive” model on Boxing Day (December 26th). Normally they can only be found at GW stores for a limited time. For example, 2016’s release was the Primus Medicae for Horus Heresy. The 2017 release was a new Sly Marbo model.

So where is 2018’s? There were rumors sprouting up around the internet of what people thought it would be, but as you already know, such exclusive never showed up on the 26th of December. 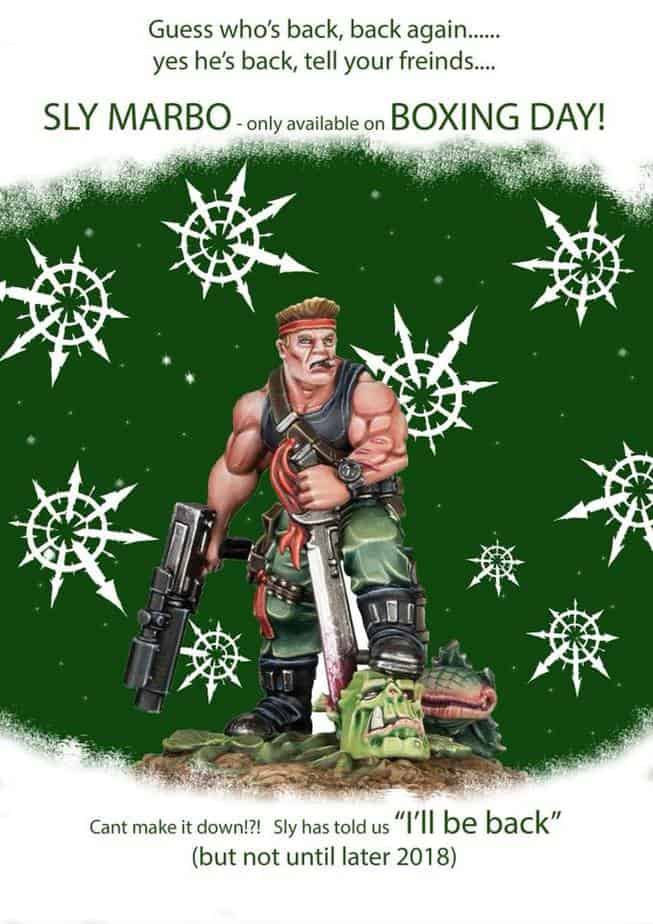 What Happened to the 2018’s Boxing Day Mini? 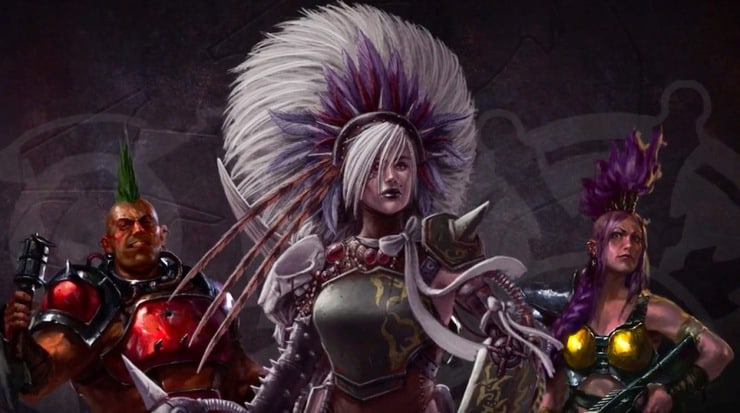 Multiple GW store managers/staffers have confirmed to Spikey Bits that the Boxing Day mini didn’t show up because the model was deemed “not suitable”. They also said that it was supposed to have been a Clan Escher model of some type from Necromunda.

Now while we love all the strides that Games Workshop has been making to be more inclusive for all hobbyists right down to miniature design, the not suitable comment seems to come at a time where things like this are a bit unexpected from them.

So what model from the Eschers could have potentially been so controversial that it was supposedly deemed “not suitable” that the Boxing Day exclusive was scrapped (or was that even the case altogether)?

Well, we can think of one model that has perhaps still not aged very well. Do you remember D’onne Ulani or “Mad Donna” as she was originally called in the early years? 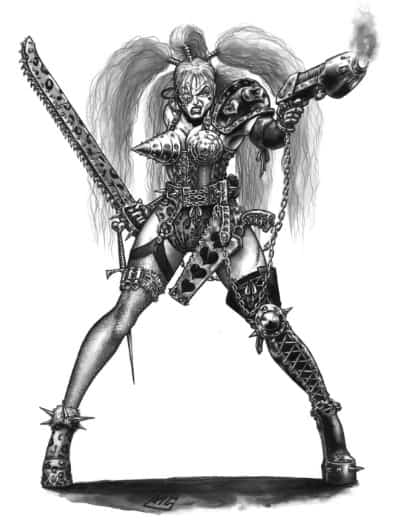 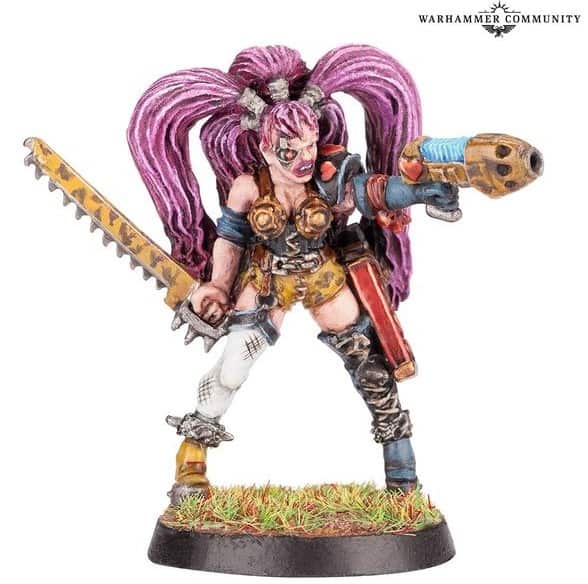 Mad Donna as seen recently from one of GW’s MTO offering.

First thing’s first, this model could definitely use a reboot. GW has exceeded detail and stunning poses on their later models. So why could this have been deemed “unsuitable”? 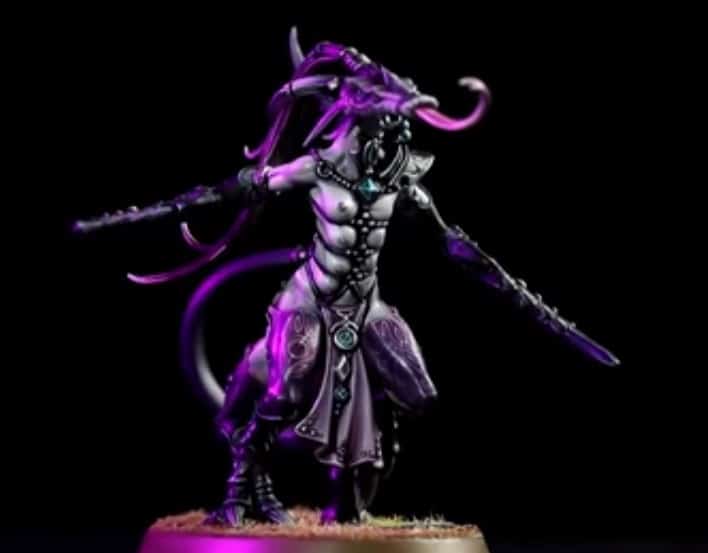 Perhaps the model may have been too risque…even though Slaanesh models like the new Fiends throw any kind of wholesomeness out the window.

On the other hand, the model may have just not gotten enough approval from the upper management and the team didn’t have time to release another mini. It is a little odd that we didn’t see any kind of teaser from GW weeks before the scheduled Boxing Day nonetheless.

So there you have it, a solid case as to why there was no Boxing Day exclusive for 2018, and while we’re not saying it was or wasn’t a new Mad Donna, it still would have been fun to see a new lady model, Sisters of Battle, Escher, or otherwise. 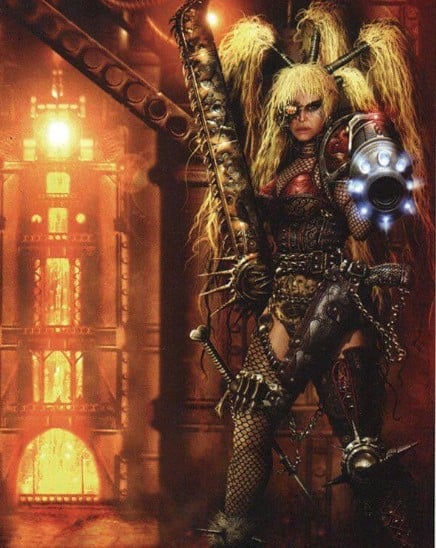 And while may have not gotten an exclusive Boxing Day mini, but we did get the Slaanesh Noise Marine that is impressive just the same.

What would you have like to have seen for Boxing Day? Let us know in the comments of our Facebook Hobby Group. 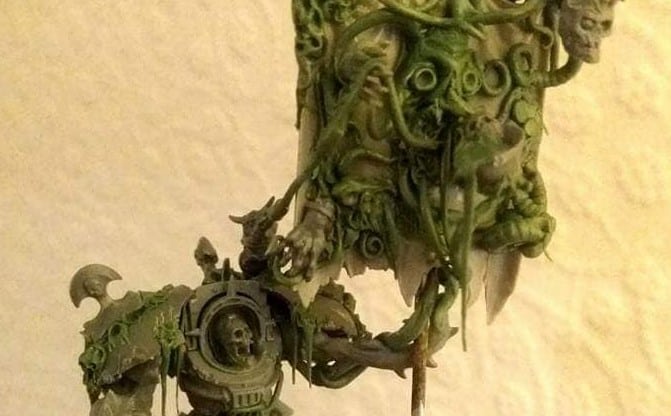 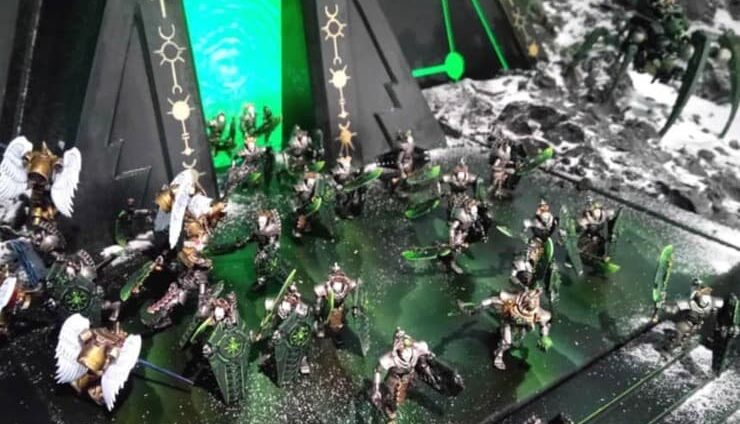 NEXT ARTICLE
Blood Angels & Necrons: GW’s Diorama Showcase »
If you buy something from a link on our site, we may earn a commision. See our ethics statement.