The long-anticipated release of Battlefleet Gothic: Armada 2 is finally here. Grab your copy and begin your crusade through the Imperial star systems!

If you haven’t heard, Games Workshop’s Battlefleet Gothic: Armada 2 game is finally out. You can even get it now on Steam! Check out the details of the game and see all the adventures lying in wait for you as you venture the stars.

In case you didn’t know what Armada 2 is about, it’s a game of strategy and wit as you maneuver your fleet against all kinds of space threats. (I.e Tyranid Hive Fleets or a Chaos raiding parties). These ships in the game are absolutely massive and show off the true power of the races in 40k.

Armada 2 is here and it’s got all twelve factions from the tabletop you know and love. As well as three different campaigns for Tyranids, Necrons, and Imperium. Abaddon and Roboute Guilliman will be making guest appearances somewhere in the storyline as the Black Legion and Imperium try to gain ground amidst the Xenos threats.

You can play any one of twelve different factions, each with a wide range of ships, weapons and upgrades. Defending the Imperium are the Imperial Navy, Space Marines and Adeptus Mechanicus. They are opposed, of course, by the forces of Chaos – and a wide range of xenos factions: Asuryani, Drukhari, Aeldari Corsairs, Orks, Necrons, Tyranids and two factions from the T’au Empire – Protector Fleets and Merchant Fleets.

It cuts from the scene and then eventually shows a Blackstone Fortress crashing down into a planet. To put things simply, it looks like the game is full of action. 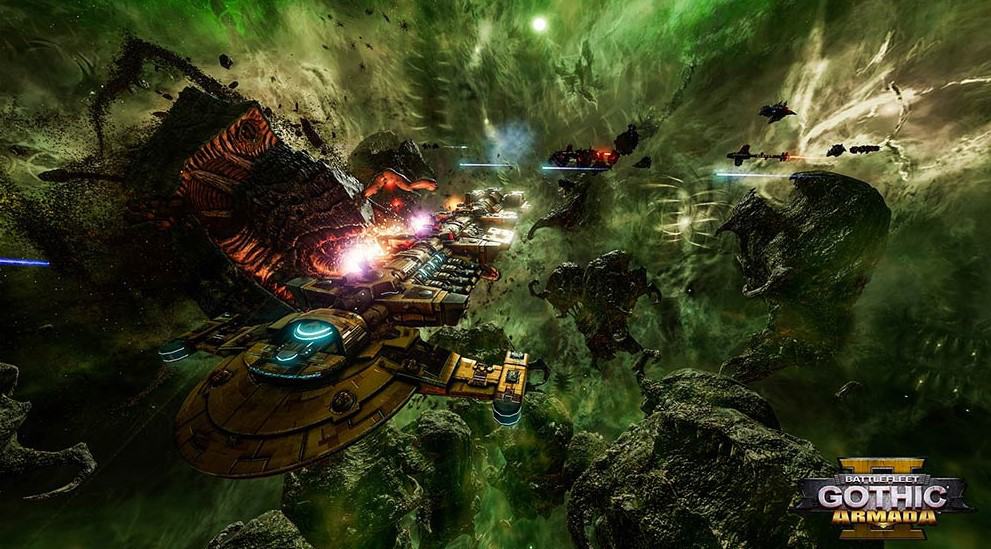 Build your fleet from scratch and customize the gear your forces will be bringing into battle. You’re going to need all the help you can get. 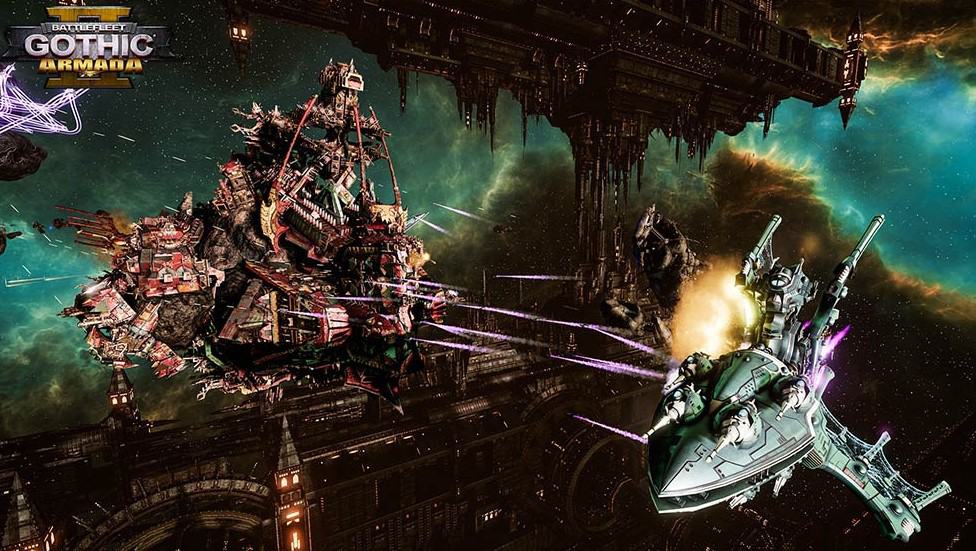 You may love 40k on the table, but if you were wanting to experience the world on a grander scale, check out Battlefleet Gothic: Armada 2 and ready the ships of your favorite faction for war.

Have you played the first Battlefleet Gothic game? Which faction has your favorite ships? Let us know in the comments of our Facebook Hobby Group. 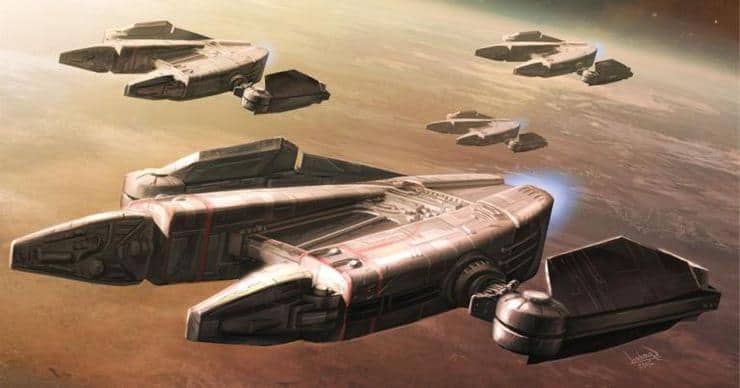 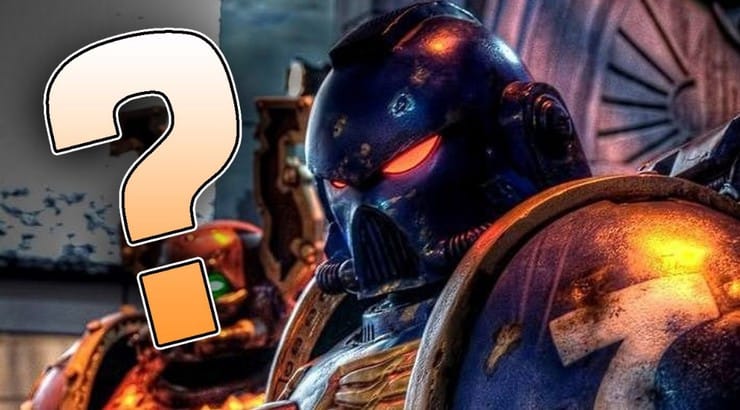 NEXT ARTICLE
GW Reveals 40k Mystery Vehicle Hidden In Plain Sight! »
If you buy something from a link on our site, we may earn a commision. See our ethics statement.