The Terror To Behold: Vader In Star Wars Destiny 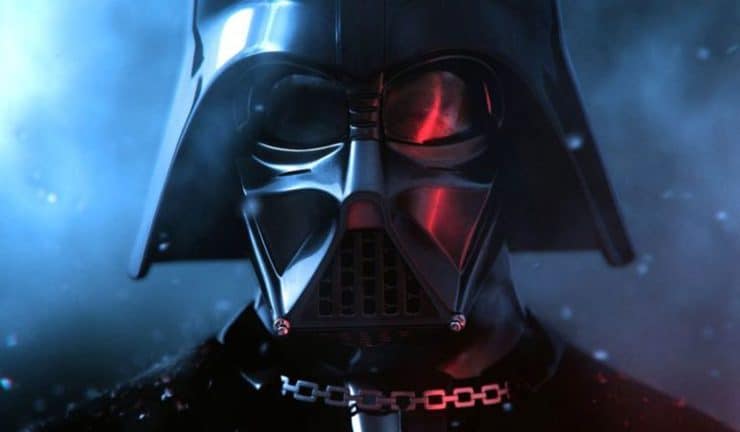 Move over Snoke! Darth Vader is now the most fearsome Villain to watch out for in Star Wars Destiny. Watch the power of the Dark Side in action. 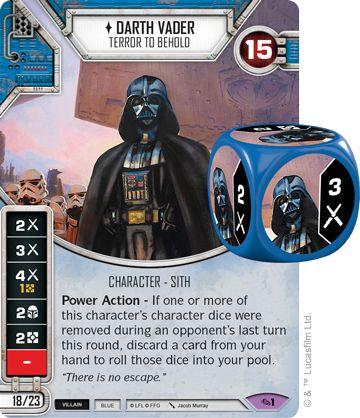 Darth Vader is truly terrifying in his new version, being at 15 health and having an impressive array of abilities. Ever the sinister swordsman, Vader is packing powerful melee dice sides, including a 4 melee for a resource! 2 shields and 2 resources ensure that Vader will not go down easy, and his Power Action brings his relentlessness to bear on the Heroes of Destiny. If one or more of Vader’s character dice were removed during an opponent’s last turn this round, discard a card from your hand to roll those dice into your pool. Even if Vader’s dice are removed, he still keeps coming by rolling them back in! 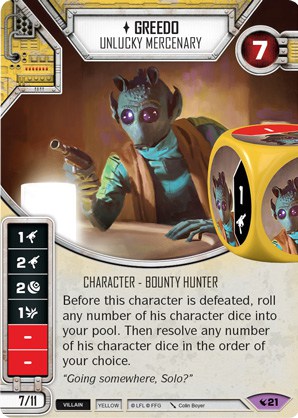 At 23 points as an Elite, Vader can have a tough time finding a partner, unless you include the Unlucky Mercenary, Greedo! Greedo is useful to Vader, even in death. At 7 health, he may not live long, and his character dice is almost entirely suited for dealing damage. His greatest usefulness lies in his ability that triggers after he is defeated: before he is defeated, roll any number of his character dice into your pool, then resolve them in the order of your choice. If Greedo goes down, he can still ping off a quick shot of ranged damage! 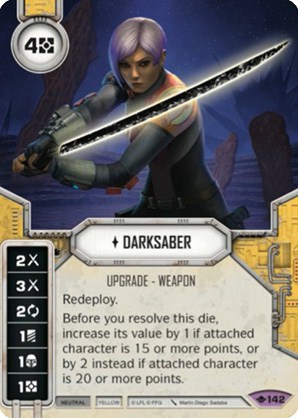 Greedo can also be useful in bringing a Darksaber for Vader to use.This incredibly powerful melee upgrade is even more powerful in the hands of a character that cost 20 or more points, adding 2 to its value, and with no blanks, you will get that value! This weapon can deal out an impressive 5 melee in one resolution with Vader, and that’s not even counting his own melee sides! 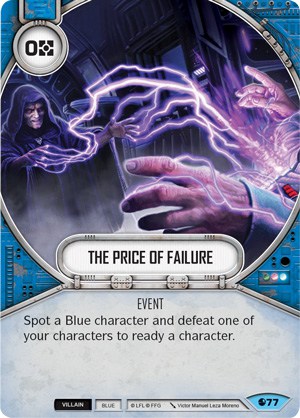 Greedo is most useful as an expendable character, and Vader will show him the Price of Failure. This 0 cost Blue event allows you to defeat one of your characters to ready a character. Use this after resolving Vader’s dice pool, use Price of Failure on Greedo, roll Greedo’s character die in and resolve it, then ready Vader for another round of beating up the Heroes. Delicious! 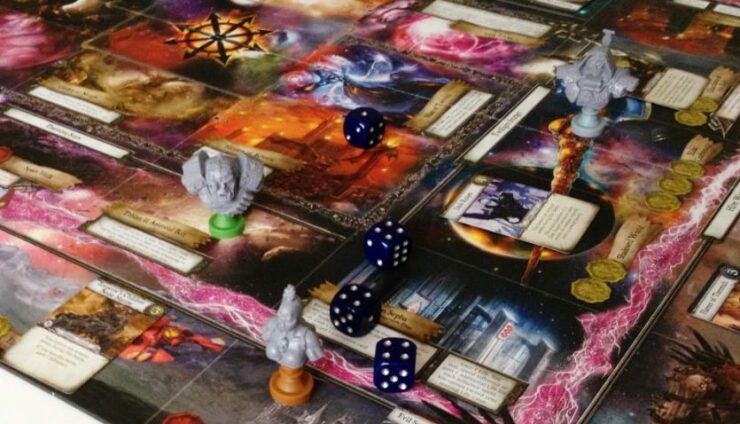 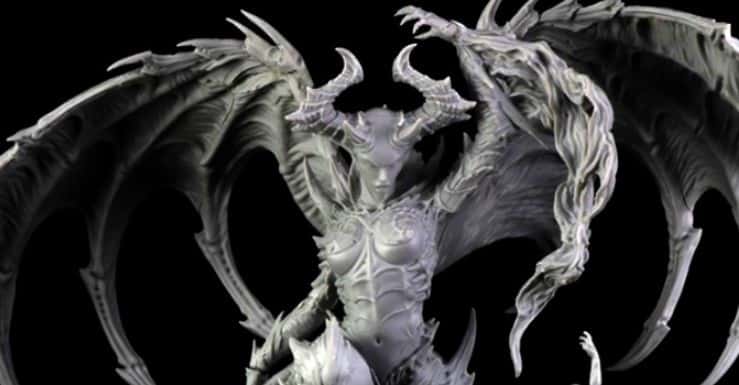 NEXT ARTICLE
Lady of Chaos Top D Giveaway & Painting Monday Feb 18 8pm EST »
If you buy something from a link on our site, we may earn a commision. See our ethics statement.