Hey there 40k fans! We’re here showing off some of our favorite armies that we’ve seen on day 1 of Adepticon 2019 from the 40k Championships.

Adepticon managed to bring in people from all over the world. Of, course they brought their armies too! Take a look at the top armies that were spotted on Adepticon 2019’s 40k tables.

The list was full of Knights but have you ever seen them in such detail? the conversions of smoke bellows to the close combat saw-arm, to the Knight wearing a mustache and top hat, this army was turning heads. Don’t get distracted by how pretty everything is…They’re still a T8 nightmare.

This Death Guard list had some crazy conversions (like this Daemon Prince). Mortarion’s followers rolled out the slow-moving Terminators with a crisp paint job!

Do you like conversions? This list is full of conversions. With Tau, Eldar, and Necron bit, the Necrons hit the table in a new way. Everything is in walker form!

Mixing in Thousand Sons with Death Guard is a classic theme for 8th edition. But check out the paint job on these guys! The brothers were turning heads with their shading and fades.

The Eldar brought ALL of the Wraithbone this time. The army’s paint scheme is a fantastic contrast between the blues and bone grey. 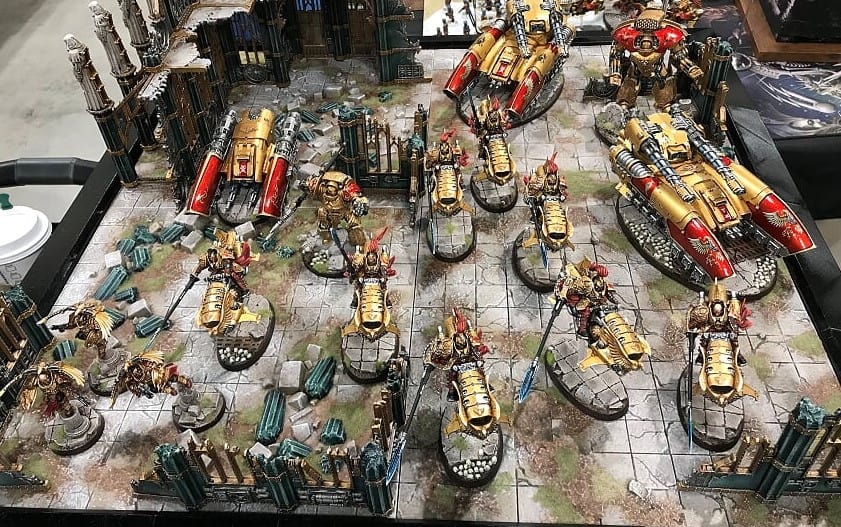 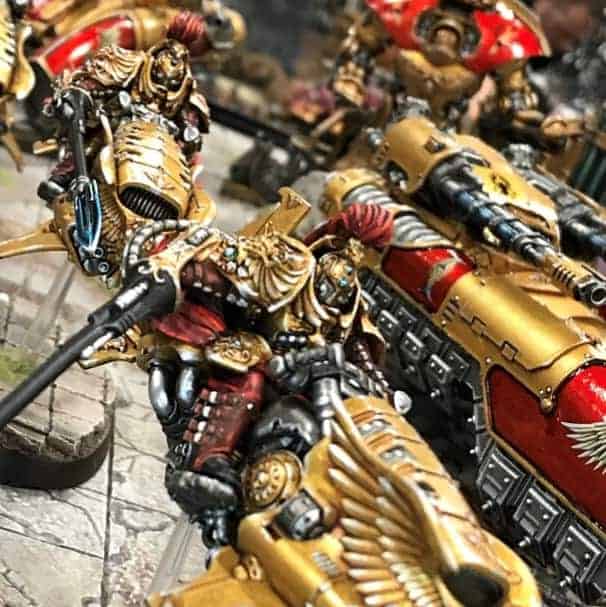 Between the cherry red gloss and frosted gold, you can’t beat the Custodes color scheme. These guys fight in style with the fury of the Emperor. They may not have many models but they’re packed with detail. 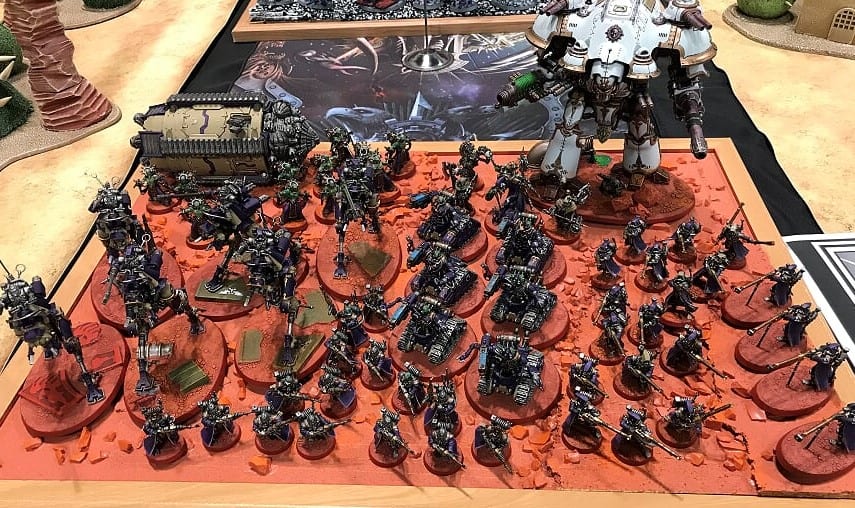 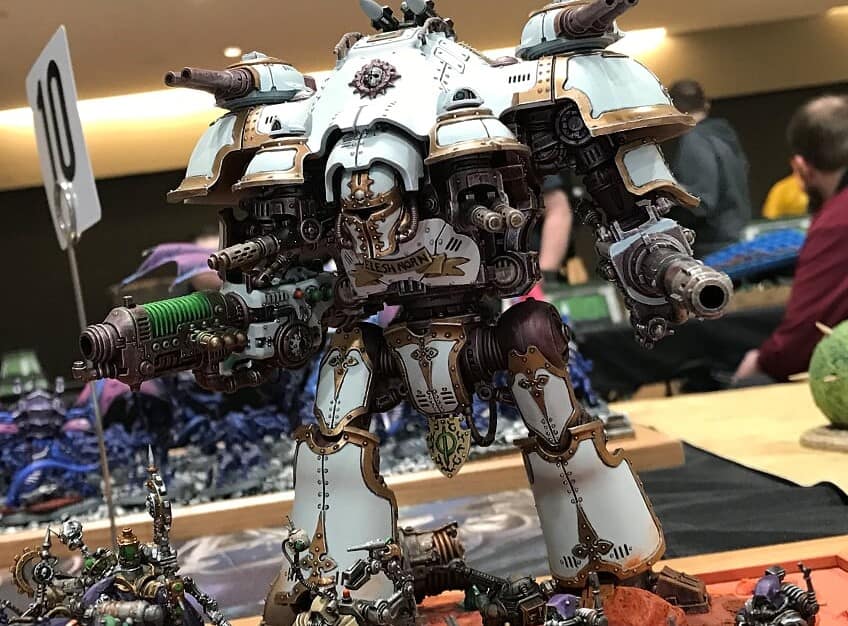 The Ad Mech can have Knights too! In fact, they love making them the center of attention. This is the literal “white knight” leading the Adeptus Mechanicus to victory.

The Blood Angels pulled the ol’ Fire Raptor out of the parking deck and decided to hose a few enemies down. Check out this fast-moving jump force with Primaris and Sanguinary Guard.

The Daemons made their debut ready to take background for their Chaos gods. khorne, Tzeentch, and Nurgle banded together to bring this incredible fighting force. 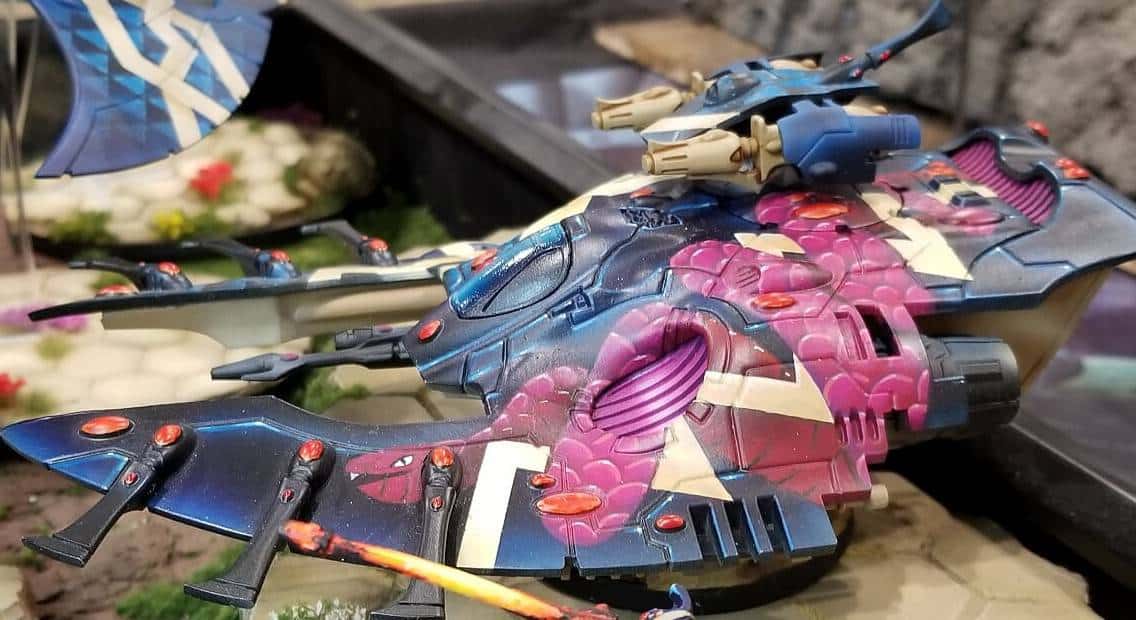 The Eldar went with the theme of space snakes! Keeping the theme of fast-moving Xenos terror, these Eldar definitely did their job!

Adepticon is loaded with so many beautiful one-of-a-kind armies that these don’t quite do everything justice. Do you have an army you’re devoting all your time to? What faction do you play? Let us know in the comments of our Facebook Hobby Group.

We move fast taking pictures when we’re guests at tournaments helping to cover the event for them. If are these are your army and you would like the full-size images or credit added to the article, just email us: support AT spikeybits.com 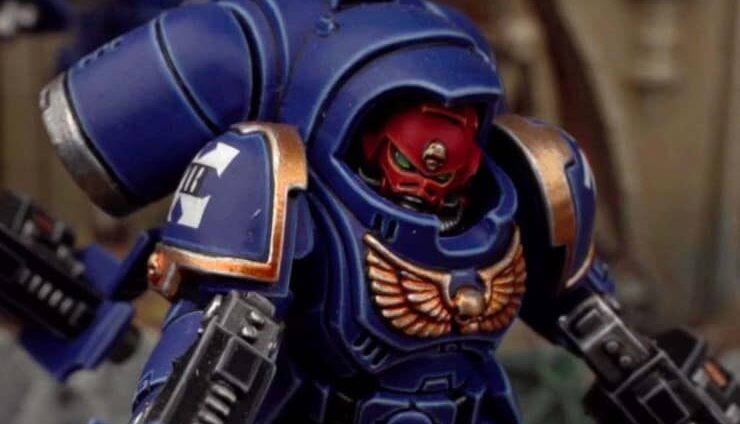 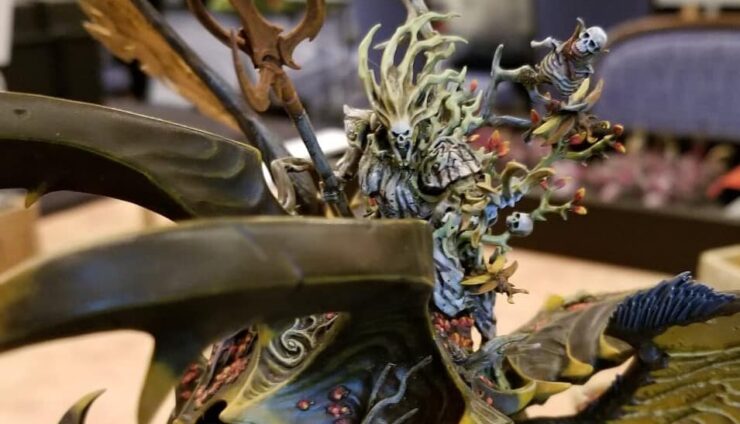 NEXT ARTICLE
Top Age of Sigmar Armies of Adepticon 2019 »
If you buy something from a link on our site, we may earn a commision. See our ethics statement.