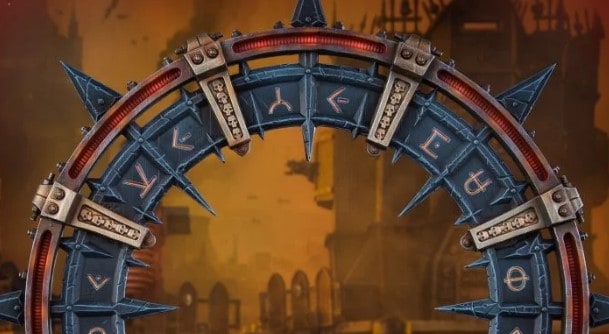 Rules for the biggest of the new Chaos kits were just spotted as it looks like this terrain piece may have what it takes to see play in Warhammer 40k!

Warhammer Community hasn’t given us any more insight into what this impressive looking terrain piece will do yet, but images of its rules have been spotted as Chaos codex books have escaped the warp!

Chaos players aren’t just here for the spikey bits… they want something pretty for the terrain.

Taken as a Fortification, the Noctilith Crown is more than just an awesome centerpiece, but a tactical lynchpin for the Heretic Astartes, giving nearby units an invulnerable save and making it easier for Chaos Psykers to cast their fell magics…

The Noctilith Crown also represents some exciting developments in the lore. Last year, in Forgebane, we found out Blackstone can be attuned to weaken or strengthen the power of the warp. The Noctilith Crown is one example of what happens when the Heretic Astartes get their hands on this miraculous mineral, used to sunder the veil and allow ingress for their daemonic allies…

If that looks familiar, it’s because we saw the arch in a recent Daemon Engine preview.

This datasheet was spotted today that seem to indicate terrain rules may be making a comeback of sorts in 8th edition. 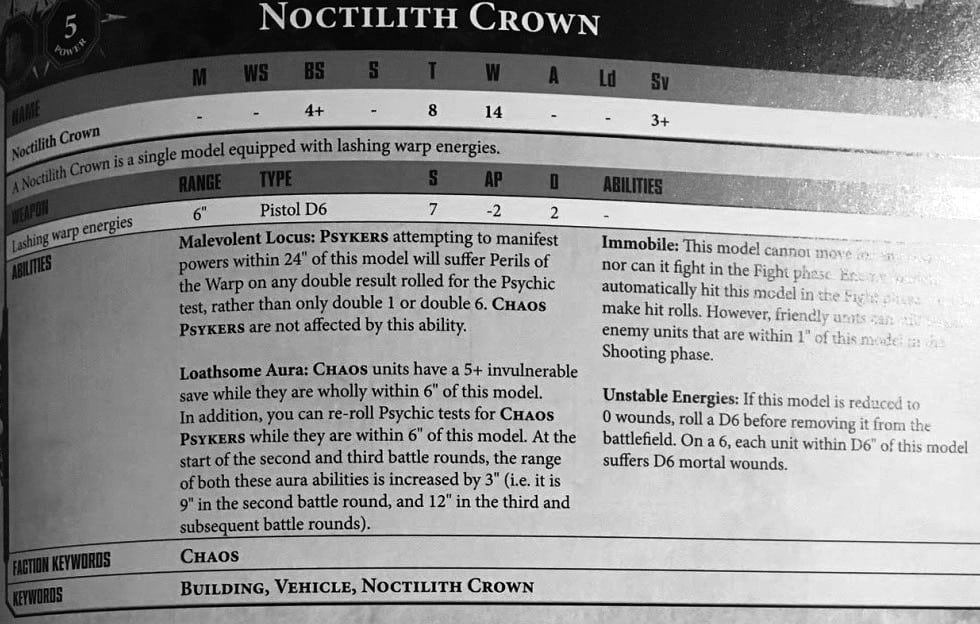 That is, of course, depending on the points costs for this beast. But at first glance, the expanding bubble of abilities may be great for later rounds in game, and its ability to defend itself against boarders may be good as well.

However, at power level five it could be anywhere from 50 ish to 100 points for this terrain piece.

Will this new terrain piece see play in 8th edition 40k? Let us know in the comments of our Facebook Hobby Group. 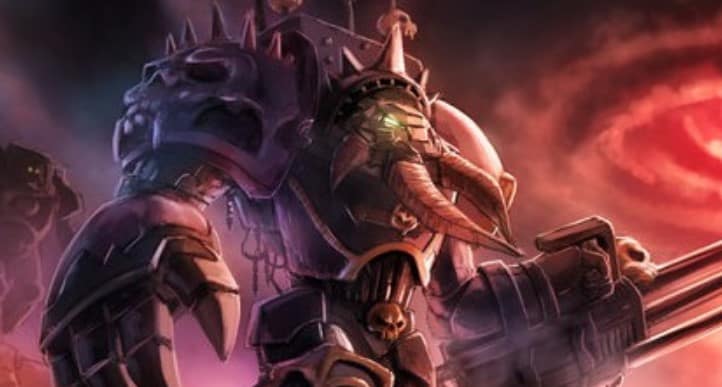 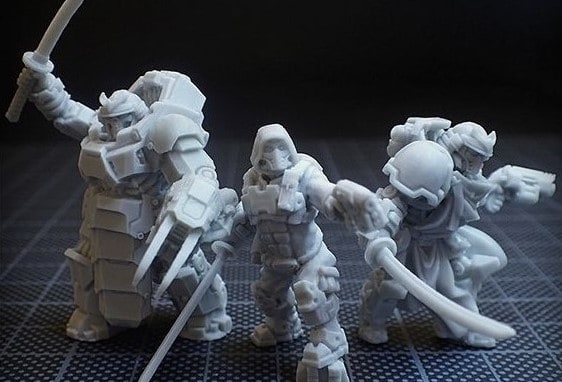 NEXT ARTICLE
Look Sharp With These Blade Bits From Puppets War »
If you buy something from a link on our site, we may earn a commision. See our ethics statement.