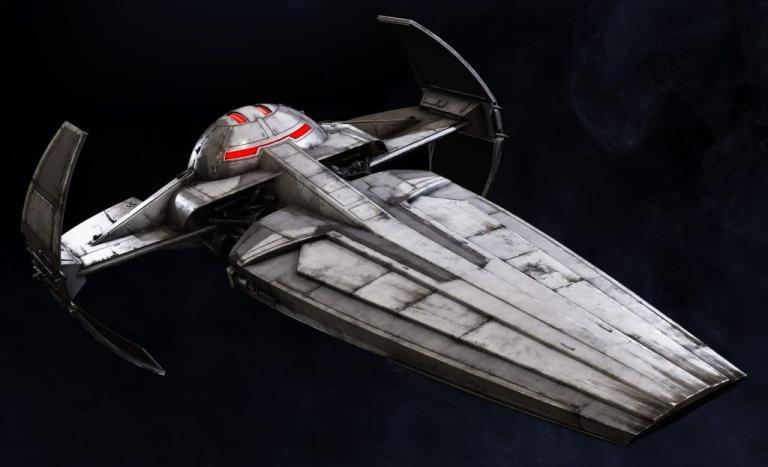 Darth Maul is on the hunt in his sinister Scimitar and he is bringing some droids to help him track down his prey. His anger is his power! 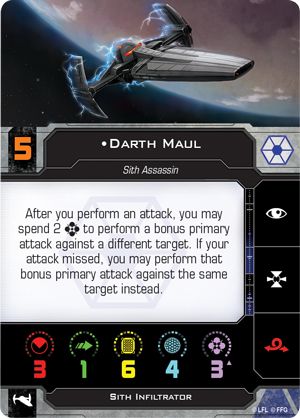 This sneaky Sith is lurking within enemy occupied space in X-Wing 2.0! Darth Maul is in the pilot’s seat of the new Sith Infiltrator, and this large ship is packing some serious threats. Maul is at a high initiative of 5 and has a unique ability to effectively attack twice in the Engagement Phase. After Maul performs an attack, he may spend 2 Force charges to perform a bonus primary attack against a different target. If his attack missed, he may perform that bonus attack against the same target. Maul will make sure that someone is on the receiving end of his attack, and if he misses, he gets another chance to bring the pain! 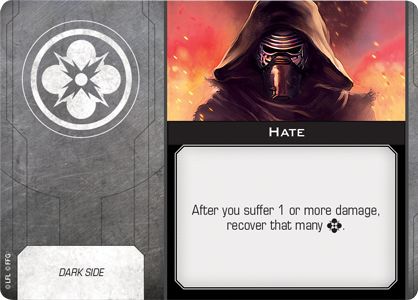 Darth Maul may has 3 recurring Force charges, but he can get even more with the Hate Force ability. After Maul suffers 1 or more damage, recover that many Force charges. This can help fuel his pilot ability whenever he gets attacked and suffers damage, getting stronger the more damage that is inflicted! 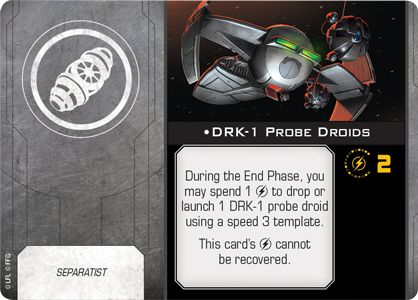 Darth Maul is bringing some droid support along for the ride. DRK-1 Probe Droids to be exact! As a device upgrade, Maul can spend 1 charge to drop or launch 1 DRK-1 Probe Droid using a speed 3 template. These devices are different in that they don’t do damage to ships but serve as additional eyes to Darth Maul. 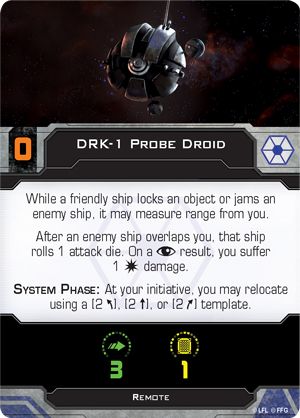 DRK-1 Probe Droids act as an extension for locking or jamming targets. While a friendly ship locks or jams an enemy ship, it may measure range from the DRK-1 Probe Droid. Also, if an enemy ships overlaps a DRK-1 Droid, toll 1 attack die; on a focus result, it suffers 1 damage. During the System Phase, a DRK-1 Probe Droid may relocate using a speed 2 template of choice. These DRK-1s can help Maul lock down his prey, no matter their range! 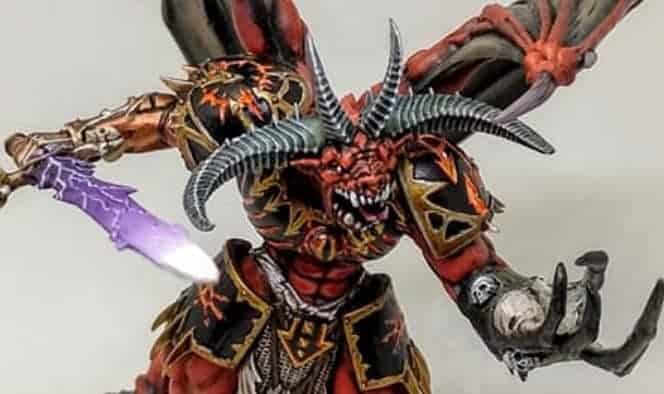 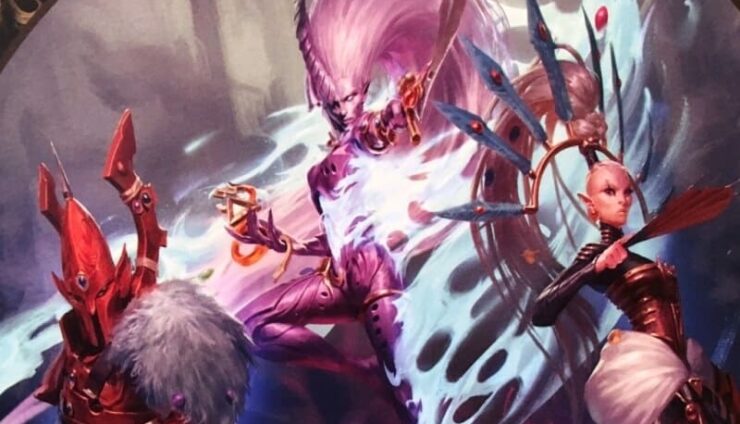 NEXT ARTICLE
Ynnari Getting New 40k Rules: APR White Dwarf Preview »
If you buy something from a link on our site, we may earn a commision. See our ethics statement.