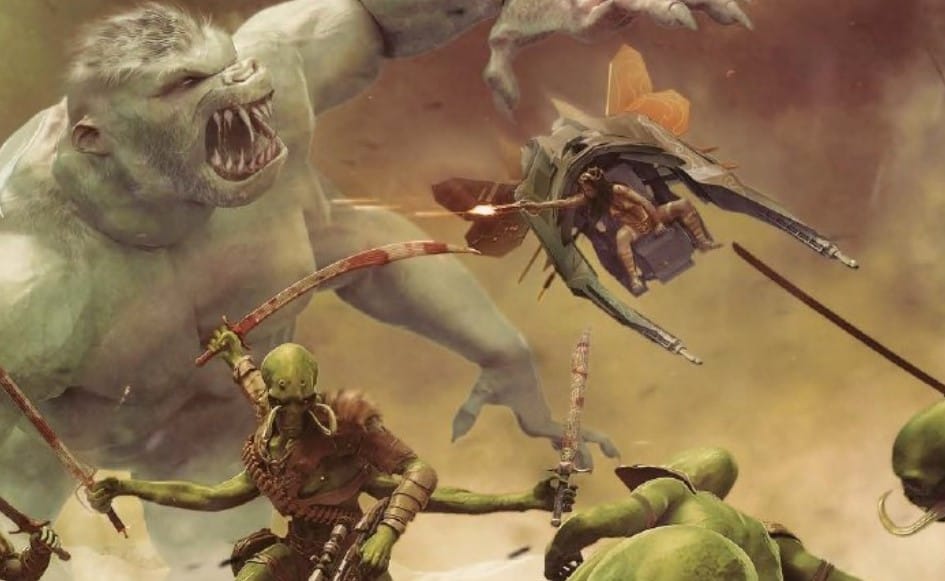 Come and find out what really lies on Mars with the new John Carter RPG from the hobby maniacs at Modiphius Entertainment.

John Carter has had countless adventures since his debut in a magazine serial in 1912.  Now the creative team at Modephius wants to help you create your own stories. Let’s take a look at the John Carter of Mars RPG. 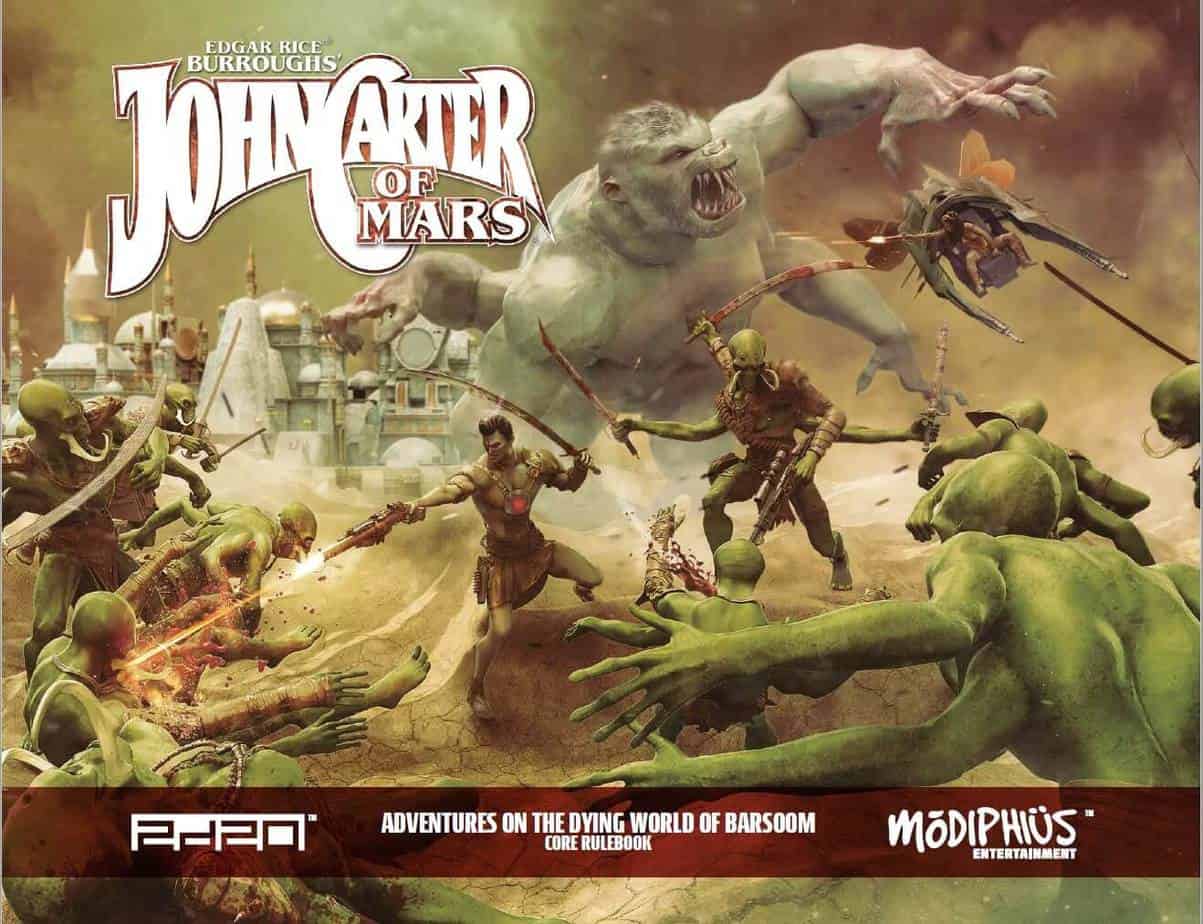 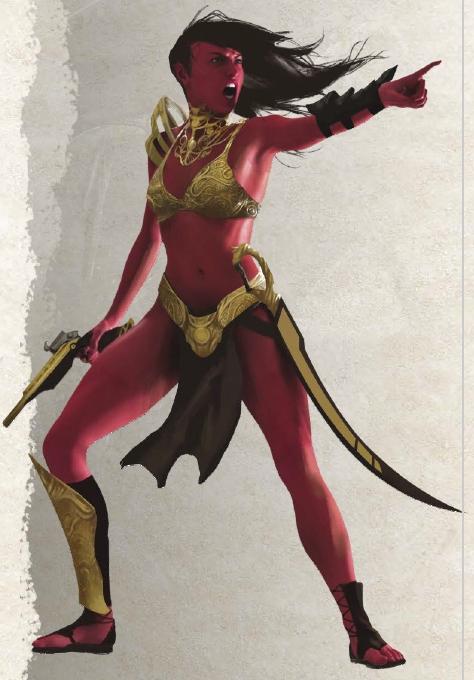 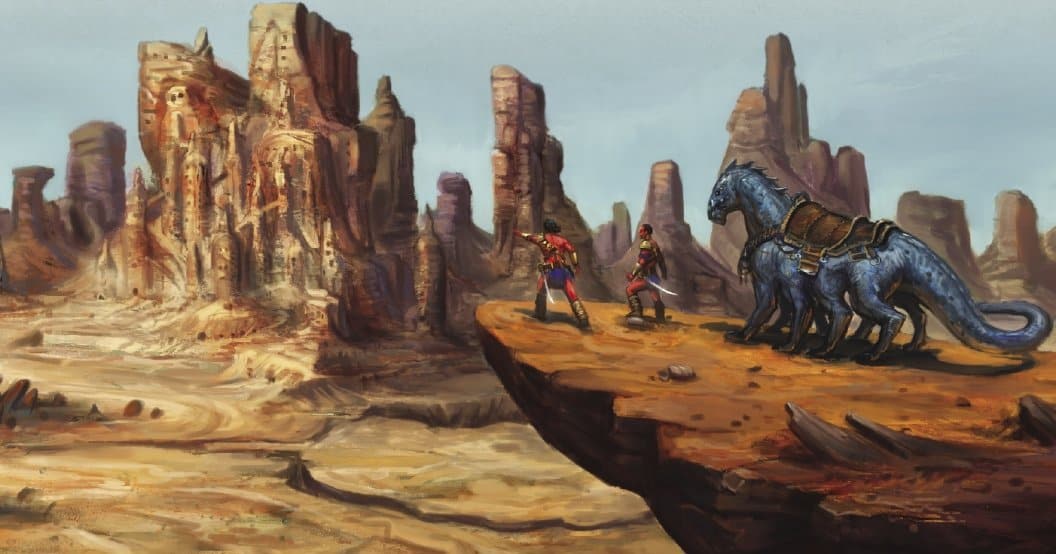 My attention was quickly riveted by a large red star close to the distant horizon. As I gazed upon it I felt a spell of overpowering fascination—it was Mars, the god of war, and for me, the fighting man, it had always held the power of irresistible enchantment. As I gazed at it on that far-gone night it seemed to call across the unthinkable void, to lure me to it…”

Edgar Rice Burrough’s John Carter of Mars: Adventures on the Dying World of Barsoom transports you to the Red Planet of Barsoom, an arid, dying land of ancient civilizations and fearsome creatures. Begin your adventures of romance and heroism using a pulp-action inspired variant of the 2d20 System. Take on the role of heroes as you travel, battle, and romance your way across the wondrous and dangerous world of Barsoom. Play as John Carter, Princess Dejah Thoris, the fearsome Thark warrior Tars Tarkas – or create your own heroes from an exciting variety of options.

Join the adventure and become a legend! Make sure to visit Modiphius and secure your copy of this new RPG today! 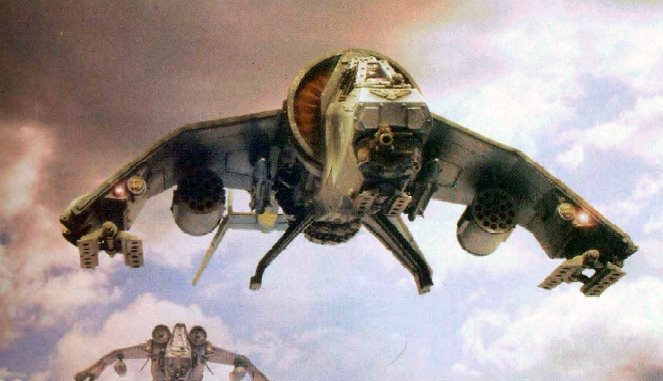 NEXT ARTICLE
Their Designated Kill Limit: Armies on Parade »
If you buy something from a link on our site, we may earn a commision. See our ethics statement.