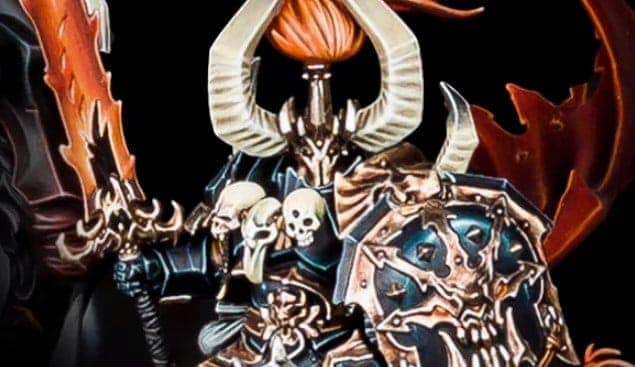 He blew up the old world, and now Archaon and the Everchosen are defending themselves from Nagash? Here comes the newest supplement for Age of Sigmar!

Warhammer Community previewed these new Age of Sigmar releases a few weeks ago at their Open Day.

2019 was an incredible year for Warhammer, with new games, new armies, and the first of the new plastic Sisters of Battle. Today, we’re at the New Year Open Day, getting a sneak peek at what’s coming in 2020 for the Mortal Realms and the grim darkness of the far future…

As of this post, there was no official video showcasing the Everchosen supplement.

Warhammer Community let us in on what’s going up for pre-order on February 1st. First up we’ve got the next big wave of Underworlds releases, along with a new Age of Sigmar Supplement.

Their deck includes a new card type, so The Wurmspat play like nothing else in the game, and the models are loaded with all the disgusting details you’d expect to find on faithful followers of Nurgle.

We also got a glimpse at them with other teasers from LVO 2020, but hopefully, we will get more info on how they play his week through previews! 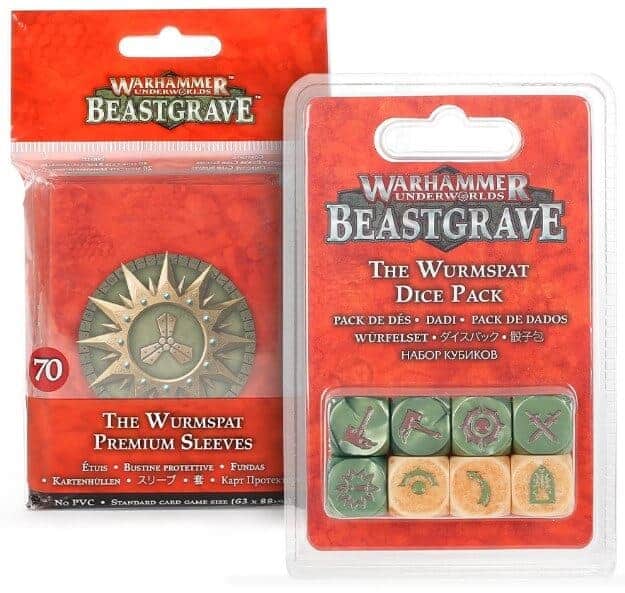 Nothing too special here. If you plan on getting the new faction picking up there sleeves and dice is a great idea to help protect and represent your hobby. 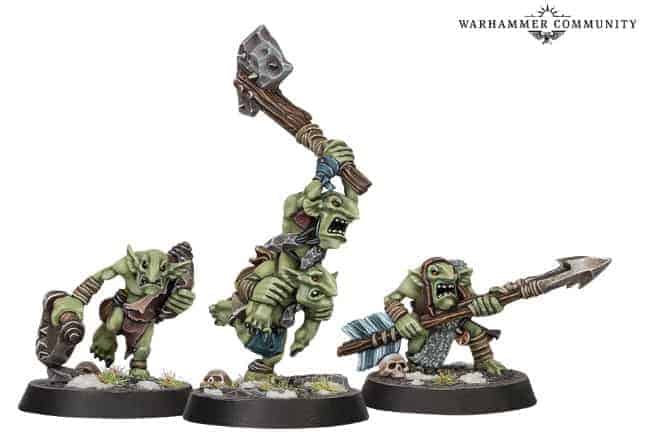 Hrothgorn brought his trusty pet Frost Sabre, Thrafnir, while a handful of enterprising Gnoblars have tagged along hoping for some scraps.

Hopefully, just like The Wurmspat, we will get an idea of how they play throughout this week. 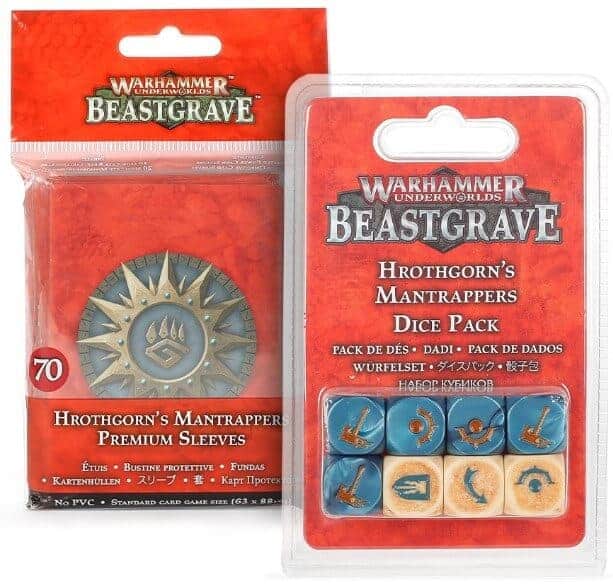 Just like the other faction, dice, and sleeves are nothing new but, they are a great way to represent the faction and protect your cards.

With the underworld factions done, the other announcement was the AoS supplement that we also saw during the New Year Open with the Mantrappers.

Wrath of the Everchosen 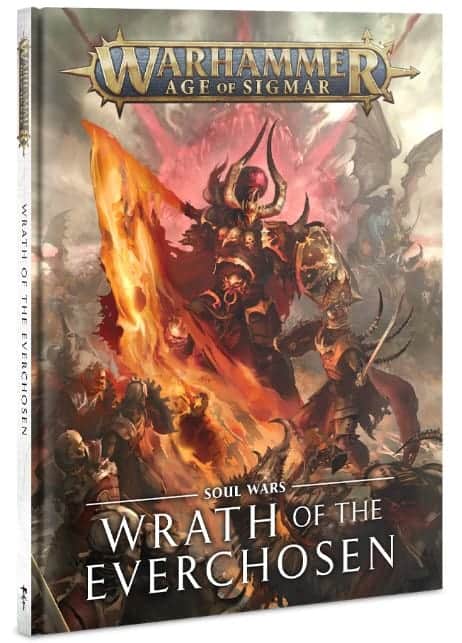 If you play a Chaos army (or want to start) this book is a must-have, detailing a new combined daemon allegiance.

Since we got two teases at this book now let’s look over everything we know. The Bonereapers are assaulting the Varanspire, so this will primarily be a narrative book for chaos and death with loads of lore and hopefully story progression. They have also said that there will be quite a few new rules for slaves to darkness. These rules have to do with demons, endless spells, sieges, roaming monsters, and more than likely a whole host of warscroll battalions.

It’s important to note any rules for demons in Slaves to Darkness armies other than Demon Princes is completely new, as almost the entire Slaves to Darkness book is strickly “Mortal” keyword-based. So depending on how deep they go with the demon train here, there could be a huge amount of rules. 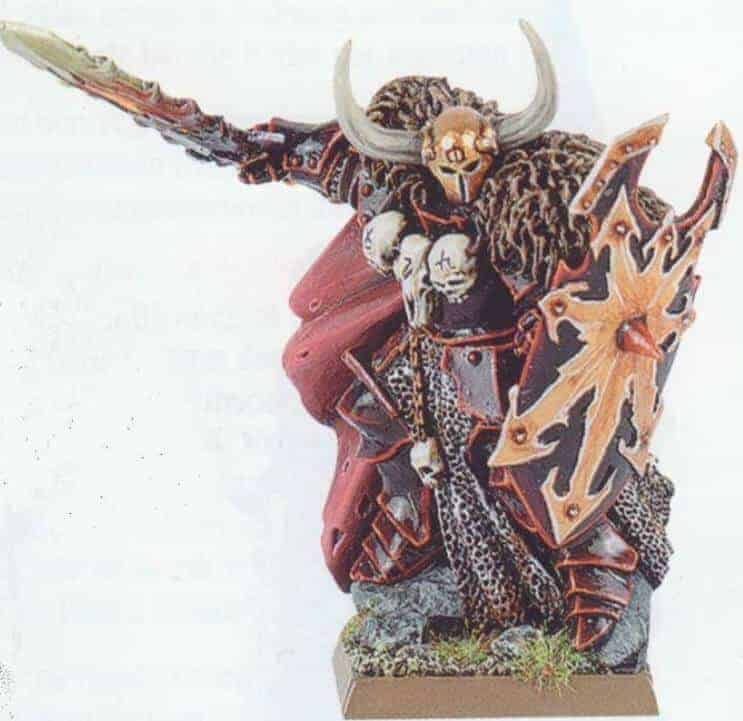 Also purely speculation, but on the cover, Archaon is on foot with drougar fighting separately in the background. We’ve seen this before in tabletop as seen in the picture above (2004 Games Day Mini) and his old mounted horse model in fantasy. He is also regularly in video games for fantasy, so we know he isn’t bound to his legendary mount.

Perhaps we will see a footslogging Archaon soon once again?

They’ll be on sale online and in Warhammer stores from the 8th of February with no pre-order period, and we expect them to go fast!

So this new chibi lineup from Bandai will definitely be a collector’s item. They are going to be sold in blind packs as well, which will add to the excitement/frustration when you open each one. If you are interested, be sure to grab them fast as the no pre-order and limited print run will make it more difficult after they sell out.

Are you excited about the wave of releases, or are you waiting to hear more about specific rules? 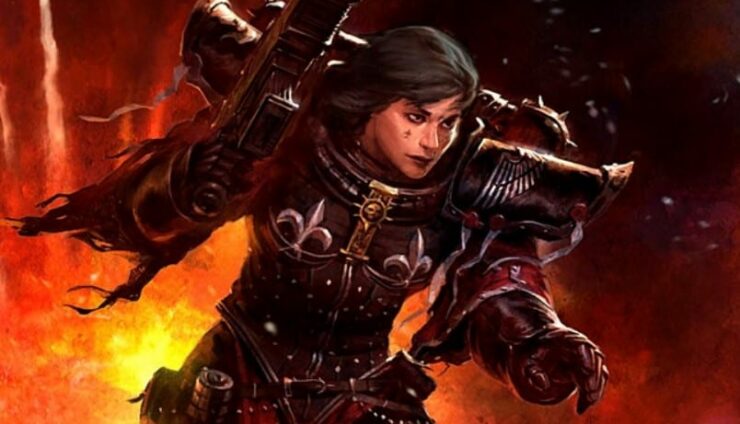 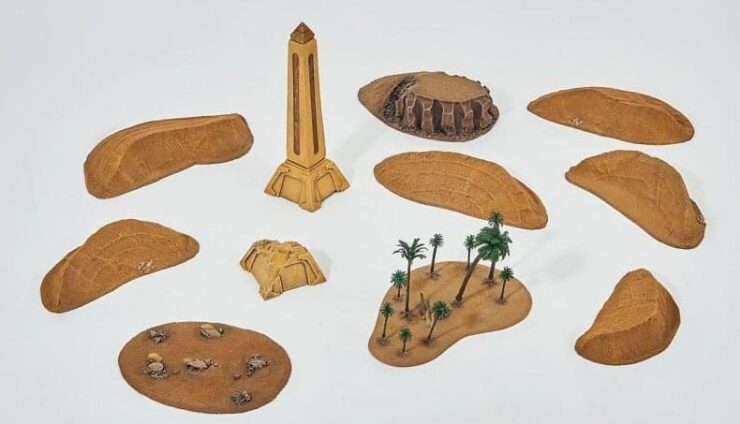 NEXT ARTICLE
New Pre Painted Tabletop Bundles From Terrain 4 Games »
If you buy something from a link on our site, we may earn a commision. See our ethics statement.