Rescuing The Green Knight of Bretonnia from eBay 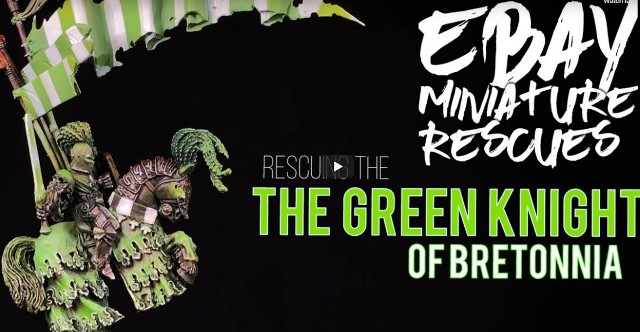 Discarded and forgotten, can this classic Green Knight of Bretonnia be restored to its former glory? Don’t miss eBay Miniature Rescues saving the hobby day!

eBay Miniature Rescues is a unique channel that gets beat up and damaged minis and tries to restore them! It’s a relatively new channel on YouTube and is super fun to watch what they are able to do with abused and unwanted miniatures.

“This week a subscriber by the name of Ben Davies sent me this fantastic Bretonnian Green Knight! It had fallen off of shelves, parts lost in moves, and all-around in bad shape. He sent it to me in the hopes that I could do something to rescue it!” 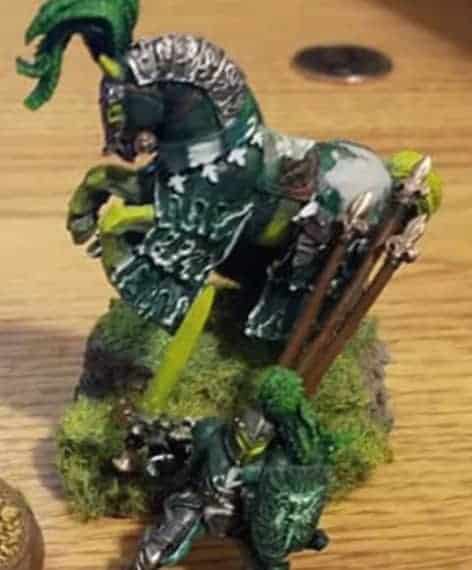 First, he has to inspect the model once he receives it. There are some big chips missing all over. The knight and the ankle broke off. There is also a chunk missing on the shield. 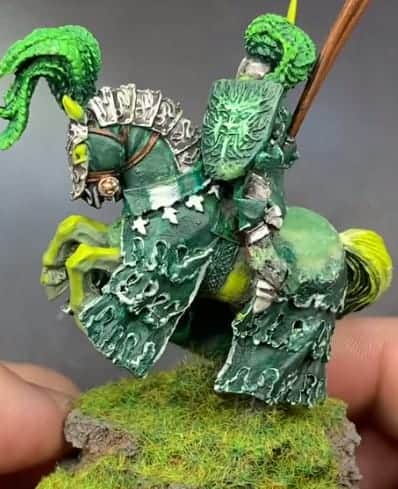 From there he gets working on the green stuff. He smooths out the green stuff over the missing chunks. He also reunites the leg and foot, connecting the knight to the horse again. He also fixes the chunk missing from the shield. 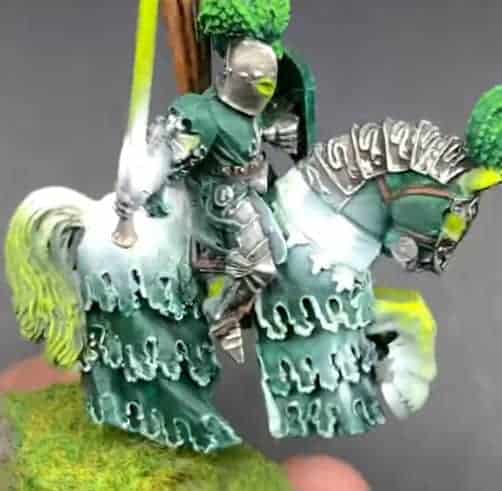 Then he needs to prime the greenstuff so he can paint over it again. He also does some pre-highlighting in this step to make the facelift easier. 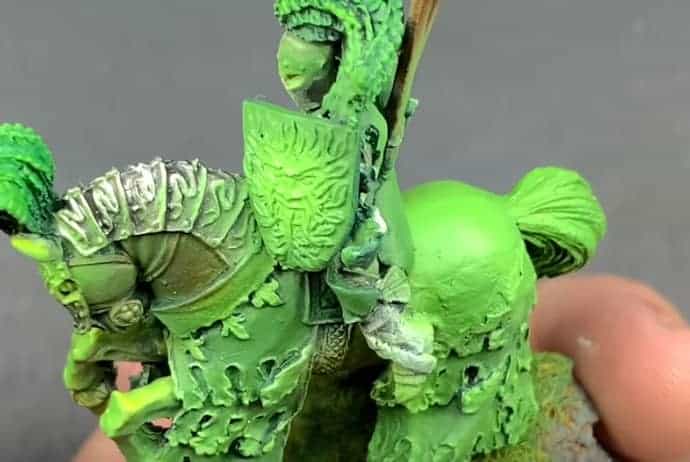 The first four colors he uses are Sick Green, Burnt Umber, Escorpena Green, and Moon Yellow, all from VGA. Both of the greens are used on the green areas with Sick Green base coat and Escorpena as a sort of highlight or transitional color. He uses Burnt Umber on the horse skin and the hooves. Moon Yellow is the final layer on these green areas and creates a nice transition. 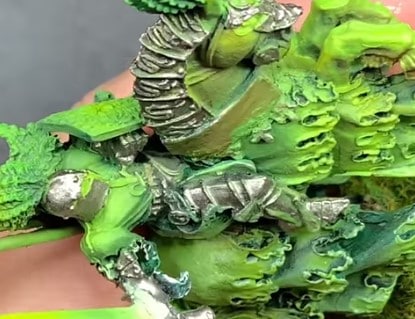 Leadbelcher from Citadel is the base coat on all the armor, followed by Death World Forest on the leather strap. 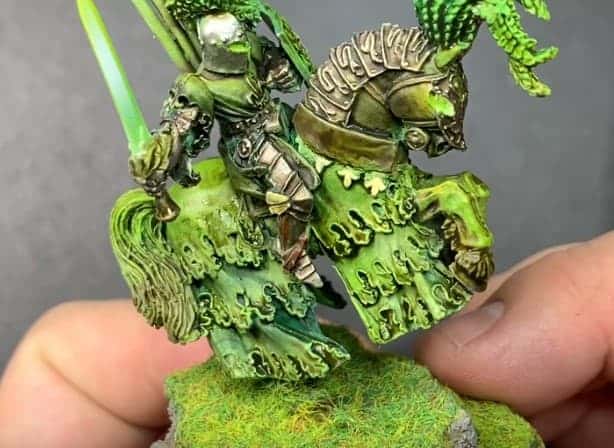 Then he washes the whole upper model with Agrax Earthshade. At this point, he takes some Menoth White Base from P3 to base the white details. He moves to another wash, Athonian Camoshade, for the horse’s body and tail. 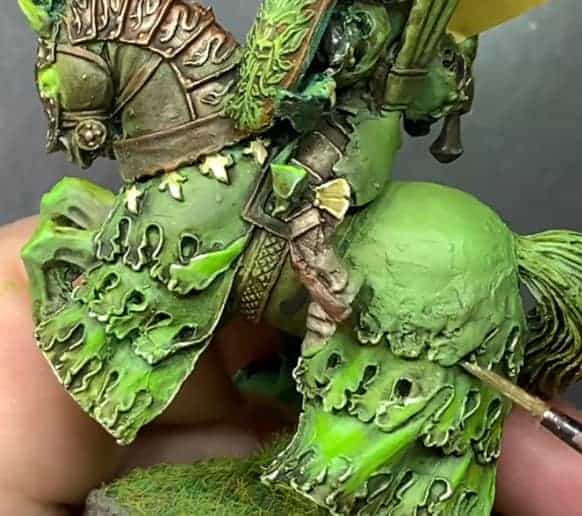 Fuegan Orange is used on the top point of the horse’s neck and on the rim and eyes of the shield. He uses some VGA Goblin Green here to add more color to the flatter green areas. He also grabs some Menoth White Highlight from P3 to highlight the white areas. He takes a glaze of Moot Green here to get the bottom of the Horse tabards to their brightest layer. He does the same with a glaze of Death World Forest but only in the shadows. 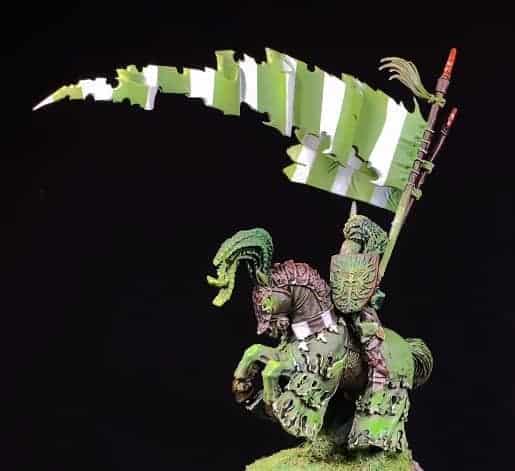 Using Radiant Platinum from P3, he highlights the metals. The last step is quickly painting the flags green and white with masking tape! 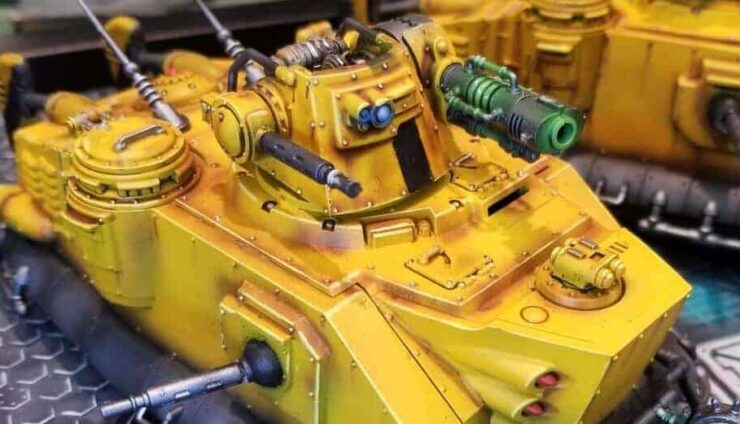 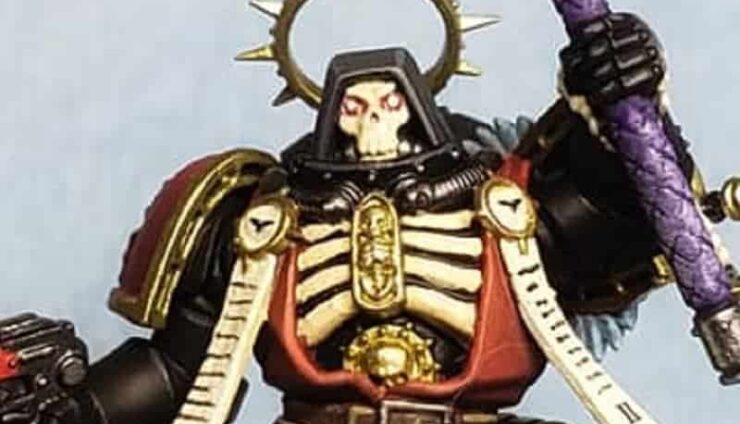 NEXT ARTICLE
Primaris Chaplain of the Lost: Army of One »
If you buy something from a link on our site, we may earn a commision. See our ethics statement.