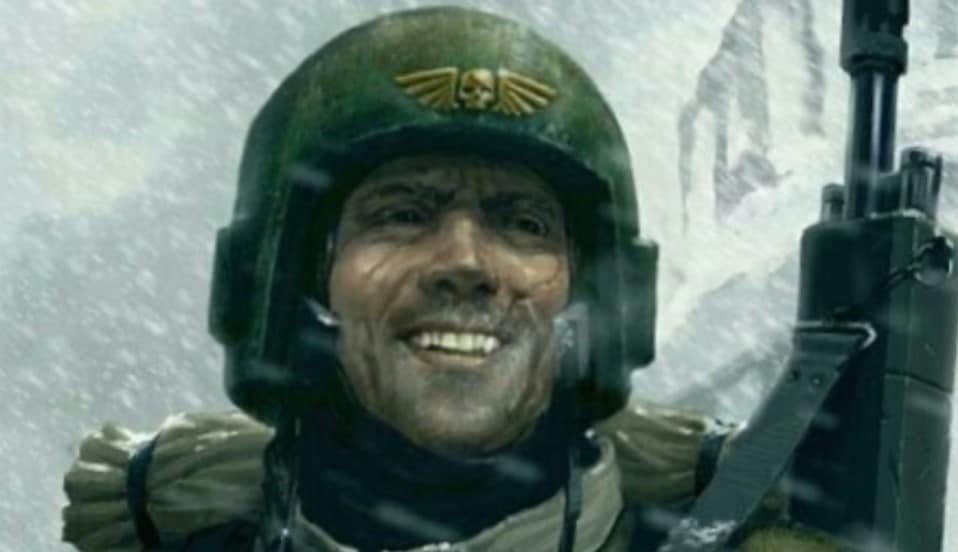 We’re back again with more Psychic Awakening previews. Check out this Stratagem that the Imperial Guard is getting in Greater Good!

For the longest time, everyone thought The Greater Good would be a book including Tau, GSC, and Death Guard…However, as a Red Herring pulled by GW, Death Guard fell off and the Imperial Guard took the spotlight. 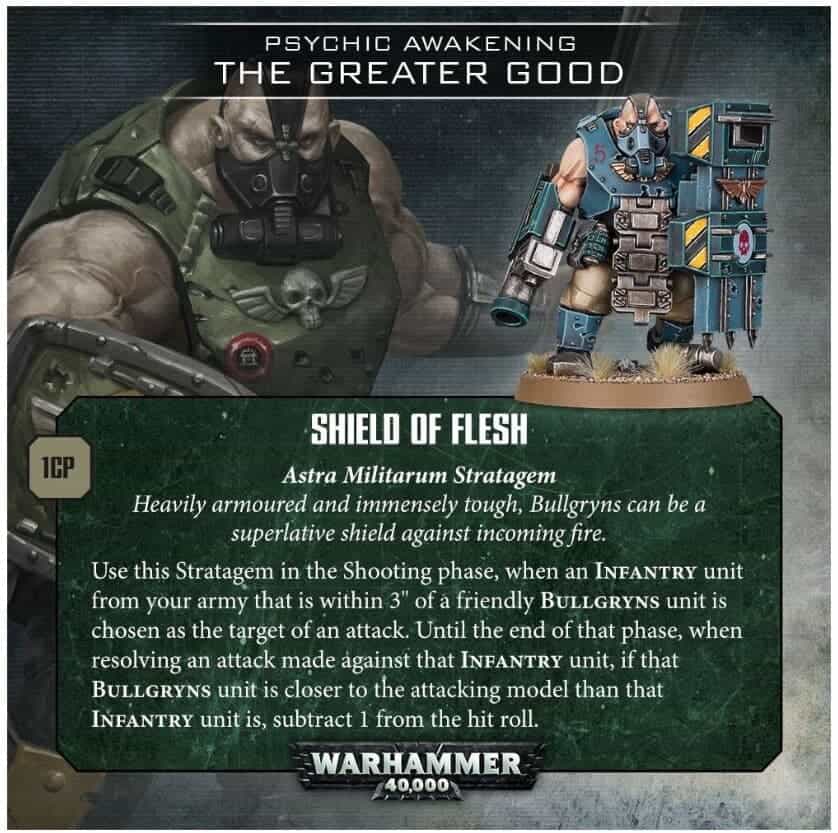 Looking at just a teaser of what’s in store for the faction, we’re getting a 1CP Strat that plays on Bullgryn and Infantry. If you’ve got Bullgryn within 3″ of a friendly unit chosen as the target of a shooting attack and closer, you can make that unit -1 to hit. Just because of the massive bulk of Bullgryn getting in the way of the shot.

Note that you can only do this Strat on Infantry so no trying to make your tanks -1 to hit with this.

Breaking down the Stratagem a bit more, it definitely has its uses. While Infantry aren’t the scariest thing Guard has to offer, you can cause a headache for someone trying to uproot weapons teams armed with lascannons/mortars. On top of that, with all the Snipers running around, if you need a character to stick his neck out to issue commands, you can spend the 1CP to at least make the Snipers have to work harder. 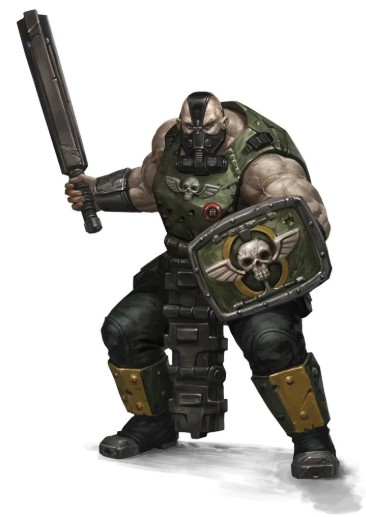 Looking at armies that don’t have the best Ballistic Skill to begin with, bringing Tau from a 4+ to a 5+ to hit, or even Orks to a 6+ can be brutal. Like we said, this Stratagem definitely has its uses. But just be careful you don’t waste a CP making something -1 to hit when the enemy has a Robby G standing next to his entire army. Just take the loss and kiss your Infantry unit goodbye.

What are your thoughts on this Stratagem? Do you use Bullgryn bombs in your IG list? 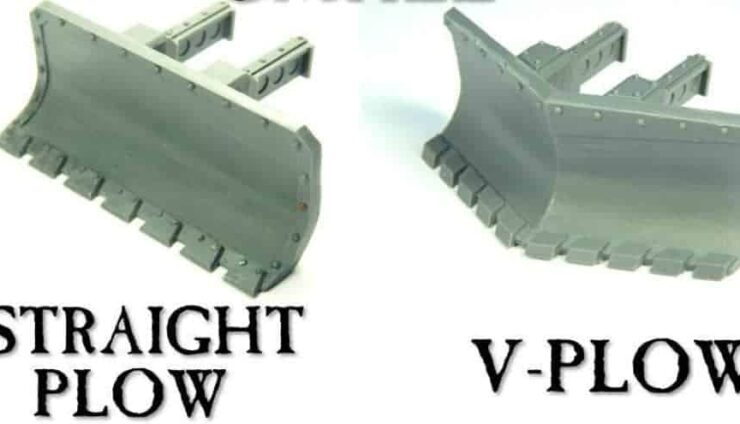 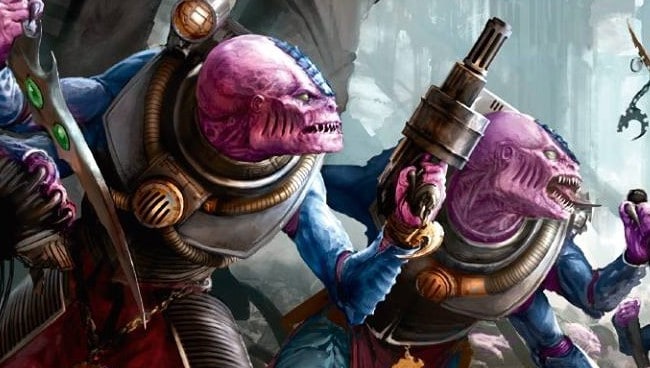 NEXT ARTICLE
GW Reveals More New Genestealer Cults 40k Rules »
If you buy something from a link on our site, we may earn a commision. See our ethics statement.