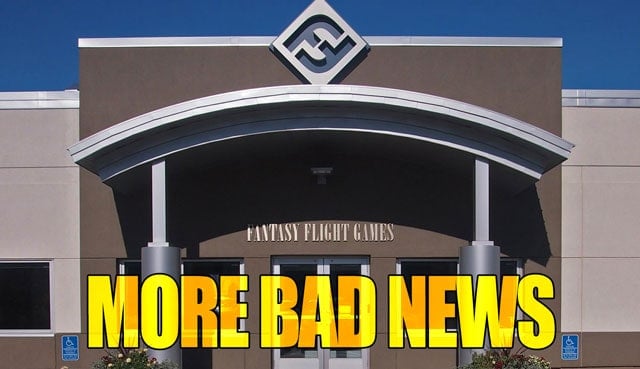 FFG just announced they are slashing their parts replacement program, as more details emerge that the RPG studio department may have been shut down as well.

Unfortunately, this isn’t the first troubling thing we’ve heard from the Asmodee/FFG front. With big layoffs just reported there, and now a policy change concerning how customers return their product, we’re not exactly sure of the mentality of the company.

It’s also worth noting that last summer an email was sent to LGS’s that purchased FFG’s products at the wholesale level. It looks like their sales department has closed permanently and now their products are available to retailers through the mail Alliance Games Distributors Channels. 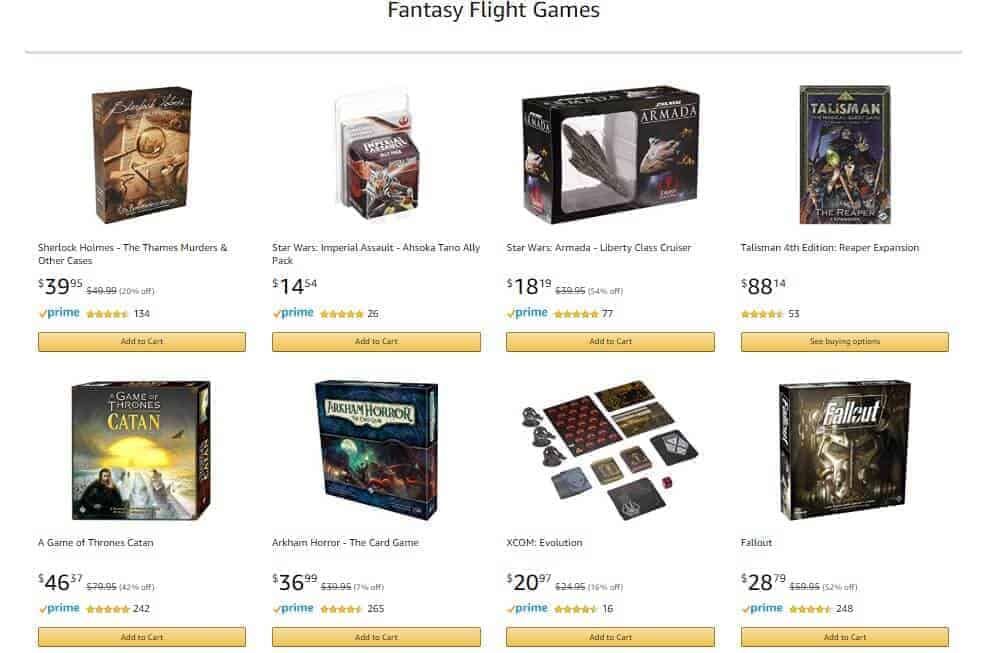 Roughly around the same time as everything above was spotted making rounds across the web, FFG was spotted directly selling their products on Amazon for WAY less than what you might normally pay for in a store.

We’ve covered the sale in an earlier post and it’s important to note that some products have since dropped in price even more. Nobody really knows what’s going on here. 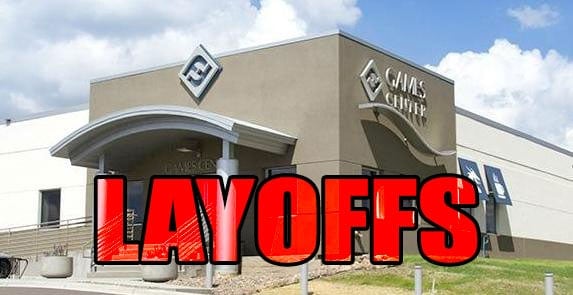 As of publishing time, neither FFG or Asmodee has commented publicly about any sort of layoffs or restructuring. Affected employees have taken to forums such as Reddit, and Linkedin to address the situation, however.

According to former FFG Employee Sam Bailey layoffs have occurred to both the Fantasy Flight Interactive and RPG departments. 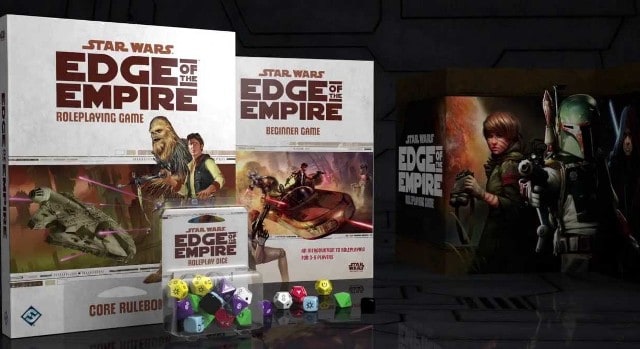 Fantasy Flight Interactive is set to be closed down completely.

Most, if not all, the RPG department has been laid off.

Numerous other employees have been cut in a large reorganization of the entire studio following the departure of several key members of the company that have been there for years.

Head of FFI Tim Gerritson has confirmed that department’s layoffs on Linkedin and was looking to help his team land on their feet: 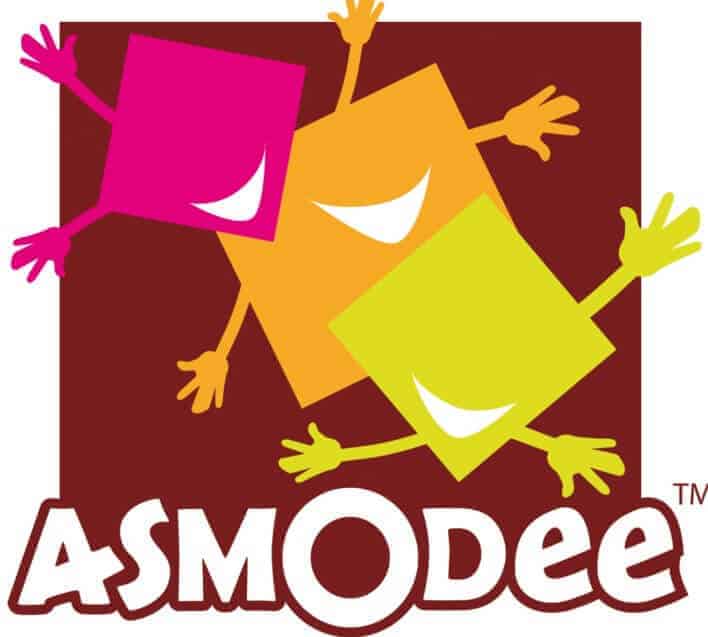 Tacking on even more strange interaction between Asmodee and the consumers, they’ve just updated their return policy for games on their website. 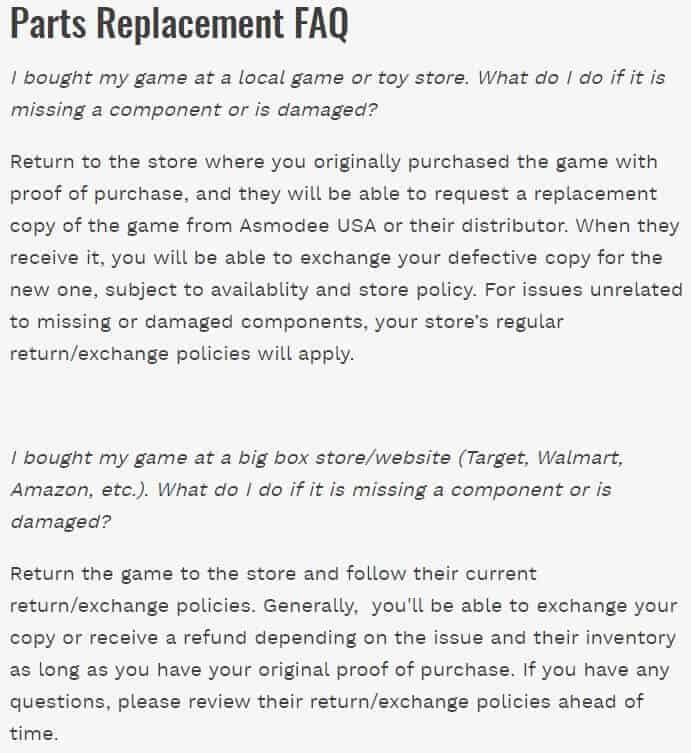 Onethe bright side, you can still return your product if anything is missing to a physical store or even an online store (like Amazon).

However, the rough part is that:

#1 The store assumes responsibility for the defective/missing product which in theory can hurt local business/small gaming shops if they can’t get a replacement game themselves from FFG.

#2, You have to turn in your entire game. That means that if you’ve already painted models or devoted time into customizing the pieces in your game, it all has to go back to the manufacturer if you want a missing item.

Asmodee did give some reasoning behind why this change is happening, which is more of a description than anything we got for the changes covered above. Ultimately, their reasoning boils down the difficulty that comes with keeping loose product solely for replacements (which takes up space, cost of materials, and labor). While one could argue that it “makes sense” from a business perspective, it can also be a blow for the consumer, and retalier alike.

Users on some gaming forums like Boardgame Geek’s haven’t been holding back the punches on their opinions for the change. Check out what some of these gamers had to say.

At the end of the day, we can all probably agree that there has been some very odd and nearly-unexplained behavior coming from Asmodee/FFG over the last several months. Hopefully, this is the last of the bad news from them.

So with all of this covered, what do you think the reasoning for rumored department closures could be? Is the company struggling? 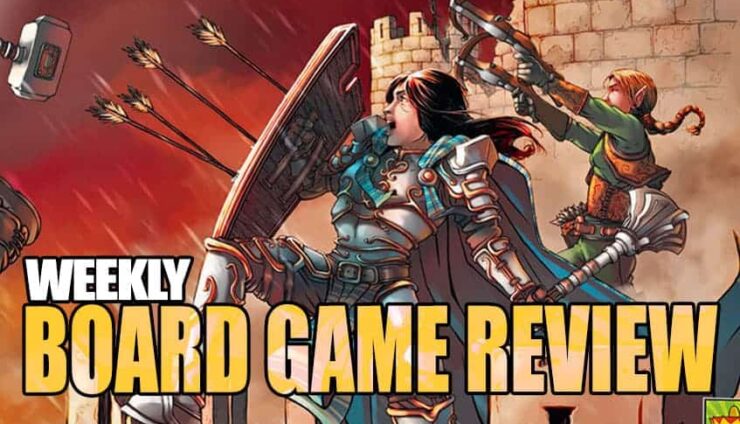 NEXT ARTICLE
Defend Against the Hordes in Last Bastion: Board Game Review »
If you buy something from a link on our site, we may earn a commision. See our ethics statement.