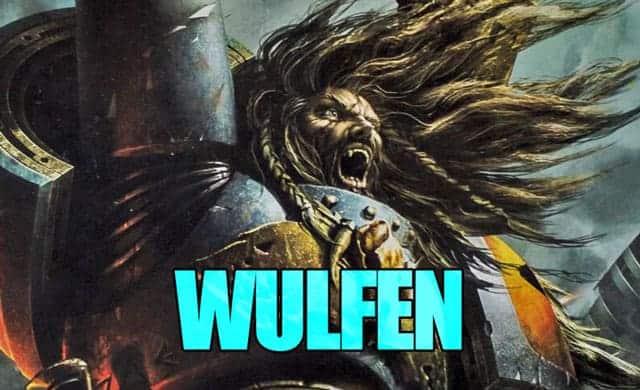 Today we take a look a some of the most terrifying Space Wolves known throughout the galaxy- behold the deadly beasts know as the Wulfen.

These men are transformed not by the moon, but, by the initiation ritual to become a battle-brother of the Space Wolves. Let’s find out more about this transformation. 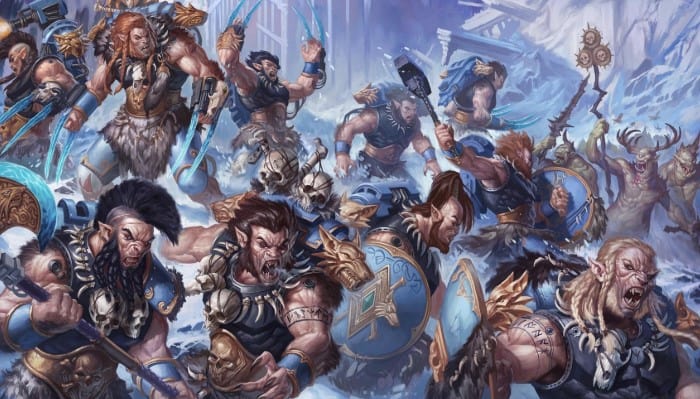 The unique properties of the Wolves’ gene-seed gift their brothers with enhanced abilities beyond even those of other Space Marines, including hyper-acute senses of smell and hearing, elongated canines that can dent plasteel, and leathery, resilient skin. Unfortunately, these same properties risk turning the man who absorbs them into a feral beast, an aspect known as the Curse of the Wulfen among the Space Wolves. 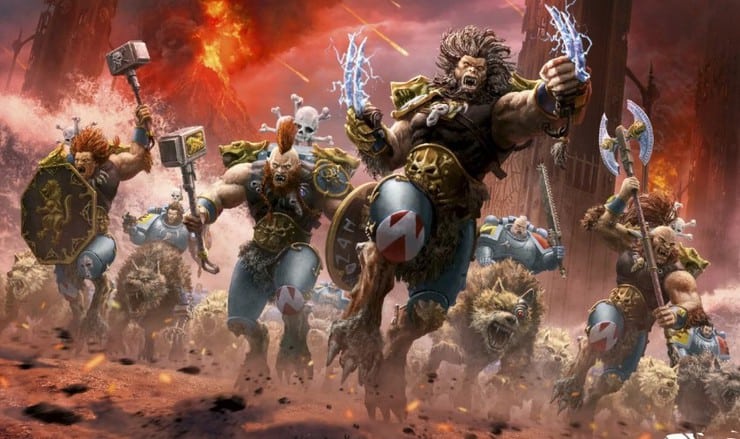 The first risk of transformation comes during the final initiation rites for Aspirant Wolves, when they drink from the Cup of Wulfen and absorb the first and most deadly component of the gene-seed, the Canis Helix. The Helix causes a violent transformation to the Aspirant’s body which is always painful and sometimes fatal. Those Aspirants who are not killed revert to a bestial state, hungry for raw meat and blood.

During their final trial, the Test of Morkai, the Aspirant is required to make his way back to The Fang through the harsh Fenrisian wilderness, fighting the dehumanizing effects of the Helix. Those who fail to do so become entirely feral and stay in the wild, hunting future Aspirants. Those who succeed and return to the Fang are implanted with the remaining components of the gene-seed, which stabilizes the effects of the Helix. However, even after initiation into the chapter, many Wolves are never entirely free of the Curse and risk reverting to their bestial state in moments of great stress.

Part of the duties of the Wolf Priests is to watch over their brothers in battle, and remind them of their better instincts when they are in danger of succumbing to the Curse. 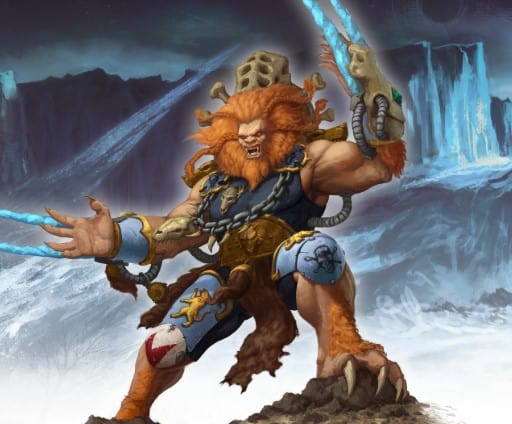 Space Wolves Wulfen supposedly take their name from Wulfen, a chieftain of Fenris who was the first to accept Leman Russ‘s offer to become a trans-human Space Marine, but because of his secret ambition and jealousy of Russ, the geneseed turned him into a vicious monster instead. Despite the general belief that Wulfen were entirely bestial and thus irredeemable, there were rare cases where Wolf brothers could be reasoned with and brought under control. 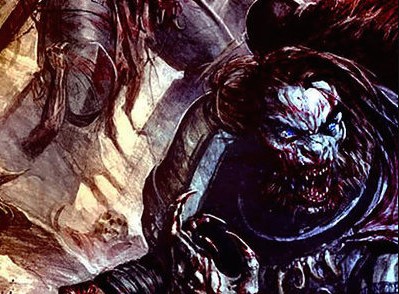 In late M41, the Wolves’ arch-rivals, the Thousand Sons Chaos Space Marines, conducted a ritual using relics stolen from the chapter, including the sacred Spear of Russ and the gene-seed of several fallen Wolves. With these, the Sorcerer Madox planned to generate an interstellar field that would transform all the Wolves into Wulfen.

This ritual was stopped by Ragnar Blackmane, though not before its effects caused havoc among several of the chapter’s brothers. 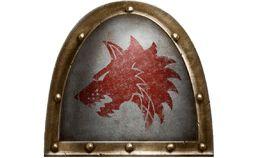 Find Out More About The Cures Of The Wulfen! 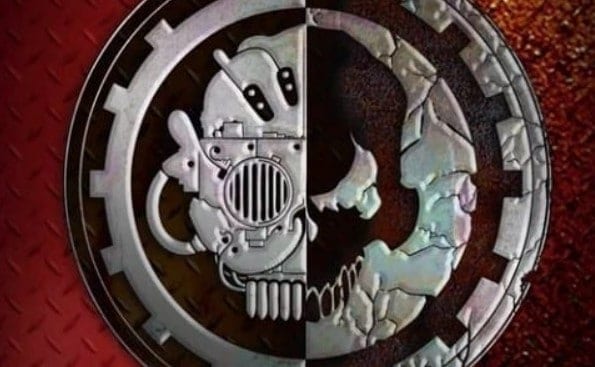 PREV ARTICLE
« A Wall of Imperium: Armies on Parade

NEXT ARTICLE
Hidden In Plain Sight: Army of One »
If you buy something from a link on our site, we may earn a commision. See our ethics statement.