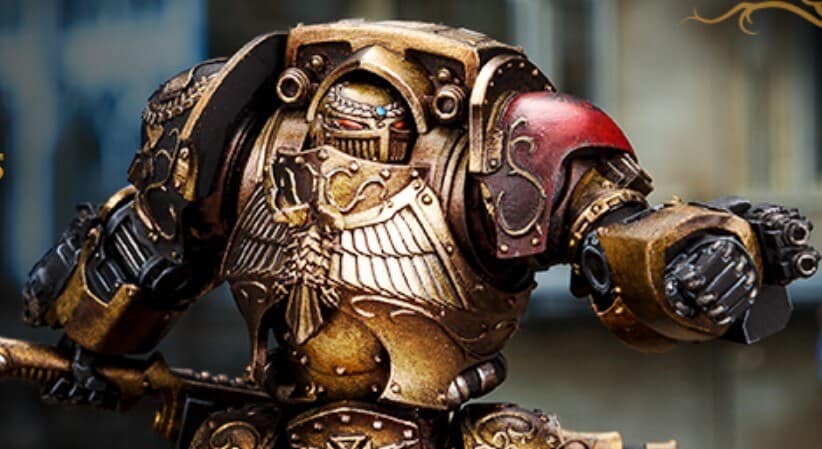 Here are some of the shockingly good 40k army lists that players used against the grain of the Space Marine meta last weekend at the Hellfire RTT.

Spotted at the Hellfire RTT, these three Homebrews hit the meta and actually didn’t do too bad! Of course, the advantage of bringing units that everyone else seems to overlooks makes for units your opponent hardly has any practice interacting with.

Using this as leverage, here are some spicy homebrews pulled from the event that you may want to check out.  Thanks to Best Coast Pairings, we can look back at the event as if we were there ourselves. 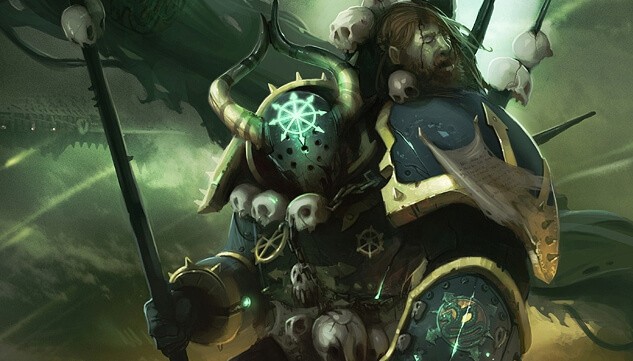 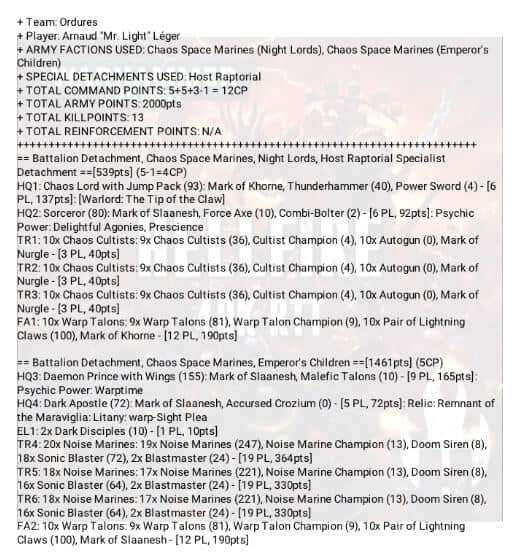 This list is pretty jumbled up and condensed so it’s not the easiest to read. However, the key players in this list are a Chaos Smash Lord, ten Warp Talons all with the Mark of Khorne (because duh…they’re melee). Last, but certainly not least…fifty-six total Noise Marines with all the cover-ignoring weaponry as well as being supported by a Dark Apostle. And to add another fast-moving target to the list, a separate squad of Warp Talons hit the field.

Between the fatty squads of Noise Marines launching bass drops from the mid-field and the Warp Talons dropping in to mulch screens, this list was definitely one of the more unique chaos lists we’ve ever covered. 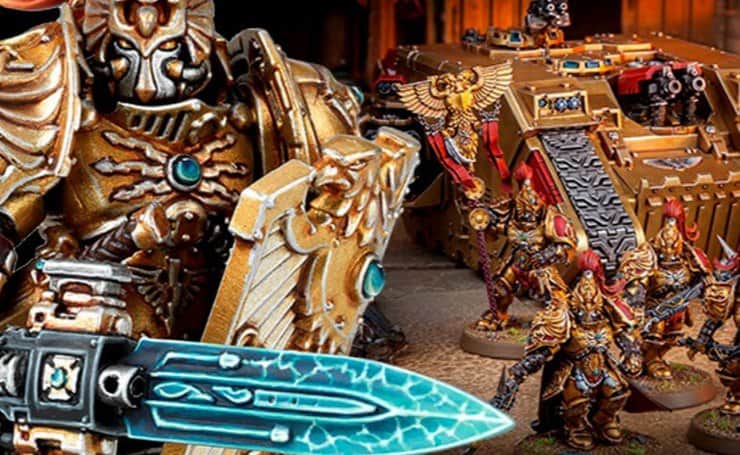 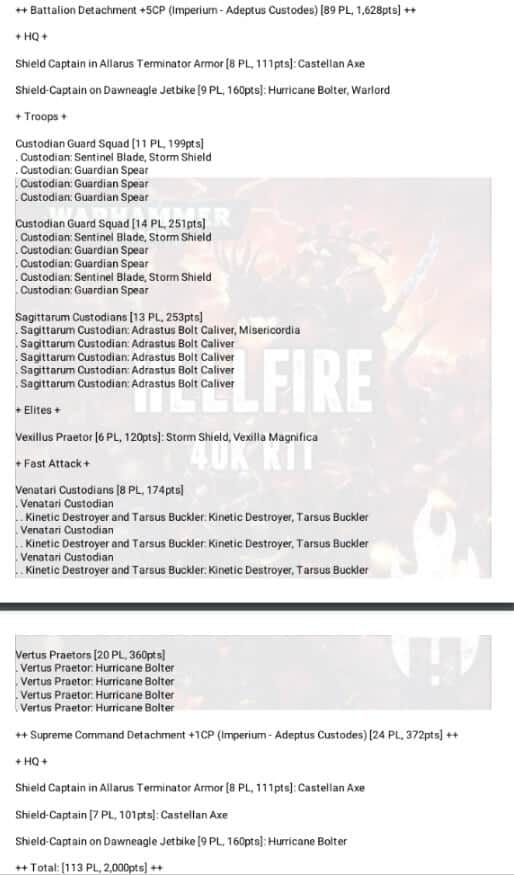 For the Custodes, would you believe this list didn’t run ANY Caladiuses? Instead, a heavy focus was brought to ground troops. With Sagittarum Custodians hanging back and providing some decent anti-infantry firepower for the Guardian Spear Custodes to march up the board, this list ran quite a few models for a Custodes list.

Of course, the Vexilla was brought for some added protection. But to add a little speed to the list, a Dawneagle Captain led the charge with some Vertus Praetors as the new Forge World Venatari dudes.

Overall, this list used some character staples to tie the army down. But as for the other choices taking up most of the points, Patrice really thought outside of the box. 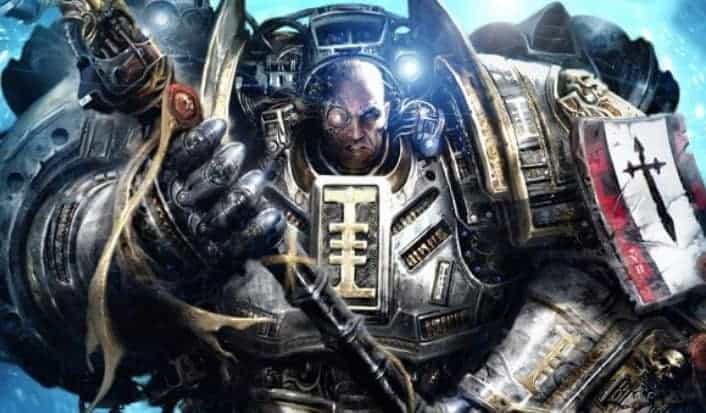 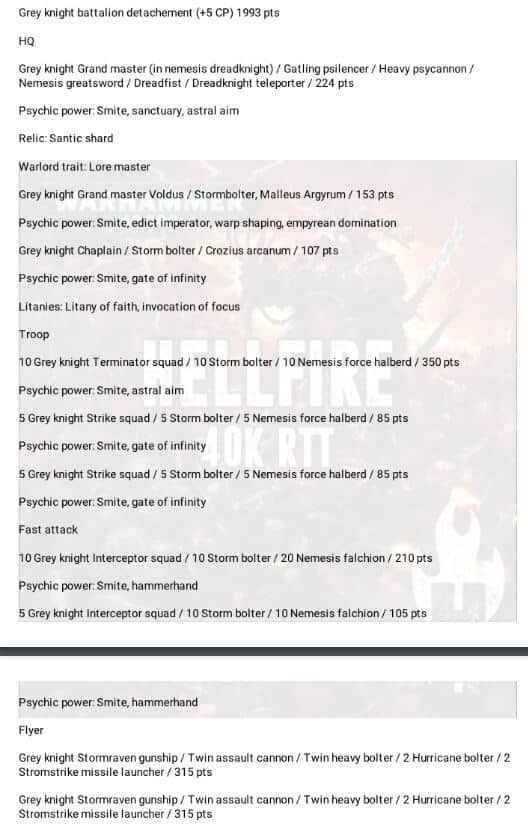 Finishing up the list of homebrews, this Grey Knight list took to the field without using any Paladins, which is considered by most as one of the best units to pick from. Instead, Voldus and a Grand Master Dreadknight led a chunky squad of ten Terminators and Strike Teams to fill out a Battalion.

However, to add some speed, fifteen total Interceptors hit the board and teleported wherever they needed to be at any given notice. While these guys were jumping on objectives and conducting surgical strikes, two Dakka Ravens also flew up the board as a distraction.

Overall, this list is dope and brought a list eerily similar to the way some Aeldari lists work. (I.e pick a fast-moving unit to cap objectives and create pressure with a bunch of Flyers).

With these three lists covered, which one is your personal favorite? Have you been working on some 40k homebrew army lists that’s able to take on some of the meta Space Marine heavy hitters? 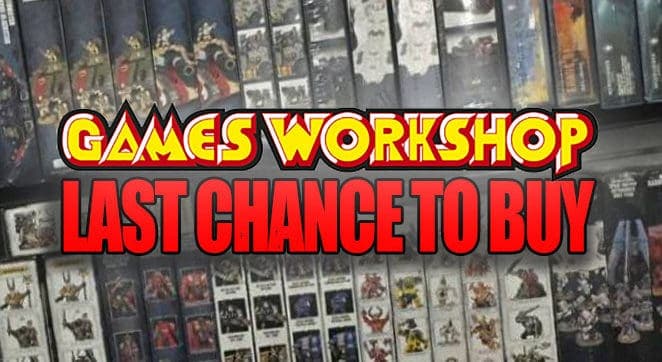 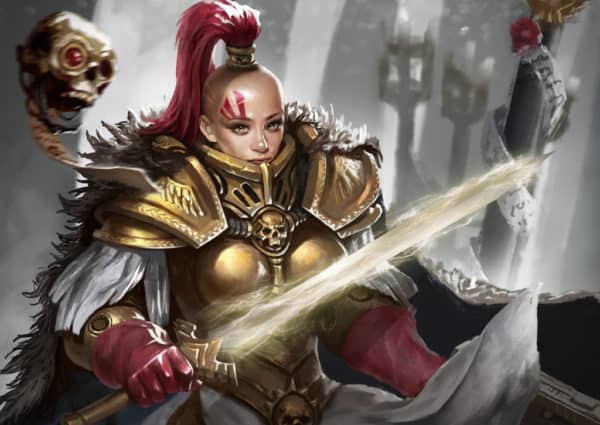 NEXT ARTICLE
New 40k Rules For Valerian & Aleya Are Unplayable »
If you buy something from a link on our site, we may earn a commision. See our ethics statement.