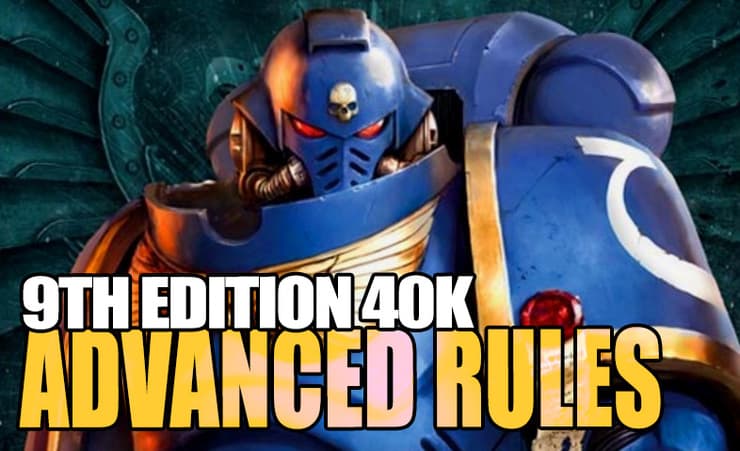 9th Edition is here and now it’s time to look at what seems to be some advanced rules for future games of 40k. It’s all laid out here!

Spotted on Imgur, it looks like a few pages inside the core rulebook for 9th Edition will have a clear breakdown of things we need to know for advanced rules and experienced 40k players. We’ll be pulling out a few major talking points but be sure to check out the images for yourself if you want to be fully prepared for your first game of 9th Edition. There’s a lot to cover. 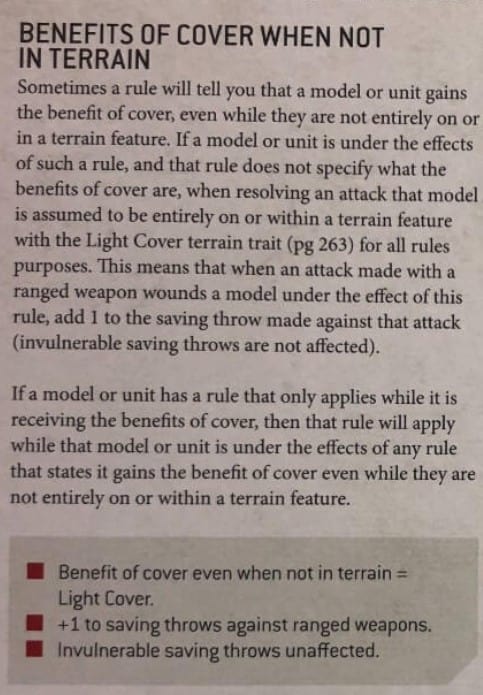 We all know there’s a handful of different types of cover on the way to 9th Edition. However, there are some rules that are just defined “as giving the benefit of cover”. So what kind of cover do those units get? Well, for sake of ease, GW has laid out the details saying any kind of generic cover bonus without being in a terrain feature is treated as light cover. This just means +1 to armor saves against ranged weapons. 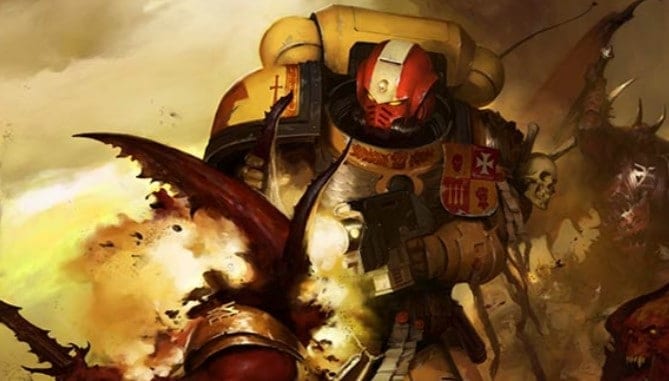 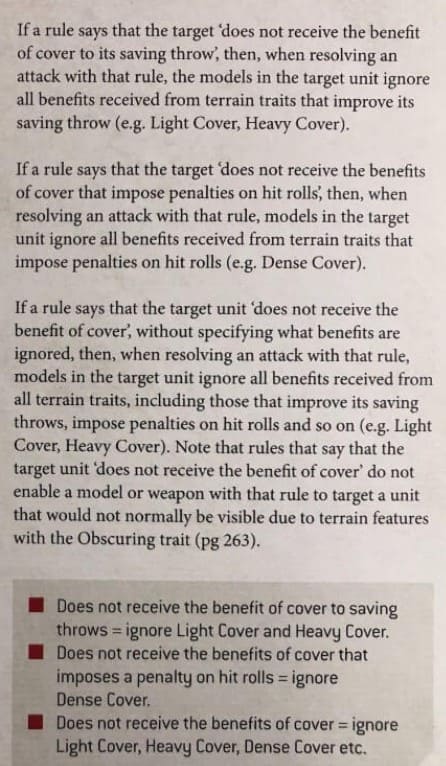 However, there will be some weapons that completely ignore any kind of cover bonus which, excluding whatever LOS-blocking effects the terrain has, everything else will be negated. That’s super powerful. 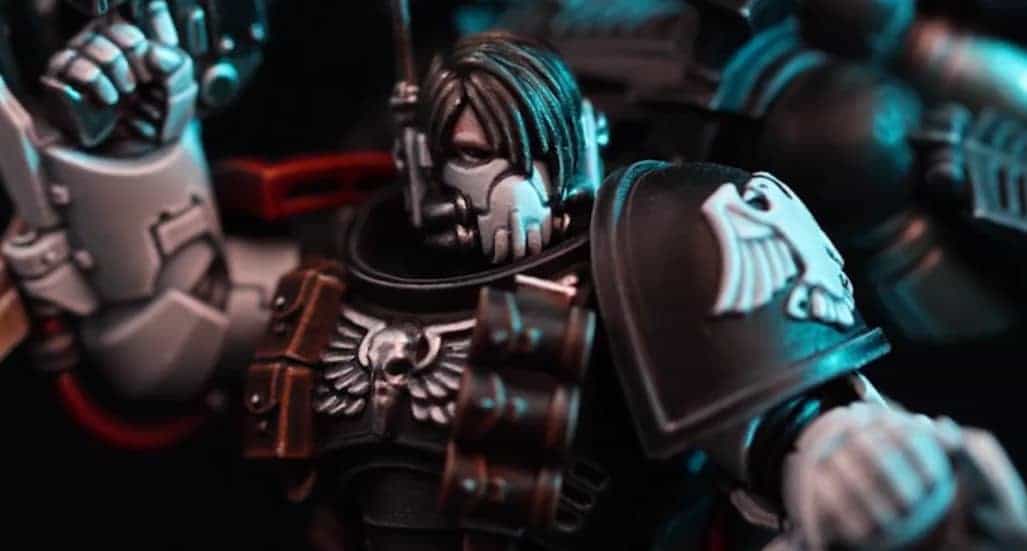 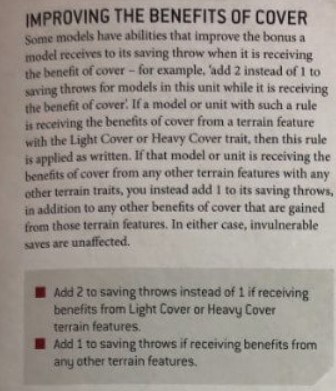 For units with camo cloaks, you’ll still get your bonuses, but it will be dependent on what kind of terrain you’re in. Light and Heavy cover are the terrain types that already give a +1 to armor saves so you’ll be able to tack on another +1. However, for terrain that doesn’t normally give any armor save bonus, you’ll still have a +1 which isn’t bad. This is going to be really important for lists running heavy loads of Scout Snipers and Eliminators. 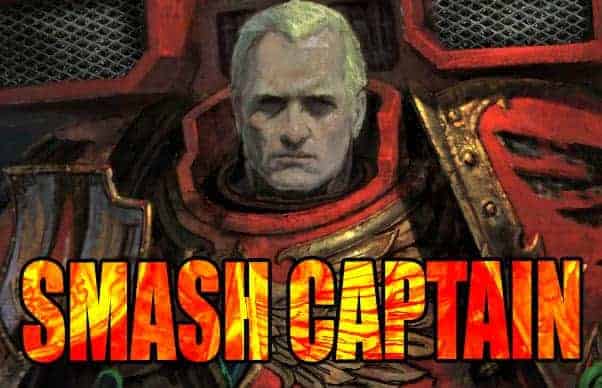 By the way this rule is worded, Smash Captains and other scary melee characters (especially for Blood Angels) may be taking a real kick in the pants. 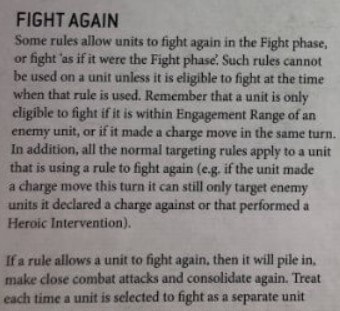 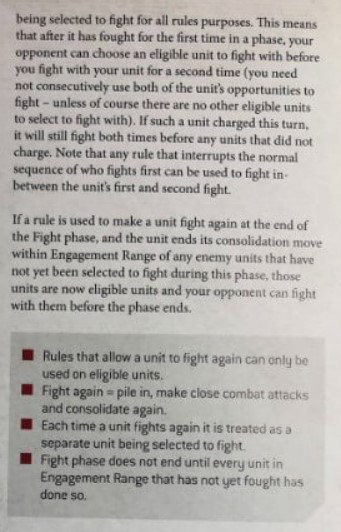 Overall, things are pretty cut and dry here. You can only fight against units you charge and if you consolidate into a new unit that hasn’t fought, they get to fight you. However, one thing stands out, that by the way it’s worded, may cut the efficiency of Smash Captains in half.

Now, Red Rampage lasts through the duration of the Fight Phase, but if you pop 2CP to fight as you die, you’re technically fighting again, which means you’re seen as a new unit. Quickening lasts until your next Psychic Phase, but even though you’re seen as a new unit if you choose to fight again, would that mean that “new unit” means that you’re just treated as having not attacked? Or could it mean that the old unit (the unit with buffs) is gone? 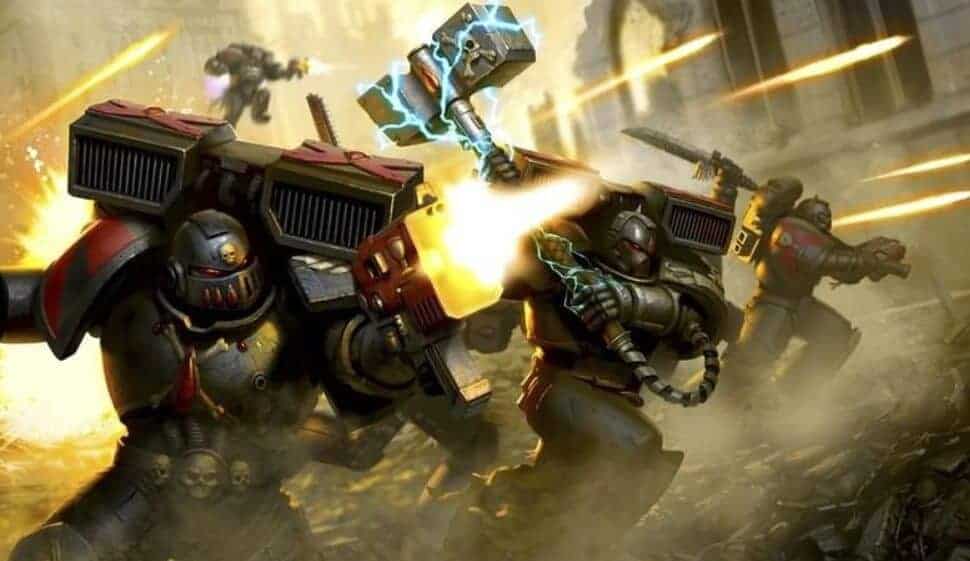 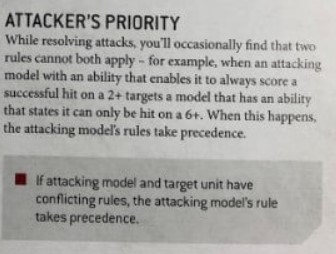 There are some rules that force a unit to only be hit on a 6+ and other rules that make a unit always hit on a 2+. Well, you obviously can’t hit on a 2+ AND a 6+ so to make things simple, the Attacker has the priority. That makes getting the charge off and being more aggressive greatly benefit in these situations. This is also another huge detail to consider before your next game.

Once again, we’ve only covered some of the major rules but there are still a lot of things to look over for yourself if you have the time.

Of what we’ve pulled out of the advanced rules, what do you think about 9th Edition now? Did GW to a good job at covering all the bases for weird rules questions? How does the “new unit” mechanic work if you get to fight again? 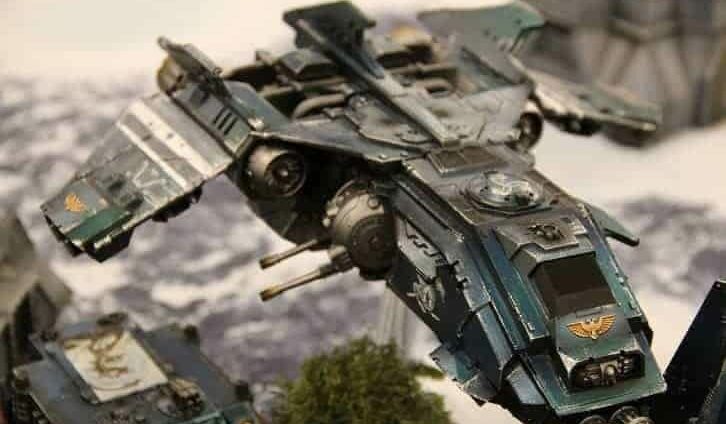 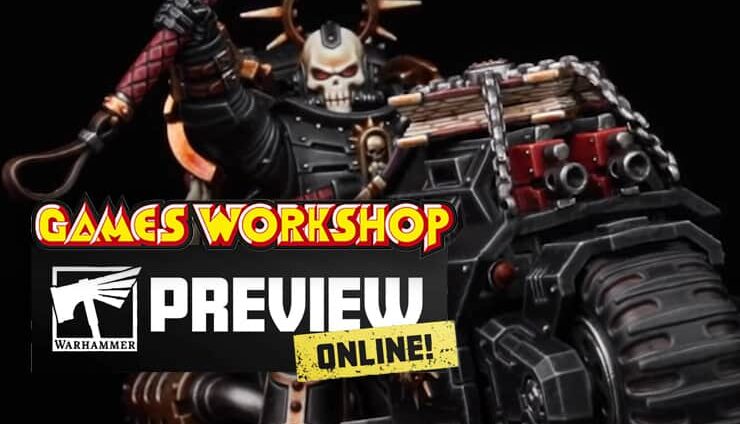 NEXT ARTICLE
What’s Next From GW 40k Launch Party Preview Saturday »
If you buy something from a link on our site, we may earn a commision. See our ethics statement.