The hobby maniacs at Reptillian Overlords are rolling out their new Miniature Subscription service. Here’s what you need to know about it!

Get exactly what you need out of a miniature subscription 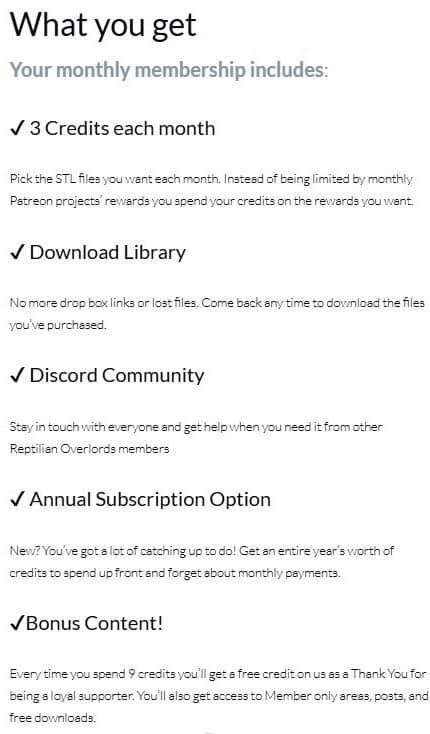 Welcome to the Reptilian Overlords Miniature Subscription! For the past two years, we’ve been creating the highest quality resin miniatures and conversion bits you could find anywhere! Now we’re making those bits available to download and print on your home 3D printer.

With the Miniature Subscription, you’ll be well-stocked with the best quality bits at a reduced price. Imagine being able to print out entire armies for the cost of a couple of lattes each month.

Each month we’ll be working on exciting new releases in the Sci-fi and fantasy genres and you’ll be able to follow along and participate in the process in our Development Blog over on the posts page. Your input and participation have really helped make our miniatures better so I love showing you what’s in the works and hearing what you have to say. 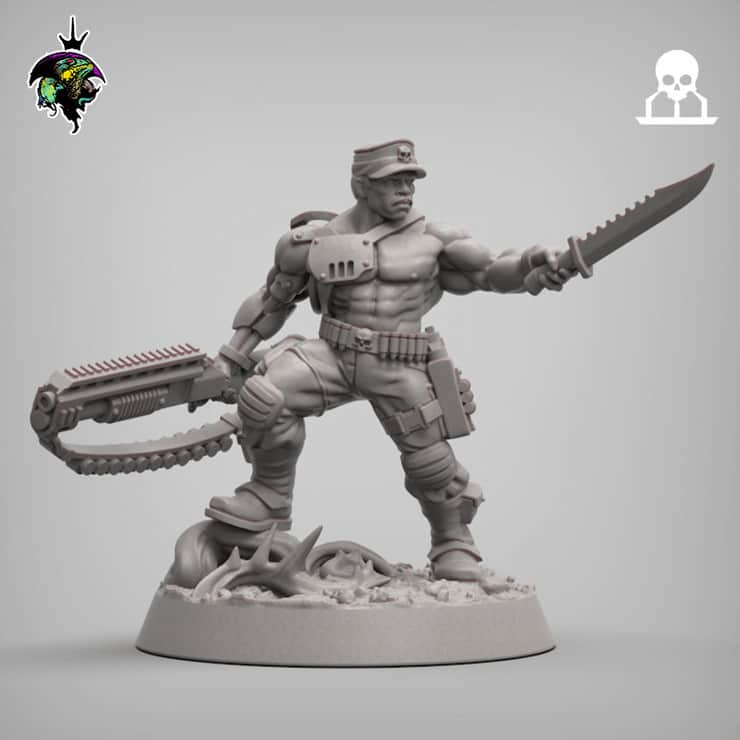 The Colonel is simply glorious! He is the perfect addition to any Guard army or will make the perfect hero in so many game systems. If you love Reptilian Overlords, go see what else they have to offer. 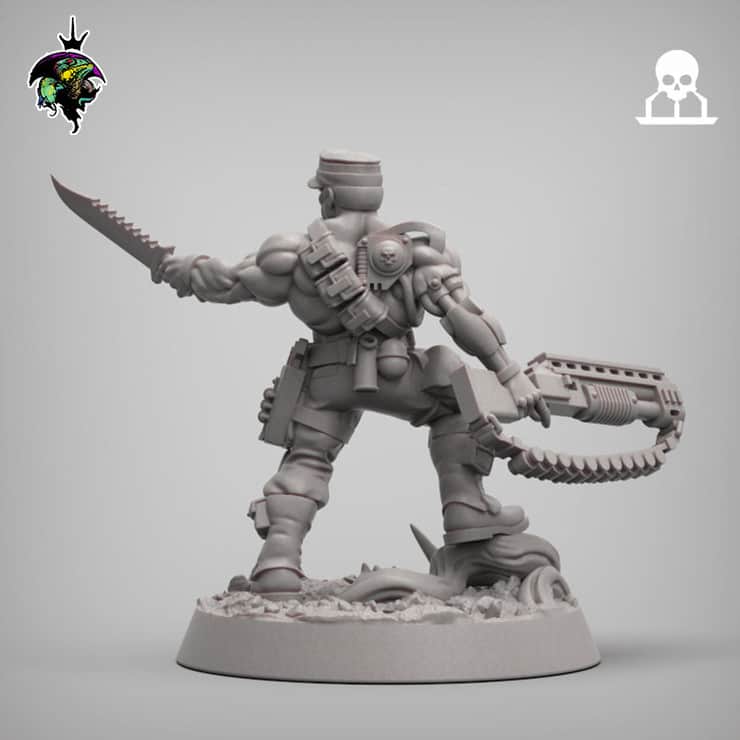 The Powerful Colonel stands ready to carry your armies to victory. He prefers the jungle but can make a dent no matter the scenario! 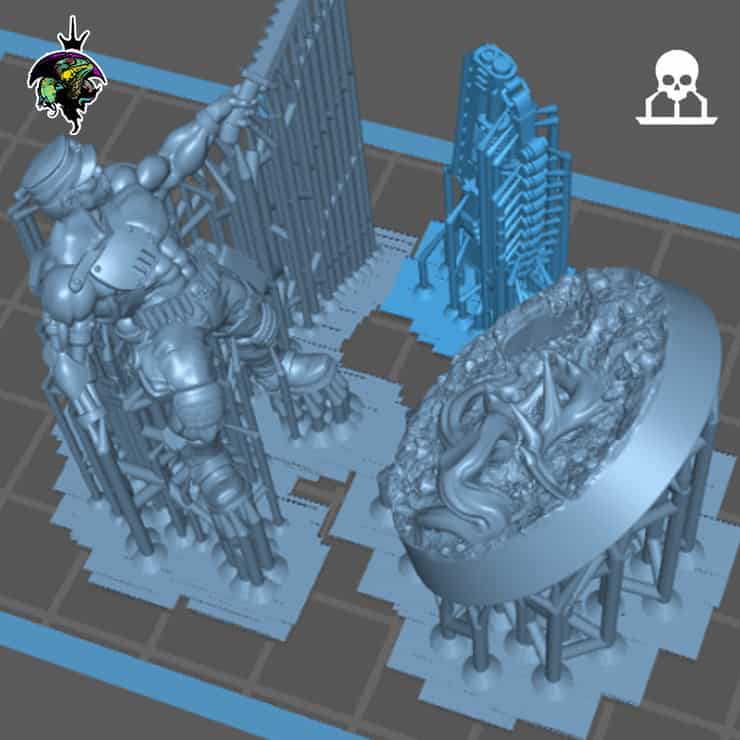 Here’s how he comes supported out of a 3D printer. This guy is ready to destroy in 9th edition!

Here’s what they have to say about the Colonel:

Col. Apollo ‘Iron Man’ Proximal is undoubtedly the most well-known commander operating in the Space Nam theater. Having survived countless engagements with the enemy including the one in which he received multiple grievous chest wounds and lost his arm in a xenos ambush, he has proven to be an unstoppable force and a courageous leader.

The Colonel stands ready for rapid deployment thanks to the pre supported files included in the download. His shotgun arm is separate making it a great conversion piece and making him highly customizable. He also comes with a 32mm scenic base which brings to mind the hostile environment of the Space Nam jungles.

That does it for the Col. Apollo! Don’t let your Guard army go to war without this guy! Go pick him up today. 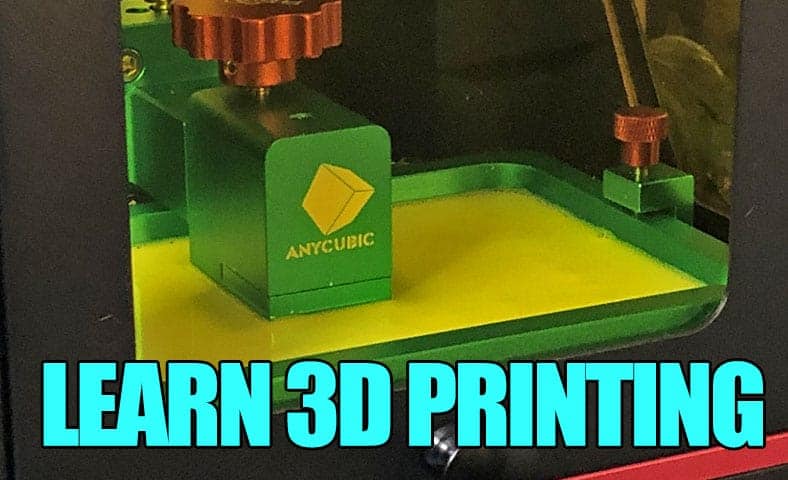 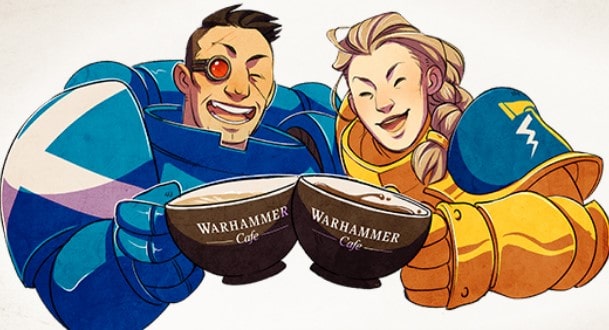 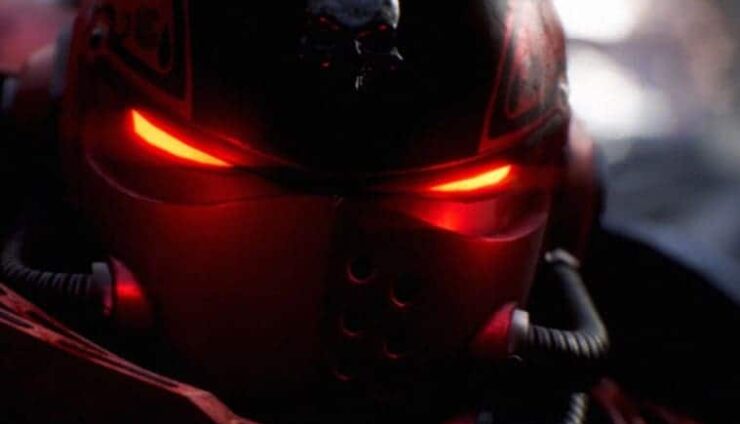 NEXT ARTICLE
Grand Tournament & 9th 40k Rulebook Missions Are Different »
If you buy something from a link on our site, we may earn a commision. See our ethics statement.