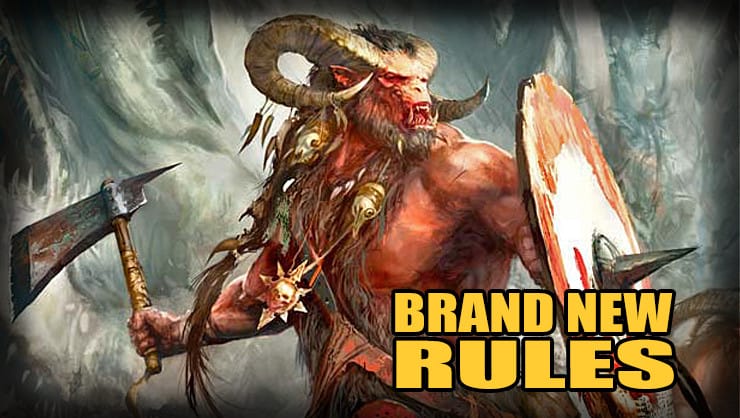 These new AoS Beasts of Chaos battletome rules update in White Dwarf 473 is to bring the army up to the new Age of Sigmar 3.0 standard!

A few months ago we saw the Cities of Sigmar receive their updated rules for AoS 3.0 in White Dwarf and it looks like most months will see a faction updated for a while. Honestly, this is a decent way to update armies like the Cities of Sigmar faction to AoS 3.0 because it can take years for every army to get a book in the new edition.

This seems like a decent stop-gap to move armies into the new edition, especially considering it looks like they will not just do an index.

Plus it is a pretty cheap middle ground to updating the armies, as GW gave them new Matched Play rules, battalions, and more. These new rules were spotted over on Reddit. 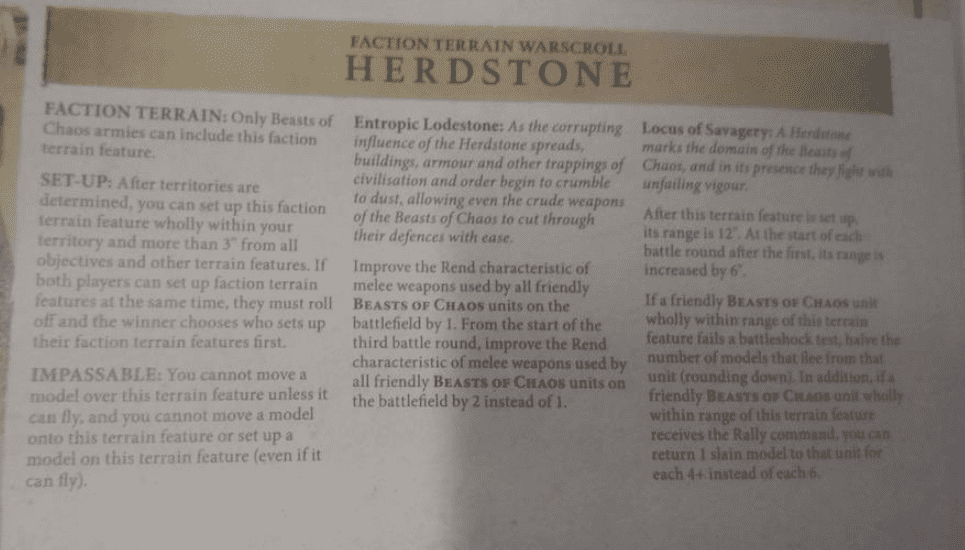 This is their terrain piece, but it also is a part of their Grand Strategy. Increasing all Rend is really strong, especially because it has no range, they just all get it. Then you lose fewer models who flee while close and can actually return models to the unit on a 4+.

This could be insanely strong for your small units of big models. 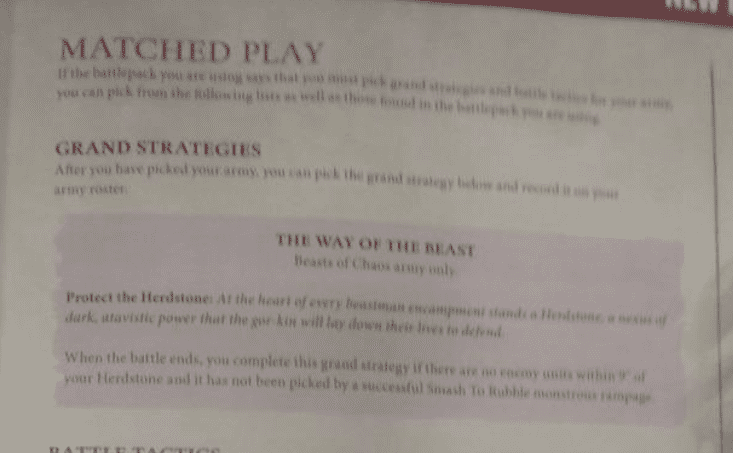 This might be kind of hard to achieve unless you really took out the majority of the enemy’s units. As it’s not too hard for your opponent to get one close if they have a decent number of units left. 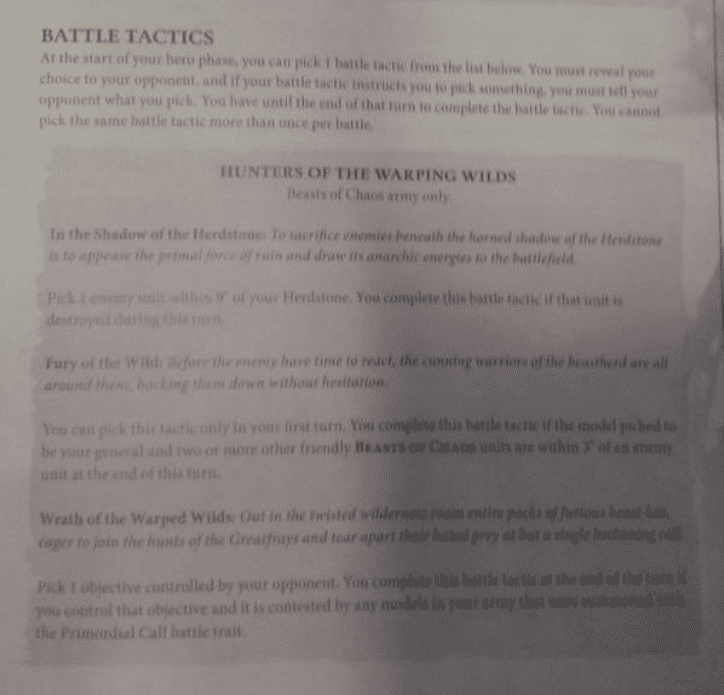 They have some interesting ones, but with so much focusing around the stone, your placement of it will be really important to scoring. Then, if you can rampage forward and get a ton of units forward, you will also get some points. But it might be hard to actually achieve as you need your general and two other units within 3″ of enemy units. 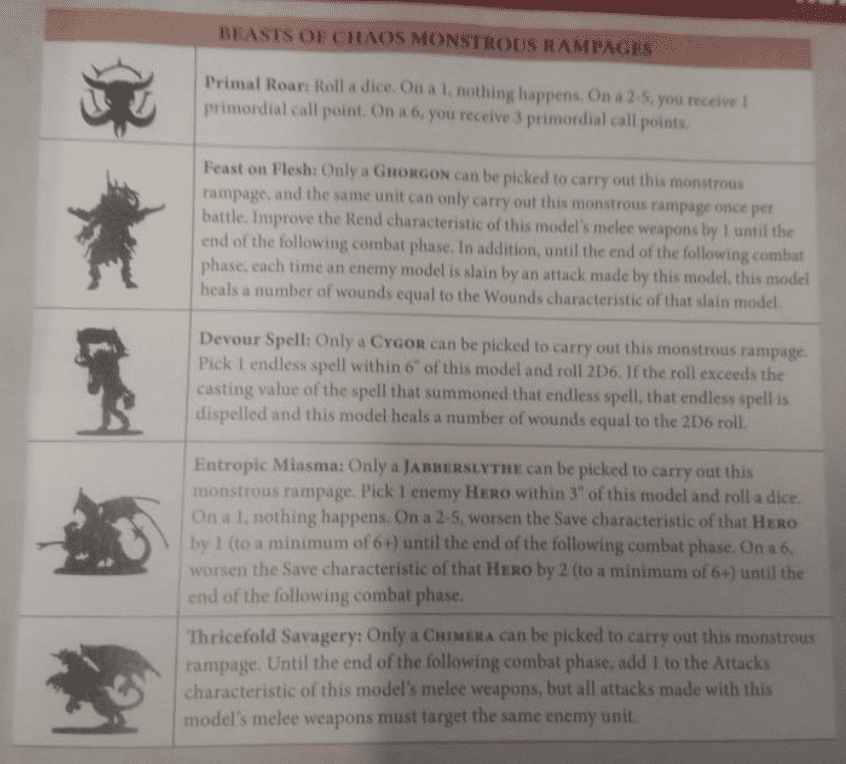 Since they have so many giant models, you actually get your own Monstrous Rampage table. They are all pretty cool but obviously, 5 of the 6 are specific to certain beasts. So, it’s cool to give them that extra little bit of special power.

Check out all the other AoS Battletome rules updates inside previous White Dwarf Magazine for Age of Sigmar.

Do you like how they release new AoS 3.0 rules updates for armies like Beasts of Chaos in the White Dwarf? 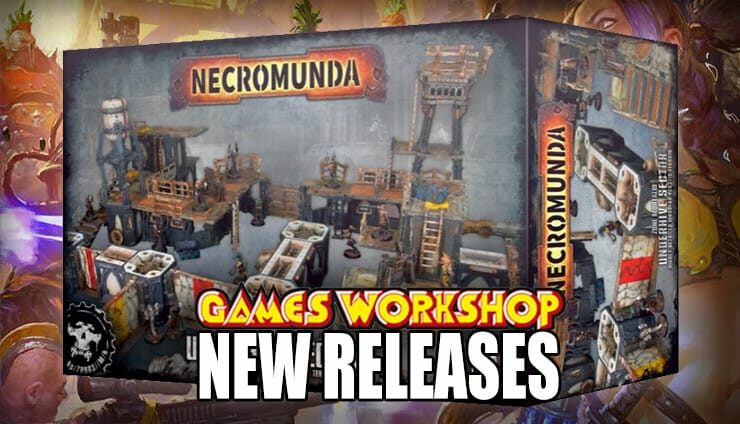 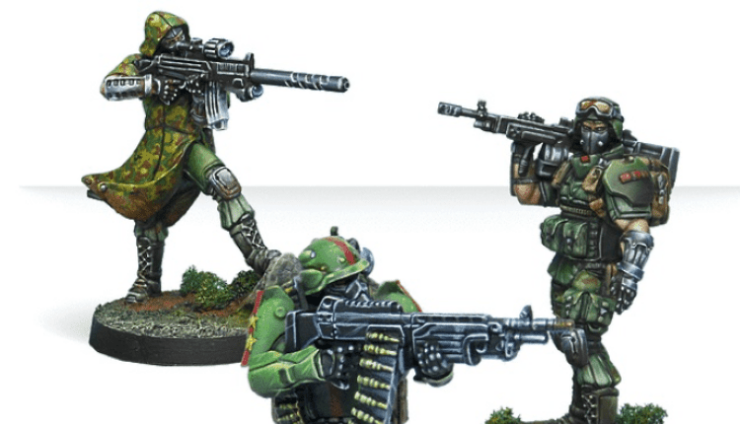 NEXT ARTICLE
March Infinity Miniatures Preview From Corvus Belli »
If you buy something from a link on our site, we may earn a commision. See our ethics statement.