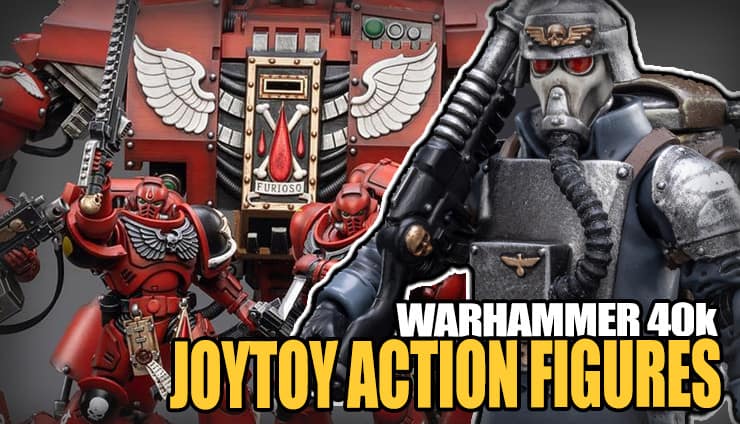 New JOYTOY Warhammer 40k action figures for the Death Korps of Krieg and Blood Angels including a Furioso Dreadnought have been spotted!

We’ve already seen a ton of Space Marines, but it looks like some humans might be next! We also just saw a bunch of stuff going on pre-order for people here in the States, so we’ll take a look at that first, then jump into all the new stuff! 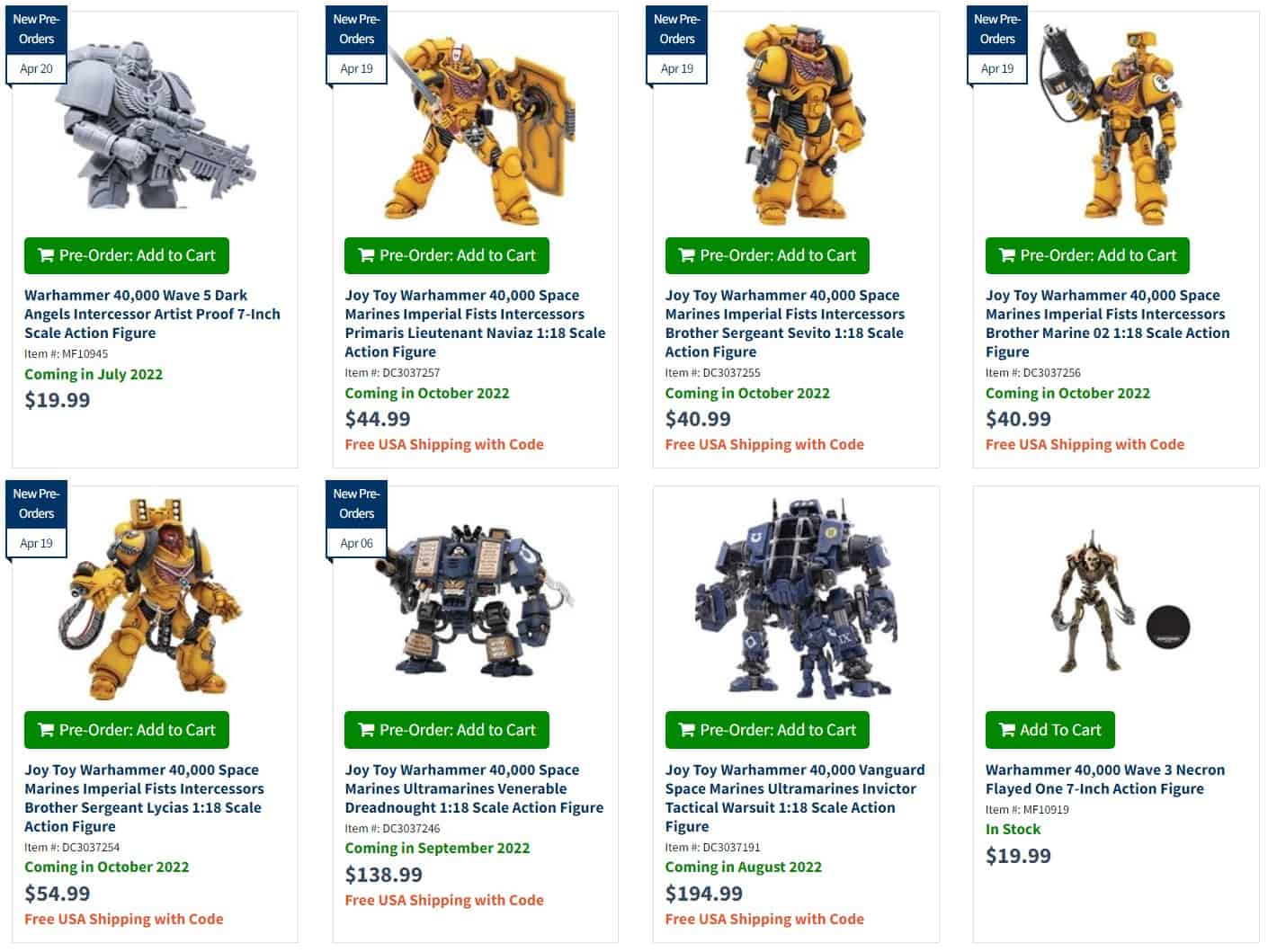 You can get all of the above from Entertainment Earth right now. The nice part is now you can even get a ton of the older releases as well! You can click any of the links below to go grab yours now!

The majority will be shipping out in October, but a few are in other months, so just keep that in mind when you’re ordering. If you want to see what some of the previous figures are like in person, check out Rob’s video on it below. 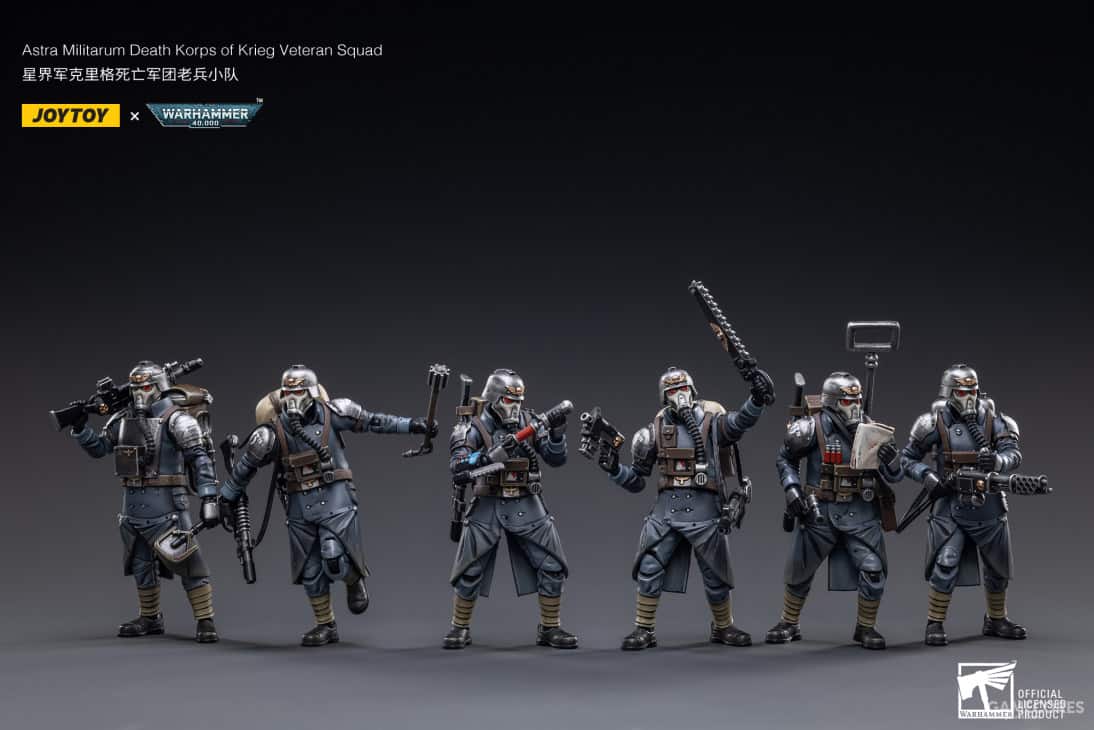 Grab your shovels and fix bayonets because the new Death Korps of Kreig (DKoK) JOYTOY 40k Action Figures are now a thing!

JOYTOY had an official reveal on Gcores for both the new DKoK and the new Blood Angels Action Figures including a Furioso dreadnought for Warhammer 40k! 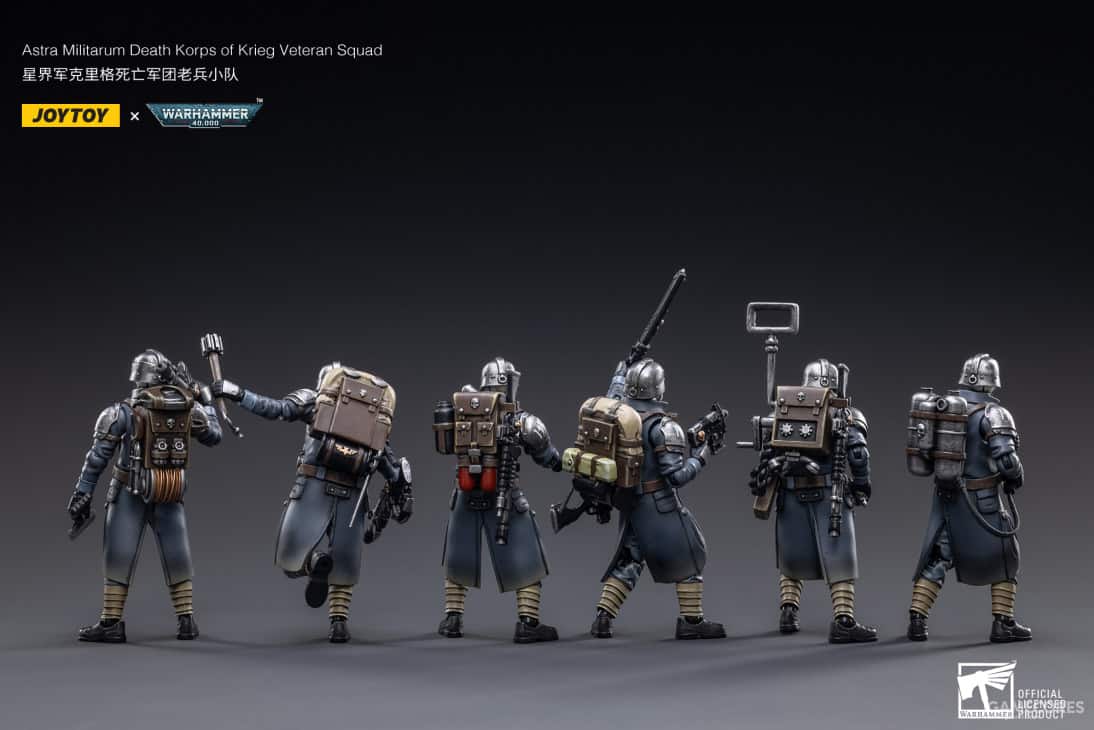 Factions other than Warhammer 40K Space Marines can finally be announced! This time, the size of the character returns to 3.75 with a scale of 1/18. Combined with JOYTOY’s past experience in soldier technology, we bring you the Krieg Death Corps with rich armed accessories with brand-new soldier skeleton and joint technology 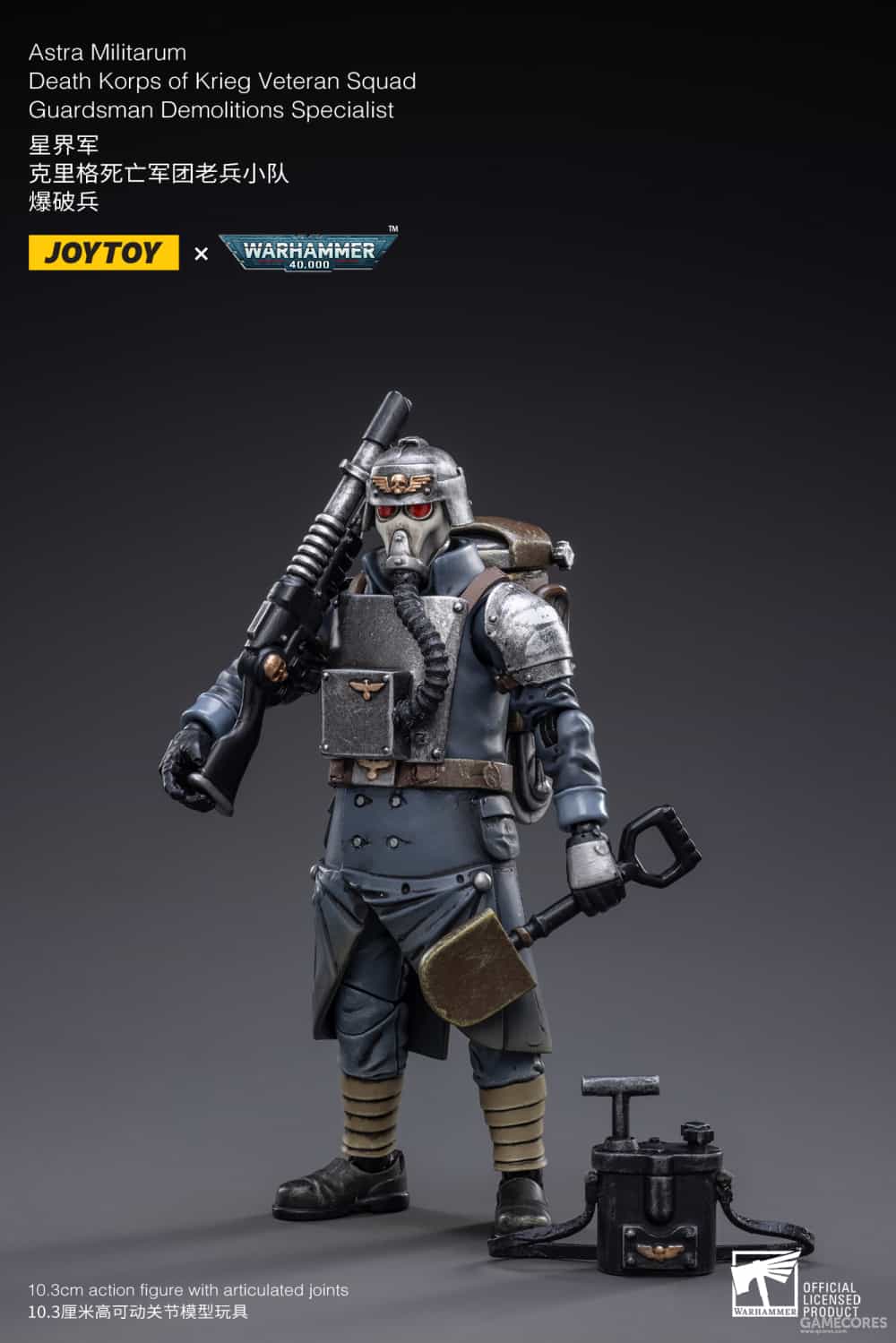 This image spotted on Facebook shows that these even match up with their 40k miniature counterparts from Kill Team even! 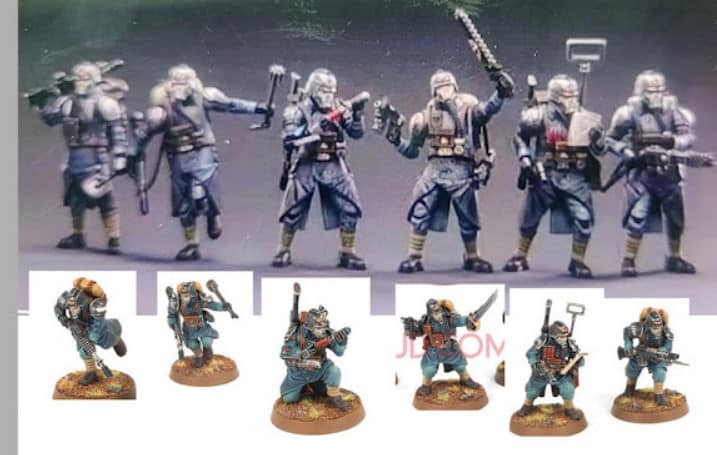 From the looks of it, these new Death Korps of Kreig JOYTOY Warhammer 40k action figures actually match up pretty close to the Kill Team models!

Just like we saw with the Imperial Fists now there is a demi-squad of the Sons of Sanguinius to look forward to as well! 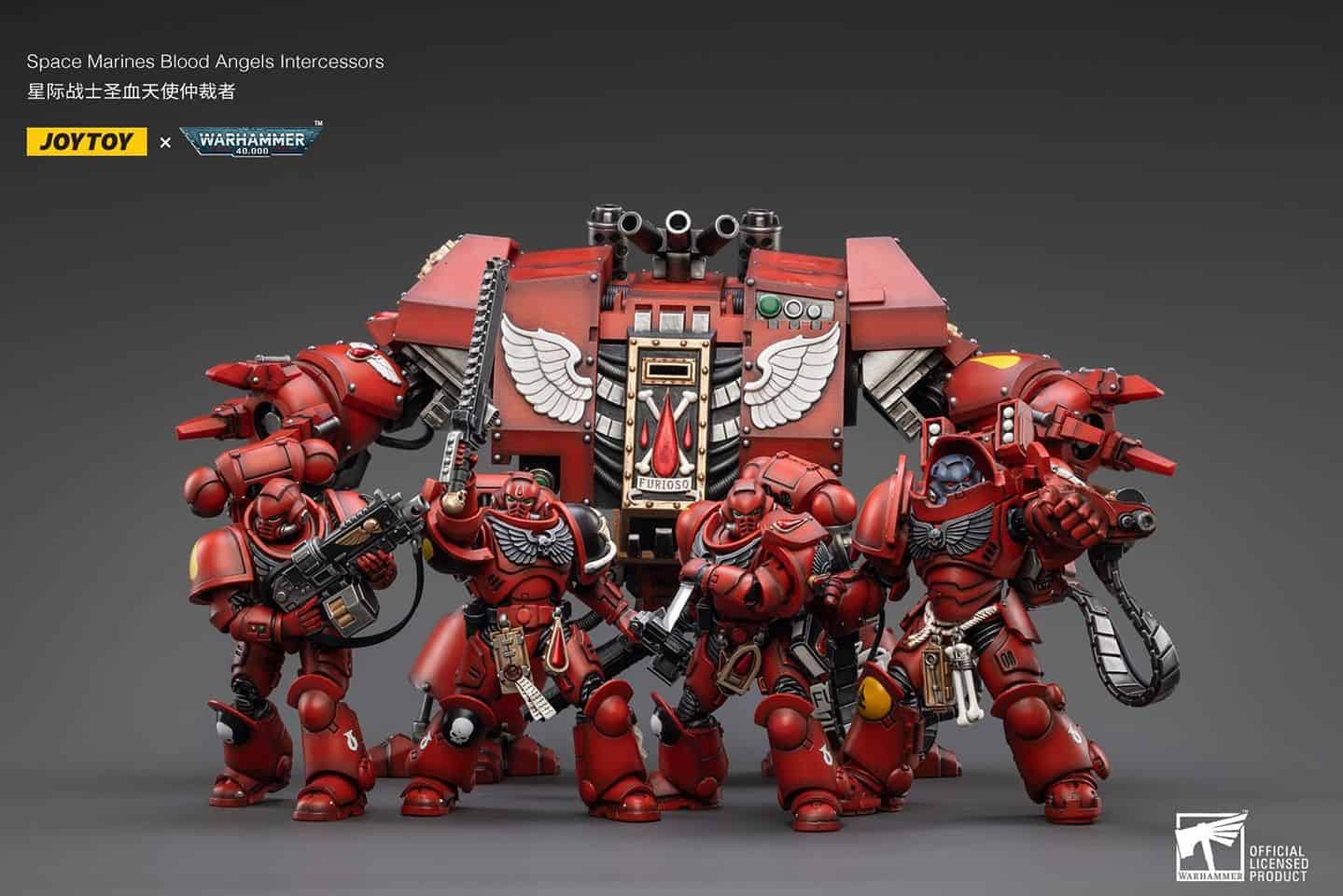 Four models including an Aggressor look to be releasing separately along with the fabled Furioso pattern dreadnought! 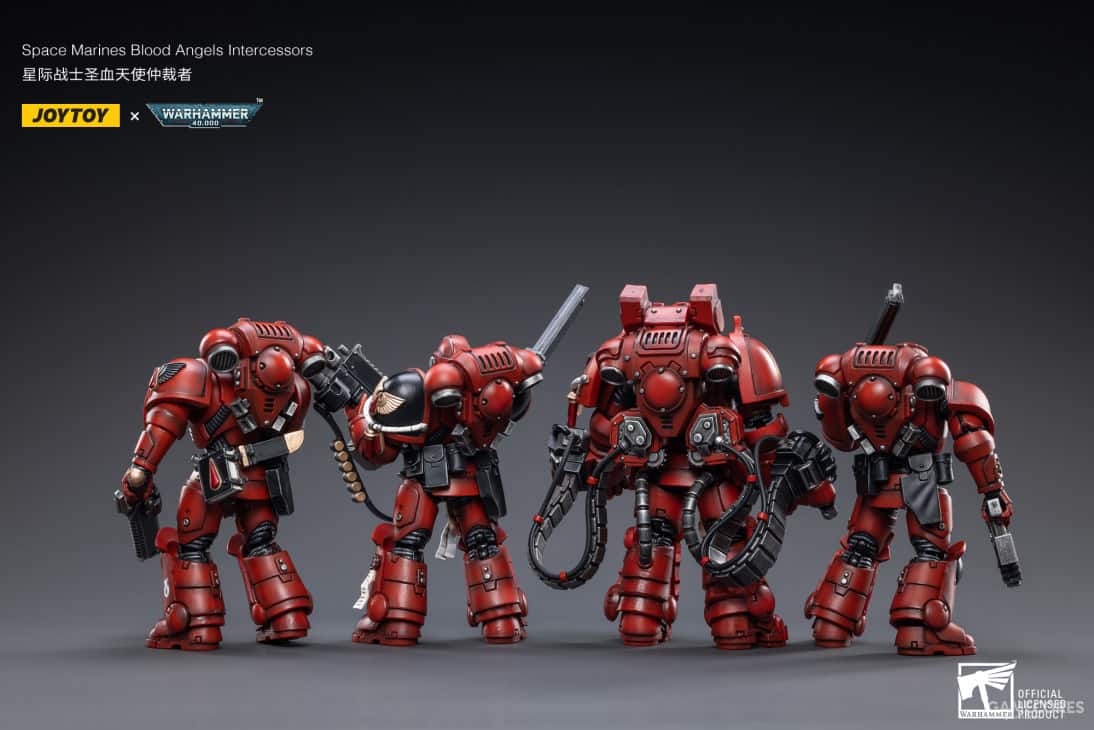 While obviously computer renders, the backs of these new JOYTOY Blood Angels 40k Action Figures look just as sharp as the fronts! 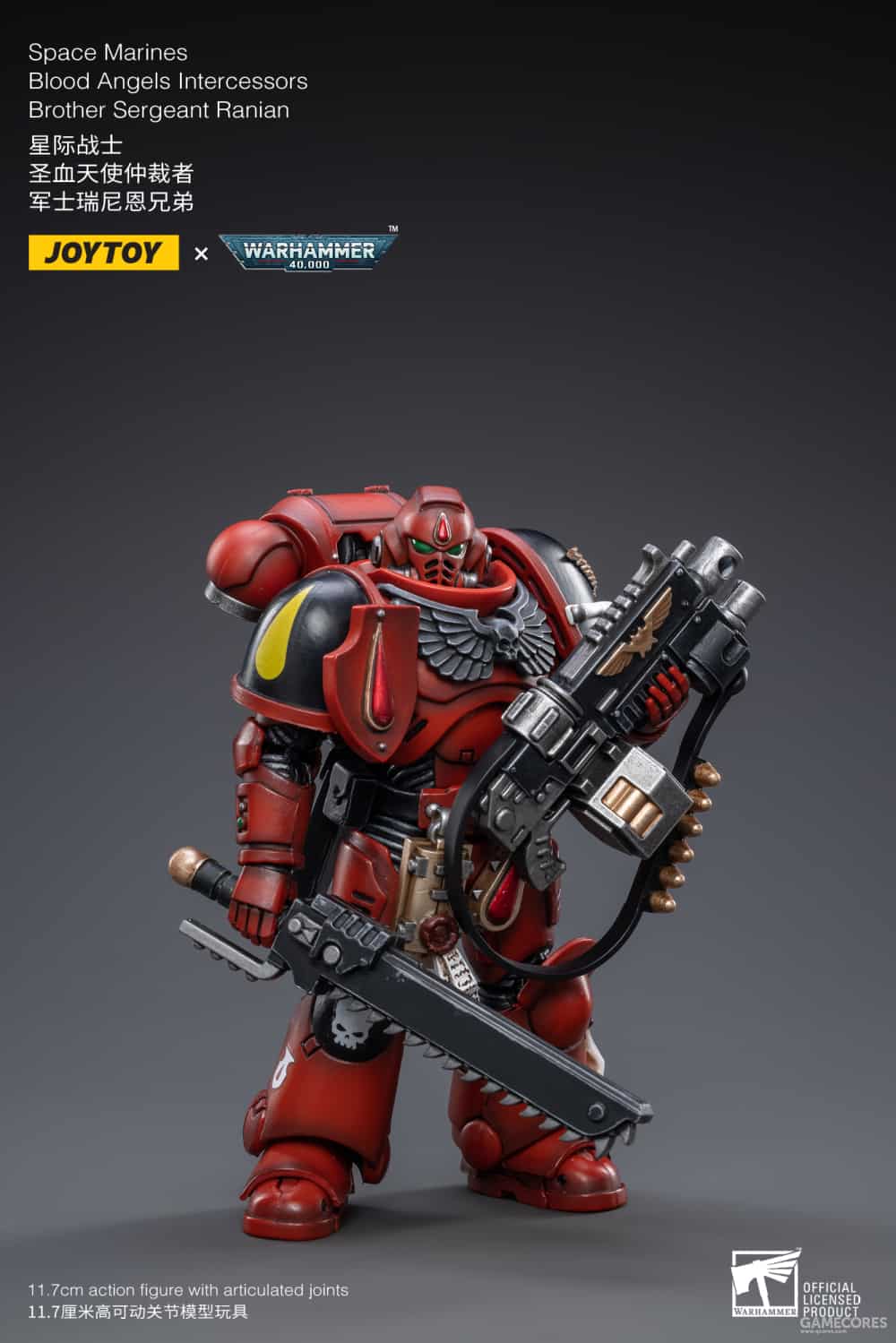 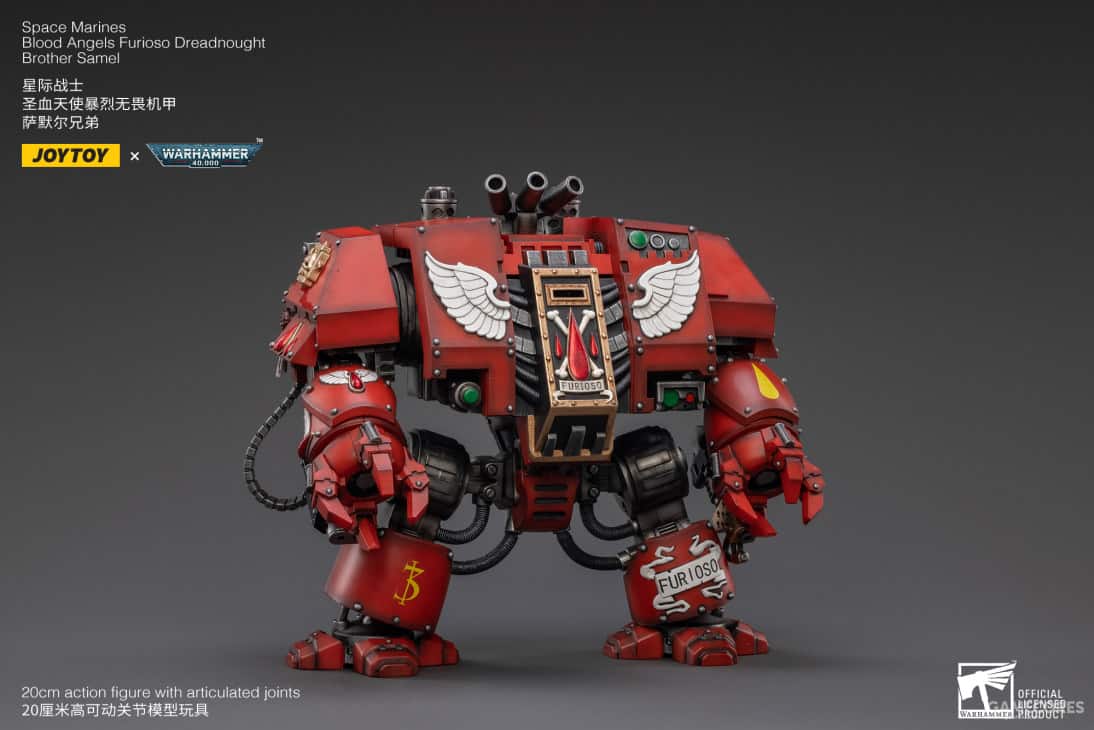 JOYTOY is really stepping up their Warhammer 40k action figure game as of late, eventually, perhaps we’ll get vehicles and maybe something larger like an Imperial Knight!

Will be picking up any of these JOYTOY Death Korps of Krieg 40k Action Figures, assuming both of these rumors are true? 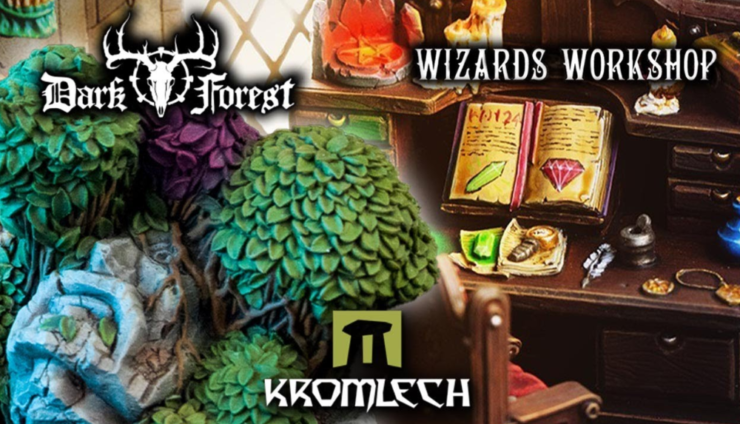 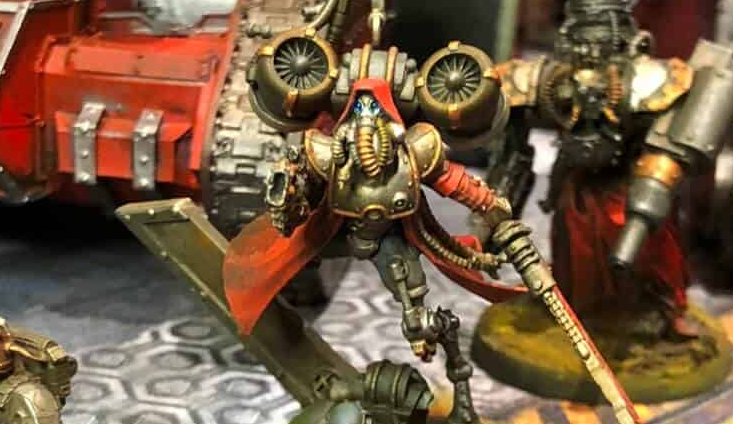 NEXT ARTICLE
Fighting for Knowledge: Armies on Parade »
If you buy something from a link on our site, we may earn a commision. See our ethics statement.