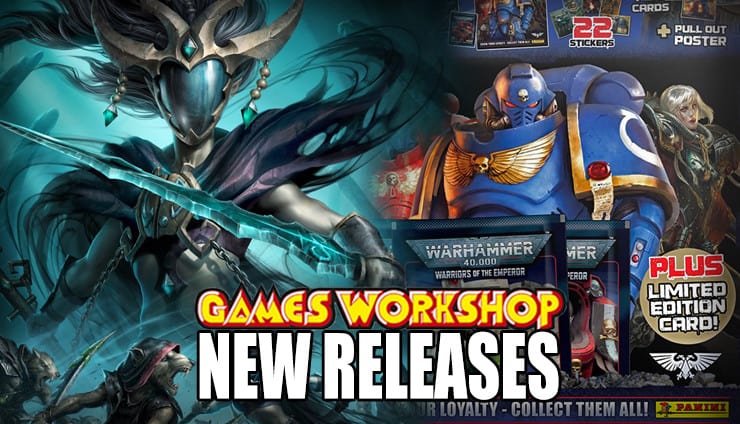 Underworlds Nethermaze and the officially licensed 40k stickers are here as this week’s new release pre-orders from Games Workshop!

Check out the latest from Games Workshop, and get those hobby dollars ready if you want any of these new releases that are up for pre-order right now!

While the price of the box is going up quite considerably from previous seasons, the minis inside the box are actually really cool. Plus, if you’re in the UK or Ireland, you can get some really cool collectibles. 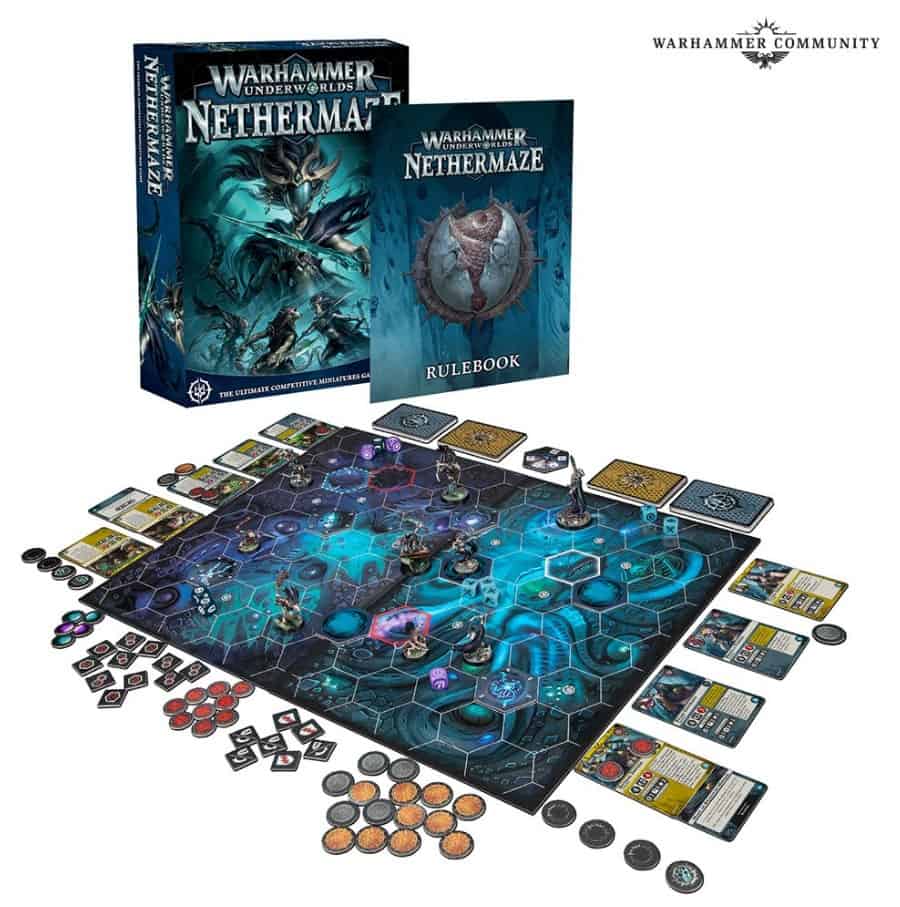 – The complete rules for Warhammer Underworlds – a tight and concise ruleset, honed over many seasons. This expansion adds fresh new mechanics like Maps and Domains, as well as chilling new lore and art that delves deeper still into the shadowy setting established by Harrowdeep 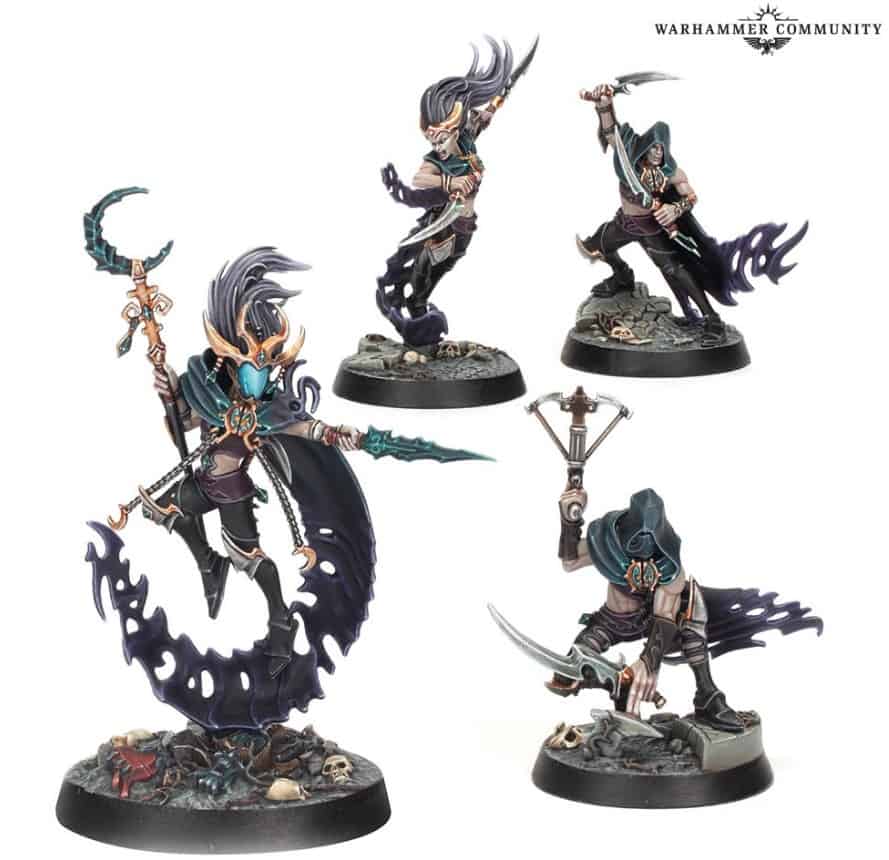 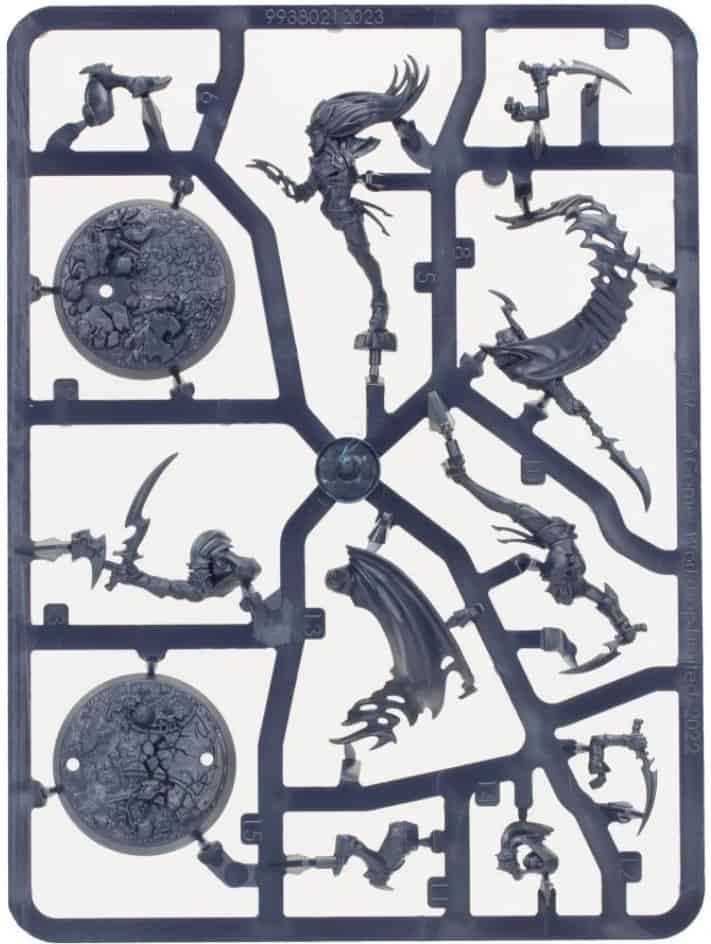 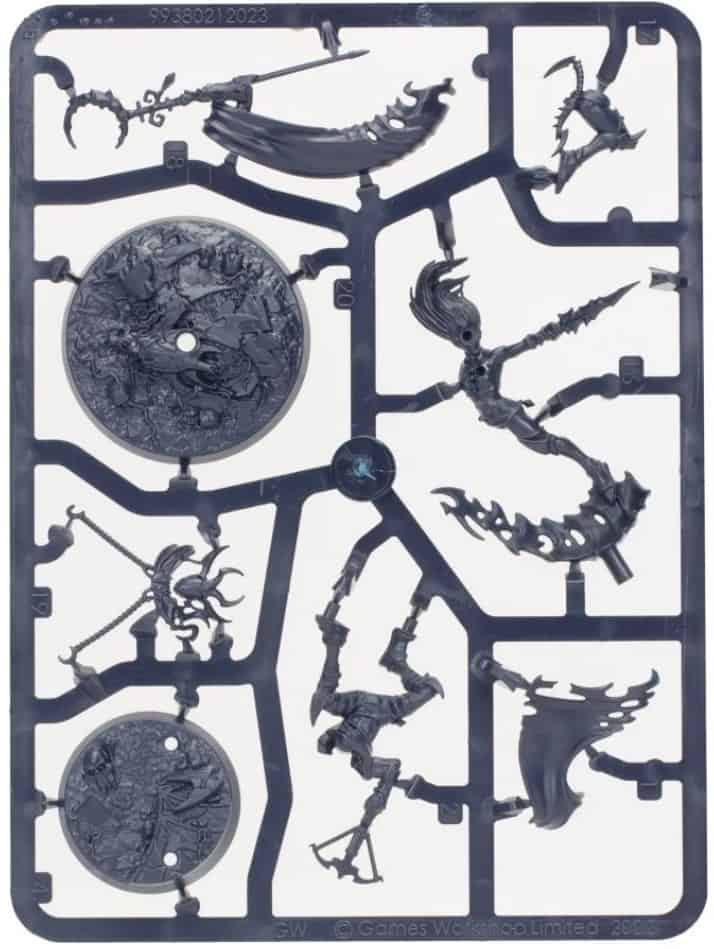 – The complete Shadeborn warband – Murderous aelven Shadowstalkers that utilise the umbral arts, melting into the shadows and then reappearing to strike down their foes from behind. Quickly assemble your warband with four push-fit models, cast in a deep mauve to stand out even when unpainted, plus fighter cards and a full Rivals deck to claim the deeps for Khaine 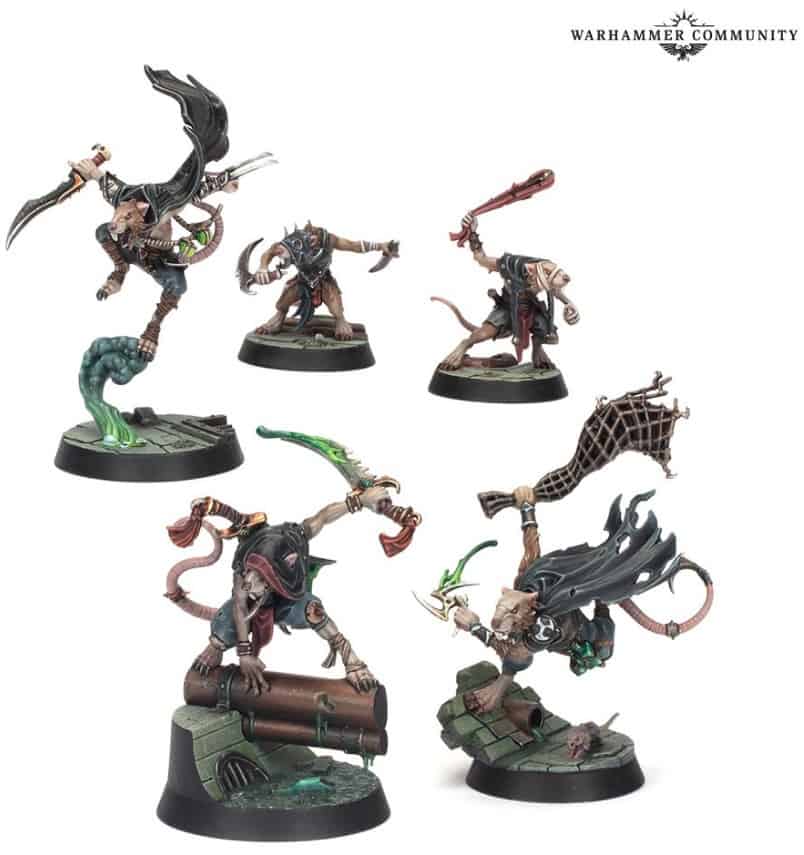 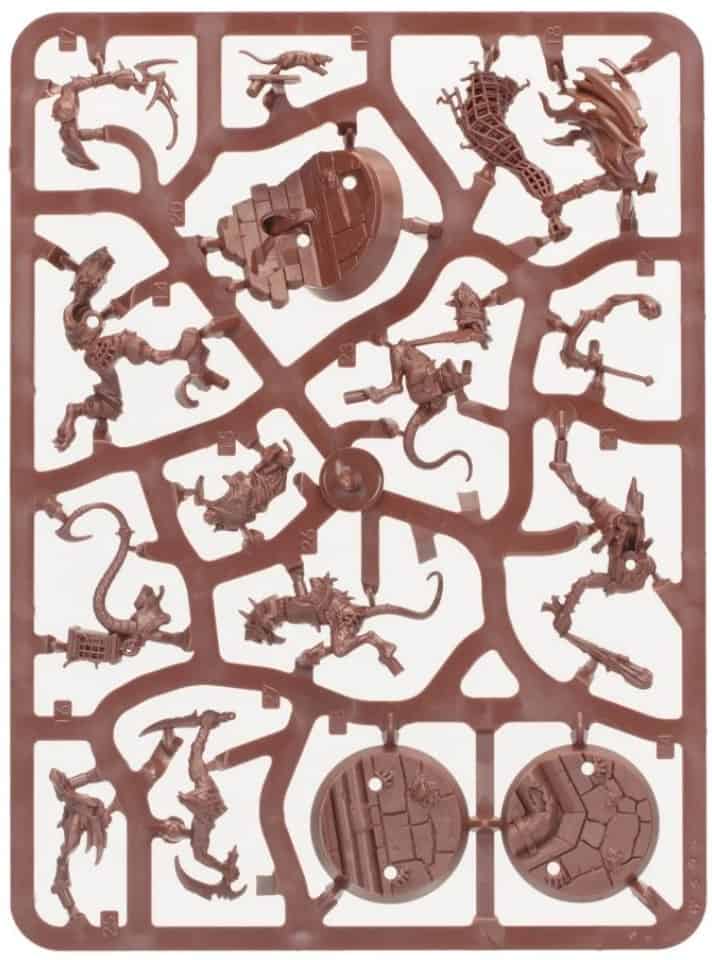 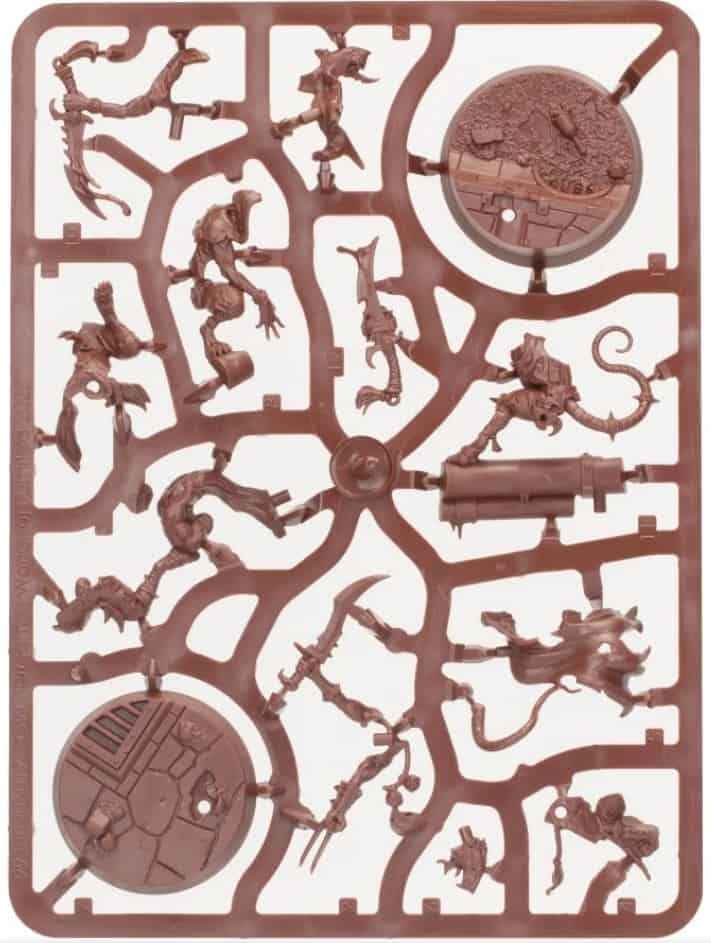 Whether you’re a new player looking to start your journey or a veteran gamer looking to update your game for the new season, this set is a must-have. 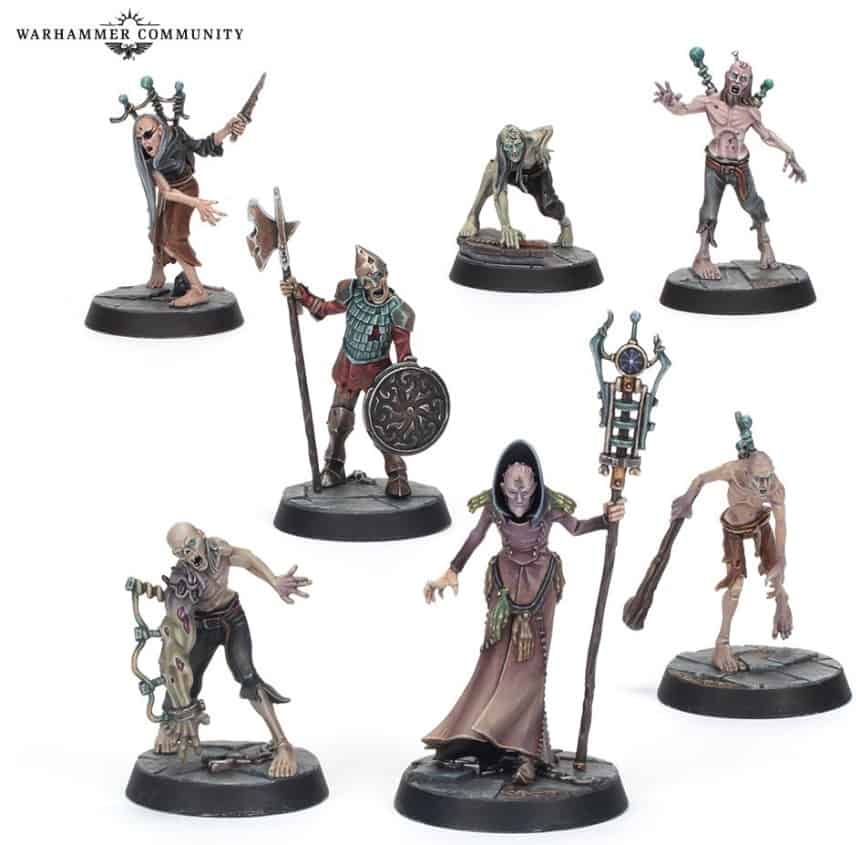 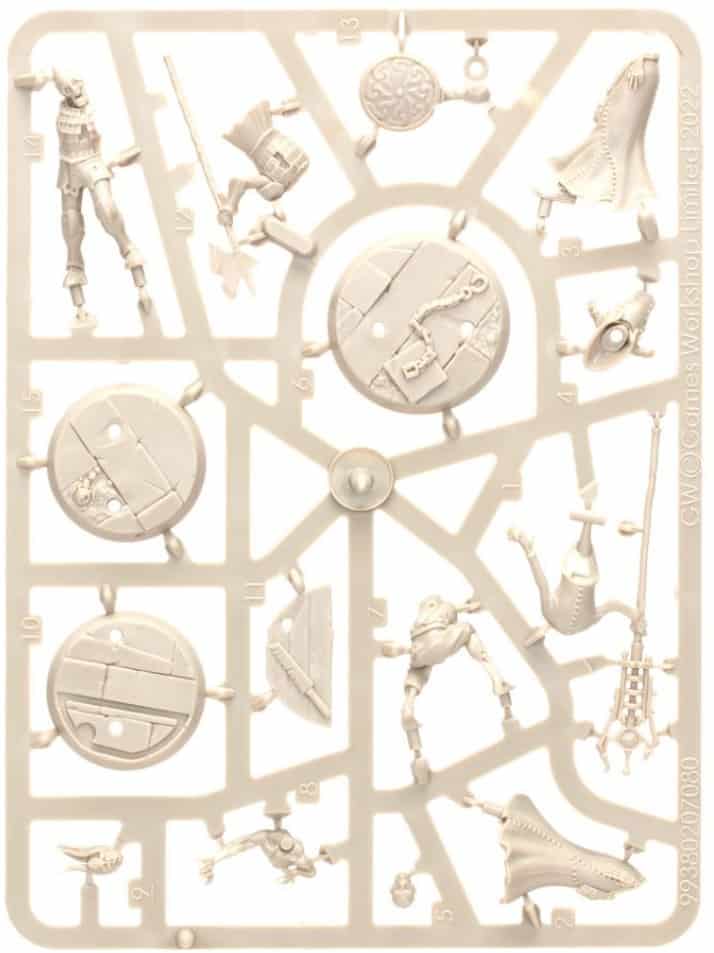 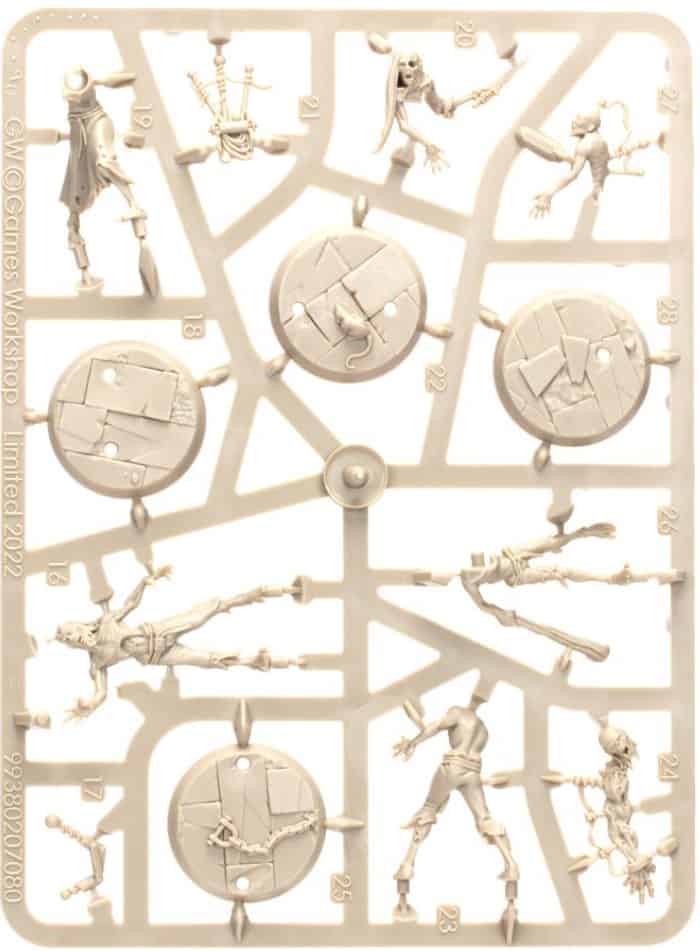 Miniatures in this box are supplied unpainted and require assembly 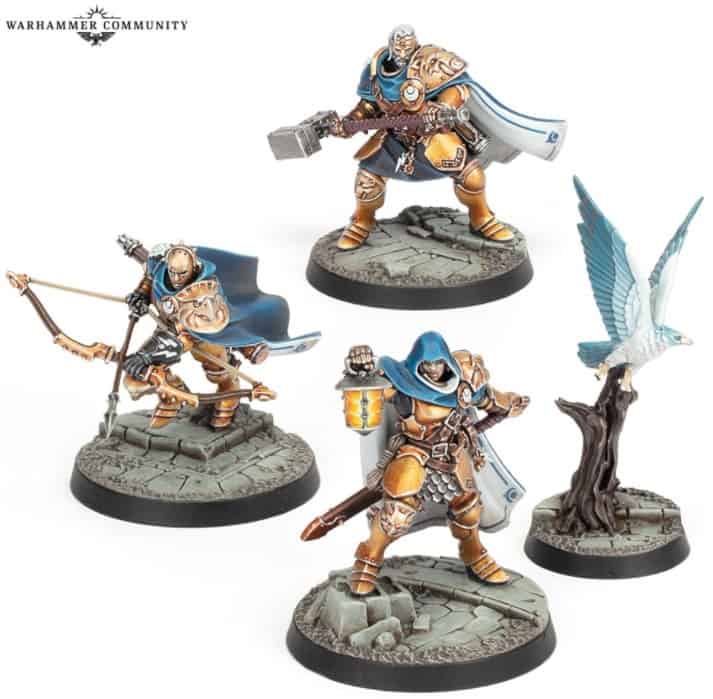 – The complete Xandire’s Truthseekers warband – a band of Thunderstrike armour-clad Stormcast Eternals and their aetherwing companion, venturing into the dark of Ulgu on a quest from Sigmar himself. Build your warband with the four push-fit plastic models, cast in blue plastic to ensure they stand out even when unpainted, plus fighter cards and a 32-card Rivals-format deck so you can start playing right away

As one of the two warbands in the Harrowdeep starter, it’s great to finally pick these guys up separately, well, in the same box but not in the starter! 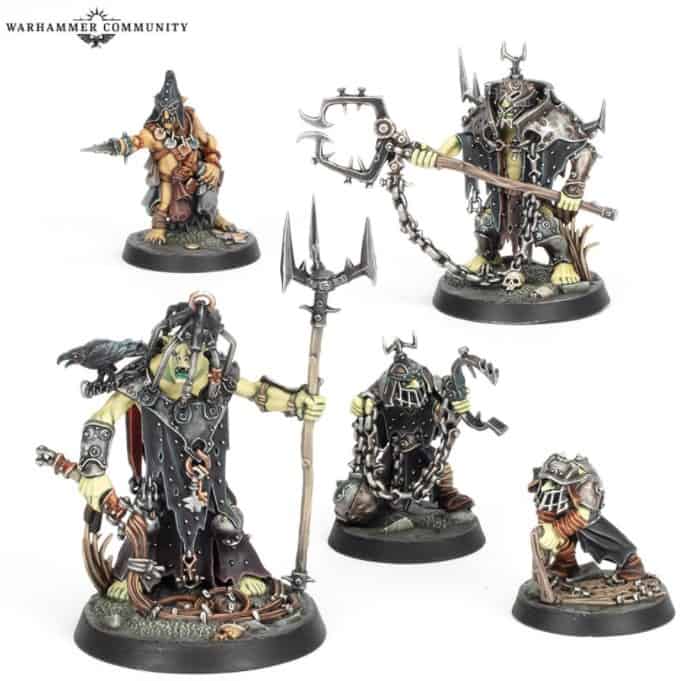 – The complete Da Kunnin’ Krew warband – a gang of sneaky, cutthroat greenskins from the swamps of Ghur aiming to claim the dark, dank corners of Harrowdeep for themselves. Build your warband with the five push-fit plastic models, cast in dark green plastic, and build your decks with fighter cards and a 32-card Rivals-format deck to get stuck in as soon as possible 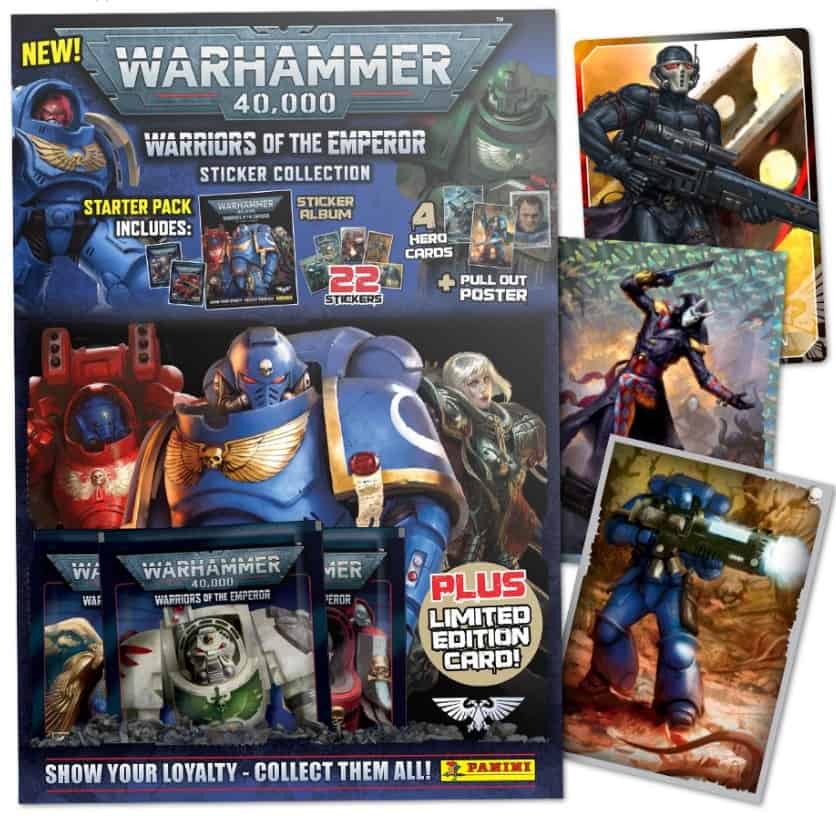 This coming Saturday, they’re releasing a full range of over 200 collectible stickers and cards featuring the multitudinous Warriors of the Emperor. At launch, you’ll be able to pick up a Starter Pack, including a sticker album, an exclusive limited-edition Vindicare Assassin card, a collector’s cardholder, and four packs of stickers and hero cards.

This seems like a pretty simple idea, just collectible stickers and some cards for anyone who likes that sort of thing. And, you’ll get some of these for free. From the sounds of it, these will be available from Games Workshop only, as a Starter, Multipack, and Box.

Are you excited about the newest Underworlds and licensed offerings?

NEXT ARTICLE
Black Library New Releases: Throne of Light, Soulslayer, & More! »
If you buy something from a link on our site, we may earn a commision. See our ethics statement.