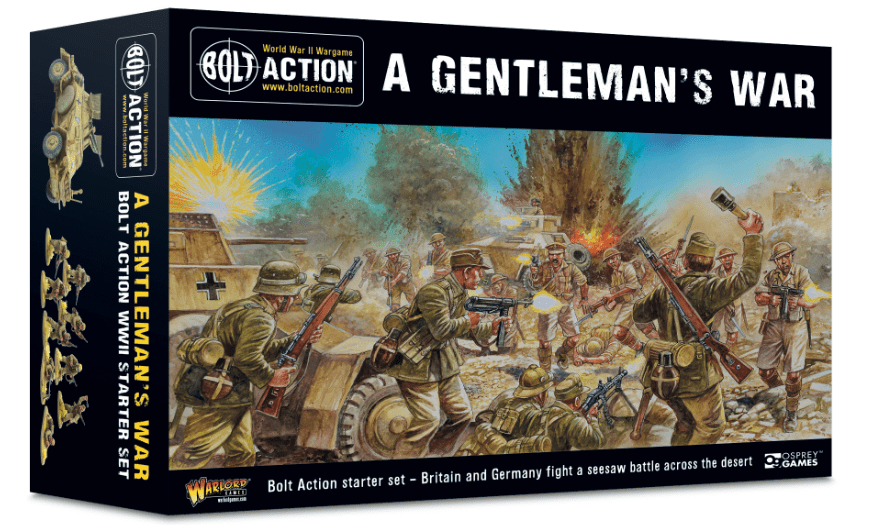 Take things to the desert with the new Bolt Action Starter Set, a Gentleman’s War, just announced by Warlord Games!

This will be a great way to get a bunch of minis in one buy and have enough for two people to get armies on the field. As you can tell from the box, this is all about desert warfare, and the models inside are just really cool!

There will also be two kits initially only available in this set, The Sd.Kfz 222/223 and Humber Mk II/IV armored cars. Let’s check it out! 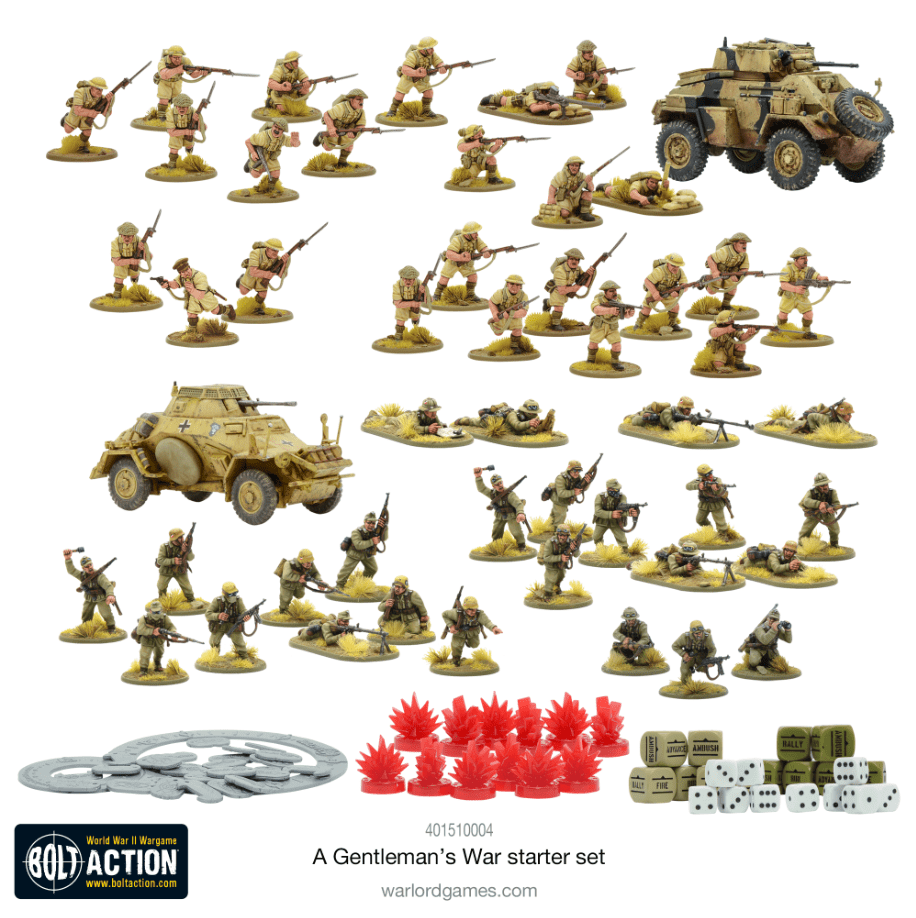 Here’s what they have to say about the upcoming box:

A Gentleman’s War contains everything you need to get playing Bolt Action in the Western Desert Theatre. In addition to an A5 rulebook, you’ll find a bespoke theatre booklet that will guide you through your first steps into the game, templates and tokens, pin markers and dice. It is the perfect entry point to the game whether you’re entirely new to Bolt Action or are a veteran looking to explore a new theatre via the thrilling and fast-paced WWII battles. 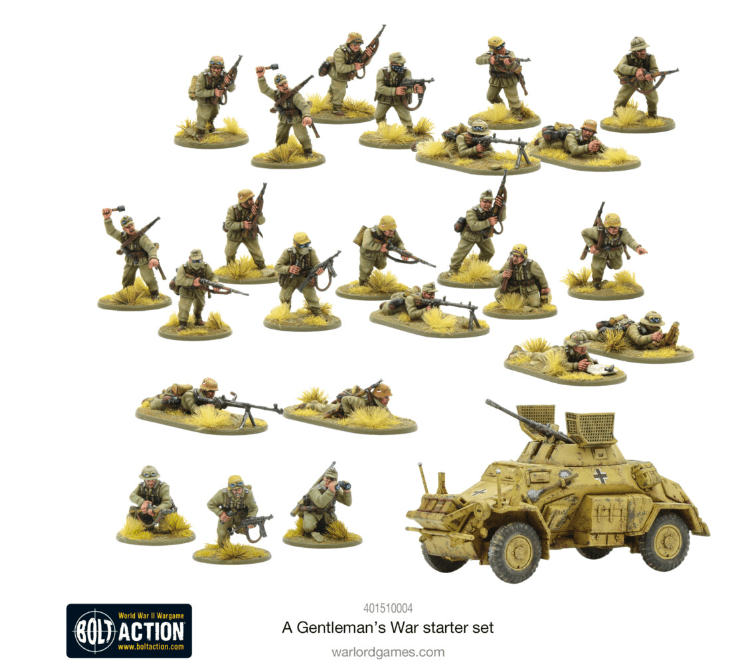 Sent to bolster their beleaguered Italian allies facing the combined forces of the British Commonwealth in North Africa, the Deutsches Afrika Korps proved a dangerous opponent. Commanded by the legendary Erwin Rommel, the Afrika Korps fought a series of ferocious battles in Egypt and Libya as Axis and Allies pushed each other to breaking point. The German soldier was well respected by those he faced. German tactics in the desert had a profound and deadly effect on how the British armour and infantry formations interacted with one another – lessons that would be well-learned for the later conflicts to come. 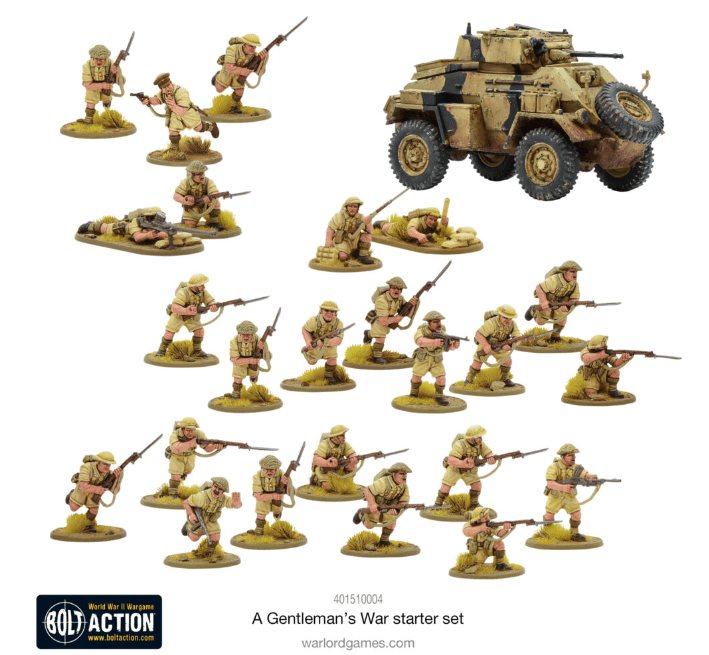 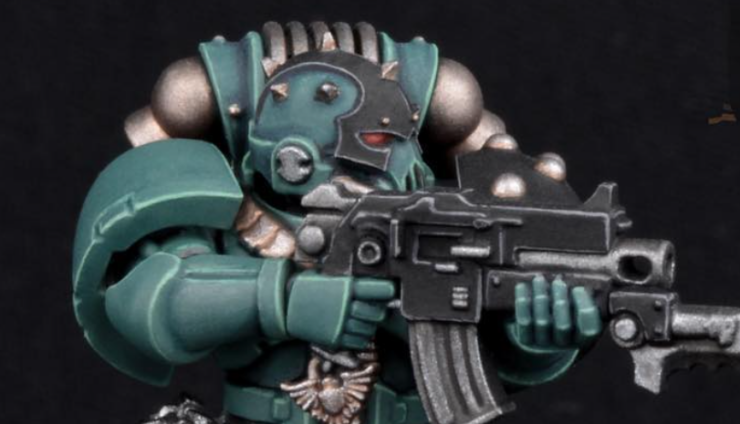 PREV ARTICLE
« Don’t Call Us Traitors: Army of One

NEXT ARTICLE
Orange County Classic: Top Warhammer 40k Homebrew Army List »
If you buy something from a link on our site, we may earn a commision. See our ethics statement.