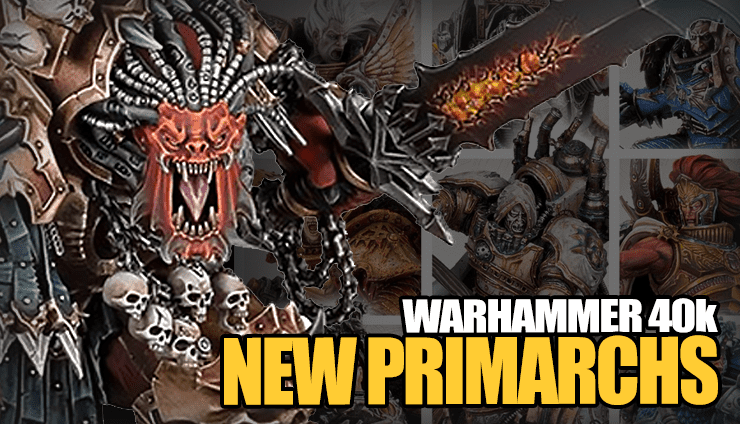 While some may never be coming back, here are the Primarch models we would love to see in Warhammer 40k (and would actually make sense)- check it out!

We’ve heard rumors for a while now of the Lion returning to Warhammer 40k with official rules and a model, but he’s not the only one we would like to see! Obviously, some have died, some already have models, and others don’t have that interesting of an arc to bring them back. However, there are plenty left that could be awesome!

Also, we already have a decent number of Chaos Primarch models for Warhammer, so this list may look Imperial-heavy, but hey, they have way fewer.

Primarchs Models That GW Should Make For Warhammer 40k

Let’s start with the last couple of Warhammer 40k Primarch models we have heard rumors about! 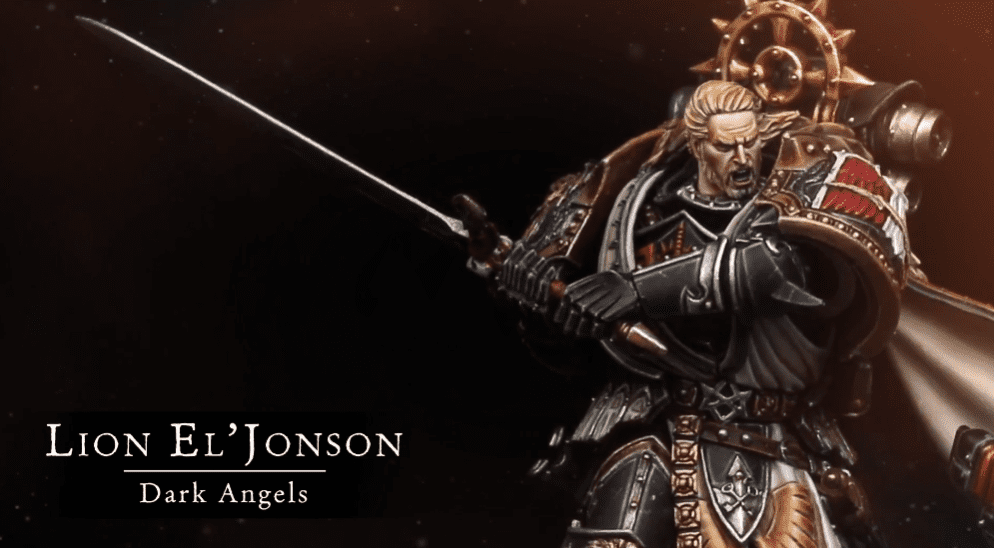 They could just make such a cool model for him, and as we said, we’ve heard tons of rumors. The arc makes sense (as his whereabouts are known, and soon the Fallen are coming in force), the model could be amazing, and it would help the Dark Angels come back into focus in 40k.

Not only that, but out of all the Primarchs, he is one of the best known, and they could easily slot him into the current lore. He could have a serious objection against what Bobby G has done (creating great tension) or might just support him as they crusade against the Fallen and Abaddon.

Either way, we’re here for it! 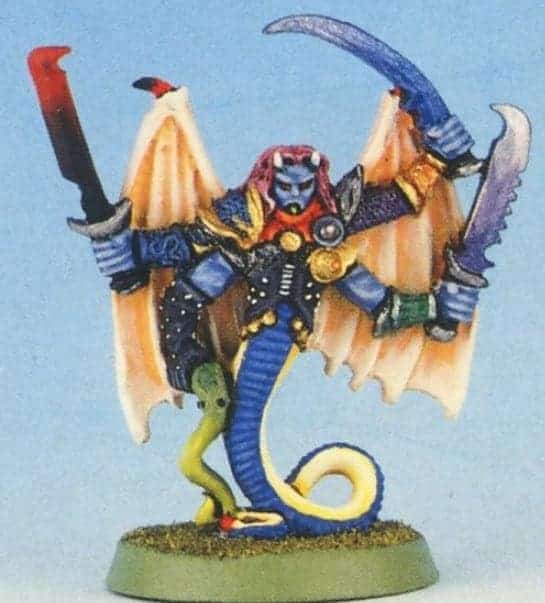 The second one that we’ve heard a lot of rumors about is Fulgrim, and he may just be the most anticipated of all time.  We know he’s out there somewhere, they had a mini for him before, and it could be one of the wildest models they ever made for Warhammer 40k.

Just think of how cool a giant snake, daemon, and primarch combo would be! While the rumors for him are much less straightforward, it would just be awesome. Plus, with a Slaanesh rework coming at some point (hello, World Eaters), he would be the perfect model to kickstart the faction!

The Salamanders have been collecting the relics to bring back Vulkan for a long time now (much like Captain Planet), and by 10th edition, maybe they will have had the time they finally get everything. He is a really cool model, and we’ve seen rumors in the past about his return.

Plus, with many of the relics already in the Salamanders’ book, it would make sense just to give him all of them. We aren’t sure how likely it is, but we would love to see it.

This one is much more speculative, but many sources have disagreed on whether he’s actually alive or not. Just think of how cool it would be to see him coming out of the Warp missing a hand with like some crazy new daemon trophies adorning his model! While we don’t think this will happen any time soon, it would be cool to see!

Everyone’s favorite emo leader could easily make a return to 40k! There haven’t been reports of his death, and maybe he’s killed enough daemons in the warp (and somehow survived) actually to come back and help his brethren out in 40k!

The model could just be so cool, his rules would be fun, and it would make the faction get some long-needed attention.

The last of the loyalists would be awesome, especially if he’s been held captive by the Drukhari for all this time. Maybe he comes back but has lost his mind; maybe he’s working for the Dark Eldar.

Either way, there could be so many cool storylines you could draw up and some insane weaponry or “enhancements” he’s received from the Dark Eldar! Really, it could also be a cool way to bring a giant campaign of revenge or rescue into play as well. 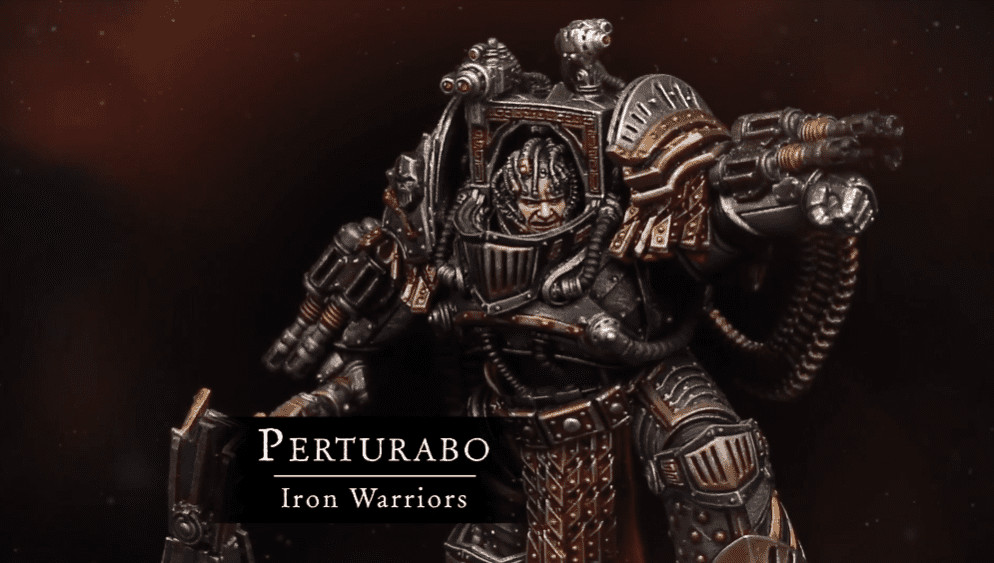 He’s one of the coolest primarchs out there, and we know he’s a daemon prince, so making him come out of the warp to wreak havoc once again would be an easy story for GW to make.

Plus, we can only imagine what he’s been up to and creating over the years! He could have some of the most insane weaponry we’ve ever seen.

What Primarch would you like to see made into Warhammer 40k models the most? 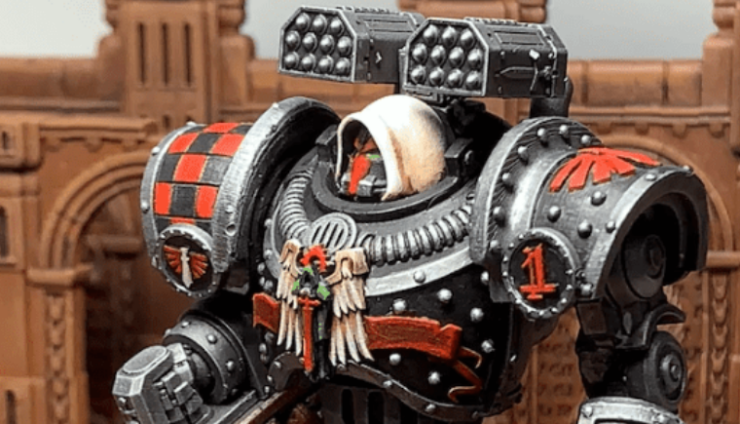 NEXT ARTICLE
New Chapter-Specific Eternus Kits Available Now! »
If you buy something from a link on our site, we may earn a commision. See our ethics statement.