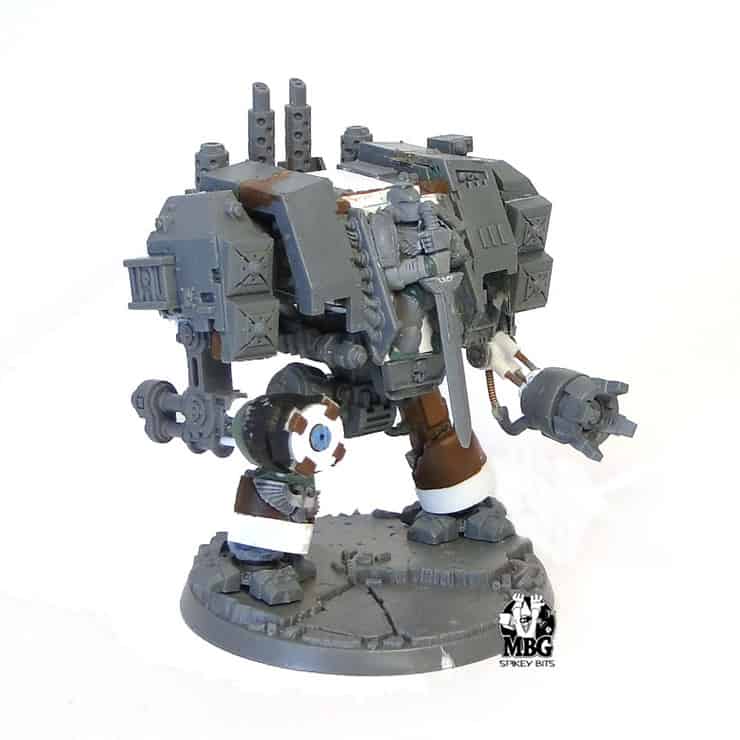 A few years ago I wanted to convert up an Ironclad model before it was released. I had a few ideas but after seeing some of the stuff my buddy Plunkett was doing with his stuff, I decided to let him have a go at it.

Then I could just detail it out the rest of the way to my liking, and hit the tabletop with it. 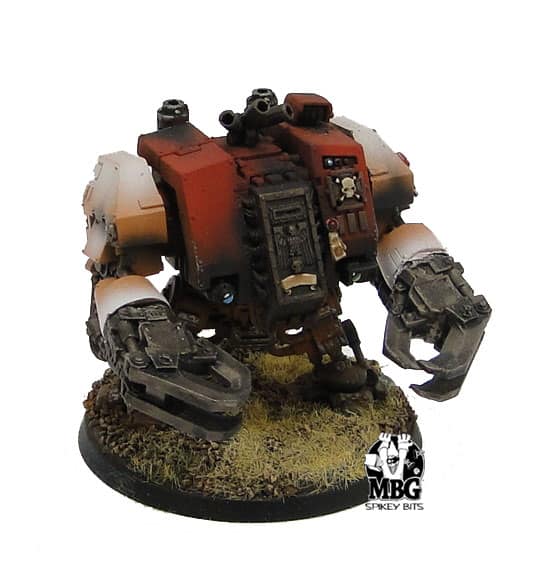 Well that plan kinda worked. It looks great, but I haven’t really touched the model in like say three years or so? Now I got all these other Dreadnoughts running around all painted up nice, so I suppose it’s time to show this guy some love too.

So where do I start?  There as so many more amzing kits out there with bits that can just knock this conversion out of the park.

I suppose I could just make it a Dreadnought of all trades, and make up every arm option it could even use?  It would make a pimp Furioso Librarian Conversion! 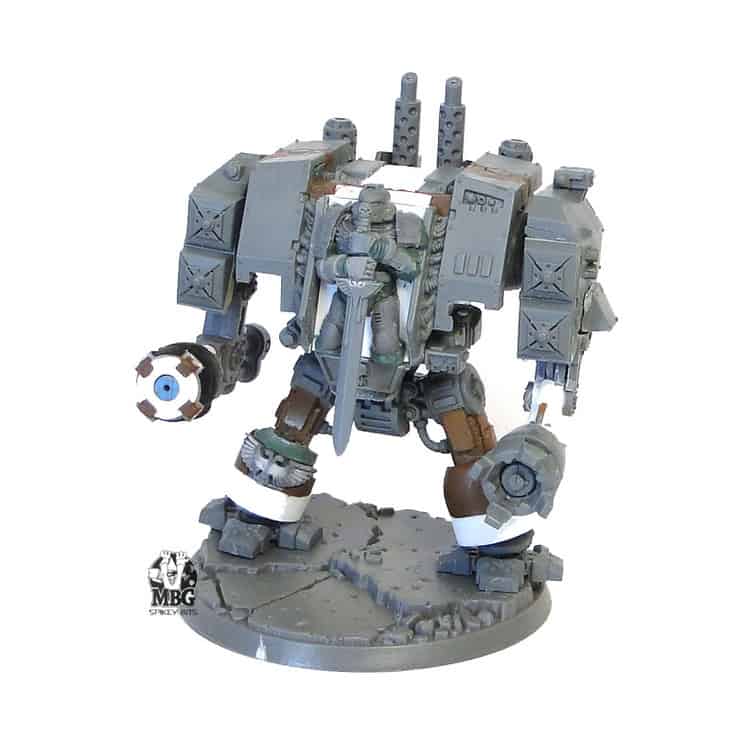 Here you can see Plunkett used “Brown Stuff” because it mostly holds an edge better than regular “Green Stuff”.  I’ve heard that Green Stuff works better for organics, but I really don’t have an opinion either way.

From this shot it’s easy to tell the whole thing has been enlarged a bit. The Sarcophagus, Legs, and arms all have been extended. 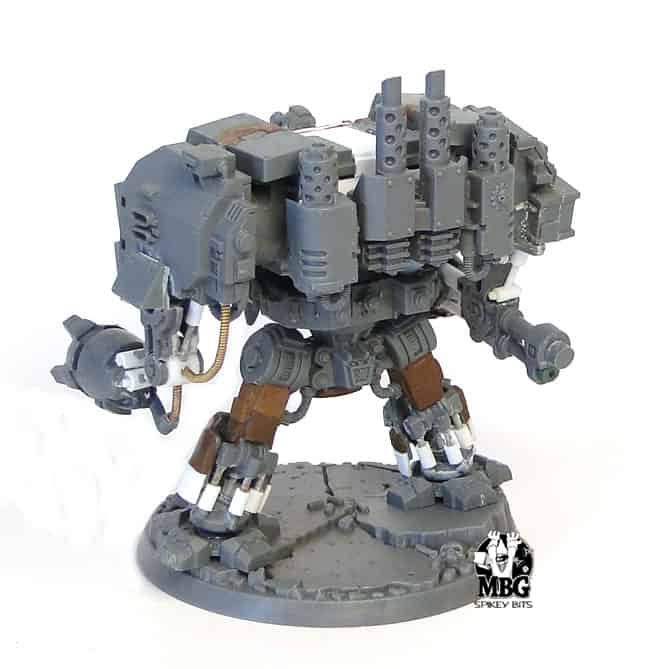 From the back you can get a good shot of the the custom bionic, pistons and gears.
Most of them were made with different small tubing that just fit into each other, but it all had to be custom cut to fit.  It does look really good when finished though, so it’s definitely worth taking the time on it even though its brutal, lol.
I have heard of people using the old BFG Imperial Ship accessories for “pre-made” bionics, but those are semi hard to find. 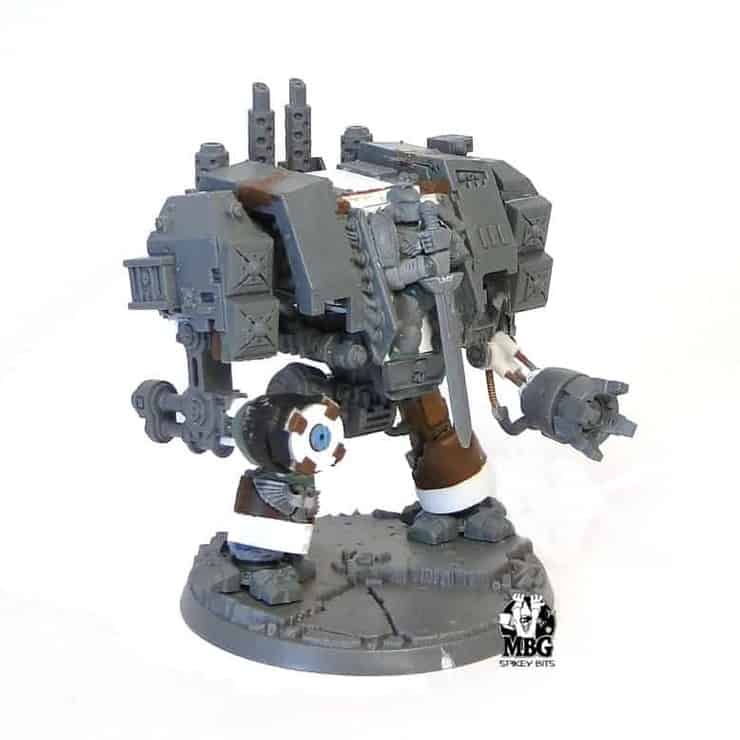 Obligatory shameless plug time- We’re having a huge bits sale over at the Spikey Bits Online Store. All bits items are 20% OFF (yep  20% OFF). Just type the code Bits20OFF in the promotion code field when you check out and BAM! bits on the cheap! 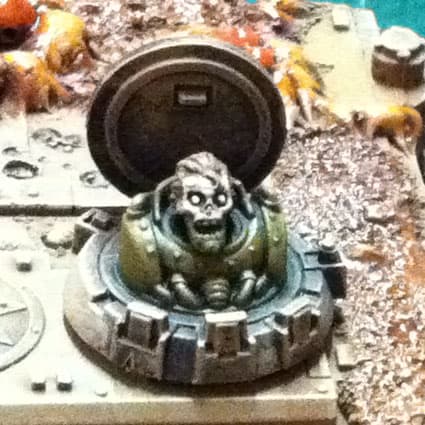 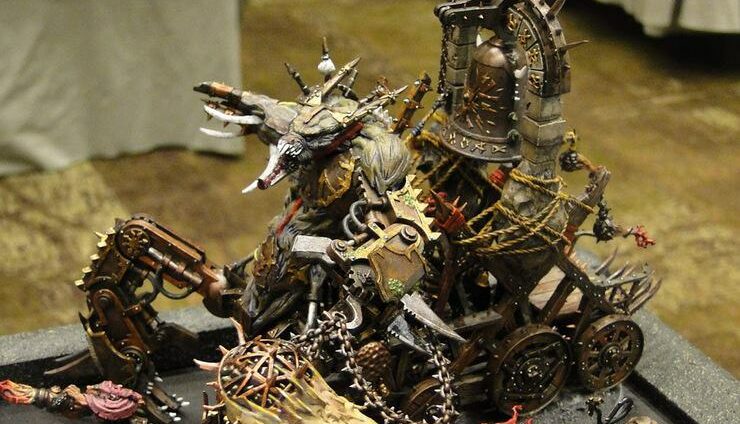