Converting an Eldar Farseer on Jetbike 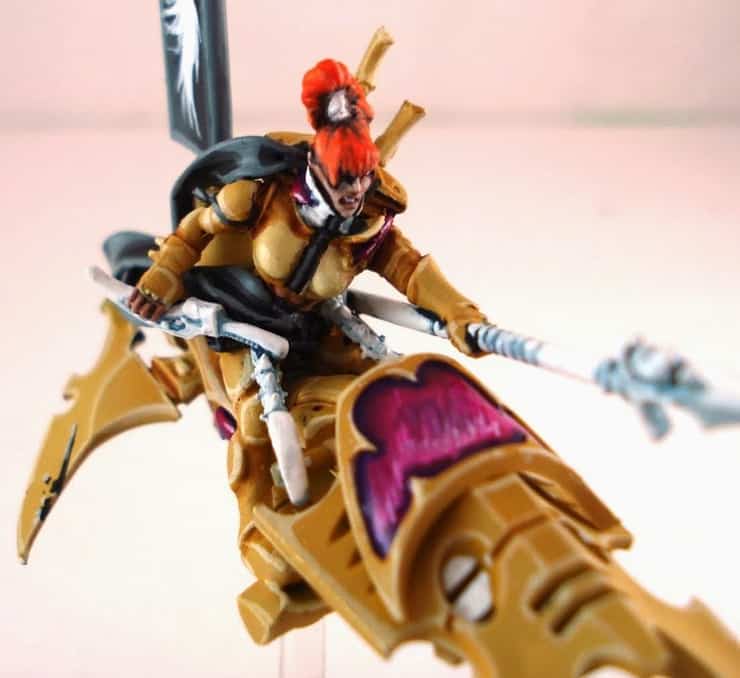 Hey guys, Rage of Khorne here working on a new addition to my Eldar army; an Eldar Farseer on Jetbike.

There is no pre-existing model for a mounted Farseer so there was no choice but to make one which meant I had the opportunity to make something different and interesting for my force.

My army will be including several units of bikes and in order to stand out a bit, I decided to use Dark Eldar Jetbikes instead of the standard Eldar ones which would remain consistent on my characters. 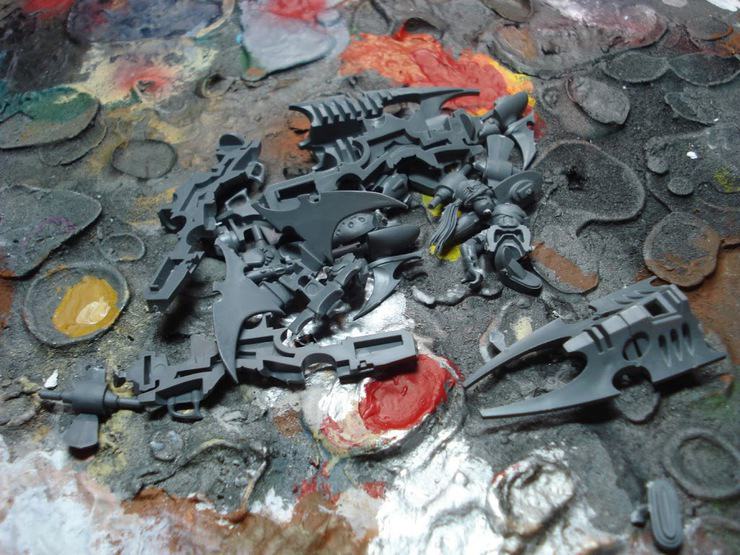 I started by pulling together all the bits I thought would be useful for this kind of conversion and gathered a collection of Dark Eldar, High Elf and Eldar pieces from the following kits: 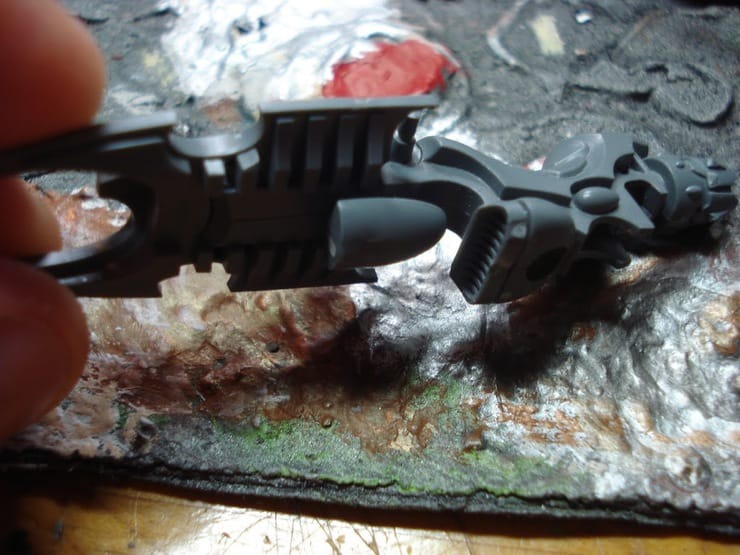 I started assembling the model by building the basic bike body and removing most of the spikey bits and the splinter weapon from under the hood. As much as I wanted to use dark elder bikes I didn’t want all of the details that come on them and removing them brought the bike more in line with an Eldar vehicle. 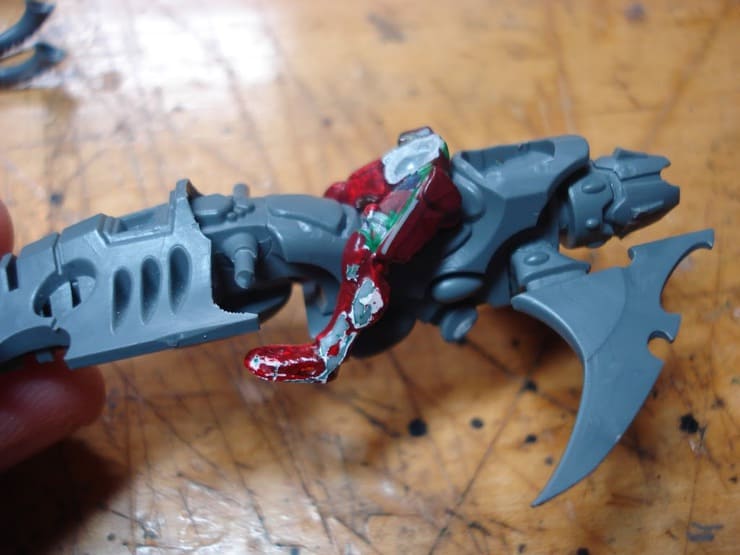 The legs I used were from the elder bike kit as they sit further back than the Dark Eldar version that is leaning forward. This made it possible for me to mount the torso sitting straight up so you can actually see the female torso and face. 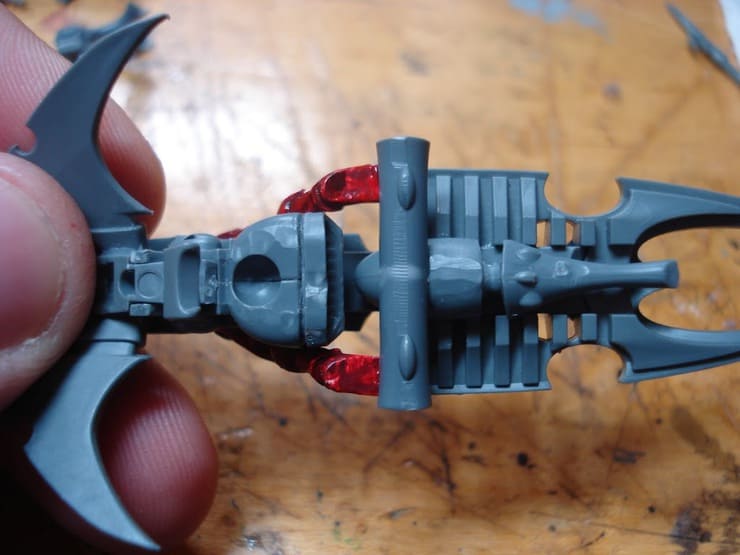 The feet didn’t have anything to rest on so I modeled some peddles out of part of a missile shaft from the Razorwing kit. 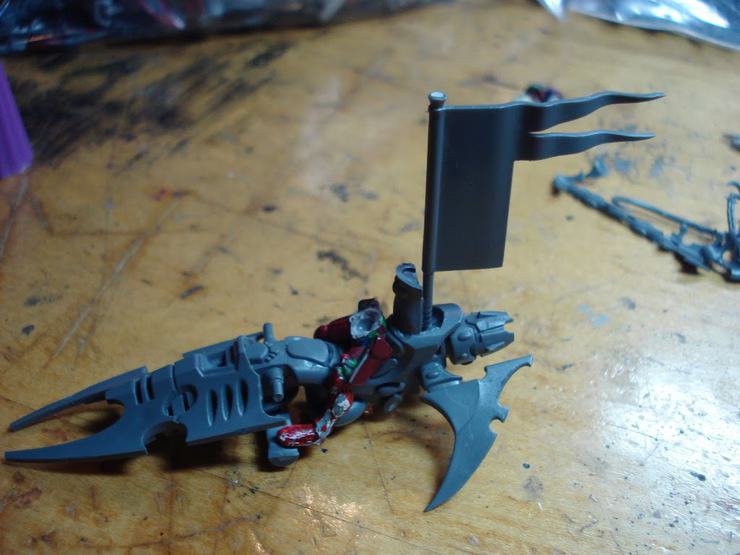 I added the banner bit from a Raider kit on the back of the seat which was propped up with a piece from an Eldar weapon accessories sprue (I think it’s ammo of some description). 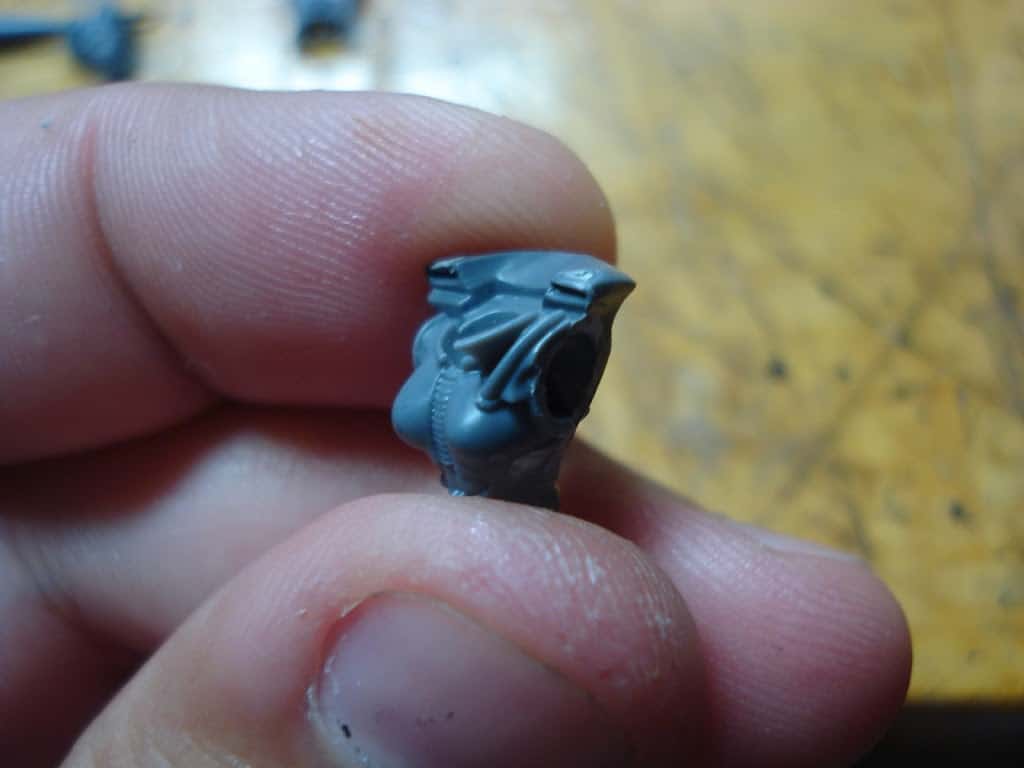 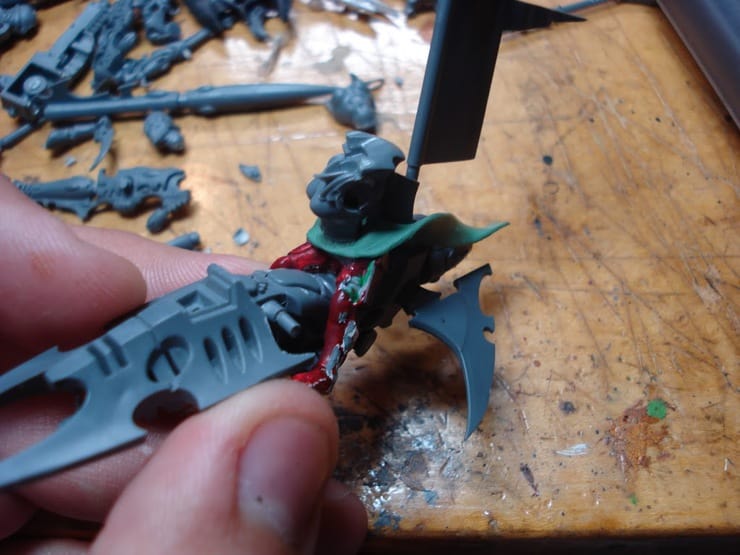 I left the model to dry for a while before continuing which made for a pretty solid base to work from. I then added some of the cloth by rolling out a long sausage shaped piece of green stuff and flattened it with a brush handle used like a rolling pin. I cut the ends so they were squared off and secured them in place by gluing the torso on top of the cloth. 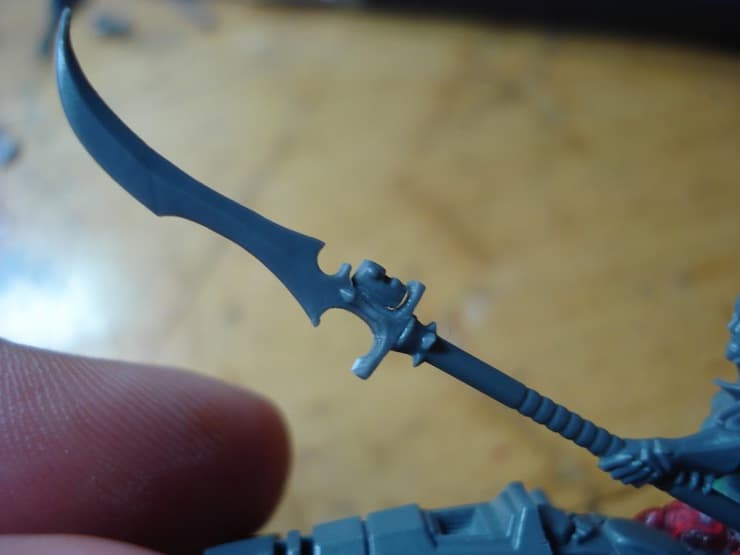 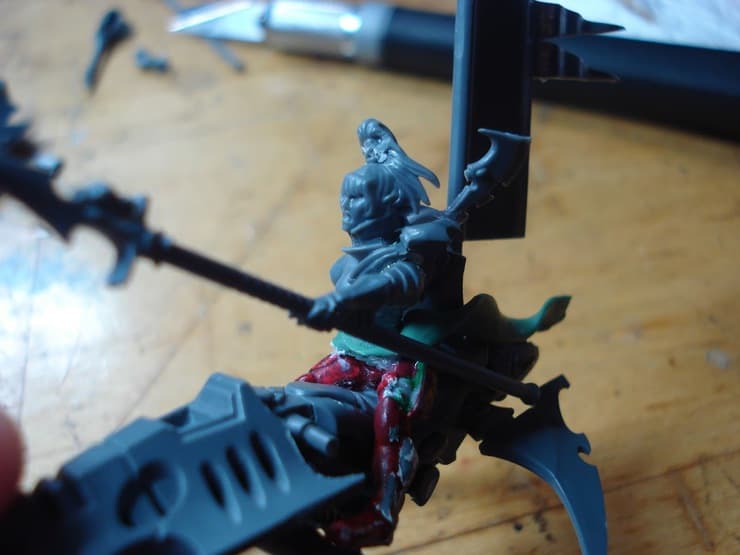 At this stage I glued the head and arms in place with a touch of green stuff in the gaps so I could get the pose right. The weapon arm was intended to be a singing spear so I found an appropriately dangerous looking blade tip from the Dark Eldar Hellion kit and glued it onto the end of the pole arm form a Raider kit. 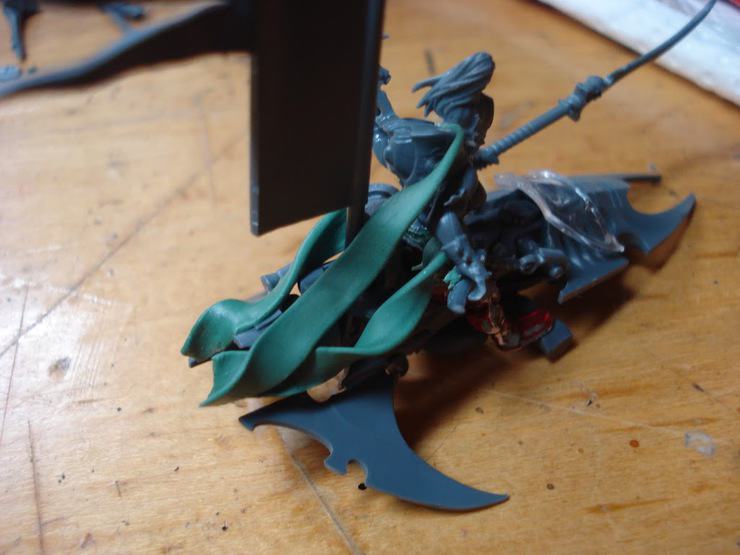 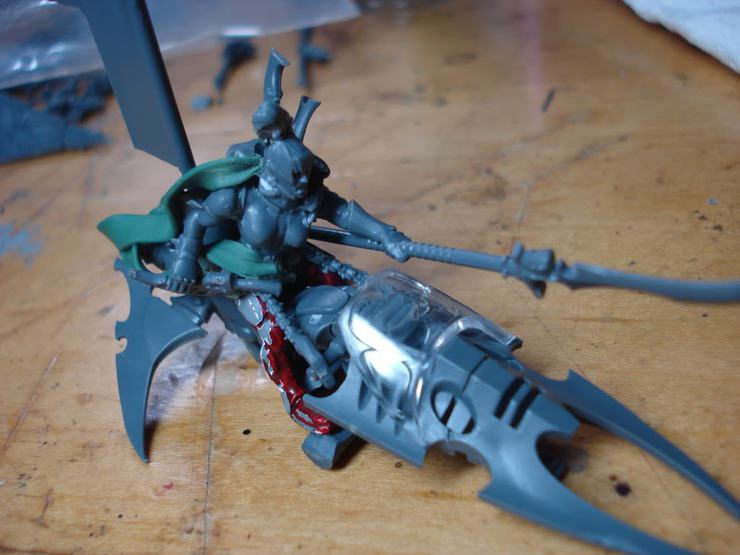 The final steps were to glue the phoenix icon from a High Elf Phoenix Guard kit to the banner pole and add a couple extra green stuffed “scarf” pieces behind the head and around the neck. I also used a windshield to cover up the hole on the top of the Dark Eldar bike. 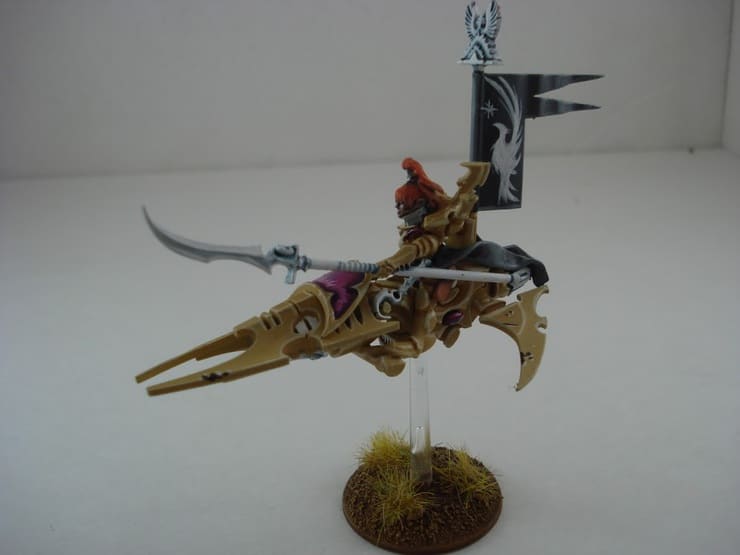 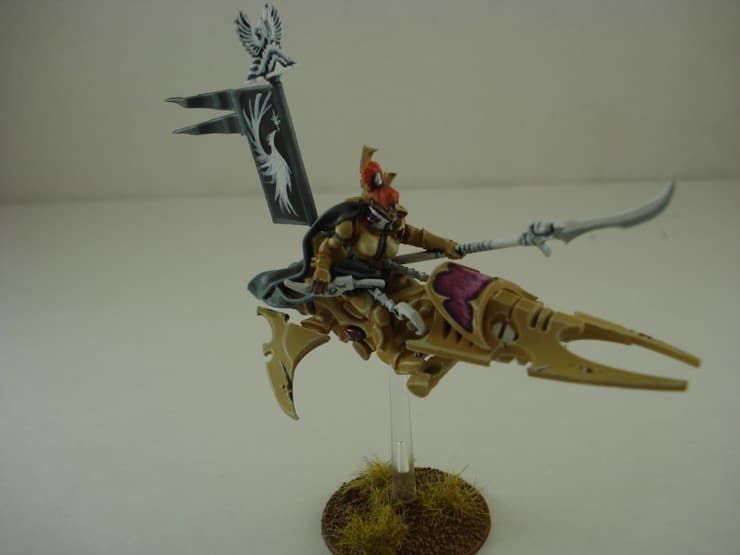 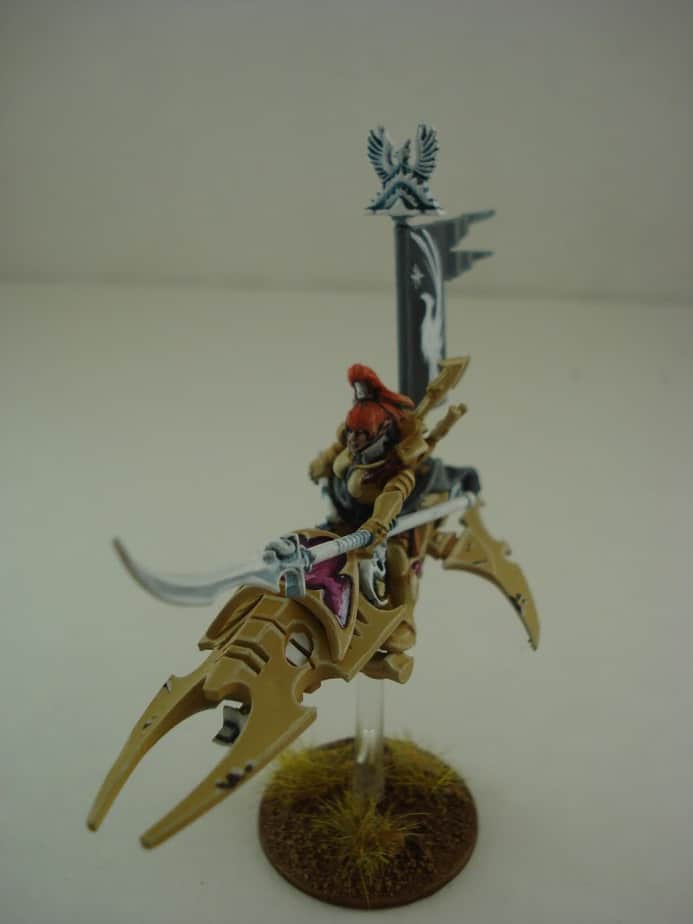 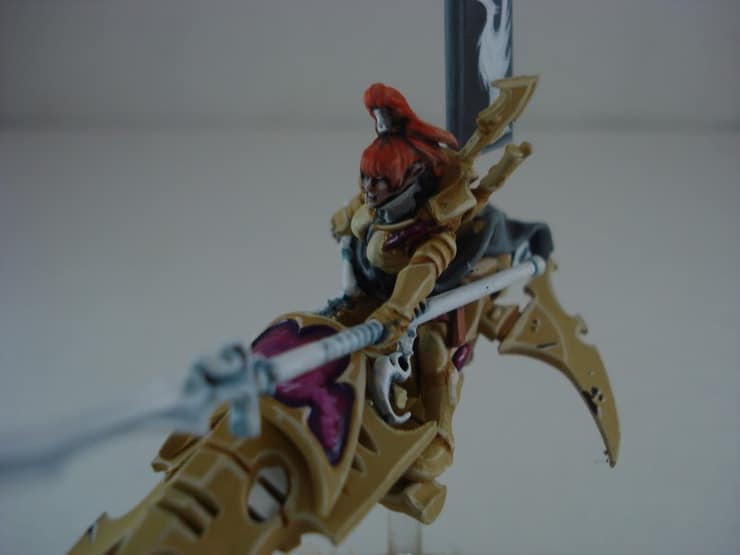 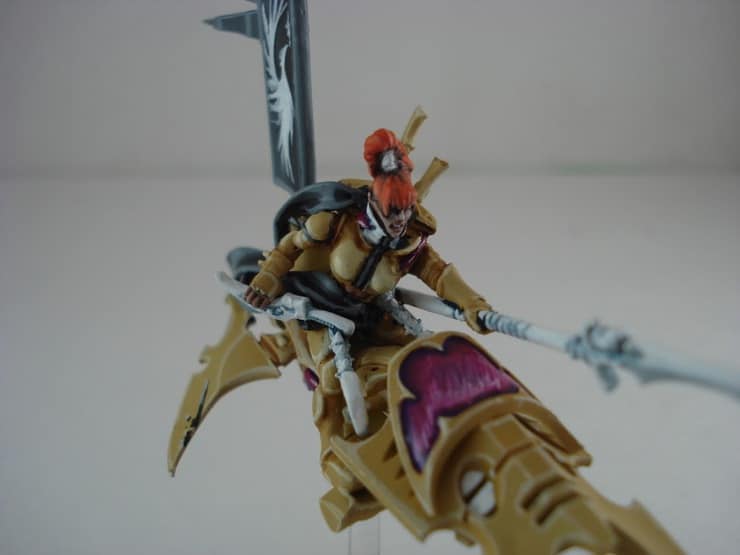 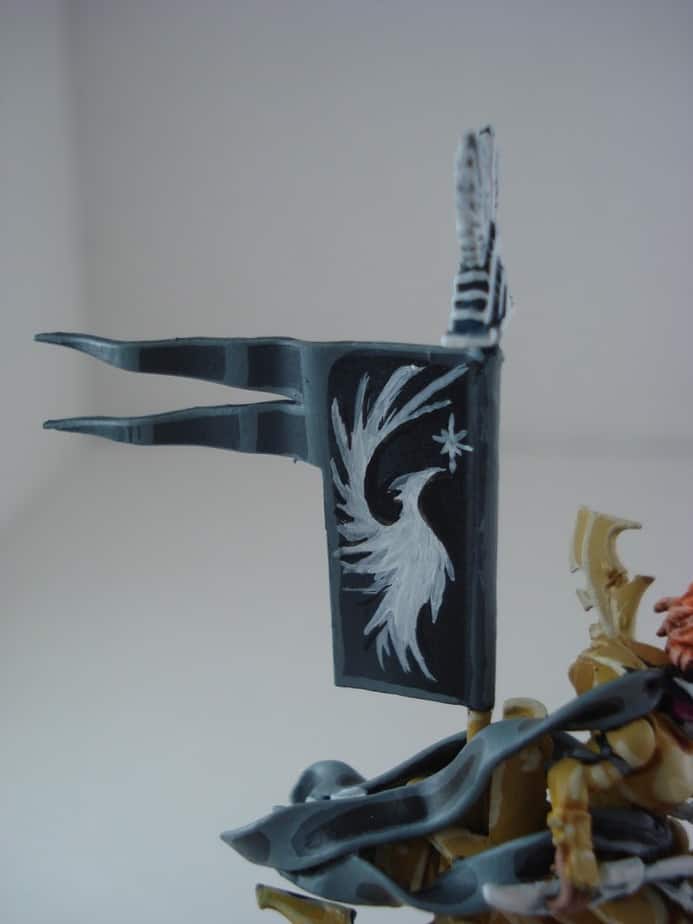 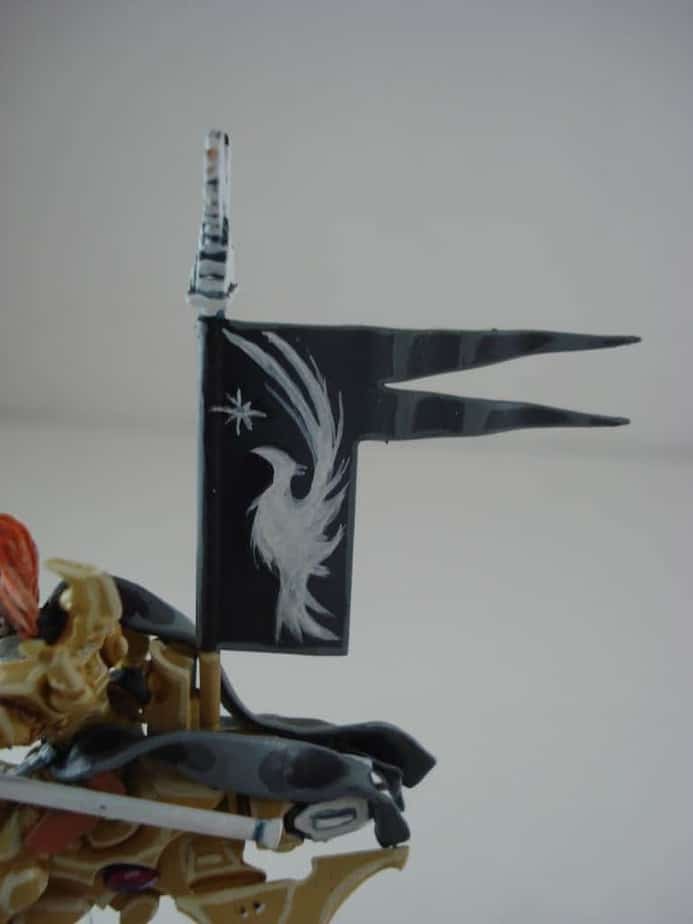 I painted the model in pale yellows, white, and grey with some small purple details for contrast. The army I am working on will be called the Star Phoenix Shrine Guardians as the symbol painted on the banner signifies.
Thanks for reading and I’ll be posting new models and lessons soon. Cheers.
~Rage of Khorne 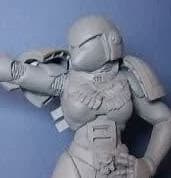 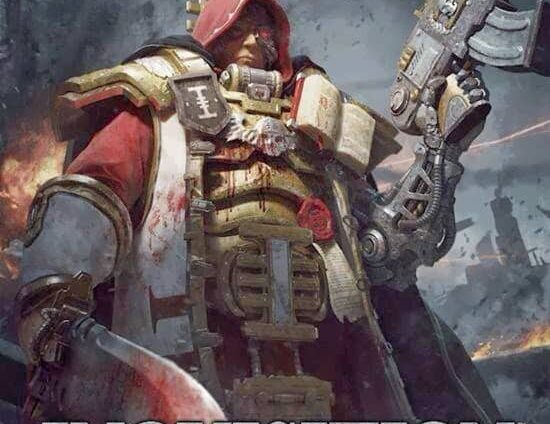 NEXT ARTICLE
More Codex Inquisition Previews »
If you buy something from a link on our site, we may earn a commision. See our ethics statement.