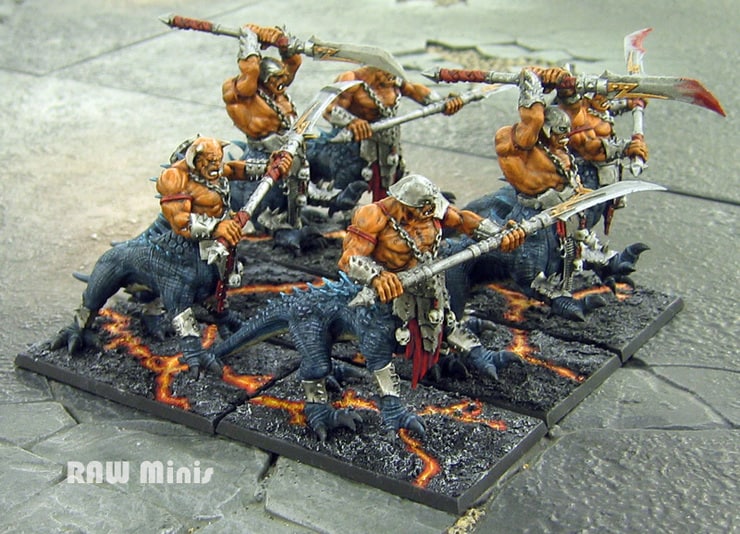 Chaos Dragon Ogres are spectacular and large monsters that add a great look and punch to any Warhammer Warriors of Chaos or Legion of Chaos army.

Dragon Ogres are an interesting centaur-like hybrid monster, part scaly dragon and part ogre. This gives model painters the opportunity to paint disparate yet interesting textures all on one model.

I recently painted six of these monsters and wanted to do something a lot less pale than the GW studio’s technically wonderful paint job on the box’s cover photo. I decided to experiment with Citadel Skrag Brown and it turned out to be a “eureka!” moment. It’s a fantastic medium brown color for painting human or human-like flesh tones.

I started out by painting the lower reptilian portion of the model in Stegadon Scale Green. Notice that I counter shaded the underbelly with a light beige type color. 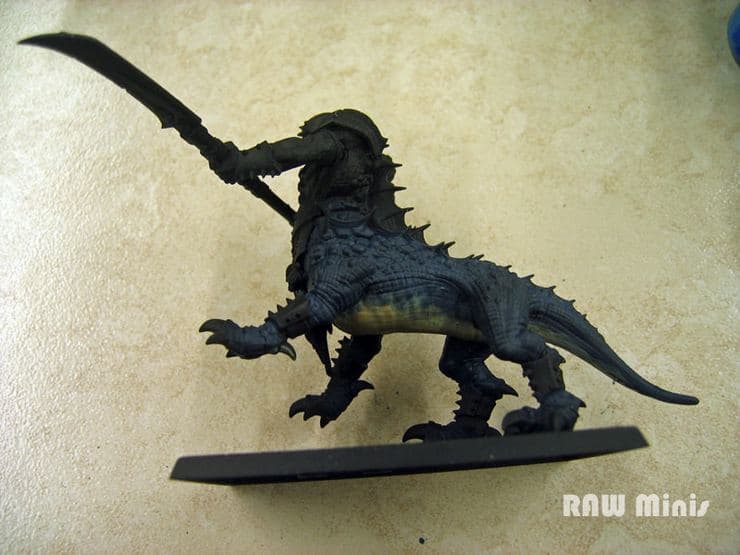 The human like Ogre upper portion of the model was base coated in Skrag Brown. 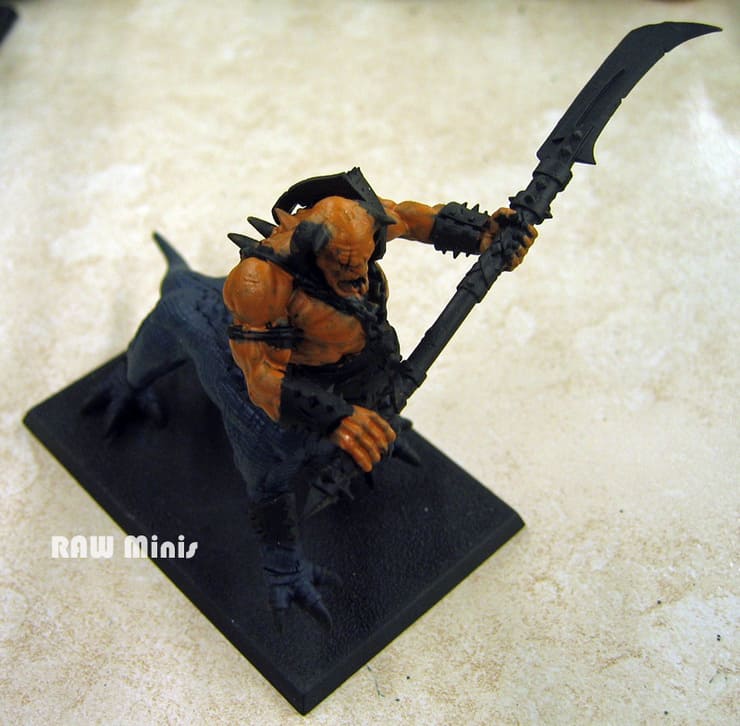 The colors I used for the fleshy parts of the model were Skrag Brown, Agrax Earthshade for shading, and for highlighting I used Jokaero Orange and Deathclaw Brown.

The scaly parts of the model were painted with Stegadon Scale Green, Coelia Nightshade and Thunderhawk Blue. The scales were highlighted with Etherium Blue, but notice how the spikes turn a bit toward the greenish-blue on their tips? I highlighted those with Skink Blue. 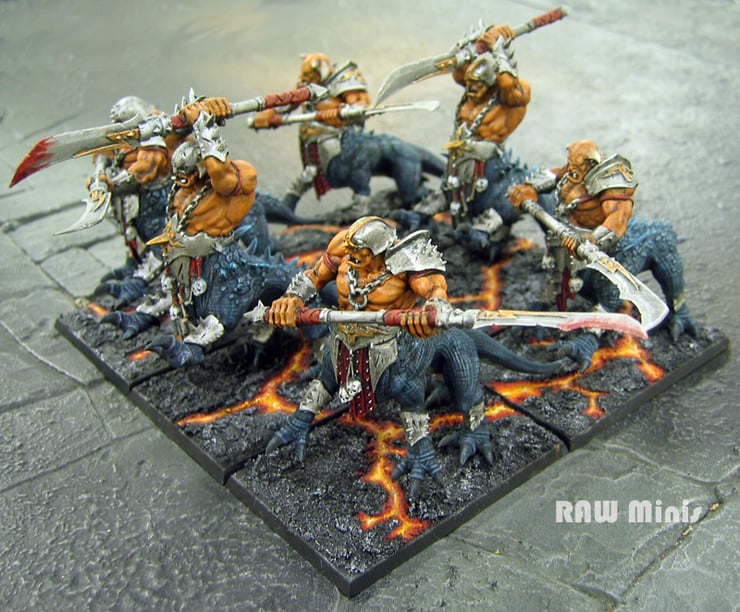 Of course, a bit of brass and steel enhances the sense of the hardness and brutality of these models so I used those colors on the armor and weapons. I also used a little bit of Blood For The Blood God technical paint on a couple of their blades.

I finished the models off with the same lava themed basing I’ve used on many of my other Chaos models for both Warhammer Fantasy and Warhammer 40,000.

I’m currently painting some Nurgle Blightkings. I’ve already tried the Skrag Brown skin tone on one of them and it’s equally fantastic on that model as well. 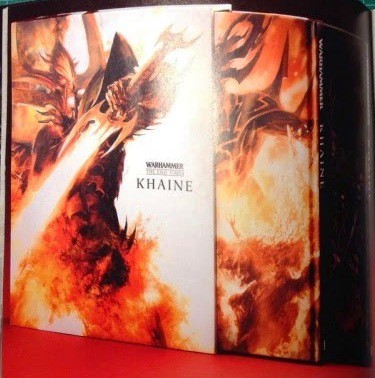 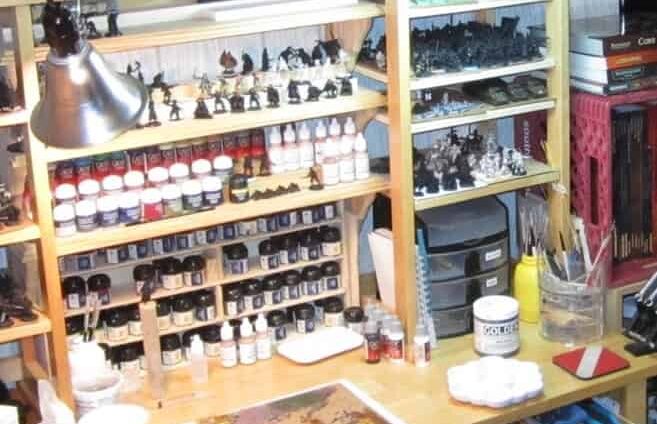 NEXT ARTICLE
GET MOTIVATED – Hobby Budget Challenge »
If you buy something from a link on our site, we may earn a commision. See our ethics statement.