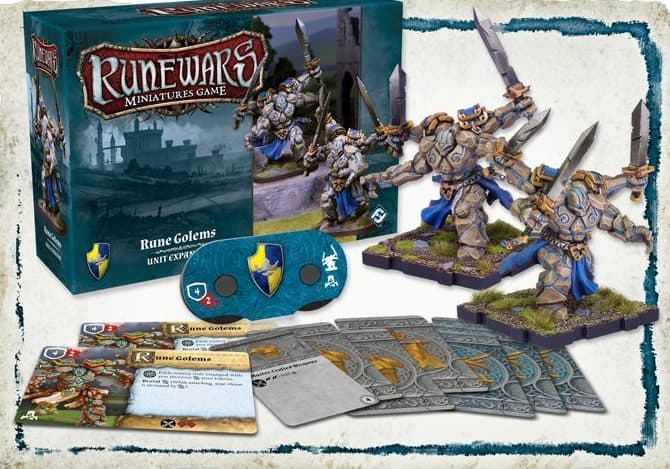 Fantasy Flight Games has released the patient Rune Golems to thunder onto the battlefields of Terrinoth against your enemies.

The Rune Golems have defended Terrinoth for ages and, with evil stirring in the Ru Darklands, the golems rise to the call and have awoken. The Rune Golems Unit Expansion contains two distinct Golem figures and eight upgrade cards and a variety of tokens. The Rune Golems are nearly unmatched in ferocity when fully powered up. Cutting through enemies with massive blades, the Golems are a sight to see.

At 17 points per Golem, full formations of Golems are rare but devastating. On the field, these Golems rely on runes for their movement and attack modifier. The runes also determine the effectiveness of their abilities. As a skill, they can inflict stun tokens equal to the number of stable energy tokens which is modified by their command tool that allows them to add one stable energy while in a skill or melee attack. 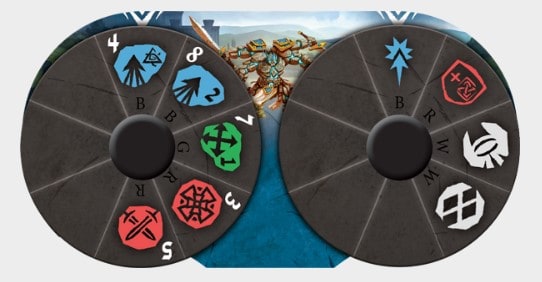 The Golems can also use stable energy to enhance their Brutal keyword by increasing their threat by one for every stable energy token on the battlefield. The new upgrade card Wind Rune allows the Rune Golems to use natural energy runes to give them greater mobility, using a special modifier to perform a shift and reform action. This allows any upgraded unit to quickly change positions to get the edge in combat. 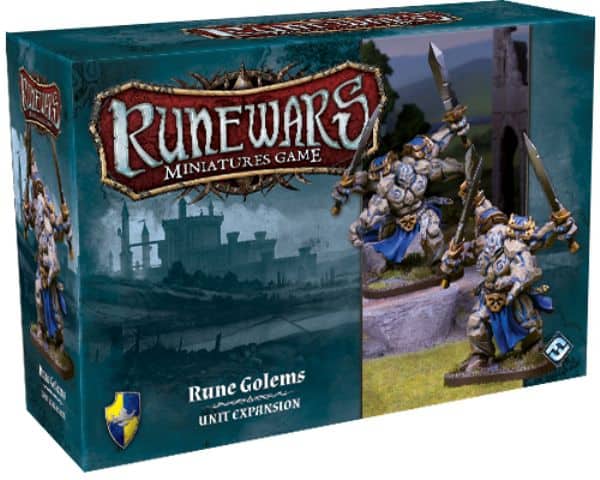 Deep within the ancient fortresses of Terrinoth stand ancient stone guardians, ever vigilant. Only awakened by Lords and Wizards who know the secrets that can imbue the golems with life when the need is dire. The strength and ferocity of these golems knows no equal, scything their massive blades through infantry and cavalry with ease.  Rune Golems will stop at nothing to destroy the enemies of the Daqan, and then return to their hidden slumber until called upon again.

The Rune Golems Unit Expansion is available online and at your local retailer in the third quarter of 2017.

Be sure to also check out our vid on how to jump into Runewars!

For more information on the Rune Golems and all things Runewars, visit Fantasy Flight Games! 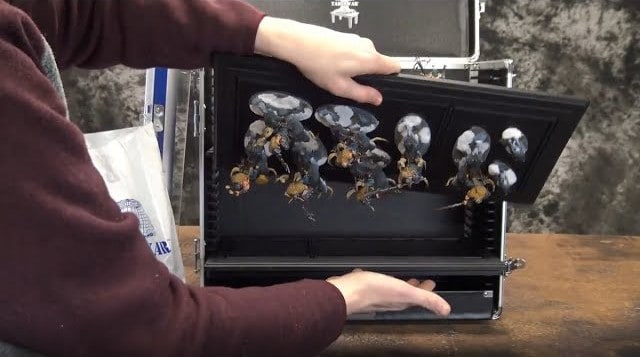 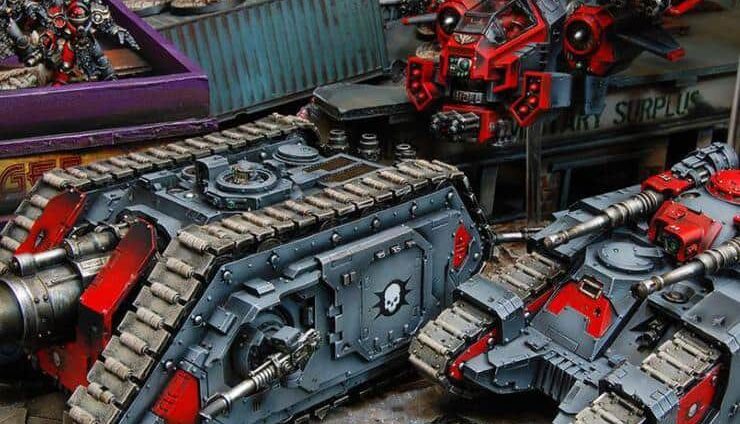 NEXT ARTICLE
Vehicles of The Dusk Raiders: Before the Fall »
If you buy something from a link on our site, we may earn a commision. See our ethics statement.