Are the Primaris Characters Worth the Price? 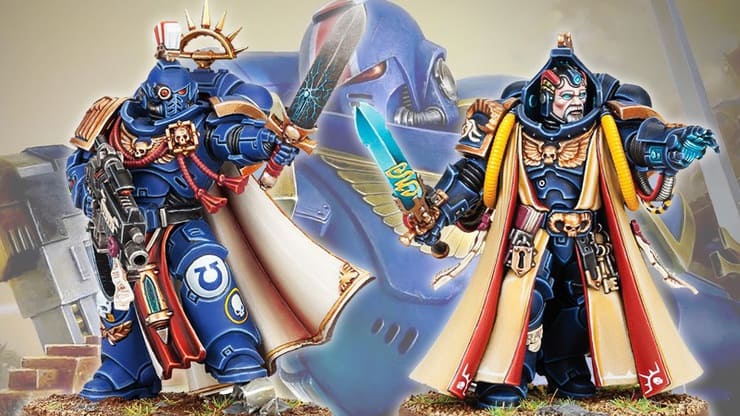 Checkout our review on the single miniature kits for the Primaris Captain and Librarian models. Are these models worth their $35 price point?

The Primaris Captain and Librarian are now available in the individual kits. Each kit costs $35, but if that is too pricey for a single miniature, vote with your hobby dollars! Our full Unboxing and Review video is below so be sure to check that out. For now, he is a sample of our review.

The Primaris Captain comes with several two different head pieces and two different weapon options. His cape and tabard are single pieces which will make airbrushing easier. This is a multi-part kit with the front and back pieces of the torso coming together just like the Primaris in the Dark Imperium box. He can either equip the power sword or a an outstretched arm. The bolter comes with two optional pieces: a scope or a drum magazine. The scoped Stalker variant is Heavy 1, Strength 4, and -2 AP. The drum mag variant is Assault 2 and Strength 4. Both are master Crafted. 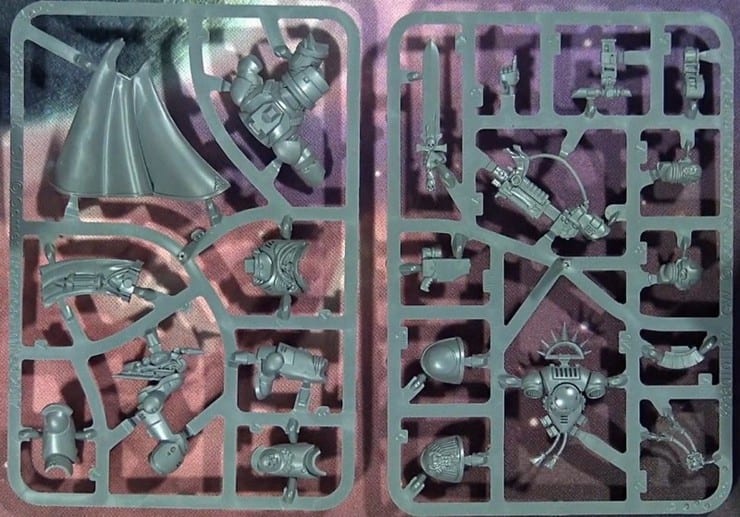 The Primaris version also comes with two head piece variants for you to choose from. He comes on a 40mm base and his kit contains two sprues. Price point-wise, these minis are the size of Terminators so perhaps that would explain the cost. It is a multi-part kit and the cape comes in four parts to make up the core of the mini.

That will make airbrushing somewhat difficult. He clocks in at 93 points and 5 wounds. He is armed with a bolt pistol, force sword, frag, and krak grenades. 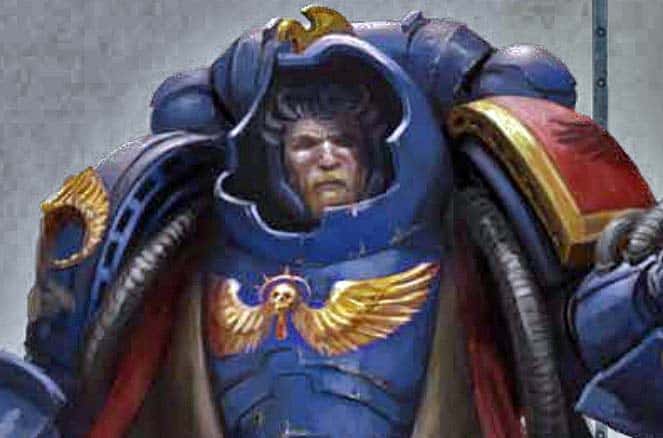 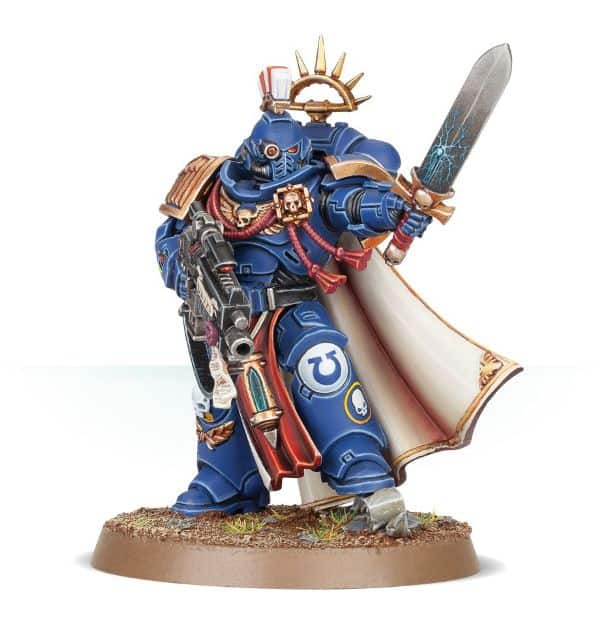 Space Marine Captains are both superlative warriors and strategically gifted commanders who lead Space Marine companies into battle. Those Primaris Captains who favour Mk X Tacticus armour are amongst the most determined and unstoppable of their ilk, and they let nothing keep them from their duty.

This multi-part plastic kit contains the components necessary to assemble a Primaris Captain. His Mk X Tacticus power armour is larger and more powerful than the armour of his predecessors, and he carries in his right hand a choice of master-crafted bolt rifle or master-crafted stalker pattern bolt rifle, with a box magazine and overcharger. His left hand can be modelled wielding a power sword, or pointing out the enemy for his Space Marines to obliterate. His billowing cloak sits under his backpack, above which is an impressive iron halo – adding to this detail is a sculpted Imperial eagle on the right shoulder pad, and sculpted laurels on the leg plates. There is a choice of two different heads – one bare, and the other is helmeted with a targeter over one eye – and his left shoulder pad has been left blank and smooth, meaning your preferred Chapter iconography can be easily added.

The Primaris Captain comes as 21 components, and is supplied with a Citadel 40mm Round base. The kit also includes an Ultramarines-Character Transfer Sheet, which features Captain, Chaplain, Librarian and Lieutenant iconography. 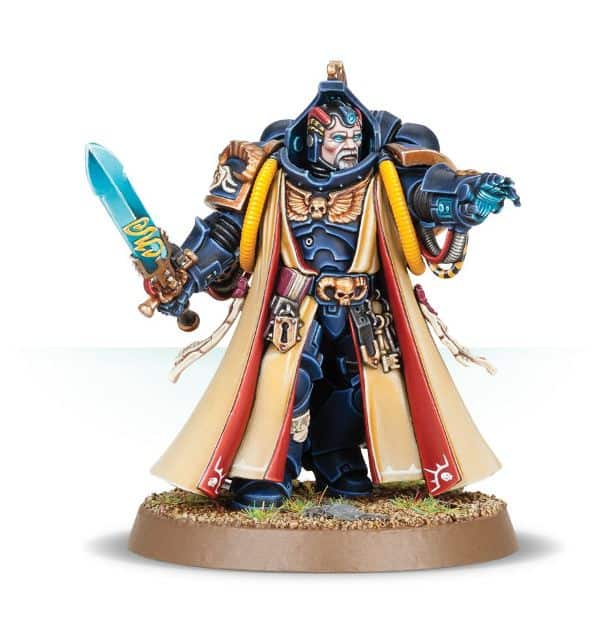 Eyes blazing and fists crackling with roiling energies, Space Marine Librarians stride into battle to destroy their foes. Some hurl blasts of warp-force that crush their victims to paste, while others twist the flow of time itself or revitalise their brothers with incredible dynamism. However they choose to fight, all Librarians are potent psykers, harnessing their potent mutation and a force to defend Humanity.

This multi-part plastic kit contains the components necessary to assemble a Primaris Librarian. Clad in Mk X power armour, his accoutrements are many and elaborate, from his ornate multi-layered cloak to the detailed wiring going into his psychic hood. He comes armed with a force sword in his right hand, and features a holstered bolt pistol along with a whole host of interesting trinkets – a padlocked book on his belt (potentially holding some galaxy-shaking secrets…), several large keys, purity seals on his cloak and backpack and a clasp featuring an Imperial Eagle.

The Librarian comes with a choice of two heads – one helmeted with a psychic hood and one bare-headed, with the terminals of the psychic hood clearly visible. The right shoulder pad and belt buckle feature ram’s heads – the insignia of the Librarius – and the left shoulder pad is blank and smooth, meaning the markings of your preferred Chapter can be easily applied.

The Primaris Librarian comes as 20 components, and is supplied with a Citadel 40mm Round base. The kit also includes an Ultramarines-Character Transfer Sheet, which features Captain, Chaplain, Librarian and Lieutenant iconography.

These kits are available now. Press play on our Unboxing and Review video for the Primaris Captain and Librarian below! 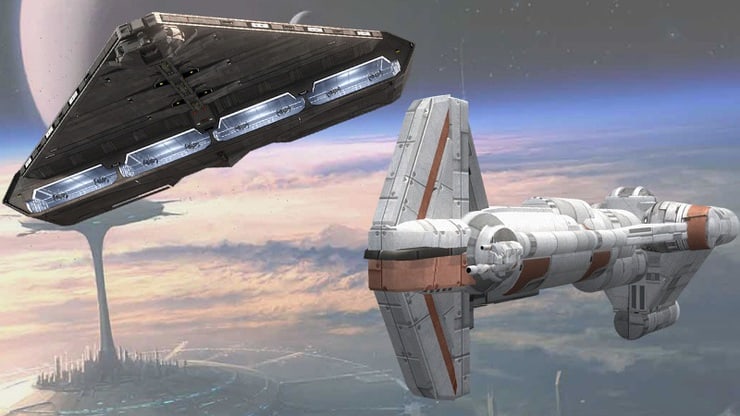 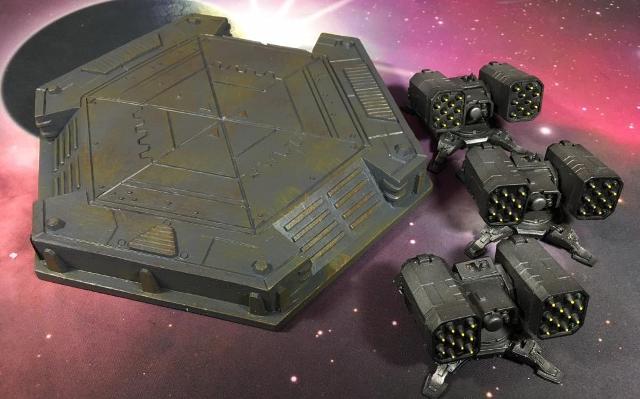 NEXT ARTICLE
Hobby Report & Flyer Giveaways Tonight on Twitch »
If you buy something from a link on our site, we may earn a commision. See our ethics statement.