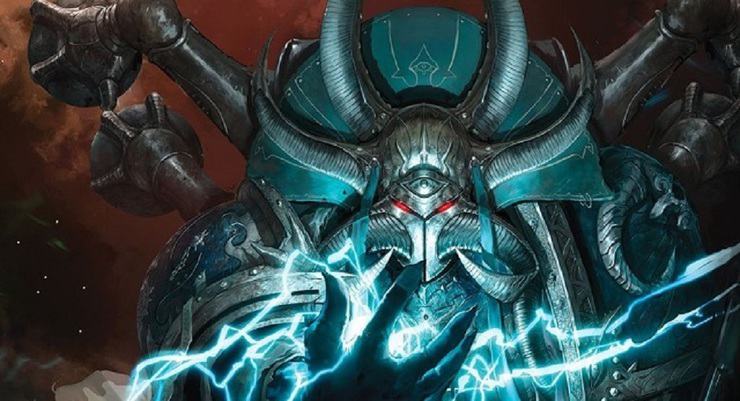 Followers of the dark gods rejoice because your Dark Hereticus Psychic Disciplines have been spotted in the upcoming Codex: Chaos Space Marines!

So, you could have a T-Sons psyker with Prescience and the Mark of Tzeentch: Weaver of Fates discipline. Said discipline gives a Tzeentch Heretic Astartes unit within 18″ of the psyker +1 to their invulnerable save. If the unit does not have an invulnerbale save, it gains a 5+ invulnerable save until the start of you next Psychic phase. 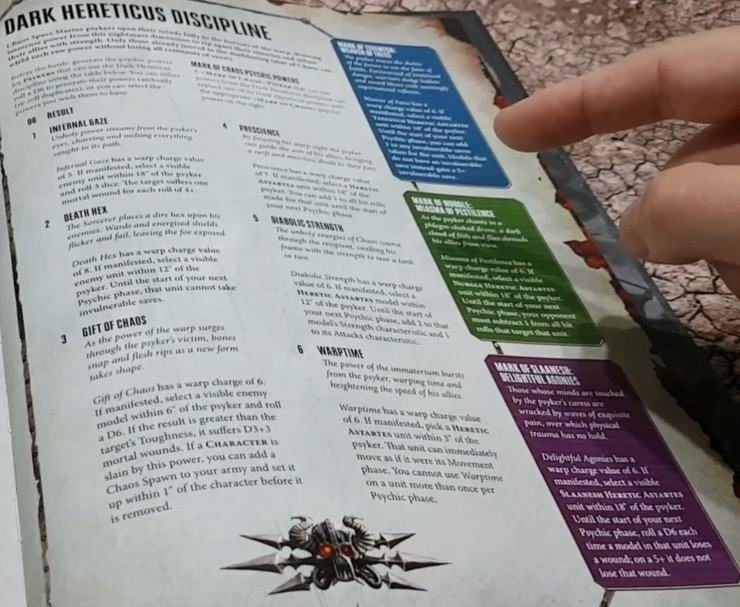 Imagine being able to use these <Mark of Chaos> specific powers on Abaddon the Despoiler since he carries all Chaos faction keywords. Mark of Nurgle: Miasma of Pestilence grants a visible Nurgle Heretic Astartes unit within 18″ a -1 to enemy hit rolls that target it. Lastly, Mark of Slaanesh: Delightful Agonies gives a visible Slaanesh Heretic unit with 18″ a chance to negate each wound made against it by rolling a 5+.

These powers give Chaos player reasons to take Marks while the Index: Chaos did not. 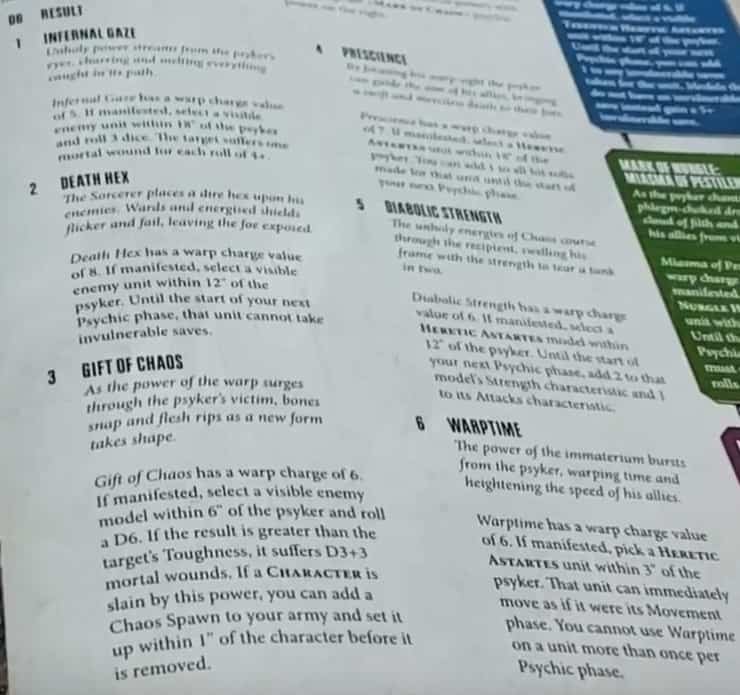 As for the six standard Hereticus powers, Infernal Gaze, Prescience, and Warptime were also in the Index: Chaos and appear to be unchanged.

Death Hex, Diabolic Strength, and Gift of Chaos are now available to us.

Death Hex is powerful and has a high warp charge value of 8. The reason for this is that Death hex, if successful, removes a unit’s invulnerable save until your next Psychic phase. This is a great character sniping tool that will allow you to target key characters/units early on to maximize damage.

Gift of Chaos has a warp charge of 6 and a range of 6″ from the psyker. If successful, the psyker rolls a D6. If the result is greater than the target’s Toughness, the target suffers D3+3 mortal wounds. If a Character is slain with this ability, a Chaos Spawn is added to your army and set up within 1″ of where the targeted character was.

Finally, Diabolic Strength has a warp charge of 6 and a range of 18″. If successful, the selected Heretic Astartes model gains +2 to Strength and +1 to Attack until your next Psychic turn. Imagine a helbrute in the Shooting phase with Diabolic Strength and, if possible, adding the Daemonforge stratagem to re-roll failed hit and wound rolls. Or an Emperor’s Children model in the Fight phase using this power and the Excess of Violence stratagem to attack again.

There are the Dark Hereticus Disciplines from the Codex: Chaos Space Marines. Stop back by next week for our first look and then tips and tactics breakdown of how to make the most of your Chaos psyker powers in 8th Edition.

What are your thoughts on these disciplines? Were you hoping for more Legion-specific ones? Let us know in the comments below. 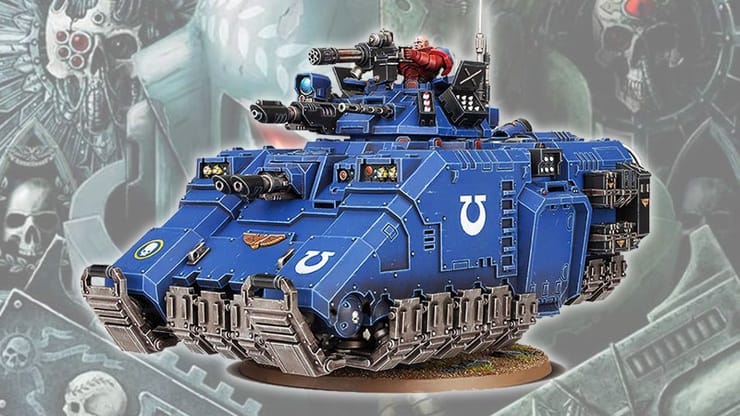 PREV ARTICLE
« How Detailed is it? Primaris Repulsor REVIEW 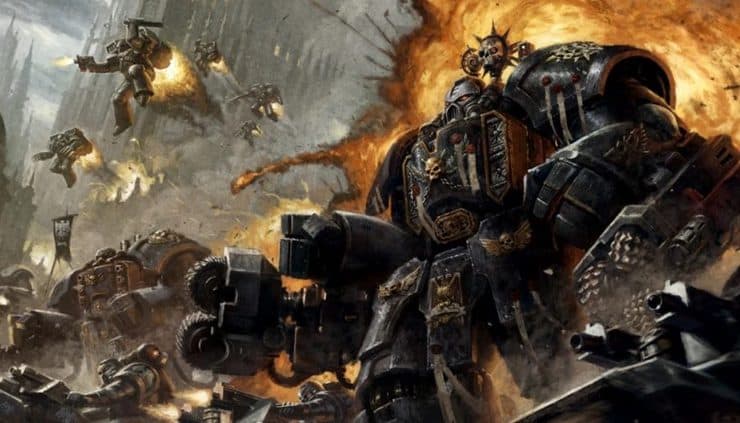 NEXT ARTICLE
After Isstvan The Raven Guard Strike Back: LORE »
If you buy something from a link on our site, we may earn a commision. See our ethics statement.