This Zombie Dragon is an Undead Behemoth 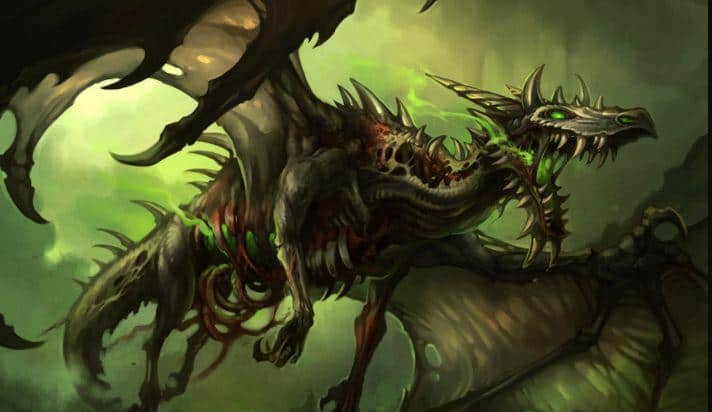 On tattered leathery wings flies the Zombie Dragon. He has been resurrected by Creature Caster and is ready to feast on the flesh of man! 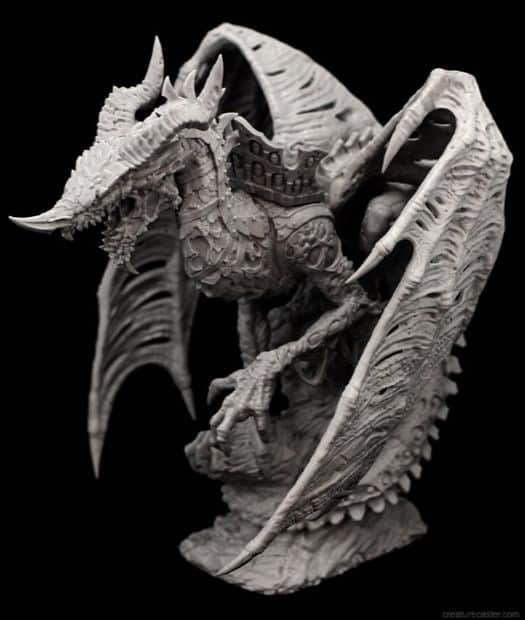 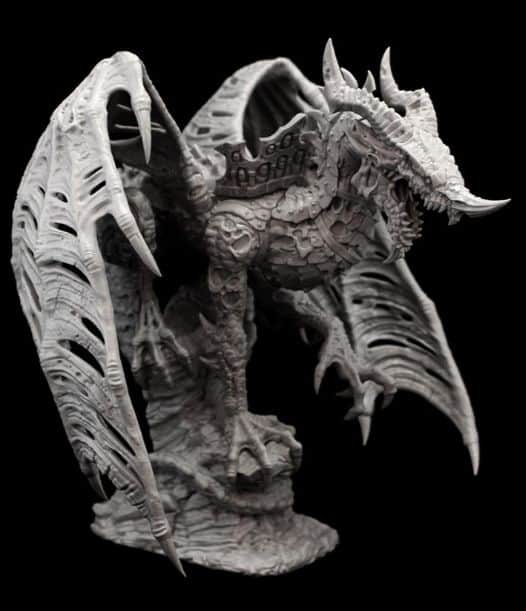 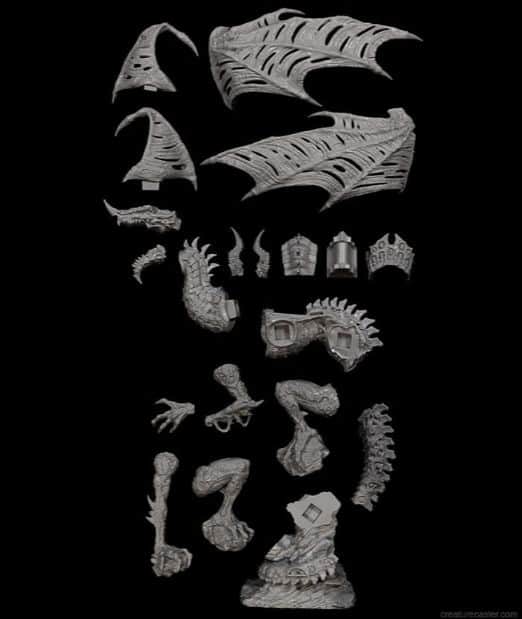 Zombie Dragon is an abomination to all that is virtuous and natural. Powered by a dark animus, that violates the laws of nature, nothing of its once regal self remains. A rotten carcass, stirred from eternal rest, he towers over the battlefield in majestic horror. He fights in near silence, the only sounds are the screams of his victims and rustle of desiccated hide. Sundered flesh and broken bones prove to be no hindrance as Zombie Dragon is driven by a will that defies death itself.

Zombie Dragon perches on a narrow rock base. He stands 16cm (6″) tall and is 16cm in length. He is covered in amazing undead textures ranging from torn flesh and scales, to muscle and bone. His base footprint is 75mm by 50mm.

Zombie Dragon is cast in pure, unfilled, resin. He comes with a howdah, allowing you to use your own miniatures to represent the rider. Alternatively, he can be modeled with a saddle, or with a riderless option. The recess on his back can accommodate a 20mm by 20mm base.

Zombie Dragon was designed and sculpted by Jeremy Glen and Vicente Sanchez.

This Zombie Dragon would make the perfect mount for a Vampire Lord in Age of Sigmar. Lead your armies of Undeath with a Zombie Dragon!

NEXT ARTICLE
Azrael’s Vicious Memes & Clickbait Support Group »
If you buy something from a link on our site, we may earn a commision. See our ethics statement.