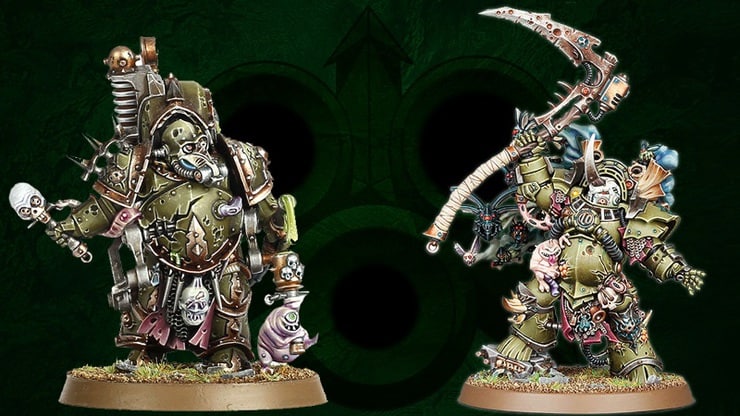 It is time to go inside the box for GW’s new Death Guard character kits from Games Workshop. Let’s see what good with Typhus and the Foul Blightspawn.

The Nurgly-goodness continues to roll in as Typhus and the Foul Blightspawn have arrived in this week’s wave of Death Guard releases. Typhus, a $40 kit, and the Foul Blightspawn, a $25 clam pack, have been generating some buzz out there amongst hobbyists for the great design. Our very own Rob Baer unboxed both these kits to see just how good these kits are. Here is a sample of our quick and dirty review to give you the lowdown on what you can expect to see with these kits.

For our complete review, be sure to scroll down and press play on the full video below 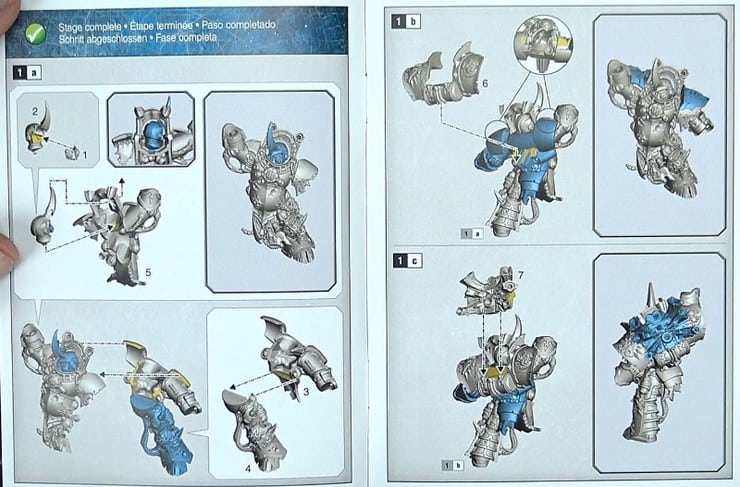 Typhus has an assembly process that is similar to the Deathshroud Bodyguard miniatures. The kit has several random little pieces that go on separately that you need to be aware of. His head will need to be slotted through the space in the front torso of his armor, for example. The model is computer-sliced which is no surprise since we see this a lot with character models. Rob recommends that you keep the destroyer hive and cloud of flies pieces off and paint those separately. 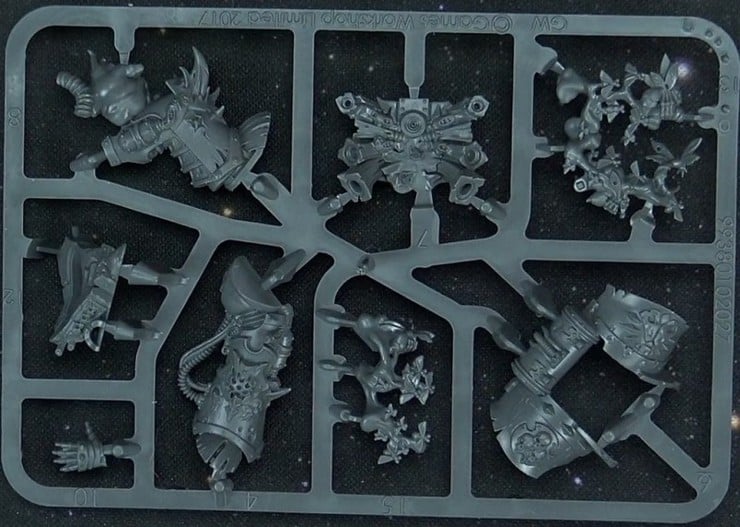 The detail on Typhus is great and has a great deal of intricacy. This may be the most detailed kit recently released, save for Mortarion. The armor has pitting and rents, little nurglings hold intestines, the hoses and cabling on the destroyer hive have their own detailing, the lone hand bit appears to have intricate armored webbing, etc. At the end of the day, highly detailed model with decent stats that may be an auto-include in lists that are above 2k points. 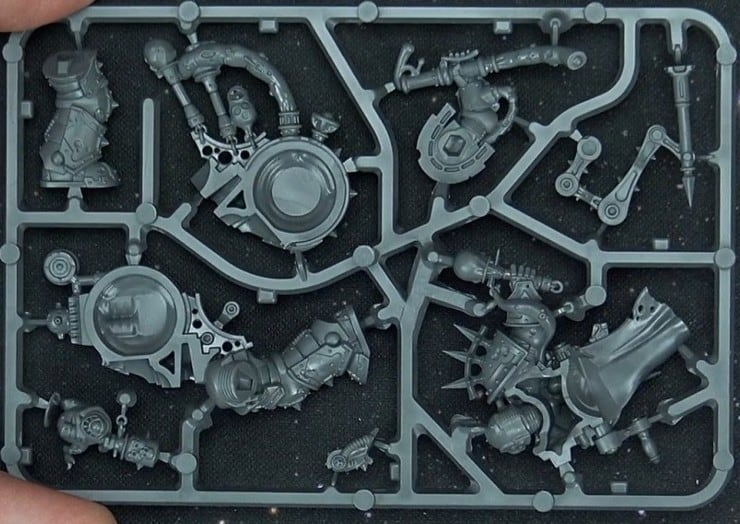 The Foul Blightspawn comes on one sprue and is relatively easy model to put together. Also computer-sliced, the rear torso bit will have to be connected to his backpack bit before the front torso bit can be attached. After that, everything else connects easily. He even has a little nurgling grenade thrower with him. He will cost you around 77 points and comes with a plague sprayer and the Revolting Stench ability that will protect your front lines from being assaulted first in the Fight Phase. This ability has a 14″ diameter. 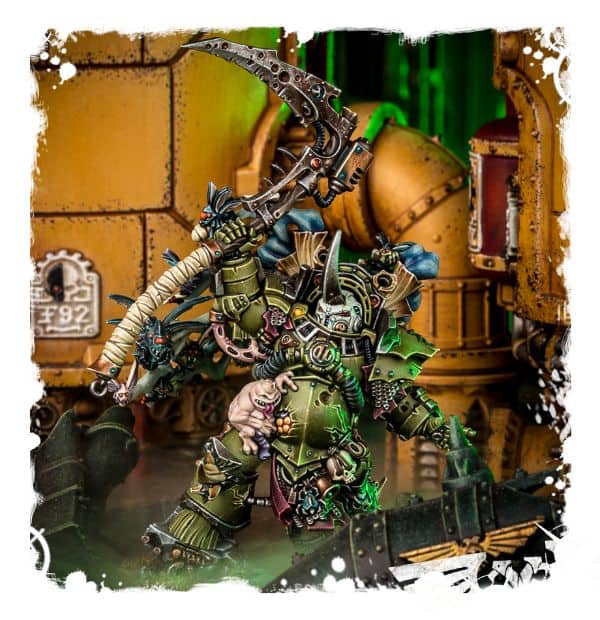 Typhus, Lord of Mortarion’s First Plague Company and Host of the Destroyer Hive, is the most feared of all Plague Fleet commanders. From his ancient ship, the Terminus Est, Typhus spreads contagion and misery across the galaxy. That Typhus has been truly blessed by Nurgle is indisputable. For ten thousand years he has been a blight on Imperial worlds; in the wake of Typhus’ fleet a virulent plague spreads, creating plague zombies whose bites carry the disease to new victims. Billions have died and been returned to undeath, as the proliferating energies of Chaos distort and mutate this disease to ever-more terrifying vectors. 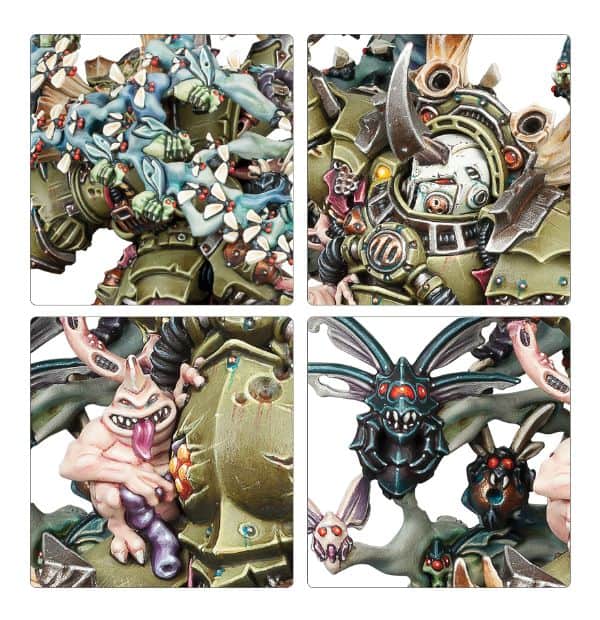 This multi-part plastic kit contains the components necessary to build Typhus, Herald of Nurgle, Host of the Destroyer Hive. This is an appropriately large model, covered head to toe in rot, pitted Cataphractii armour, skulls, Nurgle icons and spikes – there’s even room for a Nurgling to hitch a ride, clinging to his waist. He holds aloft a master-crafted manreaper, taller even than Typhus himself, which features a host of unpleasant effects of corruption and wear; it’s clearly a blade that has seen a lot of action. 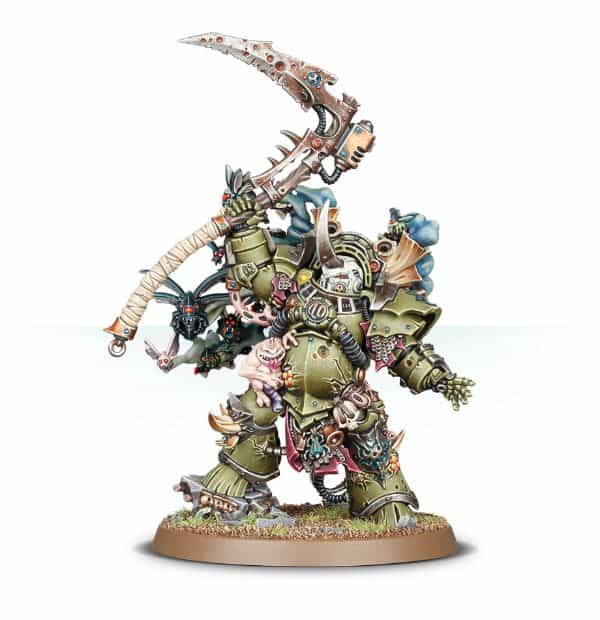 The chimney found on his back is belching forth a vile hive swarm with impressive effect – some of the flies bursting forth are the size of a Nurgling. Included is a scenic element to his base, as he stands with a foot resting arrogantly on some toppled Imperial masonry.

This kit comes as 15 components, and is supplied with a Citadel 50mm Round base. 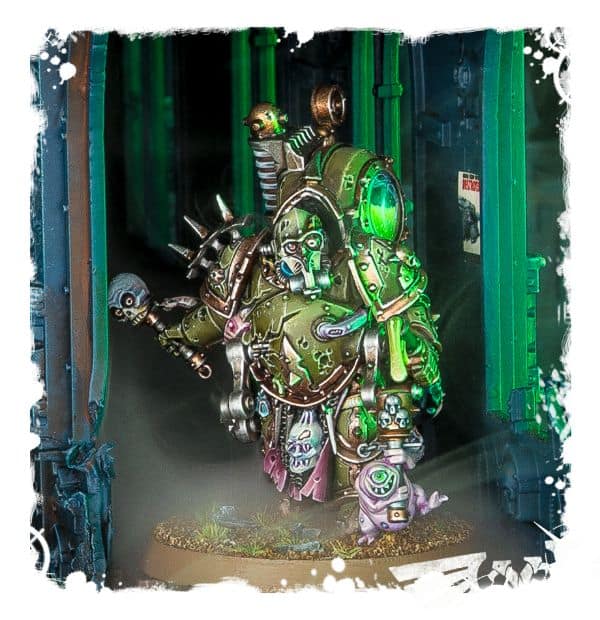 A revolting stench wafts around the Foul Blightspawn, his corruption clotting the air itself. Breath rattles through pus-slick tubes as he cranks the rusted handle of his malignant churn, bellows wheezing and plague slop roiling in the incubatum upon his back. Some foes stare in bewilderment at this strange performance. Some direct their fire at the Blightspawn, shots rebounding from his armour ot thumping harmlessly through rotten flesh in sprays of effluence. The wise, however, flee for their lives. 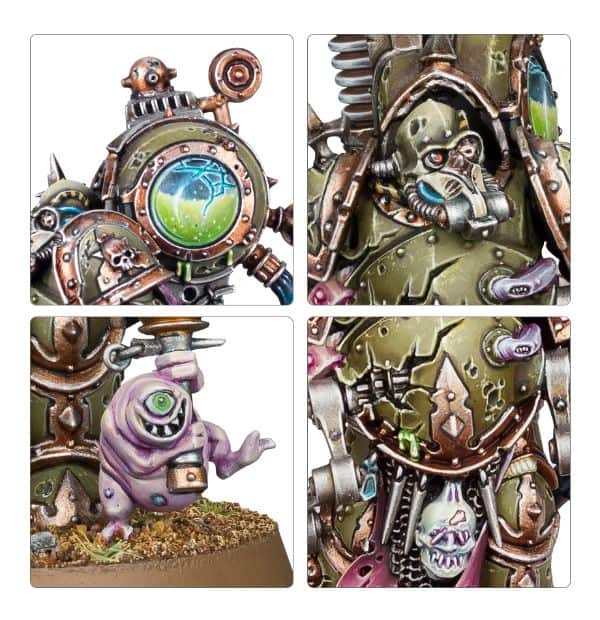 This multi-part plastic kit contains the components necessary to assemble a Foul Blightspawn. He carries an enormous, sinister tank on his back – the incubatum – brimming with foul and noxious disease, which he squirts indiscriminately with malign cheerfulness. His plague sprayer in his left hand drips this vile concoction with no thought for where it may land. A crack in his armour shows the unpleasant extent of his modifications; the gears and pistons of a malignant churn are forcibly driven into his guts. 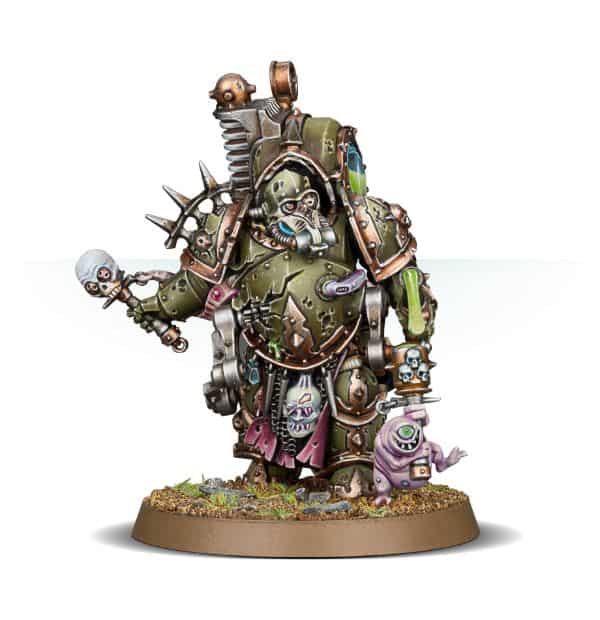 His armour, as well as being covered in rot, features plenty of icons of Nurgle, skulls and rust. There’s even an optional Nurgling clutching a blight grenade to be added to the base. This kit comes as 8 components, and is supplied with a Citadel 40mm Round base.

Typhus and the Foul Blightspawn are available now online and in local Games Workshop stores. Be sure to press play on our quick and dirty unboxing and review video below for the full review.

For more on the Typhus, the Foul Blightspawn and all things Warhammer 40k, visit Games Workshop! 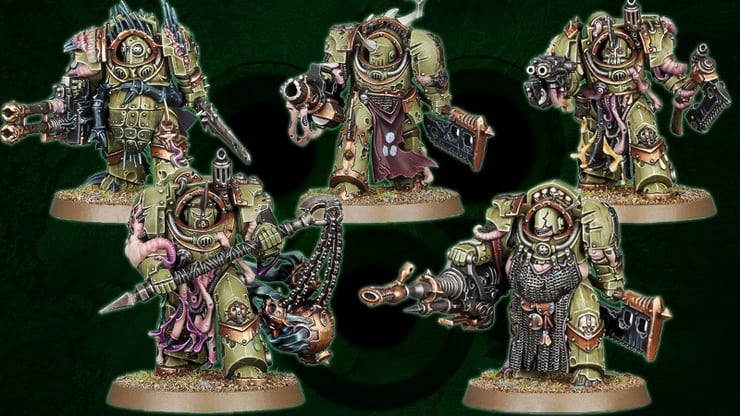 NEXT ARTICLE
Blightlord Terminators: More Options For $60 »
If you buy something from a link on our site, we may earn a commision. See our ethics statement.