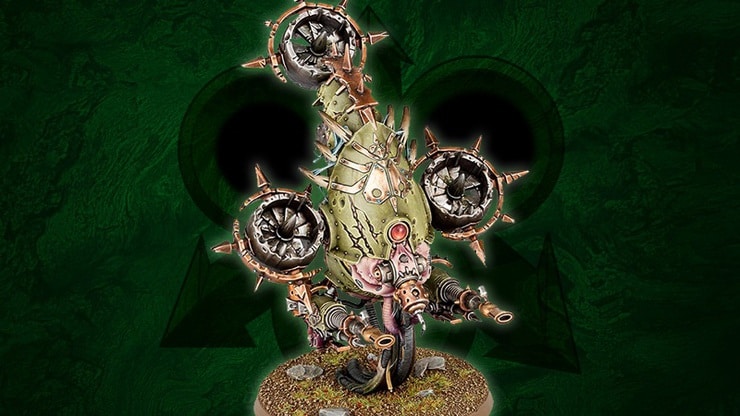 Even more Nurgley goodness continues to roll out from GW with the Foetid Bloat Drone, Fleshmower Edition. Now with new weapons included!

Praise Papa Nurgle! The Foetid Bloat Drone, that creepy, nasty flyer, is ready to spray sickness and disease all over your enemies. It even has a wicked bladed attachment to run them over GTA-style just to add the extra insult to injury. It is finally available in its very own standalone kit for $50. Here is a sample of our quick and dirty review to give you the lowdown on what you can expect to see in this kit. 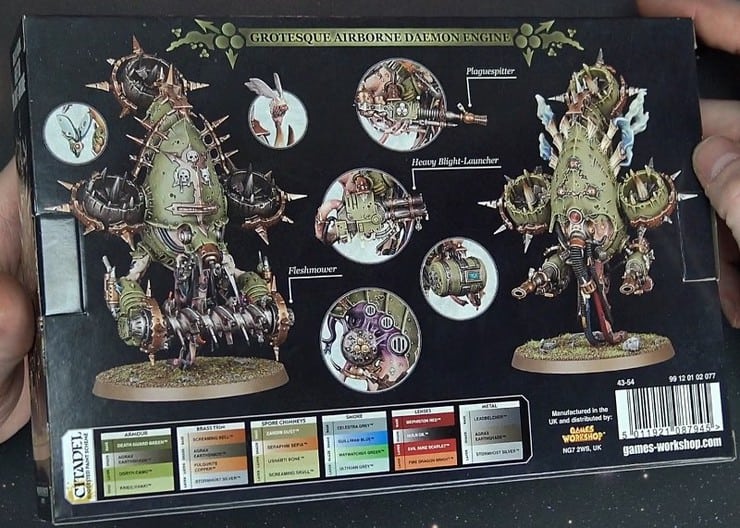 This standalone kit includes several customization options, from weapons to front armor plating, and two nose piece options. 44 components make up the Drone and it comes on a 60mm base. It is multi-part and easy to assemble, with the only change from the ETB coming with the new weapon options.

Some pieces should be assembled separately and painted before being attached just to make your hobbying session on this model easier. 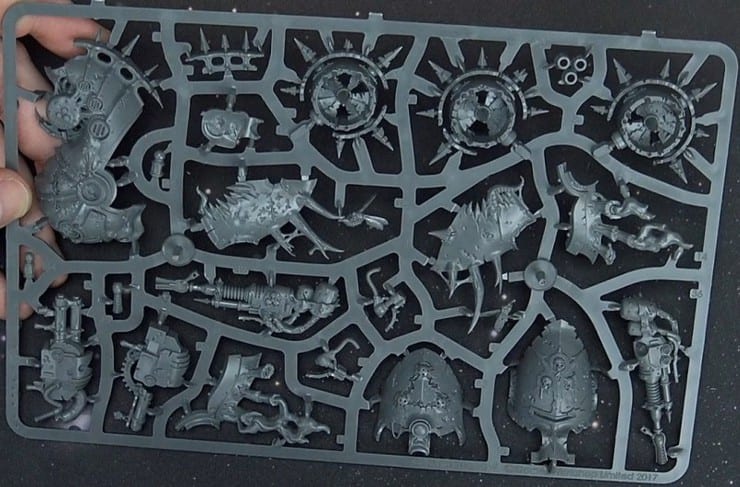 The kit comes with two sprues and the detail is just great. The front armor cowling has several options to choose from and each plating has it own unique attachments such as sickly smoke wisps, spikes, and bones horns. The bone horns even have flies that can be attached to them.

The Foetid Bloat Drone clocks in at 49 points at base. The heavy blight launcher will run you 35 points and its dual plaguespitters will run 34 points total to equip. The new fleshmower melee option can equipped for 12 points and has +2 Strength, -2AP, and 2 Damage. It is also a plague weapon and it can make 6 additional attacks with this weapon, which totals to 9 attacks. 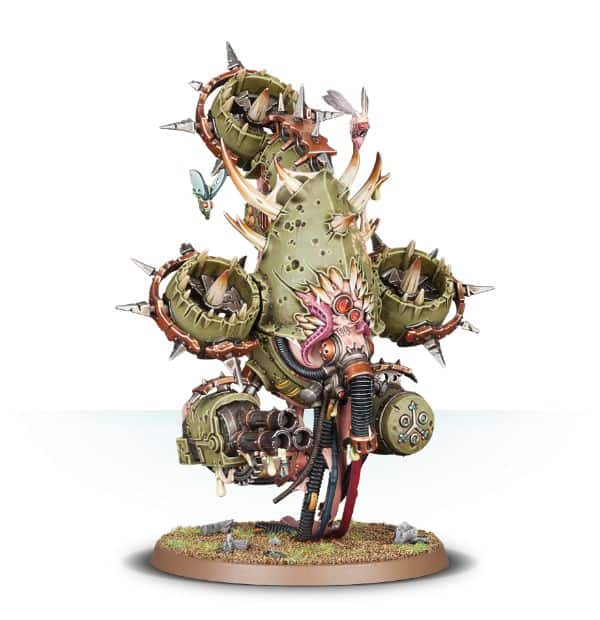 Labouring through the air on buzzing turbines and driven by the trapped essence of a Nurgle Daemon, the Foetid Bloat-drone drifts toward the enemy like an armoured plague fly. This hideous war engine bears monstrous weapons onto the battlefield to annihilate the enemies of the Death Guard. Clad in rusting plates of rot-iron armour, their hulls overflowing with flabby foulness, Foetid Bloat-drones can withstand ferocious amounts of punishment and still keep fighting. They are designed to hover in close, drifting lazily through the most treacherous of terrain to provide supporting fire.

This multi-part plastic kit contains the components necessary to assemble a Foetid Bloat-drone. A huge, intimidating amalgamation of machine and rotting meat, the front of the model is dominated by a carapace which can be assembled as 1 of 3 options – one featuring a Nurgle symbol picked out in skulls, one featuring the symbol carved into the carapace, and one featuring a hideous toothed maw covered in pustules, tentacles and hoses dangling from within. It comes armed with 2 plague spitters and a plague probe; whichever carapace you pick, the plague spitters can be replaced with either a heavy blight launcher or a flesh mower (which looks as utterly ghastly as it sounds…) The back of the model is a riot of horrendous detail, with obscenely stretched skin spilling over the metal structures that barely contain it

The kit comes as 44 components, and is supplied with a Citadel 60mm Round base.

The Foetid Bloat Drone is available now online and in local Games Workshop stores. Be sure to press play on our quick and dirty unboxing and review video below for the full review.

For more on the Foetid Bloat Drone and all things Warhammer 40k, visit Games Workshop! 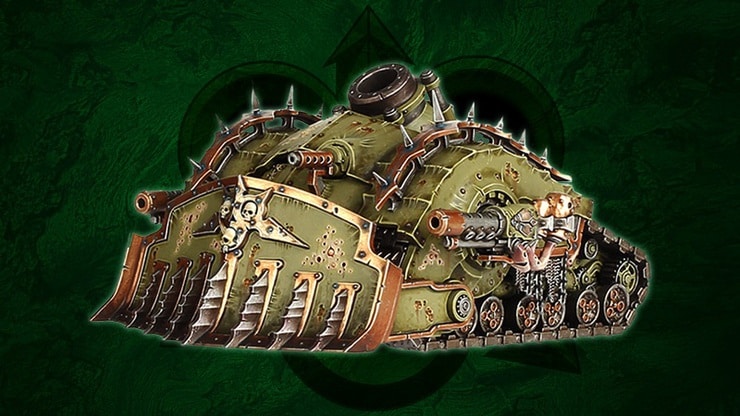 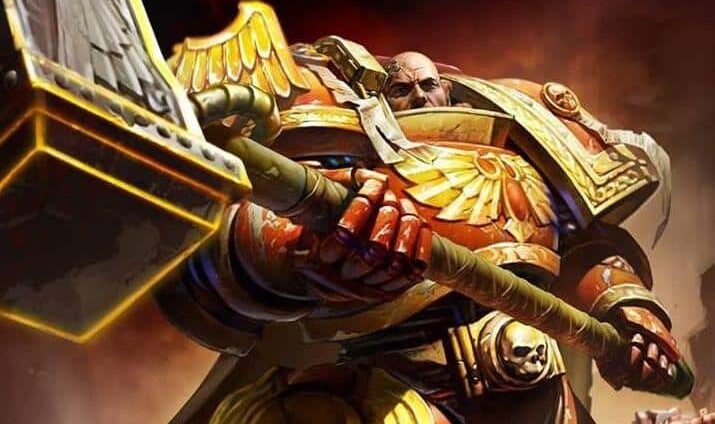 NEXT ARTICLE
Kromlech Legionary Maces: NEW BITS »
If you buy something from a link on our site, we may earn a commision. See our ethics statement.