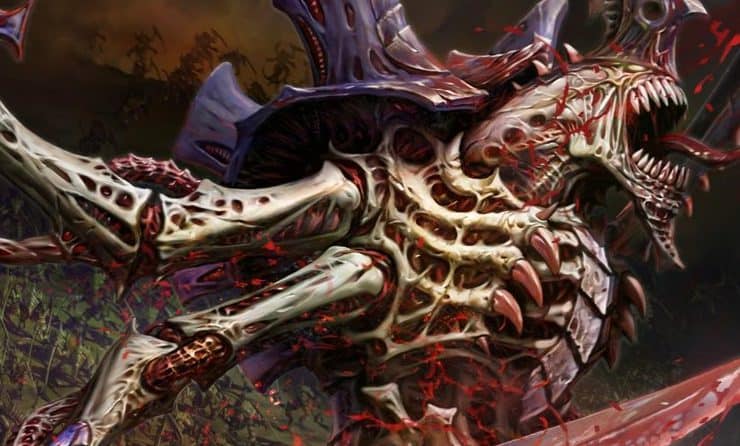 The new Tyranid Codex is only a week away and we have the points cost and datasheet changes that you will see inside. Come check them out!

Seen in a review by wintersSEO, the new Codex: Tyranids brings with it some great changes. However, do not expect this codex to be full of point costs reductions. It isn’t. This codex is more about how the Tyranids will play and about getting more power for points. Let’s dive and and see what is new!

Three forms of Carnifexes: Carnifex, Thornback (70 points), and Screamerkiller (90 points). They can get Enhanced Senses for 10 points and have a Ballistic skill of 3+ instead of 4+. They can take the heavy venom cannon wgich is now -2AP instead of -1AP. Only the Carnifex and Screamerkiller can buy Spore Cysts for 10 points which has enemies targeting them with ranged attacks subtracting -1 to hit.

Screamerkillers come with 2 pairs of monstrous scything talons and bio-plasmic scream. That clocks them in at 118 points. They have the Living Battering Ram and Monstrous Brood rules. Their bio-plasmic scream is 18″ range, Assault D6, Strength 7, -4AP, 1 Damage. They are also Terrifying and enemies must add +1 to morale tests if they are within 8″. They have 5 attacks.

Thornbacks come with 2 pairs of monstrous scything talons and 2 devourers with brain-leech worms that can be switched out. It also has the Thorned Battering Ram rule that is the same as Living Battering Ram except that when the hit infantry units, they D3 mortal wounds. Chitin Thorns ability – at the end of the Fight phase, roll a D6 for each enemy unit within 1″. On a 6+, they suffer mortal wounds. Vicious Hunter ability – enemy infantry units never gain a bonus to saving throws from cover against attacks made by a Thornback. 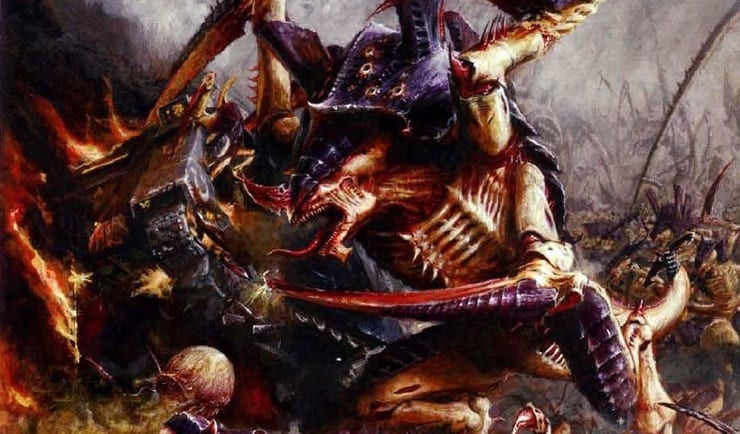 Hive Tyrants are 10 – 20 points cheaper depending on how they are equipped. Their Toughness has gone up to 7 and they now have 12 wounds. New ability – Swooping Assault – During deployment, you can setup a Hive Tyrant with wings circling high above the battlefield instead of on the table. At the end of any of your Movement phases, it can swoop down and setup anywhere that is more than 9″ from enemy models.

Swarmlord is now Toughness 7 and the wording has changed regarding his attacks. He gets 6 attacks and 1 attack with his tail.

Bonesabres are now 3 Damage instead of D6 Damage.

Neurothropes – HQ unit, power level 4, 70 points, 5 wounds. Spirit Leech ability – whenever this unit slays a model using Smite, it can heal a wound on any friendly Zoanthropes within 6″. It has a 3+ invulnerable save and can re-roll 1s in a psychic test if a friendly <Hive Fleet> Zoanthrope is within 6″. They can manifest 2 psychic powers.

Exocrine has gone up 66 points yet its main weapon and upgrades are now free.

Harpies have gone up 43 points but adding wings and strangleform cannons, it comes out to the same points.

Hive Crone with all the weapons on it has gone up 8 points. 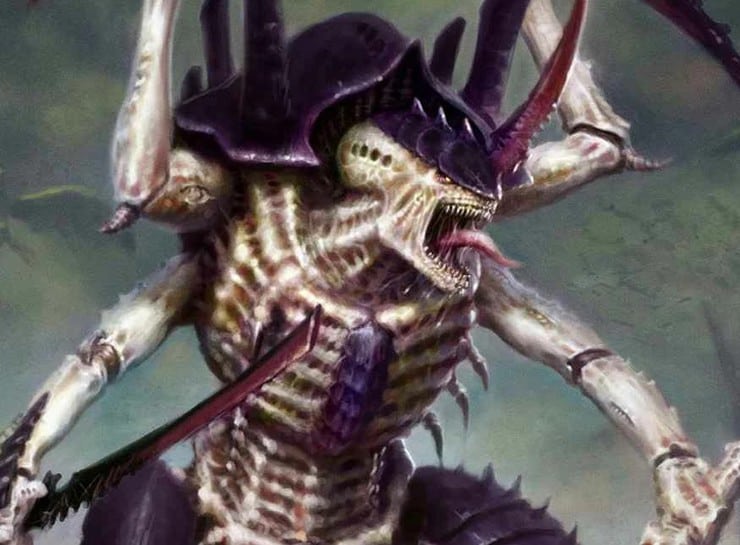 Genestealers have a new ability called Extended Carapaces can increase their save characteristic by 4+. They cannot use Swift and Deadly if they use Extended Carapaces. Infestation – if your army includes any Genestealer units, you can put 4 infestation nodes anywhere in your Deployment zone and keep your Genestealers in reserve. At any point in the game, they can appear within 6″ of a node. If an enemy model gets within 9″ of a node, that node is removed. The Genestealers are considered lost if all nodes are removed before they can deploy.

Maleceptor has a 4+ invulnerable save instead of a 5+. It’s Psychic Overload ability has been changed. It will now wound on a roll of 6+ and do 3 mortal wounds.

Venomthropes’ Shrouding Spores now have a 6″ range instead of 3″ and now applies to all units, excluding monsters. In addition, your opponent must subtract -1 from hit rolls made for ranged weapons that target monsters if they are within 6″ of a Venomthrope unit that contains 3 or more models. You can increase the range of 6″ to 9″ if the unit contains 6 models. 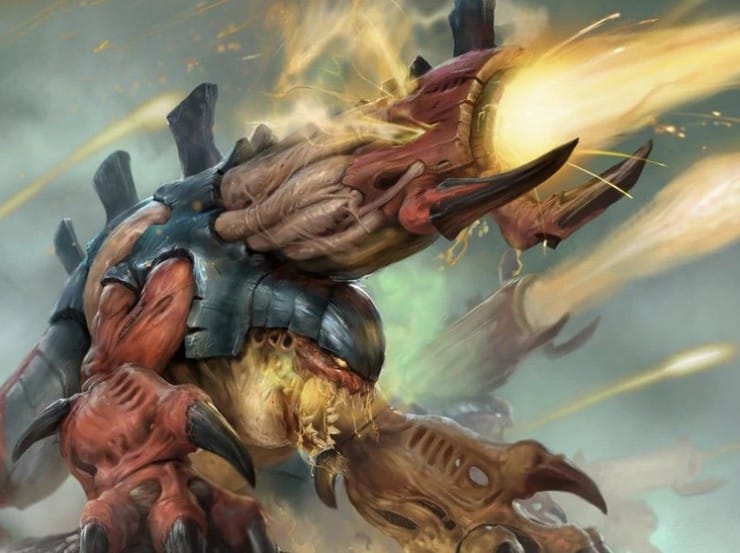 Haruspex down 48 points after equipping the weapons.

Tyrannofex’s rupture cannon is now Heavy 3 instead of Heavy 2 and is now -3AP and D6 Damage.

Devourer with brain-leech worms are now Assault 6 instead of Assault 3.

Any Tyranid character, such as Old One-Eye, are not tied to any specific Hive Fleet. This is backed by the lore in the codex.

There you have the point costs and datasheet changes that were mentioned in the review. What do you think of datasheet changes? Do they have you thinking about  dusting off unused models? Do you feel that there should have been more changes in terms of point costs? Let us know in the comments below! 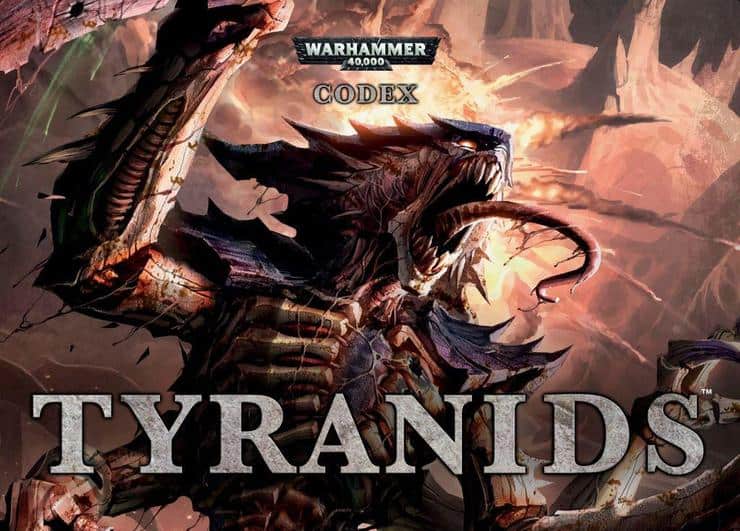 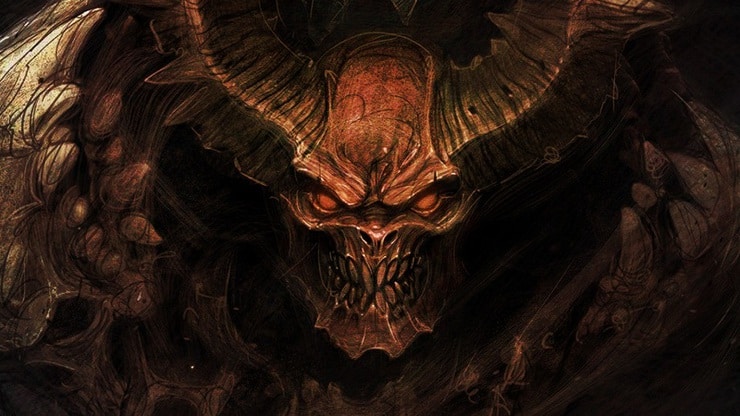 NEXT ARTICLE
Impressive Wingspan: Lord of Slaughter REVIEW »
If you buy something from a link on our site, we may earn a commision. See our ethics statement.