A new Rumor Engine bit was previewed this morning and it looks like Chaos has some fashion sense after all. Let’s check it out.

Warhammer Community originally previewed the bit. Take a close look at all the details and see if you can guess what it goes to. Keep in mind all of the rumors that have been floating around lately. It could have something to do with them!

If you missed last week’s Rumor Engine, you can check it out now. Remember, there’s still quite a few Rumor Engine bits left to identify as well. 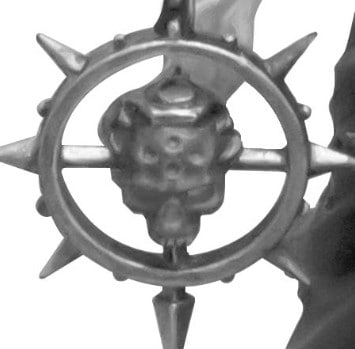 Right away, it looks like something from Chaos. The metal frame looks exactly like the symbol for Chaos actually. 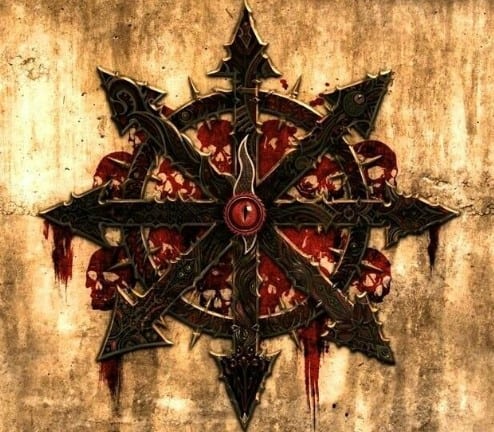 Keep in mind that there have been rumors of either Fulgrim or Angron showing up around December. This could be a piece of “jewelry” from something like a Daemon Prince or even a Daemon Primarch. 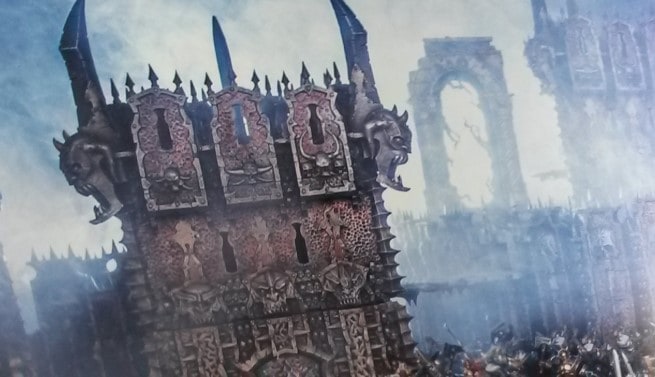 It may not have anything to do with a creature at all. It could be “decoration” for a new Chaos fortification. Let’s face it, none of the Chaos gods would have any problem slapping some burning skulls on their fortresses.

The skull in the pic also has four dots in a peculiar pattern. It doesn’t look like anything from Nurgle. Could it be Khornate or just something like Chaos undivided?

Though we can’t tell what the skull is attached to, we definitely know that the pic hasn’t been flipped because it’s hanging from a chain.

So what do you think could be that thing off to the right of the frame? There are no wrong answers until the bit finally gets a full preview. Let us know what you think this bit could be in the comments of our Facebook Hobby Group.

Latest Rumor Engine bits yet to be revealed! 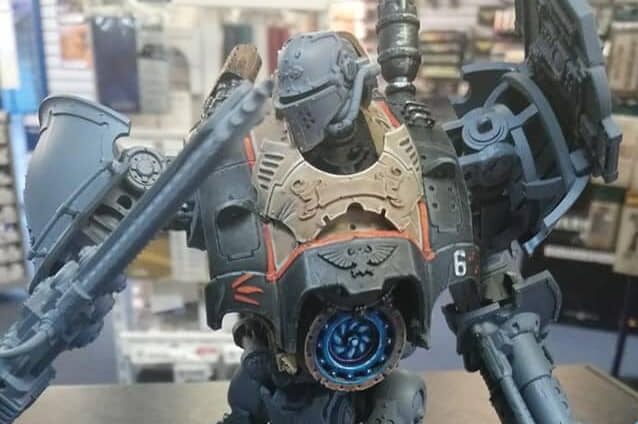 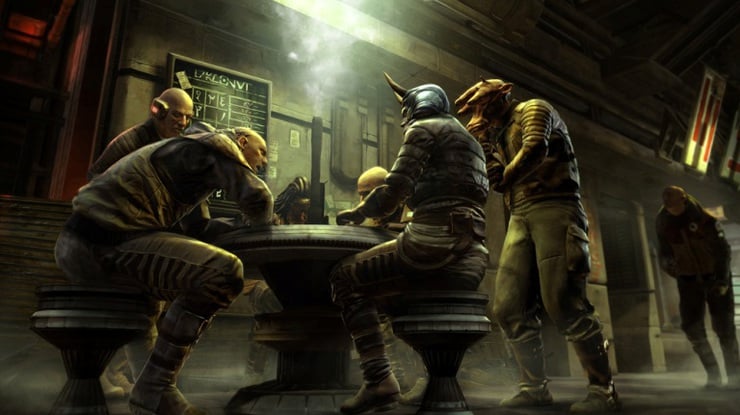 NEXT ARTICLE
Earning Your Black Sun Stripes: Star Wars X-Wing »
If you buy something from a link on our site, we may earn a commision. See our ethics statement.