From 0 To Hero: Did Vigilus & CA Fix Primaris Marines?

We’ve seen Primaris units thrown at us from the start of 8th edition. The hype was great until we realized they were over-costed. How are they now?

We first saw Primaris units in the Dark Imperium Box Set from the start of 8th edition. From then on, we’ve seen a whole slew of Primaris units hit the shelves. The Repulsor, Redemptor, and now Marneus Calgar are just to name a few.

Unfortunately, Primaris have had a notorious reputation for not being exactly “worth it” in 8th edition.

However, it looks like Chapter Approved and Vigilus may have fixed that. 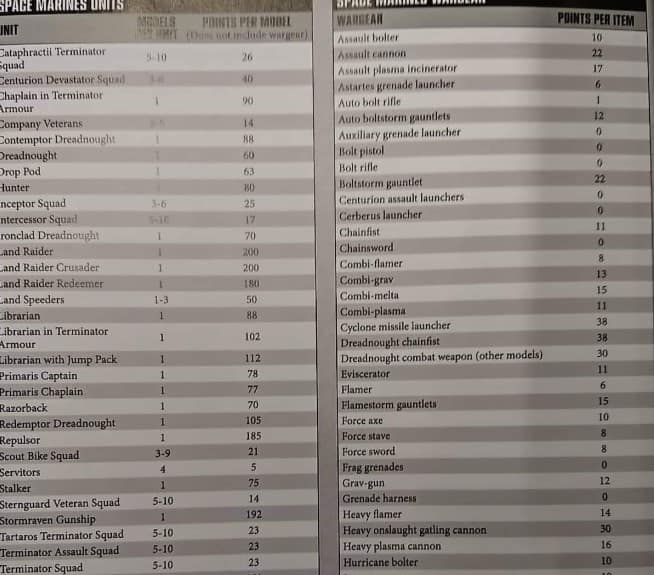 It’s safe to say that Primaris were one of GW’s main goals to improve on (obviously with more Primaris coming, they want them to sell).

Now let’s check out what kind of support is waiting for them in Vigilus Defiant. 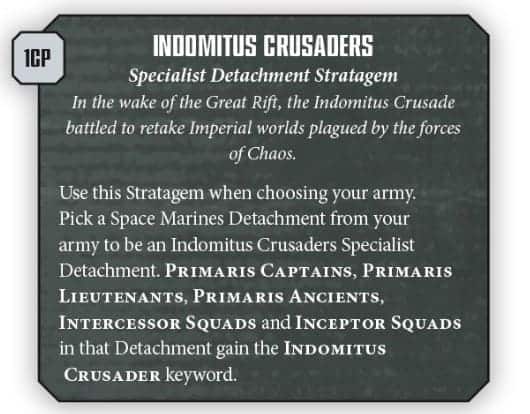 So what does this detachment unlock for you? Well, a whole slew of detachments, a Warlord Trait, and a relic. Here are some of the stratagems we could make out: 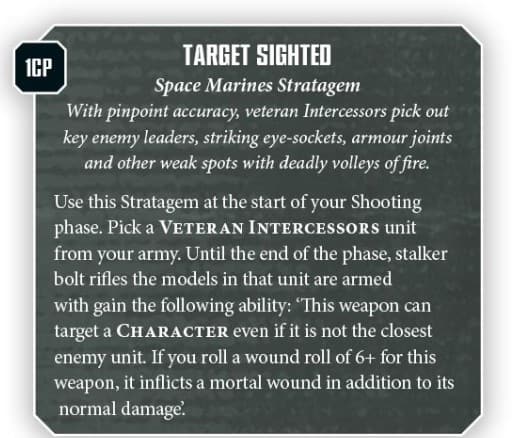 You’ll have to spend another stratagem to upgrade your Intercessors to Veterans, but once you do, you have the ability to snipe characters out of the crowd with a 1CP stratagem. This is strictly better than the Sniper squads.

Sure, this is more CP intensive, but the Stalker bolt rifles have -2 AP on them and still cause mortal wounds.

Bolt Storm (1CP): Pick a Veteran Intercessors unit from your army armed with Auto Bolt Rifles (assault 2). If they are within half range of their target, their weapons automatically hit.

That’s 20 S4 shots all hitting an enemy unit. Translation: That would shred light-armored units like Orks, Guard, Hormagaunts etc. The only sucky part is that you can only do this stratagem at the START of your shooting phase. 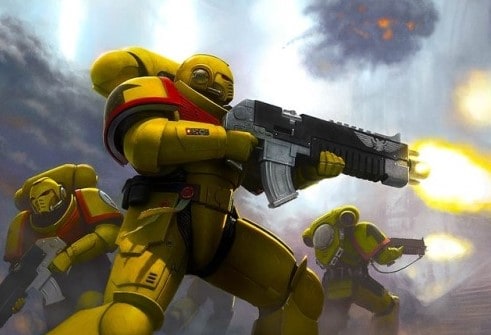 Rapid Fire (1CP): Pick a unit of Veteran Intercessors in your army. Bolters they are armed with are changed to Rapid Fire 2.

We aren’t sure if you’re able to use this stratagem with the Stalker Bolt Rifles making them Rapid Fire 2 S4 -2AP 1D or not…but it could get really silly if you pop the Rapid Fire stratagem and then immediately use the Target Sighted stratagem. The stratagem just says “bolt rifles they are armed with” leaving it generic. 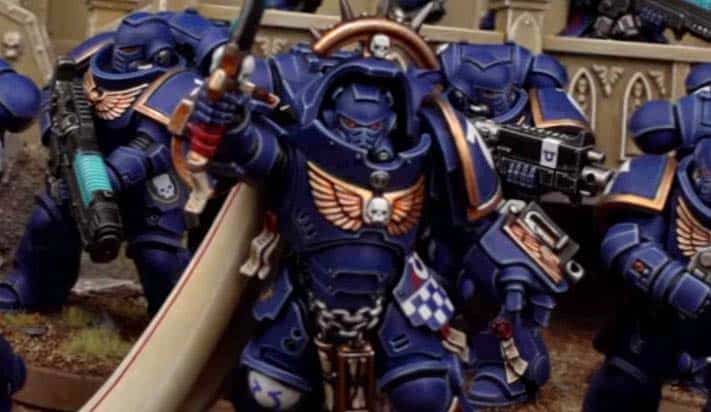 Grey Shield: Essentially lets your Warlord and other Indomitus Crusader units in the detachment gain a Chapter Tactic from another Chapter for the turn. 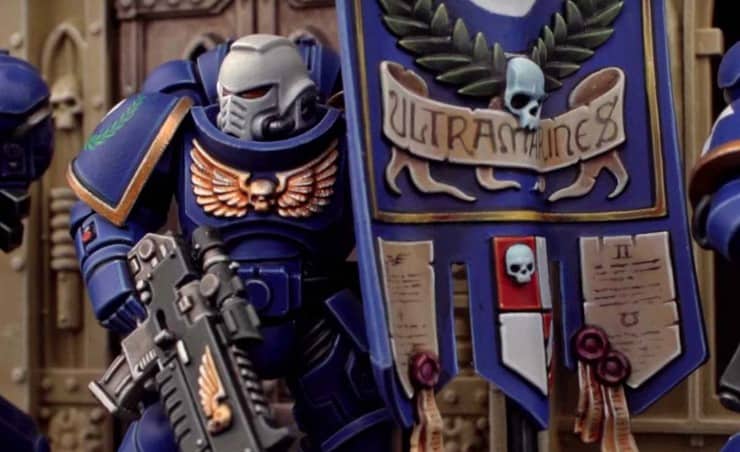 Reliquary of Gathalamor: Enemy Psykers are -1 to cast within 18″ of the bearer. In addition, whenever an enemy Psyker fails a psychic attempt, on a 4+ they suffer D3 mortal wounds.

Standard of the Ultima Founding: Primaris Ancient only. At the start of the movement phase, the bearer can plant the banner. Until the bearer makes a move, friendly Indomitus Crusader units within 6″ Reroll hits and wounds of 1.

Essentially, Primaris are getting their own exclusive detachment that any chapter can use. It’s generic and open-ended for that very reason. As they have their own detachment to themselves, people will be more inclined to take Primaris to the field. Just as icing on the cake, this detachment looks to be one of the stronger/swiss army knife-variety. 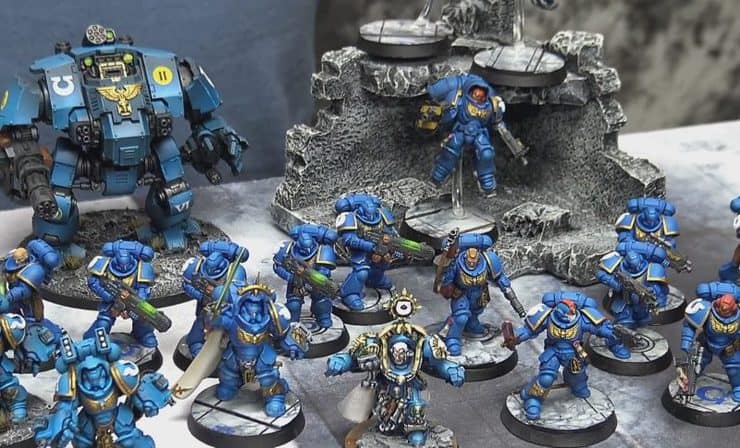 All in all, it looks like Primaris are revving up to be a force to be reckoned with. Some of those stratagems in the Indomitus Crusader detachment are almost too good to pass up. When you take that and add in the fact that they’ve gotten cheaper, Primaris will be most certainly seen on the table.

What do you think about their recent support? Will they replace the classic one-wounder Marines? Let us know in the comments of our Facebook Hobby Group. 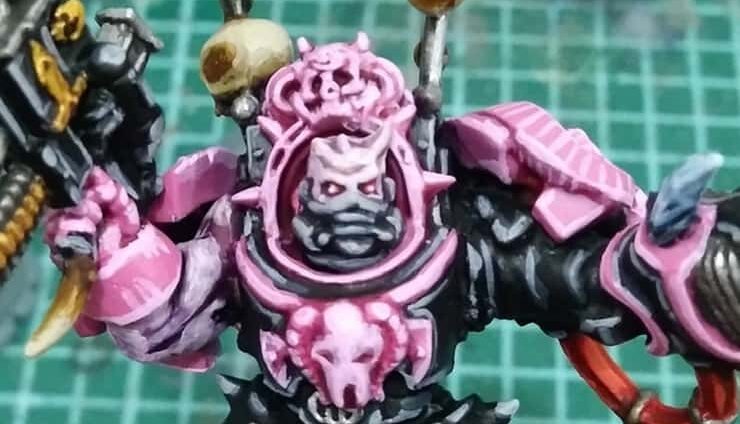 PREV ARTICLE
« A Menagerie of Weird: Chaos Army of One 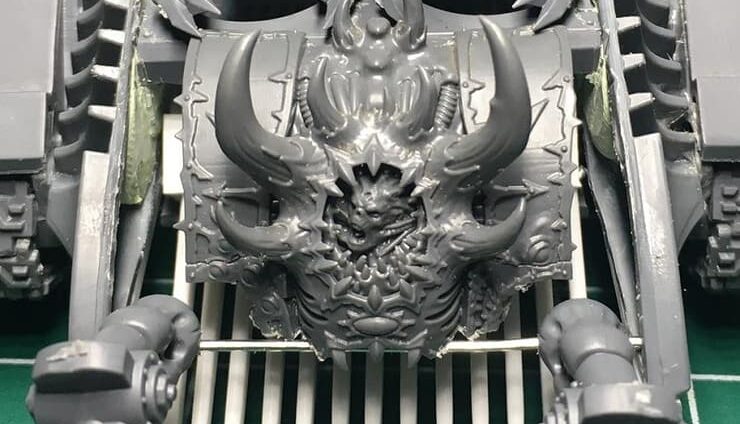 NEXT ARTICLE
A Tank Full of Abomination: Chaos Conversion Corner »
If you buy something from a link on our site, we may earn a commision. See our ethics statement.