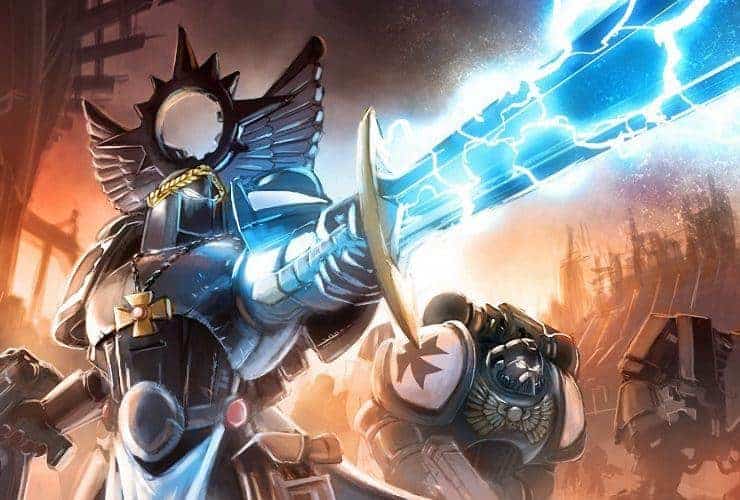 An airbrush was just spotted in April’s White Dwarf. Could this be something to tack onto the rumors of a new Citadel airbrush/ paint line coming soon?

There have been some rumors going around the web saying that we could be seeing a new line of Citadel paint products including an airbrush soon. Now an Airbrush has been spotted in this month’s White Dwarf as well… What does it all mean? Check out the latest!

In case you missed the current rumors of new Citadel Painting products, we have collected them below for you:

Warhammer Community previewed a video at their Adepticon preview called “Fifty Shelves of Grey”. The video essentially makes fun of having a massive collection of grey models and puts “Grey no More” at the end. Check out the video for yourself.

Is this a situation familiar to you? We know that while grey plastic has its charms, the dreaded backlog can feel a bit intimidating at times. Well, worry not – soon, we’ll be adding something huge to our paint range that’s going to make painting your models even simpler. Stay tuned for more teases soon… 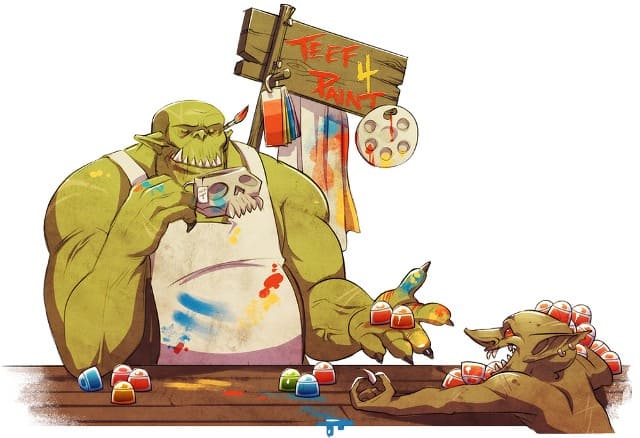 Current rumors say that we could be seeing a whole new line of Citadel paints along with a Citadel airbrush hit the market sometime in May/June.  The “Fifty Shades of Grey” video wasn’t a foreshadowing of GW’s grey plastic sprues switching to colored plastic. Just that their line of painting support would help people get their miniatures looking the way they want them.

Keep in mind that right now all of this is just rumors and wishlisting from the community.

Faeit 212 quoted the following from “an anonymous source”:

No colored plastic.
Instead of a new massive paint release in May/June (the timeline was mentioned and not confirmed by the other sources). This will be a huge expansion of the current paint range.
This will include airbrush paints with the return of old paints and a new “blending” type of paint that will be very slow drying. 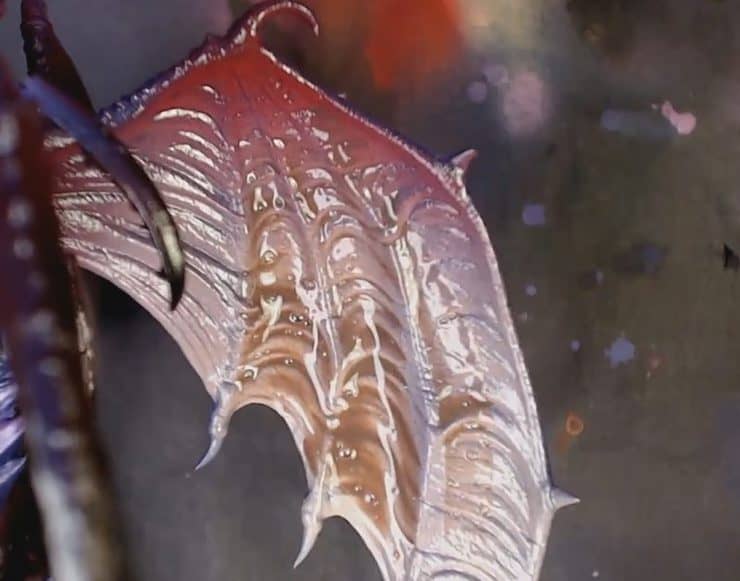 Overheard at adepticon that well-known painters have been working with GW to help create the new paints and some of them will be new formula washes that act more like acrylic pin washes and leave no staining on flat surfaces.

Rumors From GW at Adepticon 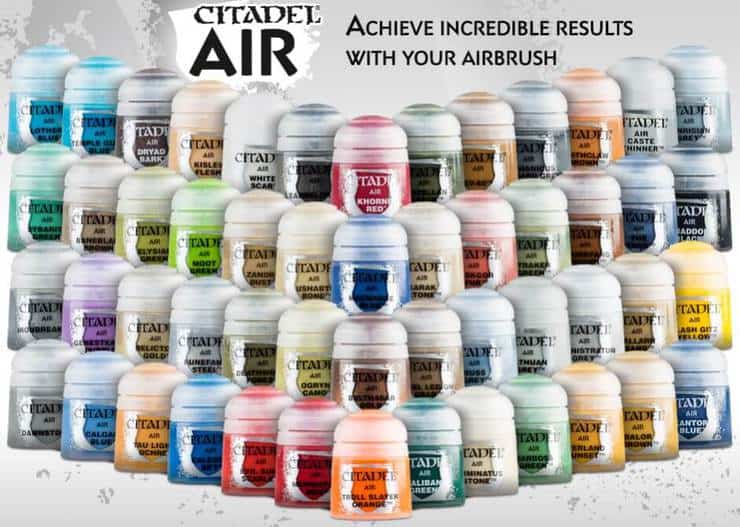 Adepticon 2019 is over, but on several occasions, a certain GW hobby presenter was overhead asking people if they had access to an airbrush when fielding questions on how to paint certain things.

Could this had been done to get sort of a “census” from the hobbyists to see if a Citadel airbrush would be a step in the right direction for GW?  They already have a complete Airbrush line of paints already, so an Airbrush may not seem too far out of the realm of possibility TBH. 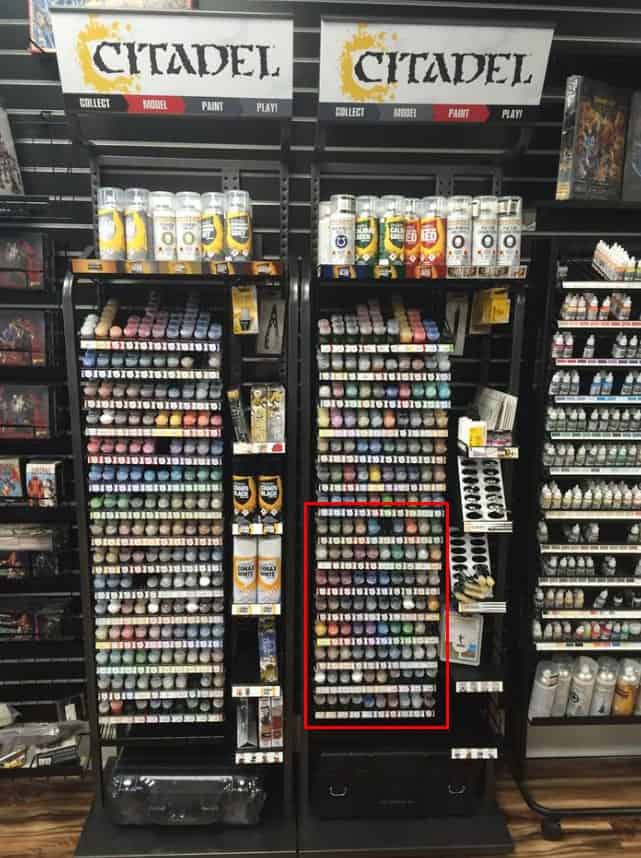 We would also like to point out the that current dual GW Retail paint rack configuration has a ton of open slots in it (in the red area above) still for paint pots that are currently housing duplicate paints from their line.  It could in theory easily accommodate new paints upon release.

Spotted in April’s 2019 White Dwarf, we can see in the review From The Dark Artisan that there is indeed an Airbrush pictured in the Horus Heresy Master Class Section. 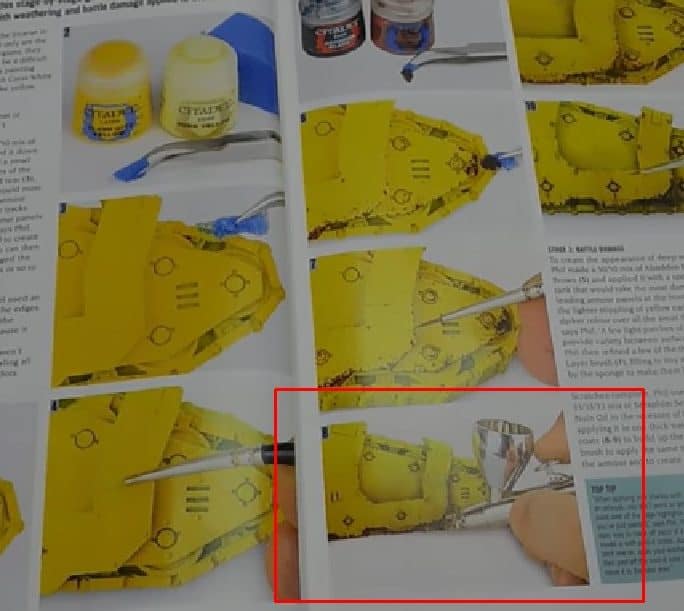 You can easily make out an airbrush showing how to detail a Forge World Sicaran.

So what does that mean? Well, to be honest, it could be something but maybe nothing at the same time.

You see it’s nothing really special to see airbrushes pop up under Forge World articles or books. However, when you pair it with the rumors from earlier, could we use this to guess what we’ve got coming our way new release wise?

If we go back a few years to the last Forge World Masterclass book, they use an airbrush throughout the tutorials. 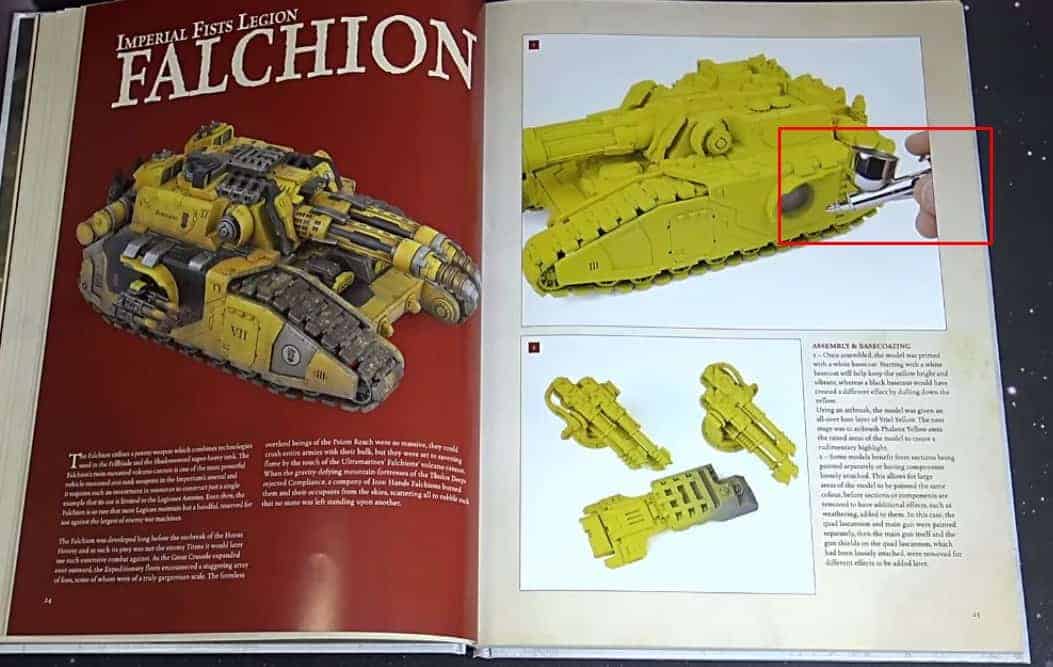 It might seem like an outlandish thought at first. However, Forge World has actually been using airbrushes in its content for a while now. We think that GW likes to pride themselves at still being able to preview some beautifully painted models that are all done by hand.

However, their sister company has no problem with using an airbrush, which makes sense given the size of the models available from Forge World.

So all in all, this looks to just be more smoke where there may potentially be a “fire” of great new painting products coming soon from Games Workshop.

What do you think the potential quality of a Citadel airbrush would be? Would they market it as “a good starter airbrush”? How do you prefer to paint your minis? Let us know in the comments of our Facebook Hobby Group. 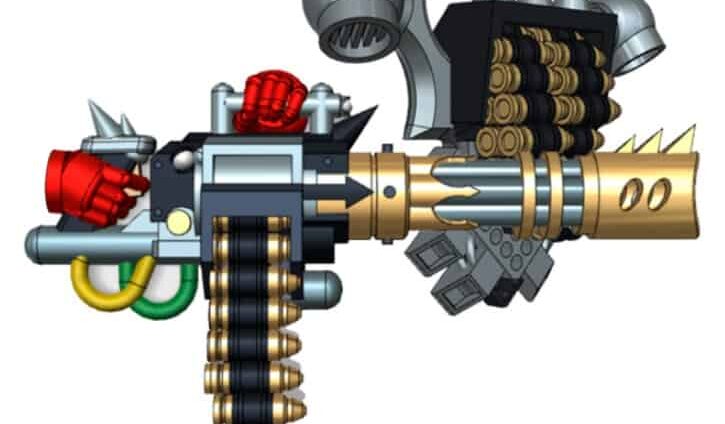 PREV ARTICLE
« Need Chaincannons for Your Army? Save Time & Money With These 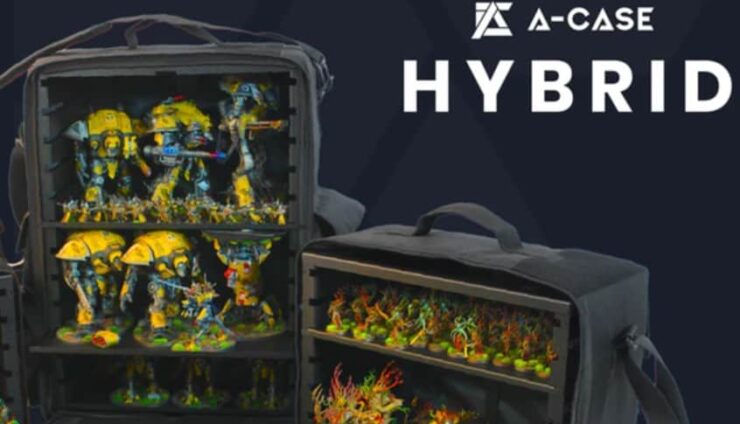 NEXT ARTICLE
Don’t Miss Out On The New A-Case Hybrid Kickstarter! »
If you buy something from a link on our site, we may earn a commision. See our ethics statement.