Don’t miss the winners and losers from 40k’s big September FAQ! Chapters were brought up to speed and rules were clarified. Check out the latest on 40k.

While we covered a few of the clarifications in an earlier post, the individual updates finally hit for some factions. We will be looking at some of the key changes but be sure to go into your army’s section to get the full scope of the updates. 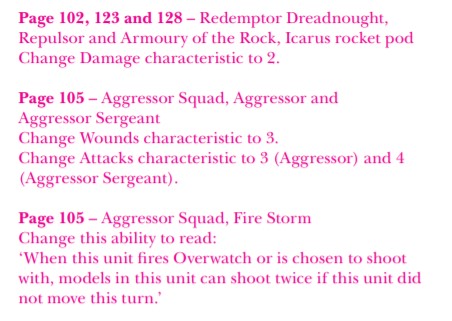 In the first batch of changes, Aggressors got an extra attack with their fists. Tacking on the bonus attack for Shock Assault these guys will be able to pummel things into the ground even more.

GW also made an official statement showing that Drop Pods across the board can come in on turn 1. They get around the Tactical Reserves rule.

Flamestorm Cannons on all Land Raider Redeemers’ range were updated to 12″ across the board. 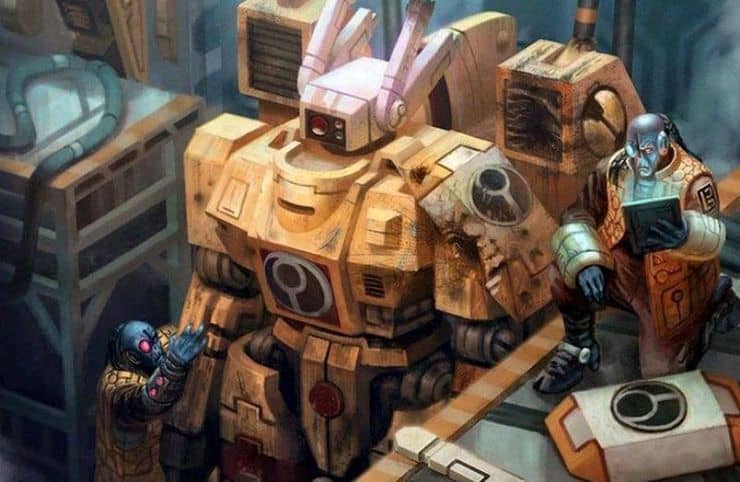 Tau were reigned back a bit only allowing for a repair once on any turn. This way it can’t be spammed in each phase.

As if Drones weren’t already a problem, they look to have gotten stronger. Weapons that inflict mortal wounds in addition to normal damage have their damage converted into a single mortal wound and one Drone dies. On top of that, if an effect like Tremor Shells slows a target, the unit you shoot at isn’t affected. The Drones take all the debuffs.

The way it’s worded in the book, it looks like you can bring units in this way on turn one. However, they have to come in at the earliest on turn two and you can only use it once per battle. 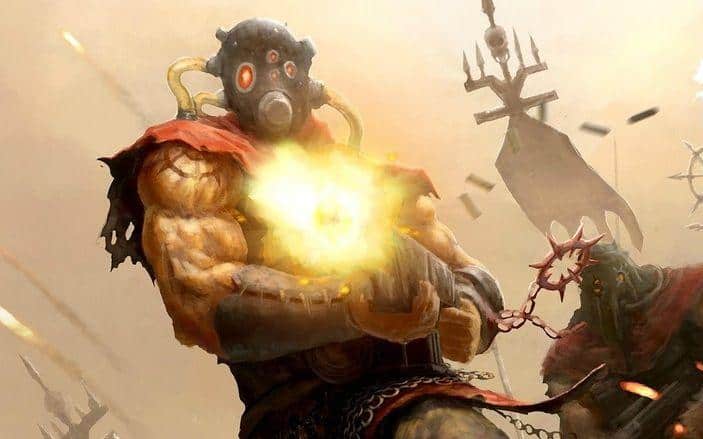 Even though Cultists, Poxwalkers and Tzaangors share the Heretic Astartes keyword, they don’t get the Hateful Assault +1 attack. This is good news as Tzaangors could have gotten a little crazy with the Dark Matter Crystal.

And there you have it! These are the top highlights we pulled from the changes across all of the factions. Again be sure to make sure you check out all of the changes that made their way to your faction. So with this all covered, what do you think the biggest change is? Did your army get better or worse? 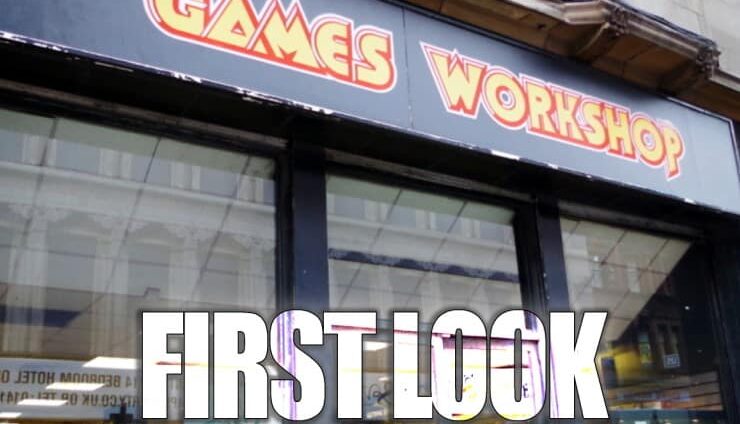 NEXT ARTICLE
New AoS Cities of Sigmar Faction Rules SPOTTED »
If you buy something from a link on our site, we may earn a commision. See our ethics statement.