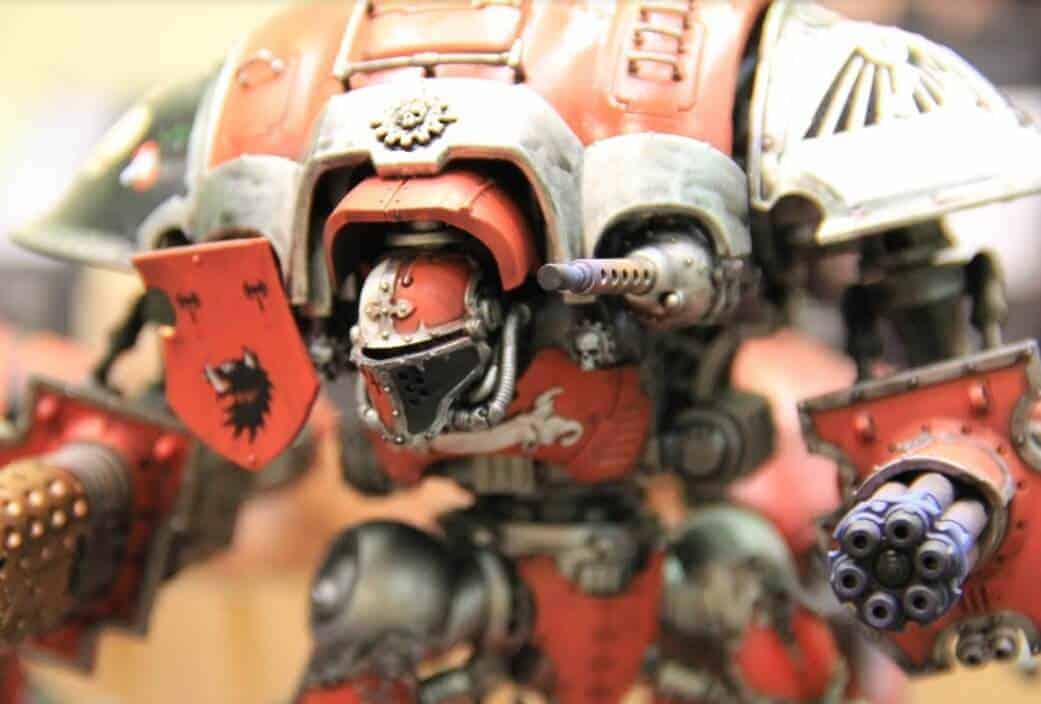 The 2020 LVO brought some incredible armies from all factions in 40k. Check out these top 10 Imperial collections spotted on the tables!

The 2020 LVO brought players from all across the world to roll some dice under one roof. With the meta healthier than ever, we saw some incredible armies from the event. Take a look at these top 10 Imperial Armies. 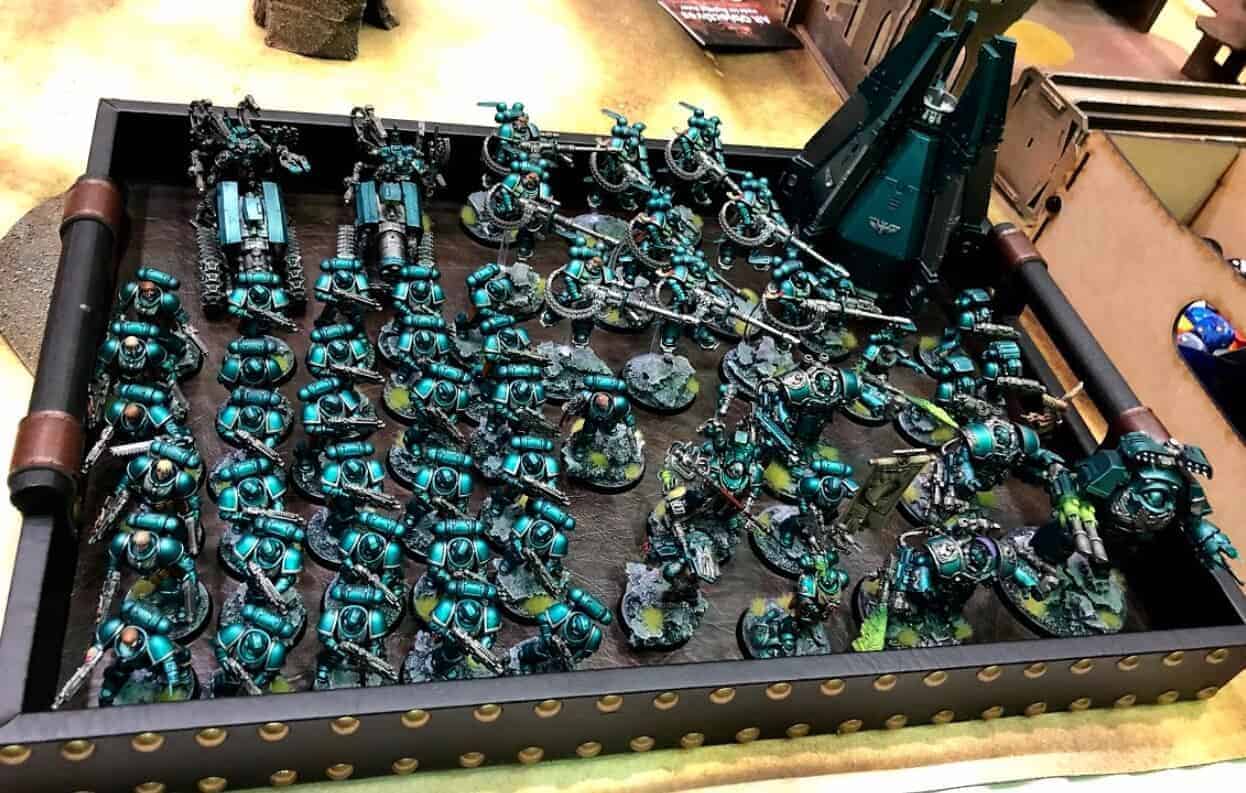 Painted up in Alpha Legion blue, it’s hard to tell which side of the throne this army sits on. But the real answer is the winning side. Take a look at the flames spewing out of the Centurions and all the basing on the models! 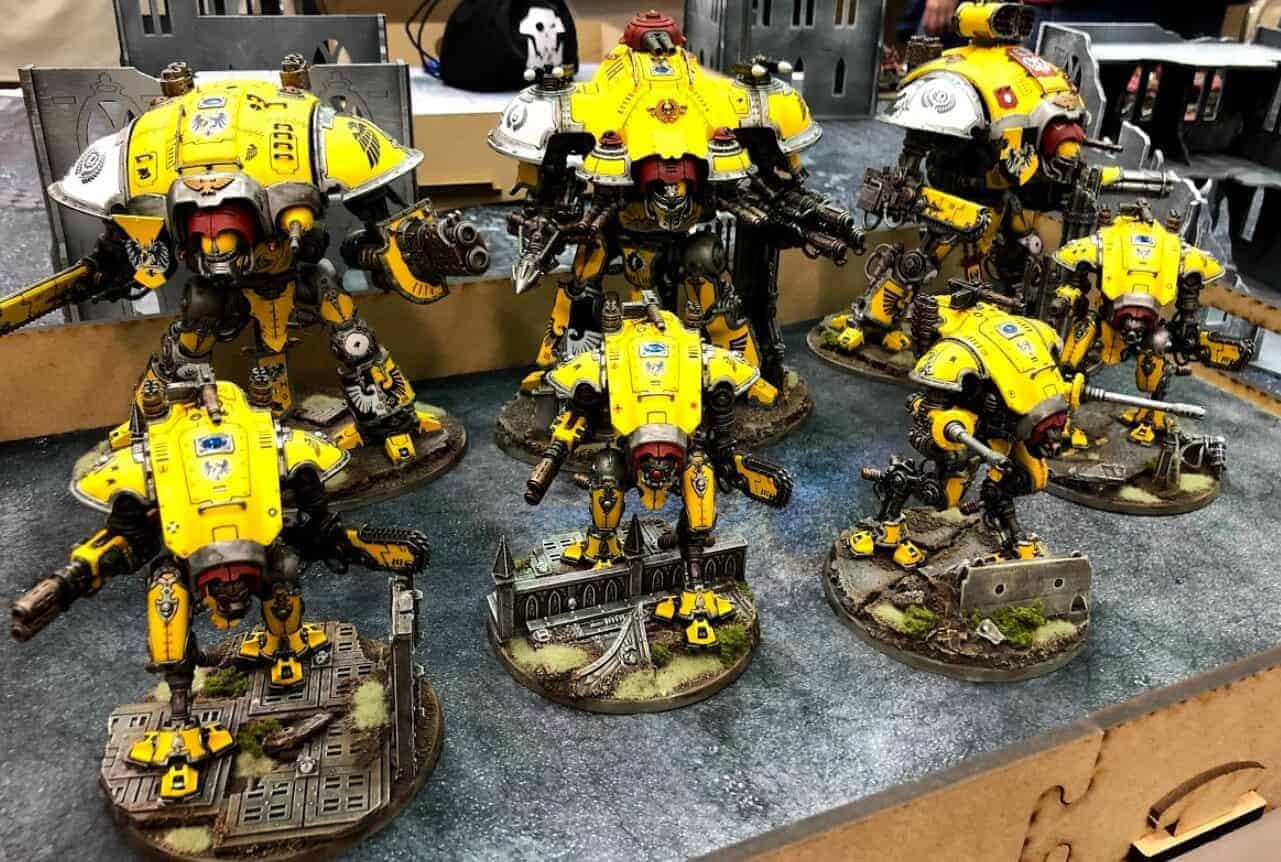 On the more elite side, this faction rolled out some of the biggest, meanest, yellow-est Knights they could find and put them in a single list. 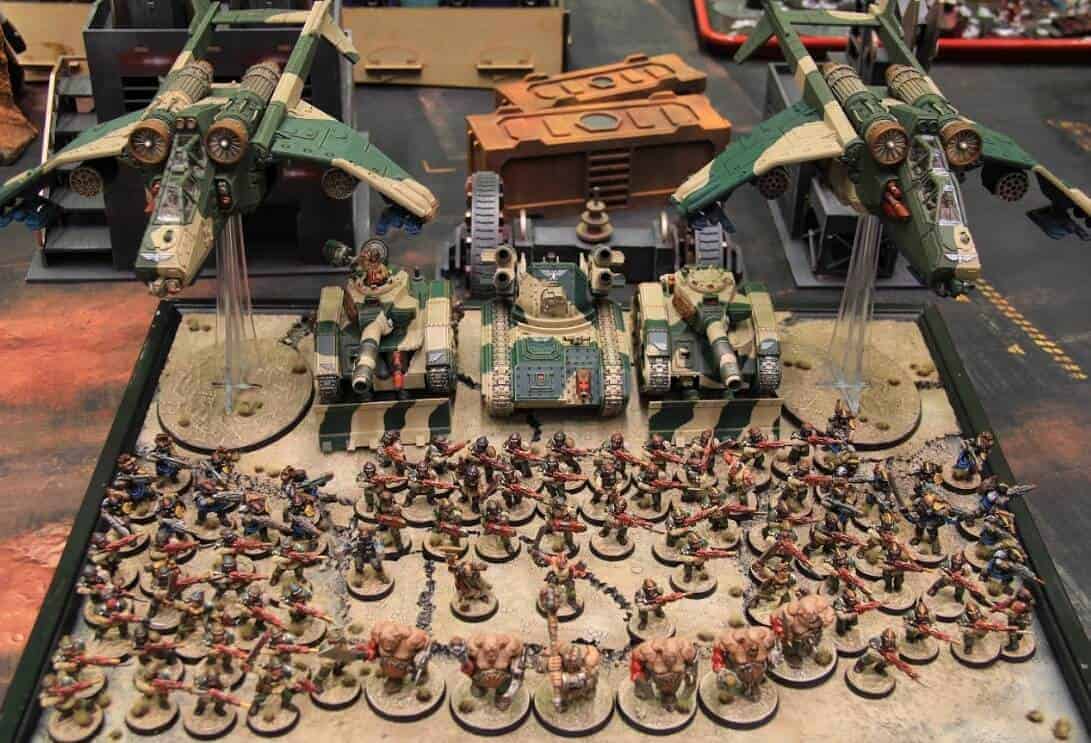 Imperial Guard made use of some Bullgryn using the Ogor models in AoS and threw them on a dessert display. 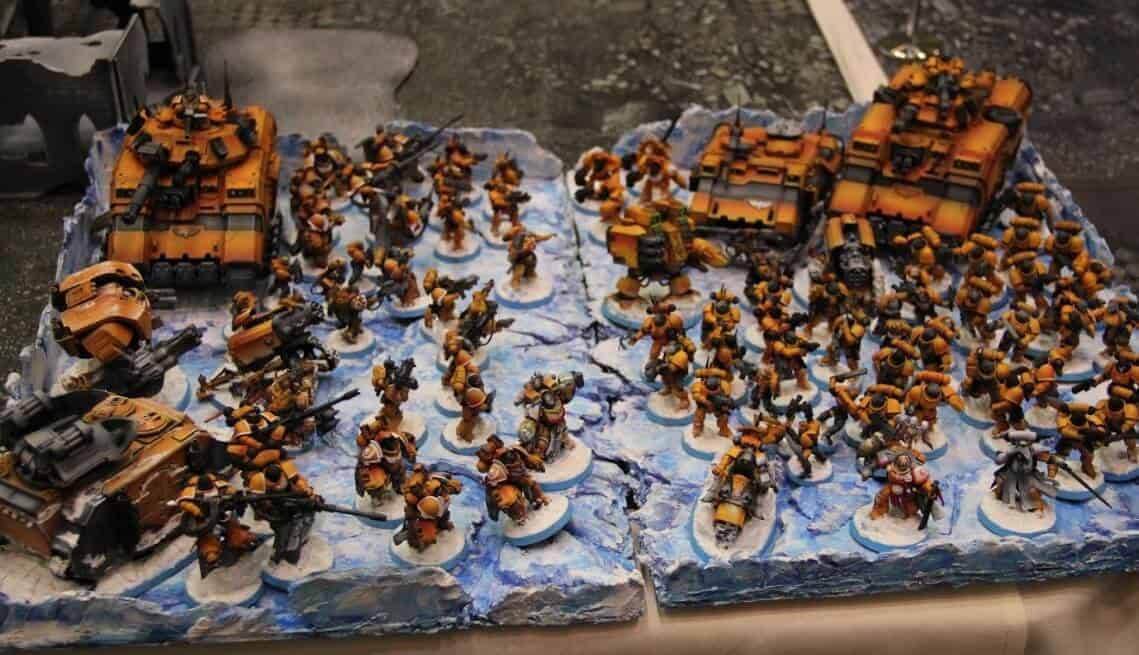 One of the coolest color palletes we’ve seen in a while, these orange Space Marines were spotted trudging across an icy display. 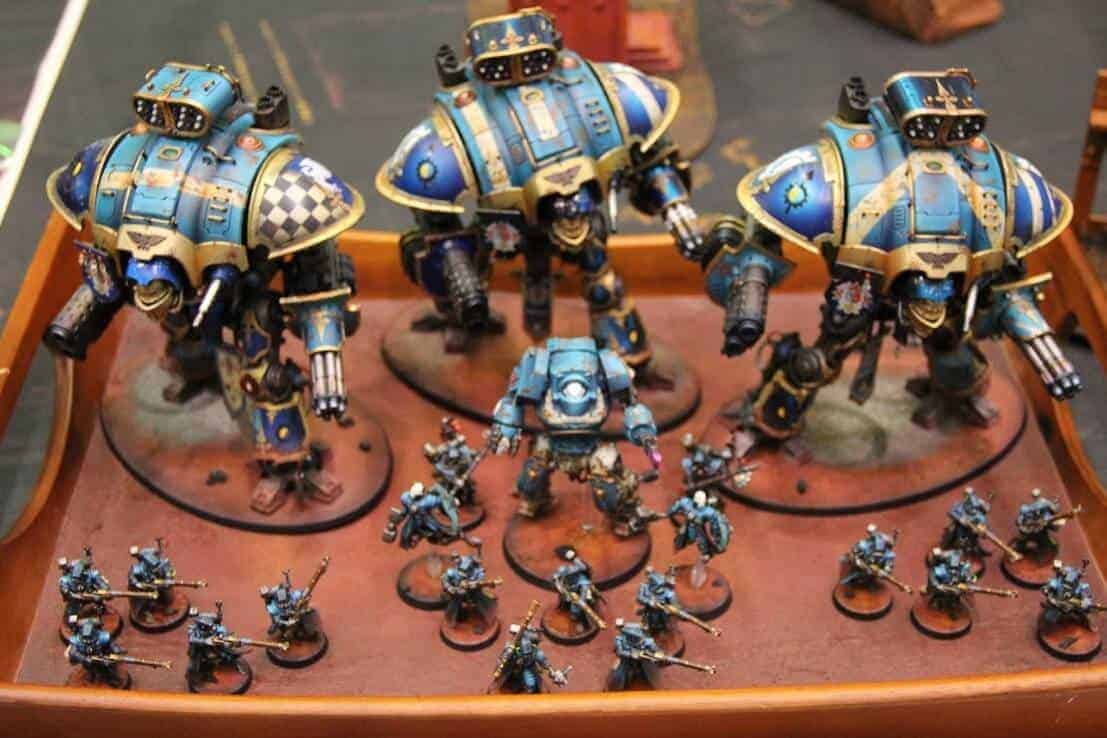 Using the classic cheap Admech Battalion and some other choice units from the Blood Angels, this list rolled out Knights and some dope character conversions. 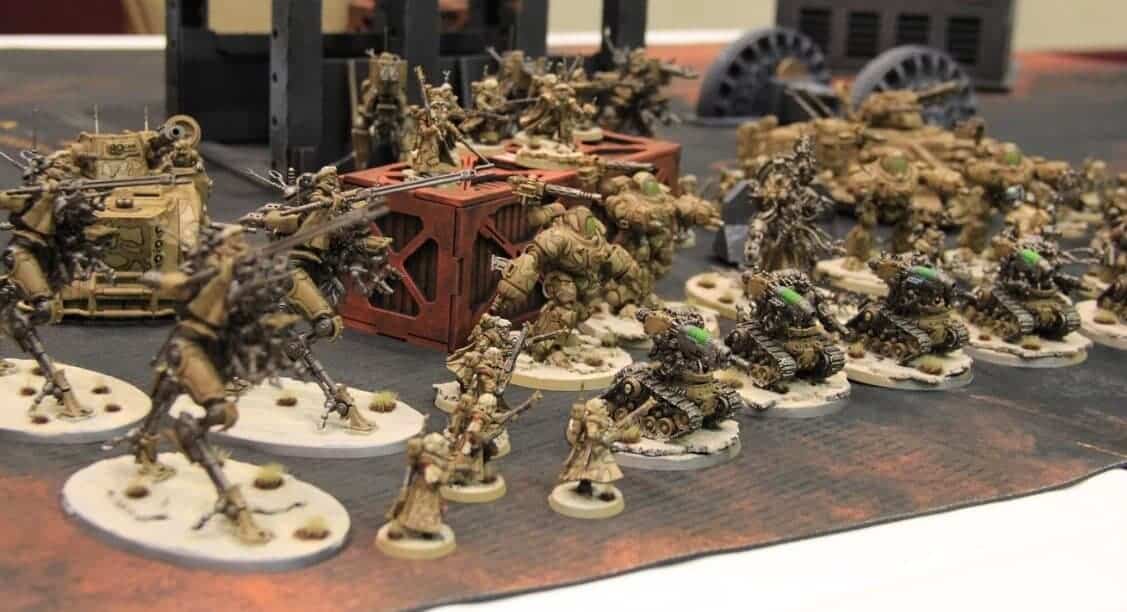 Looking at one of the more unique Admech armies we’ve ever seen, these guys hit the tabletop in hyper-realistic desert camo. 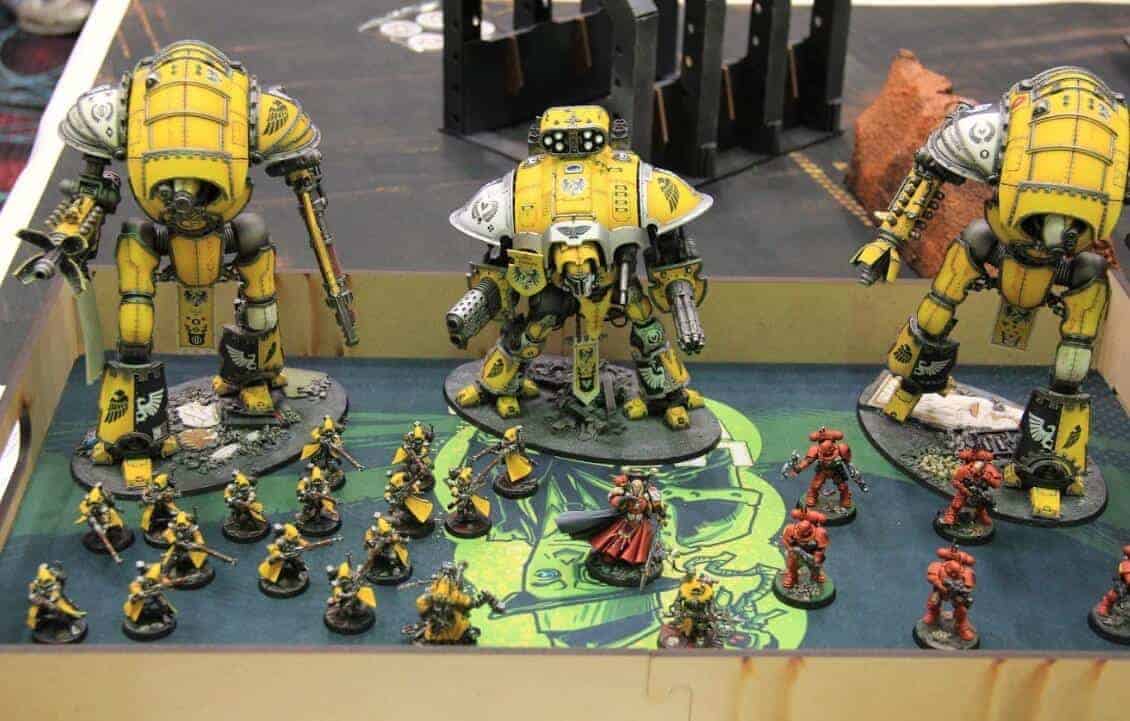 Mephy was spotted leading some unique Knights from Forge World along with some other top units out of the Admech codex. 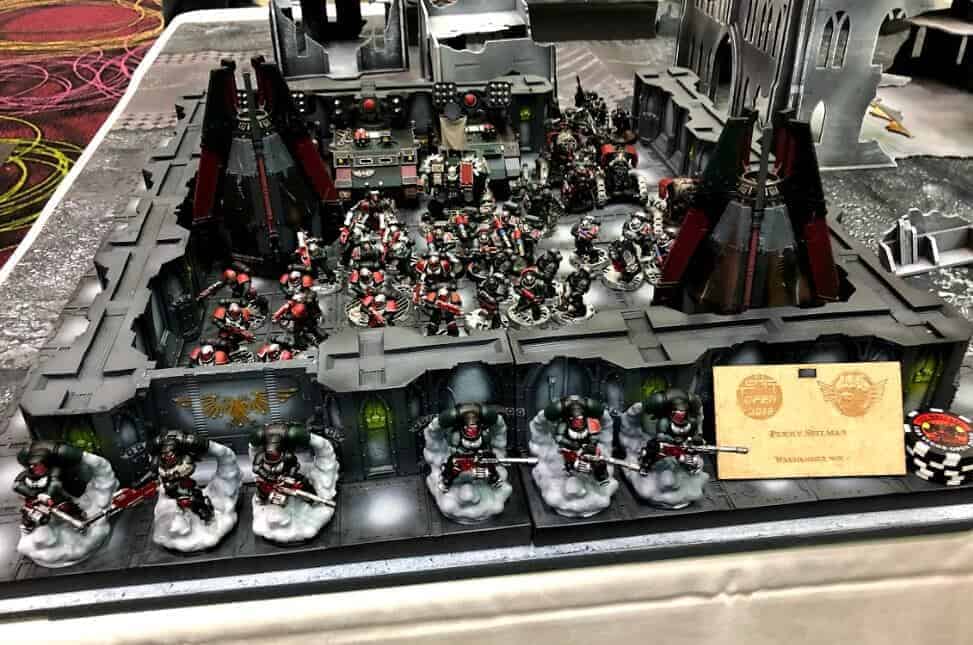 Bringing up a more intense display board, this Zone Mortaliz block is absolutely full of Primaris models decked out with conversions. Take a look at the Suppressors with smokestacks coming from their jump packs. 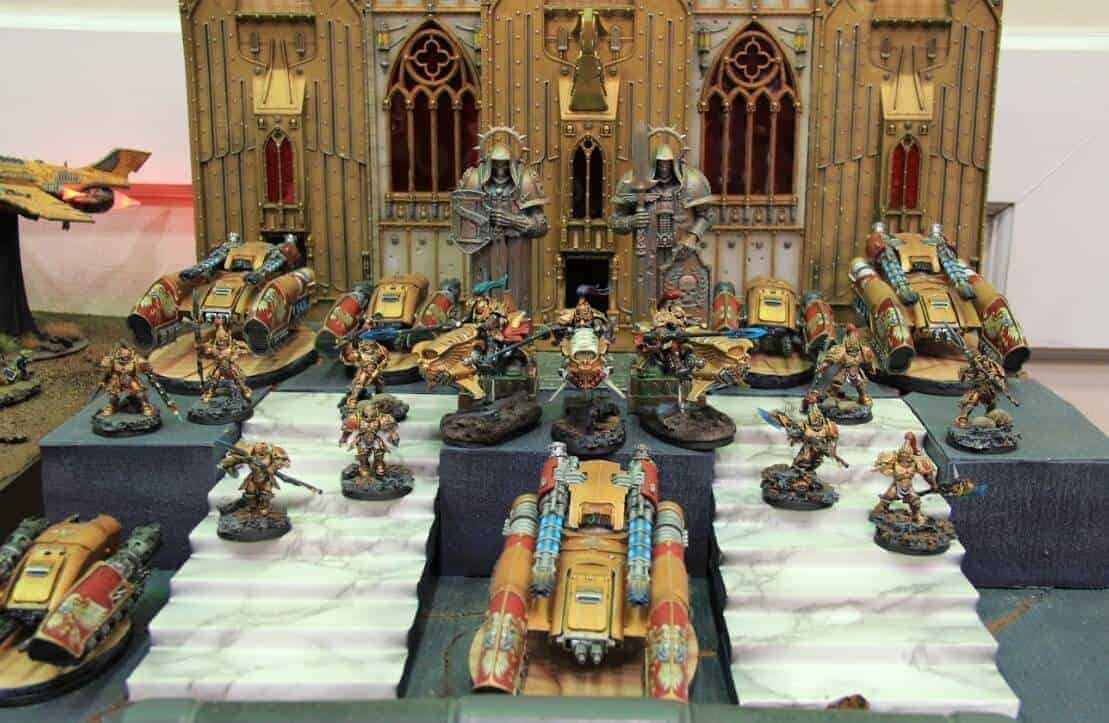 Custodes were posed walking out of an Imperial palace and onto some marble staircases. But check out the level of detail on each vehicle. 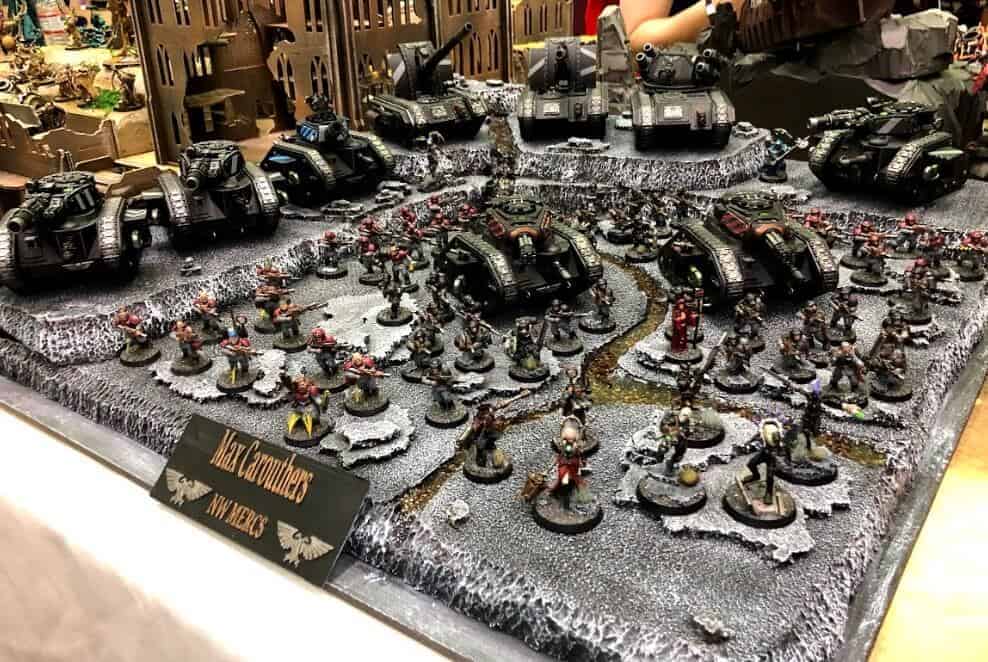 Finally, the Imperial Guard was spotted giving some outrageous fire support from Leman Russes and Basilisks at the event. Props for using the same kind of basic material and you did with the display board.

We move fast taking pictures at events. If this is your army and would like credit for it, email us at Support@Spikeybits.com

There were so many armies spotted turning heads on the tabletop, not all of them could make this list. But of the ones given the spotlight above, which is your favorite? 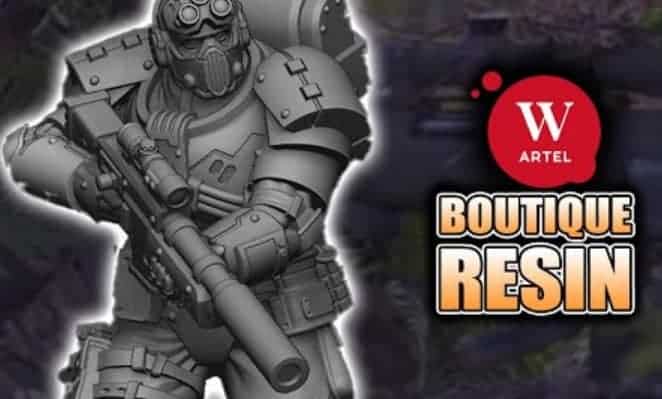 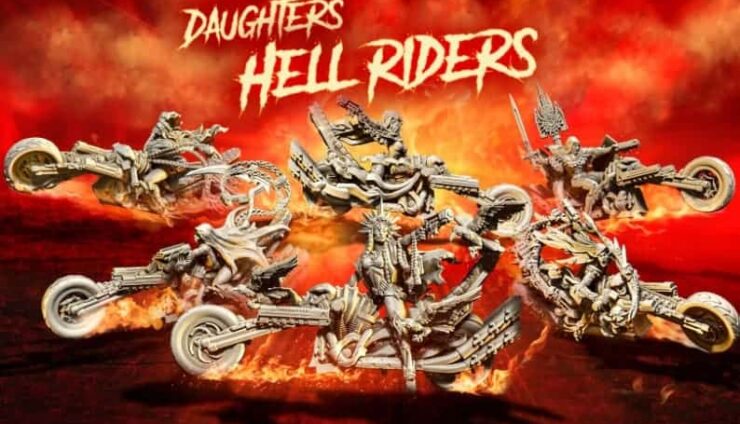 NEXT ARTICLE
New Daughters of the Crucible Releases From Raging Heroes »
If you buy something from a link on our site, we may earn a commision. See our ethics statement.