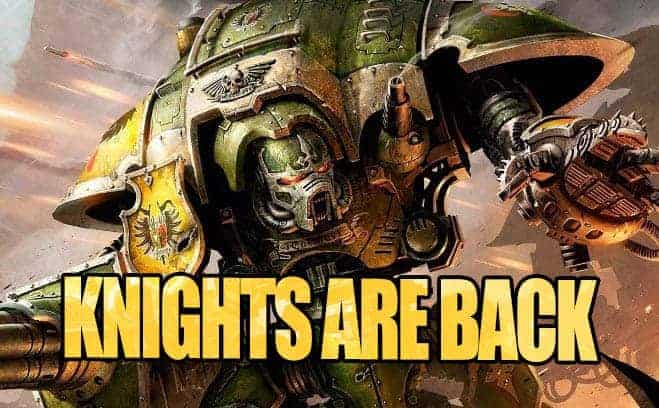 Guess who’s back! Knights in 40k have been a hit ever since their codex dropped. But it looks like a new list may be here to replace the old Castellan spam.

Don’t call it a comeback, Knights have been here for years!

The Castellan has its uses for sure. It’s a single T8 platform that takes up almost half of a list’s points and is capable of dumping insane amounts of damage. However, after its “NERF”, a new Knight list looks to be taking the spotlight. 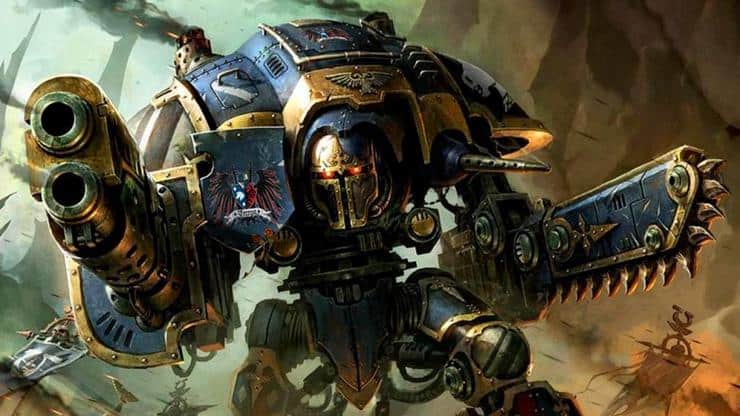 So why bring Crusaders over a Castellan? 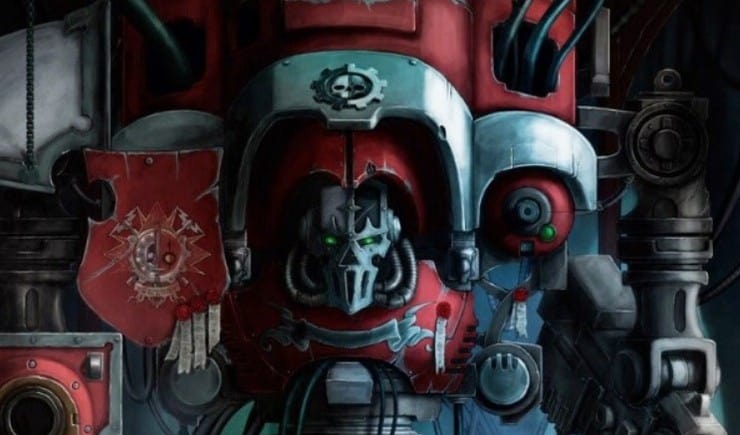 With a triple Crusader list, you have the added benefit of having three bodies over the one that you’d get from the Castellan. This frees you up to take multiple objectives as well as create a target prioritization dilemma for your opponent. If you’ve got a Castellan, your opponent knows he has to deal with it or get tabled. If you bring three Crusaders, your opponent is forced to focus one down before moving to the next.

On top of that, you’re bringing triple the amount of guns in your list. This frees you up to split fire on a whole new level from what you could with a Castellan. Getting Butcher’s Bill should be a breeze with this list.

Why take the Moirax Armiger with Lightning Locks? 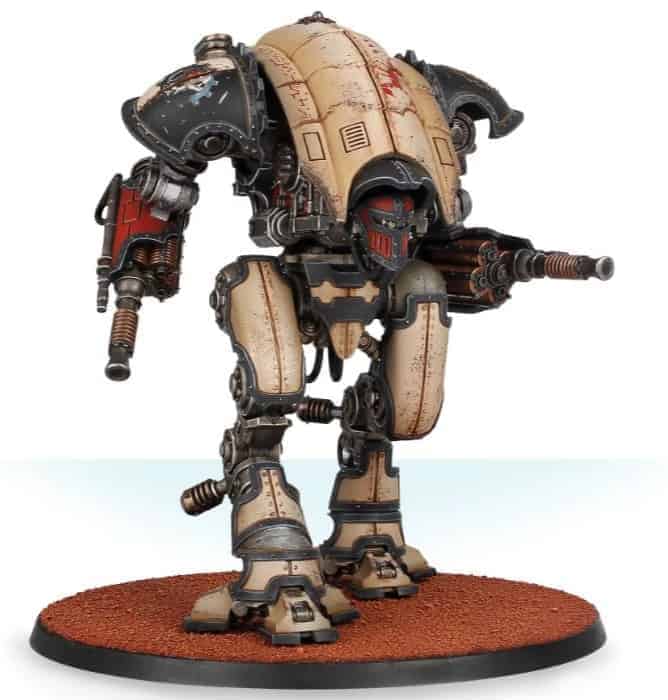 The Moirax Armiger is a semi-new unit from Forge World. It uses a regular Armiger chassis but has a whole host of exclusive guns. The hottest one we’ve seen so far looks to be the lightning locks. 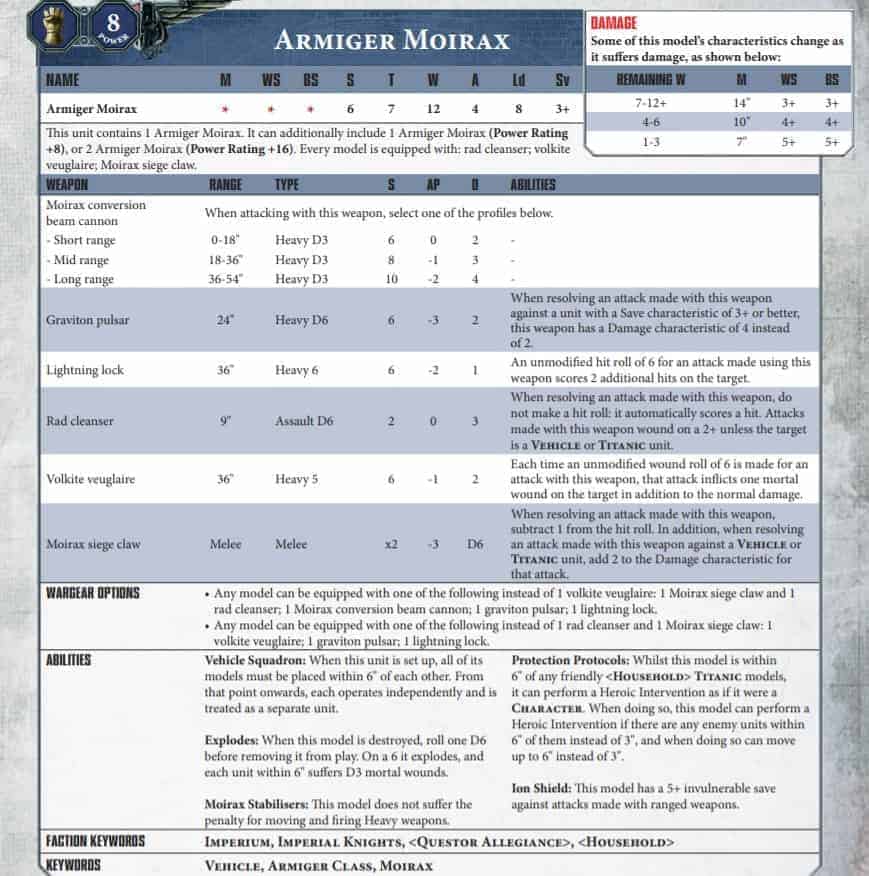 Because Knight lists are running only a handful of models, you need to have a way to deal with screens. Each Armiger is able to pump out 12 S6 shots with an AP that should negate any armor save from a screen. But the best part is that 6’s to hit count at 2 hits instead of 1. Keep in mind that even after kitting out your Crusaders with the weapons you want, you might have anywhere between 200-400 pts left over. That can be put towards a Guard Battalion or some indirect fire like mortar teams to help clear screens.

While we’ve seen a rise in Primaris and a fall in Guard screens, the Lightning Lock Moiraxes have fallen off a bit, struggling to kill multi-wound bodies. But they’re still shining when they go against armies like Nids and Eldar.

Why Take 4 Big Knights Over Dipping Into Armigers? 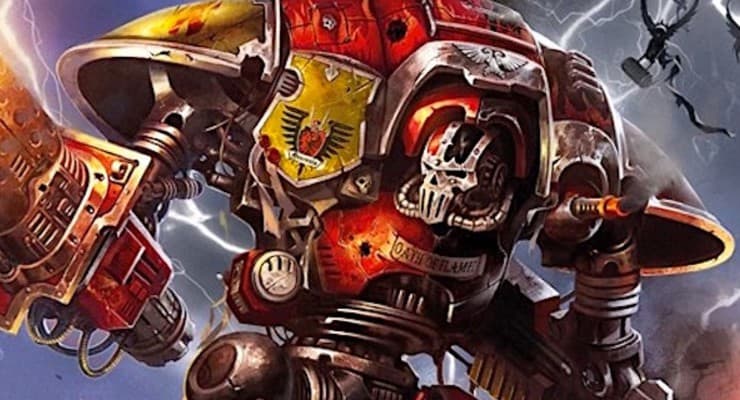 Looking at this recent list from the Battle for Valhalla, an army running four Knights came in 1st place and even outgunned Iron Hands. 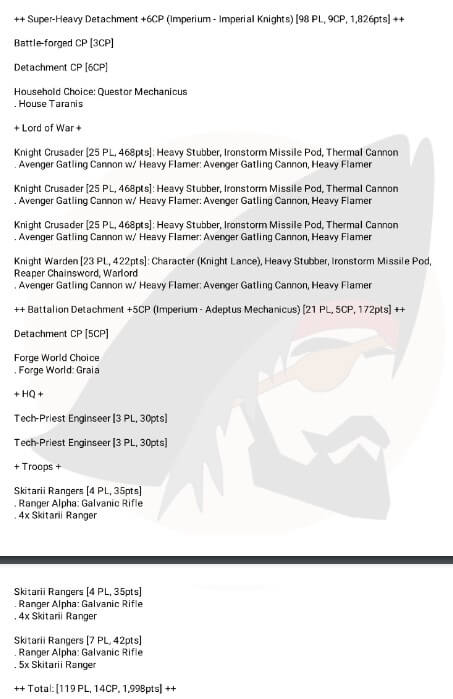 For this list, the tried-and-true Knight Crusaders stomped onto the table in full force. These were armed with thermal cannons to pop enemy armor and avenger gatling cannons to shred Primaris (because it turns out there’s a lot of them running around in the meta right now). One Warden also came to the table bringing another gatling cannon while also acting as the response to something like an enemy Knight trying to charge his friends for melee.

If you noticed, the Warden was made the Warlord. He’s not as big of a threat as the Crusaders because he only has one gun. And that essentially “protected” him from giving up a Slay the Warlord point for a turn or two. On top of that, all the Knights were made a part of House Taranis, which gave them a 6+++ FNP on top of their armor/invuln save. -Just some added survivability.

Because Knights are CP hungry, the leftover points went into a cheap Battalion of Admech and were mainly used to camp objectives while the Knights carried the game! Great job.

Imperial Knights at the 2020 LVO 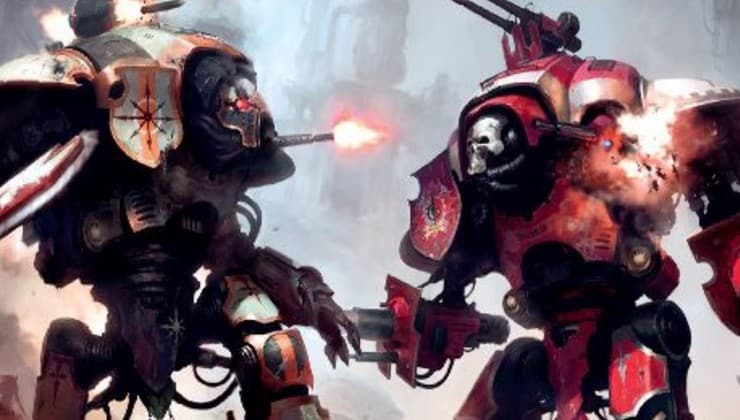 With one of the bigger tournaments of the year under our belt, we’ve got another great snapshot of where the meta is/where it is heading. And thanks to Frontline Gaming, they’ve broken down the statistics of each faction’s popularity, win rates, and more.

Keeping the scope on Imperial knights, here’s how they did. 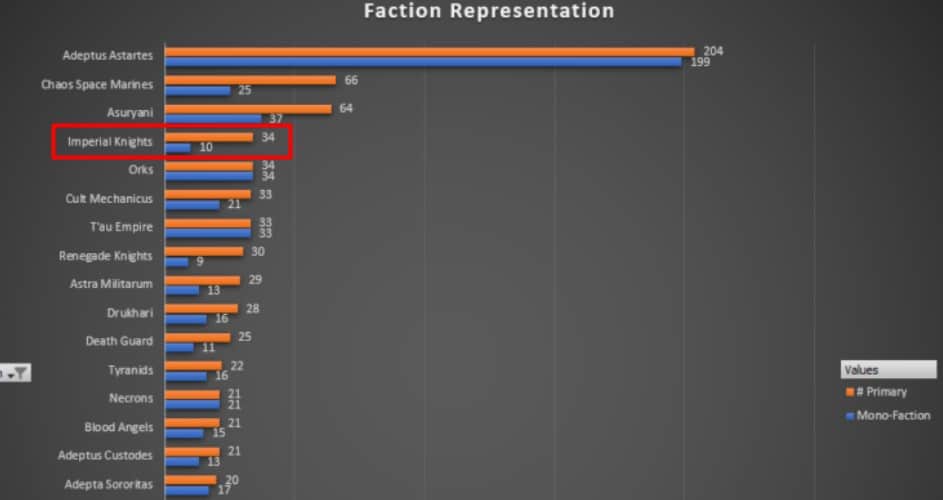 The LVO this year was the largest to date with more than 1000 registrants for the Champs event alone. All told, once last minute drops and no-shows were accounted for, 754 40k players played at least 1 game to completion at the event and the breakdown of lists was not far from what we have been seeing over the last couple of months of competitive play.

We can see that if you DO take Imperial Knights, you don’t want to bring them exclusively. However, making them the primary faction (i.e dumping most of your points into them) isn’t a bad idea. they’re within the top 5 as far as popularity goes. In short, Knights are still on the radar as one of the top-picked armies. But most players run them with another faction for a CP battery.

Looking at the win rates of players who brought different factions, Knights are sitting at a less than 50% win rate which has certainly come down since their codex has aged. But thanks to the avenger gatling cannon, they’re like the Orkin man for Primaris 2-wound bodies and can be a pain for some Astartes lists to deal with.

With the slow downswing of competitiveness in mind, thanks to the absurdity that is Iron Hands and Imperial Fists combined with an aging codex, in a skilled player’s hands, they can still do some damage and remain near the leaderboards at tourneys. We’ve seen multiple spatterings of 1st, 2nd, and 3rd place go to Knight lists from multiple tournaments over the past couple of months. Even overcoming Space Marines.

While it may not be their glory days, they still have lots of legroom (get it?) in 2020 with new rules still to come in their Engine War supplement as well.

After taking a deep dive into the Imperial Knights, how do you think they’re doing in your current playgroup? Are you a sold-out Knight fan that’s still rocking tournaments with T8 goodness?

Let us know in the comments of our Facebook Hobby Group, and sign up to get your free hobby updates newsletter (with discount hobby coupon codes) each morning as well! 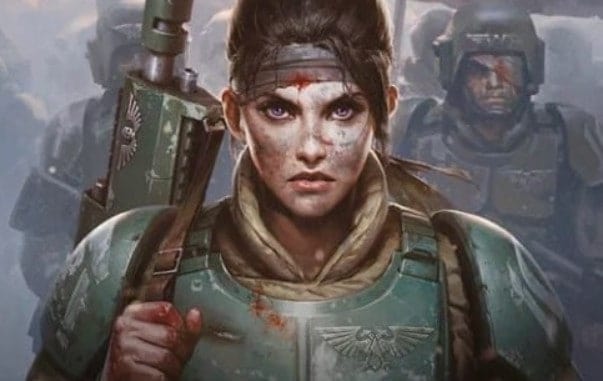 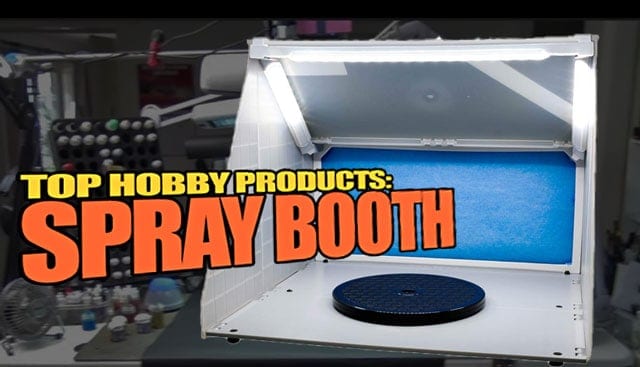 NEXT ARTICLE
Hobby Cleaner & Better With an Airbrush Spray Booth »
If you buy something from a link on our site, we may earn a commision. See our ethics statement.