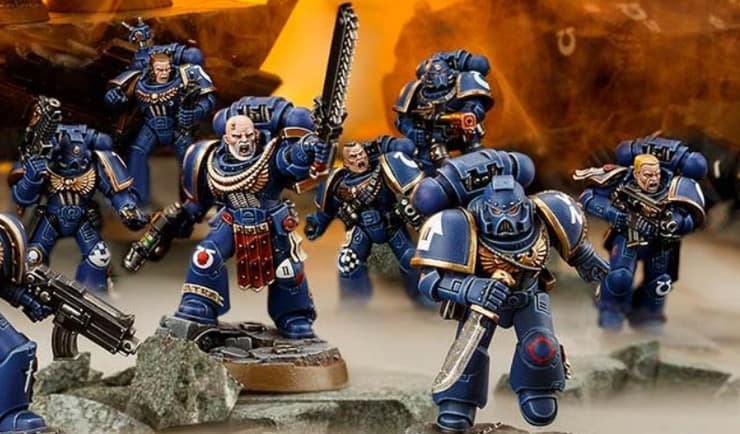 Turns out the GW Yokohama store’s big teaser last week wasn’t for what has turned out to be a very hight anticipated Space Marine Heroes Series 4.

No one expected Chaos Space Marine Heroes for Series 3, but the Death Guard were spotted at the 2019 Shizuoka Hobby Show. GW Japan rarely reveals new models, so it was exciting to think about the possibilities. 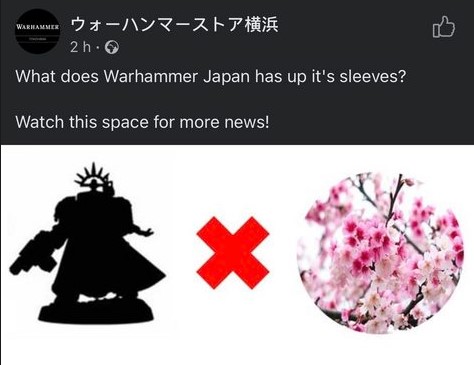 First off, you may have noticed that silhouette is pretty familiar. However, first, let’s talk about Cherry Blossoms. If you didn’t know, Cherry Blossoms only bloom in the spring in Japan, in fact, Japan is famous for its scenery because of the blooming period. They only are in full bloom for 1 week, however, it may not be too beneficial to look that deep into it.

The main takeaways are: Cherry Blossoms are famous (largely exclusively) in Japan and that they bloom in the Spring.

As for the silhouette… 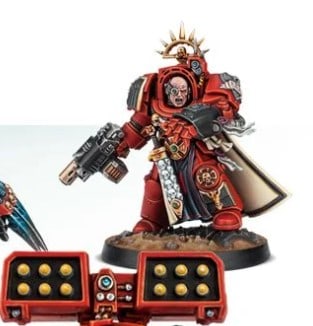 The silhouette is the mystery character from the Blood Angels Space Marines Heroes (series 2). However, what’s important to note about it is that it was the mystery model and it was of course part of Space Marine Heroes.

With that and the Cherry Blossom connections, hobbyists the world over hoped that Space Marines Heroes series 4, would be announced later this spring.

It appears we didn’t have to wait too long to find out the mystery, with Yokohama’s post announcing a painting competition on January 31st.

Get Your Bike Sidecar Now! 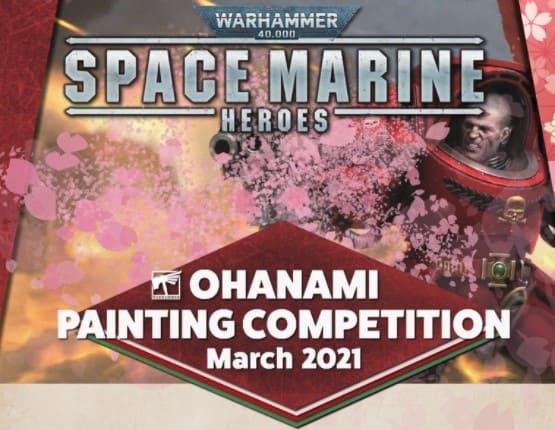 ′′ Space Marine Heroes ′′ Paint Set Resale Memorial! The Warhammer Japan official paint contest will be held at our hobby for spring visit! The Recruitment theme is ′′ Cherry Blossom viewing ′′ and ′′ Space Marine Heroes ′′ Miniature, and we are looking for a ′′ Cherry Blossom Viewing For more details in the image #hanami hammer
While the Images in the post are mostly in Japanese, you can check them out in their entirety here.

Now, this does put a big “?” on the idea of a Space Marine Heroes Series 4 release- at least for now. However, GW does love making their announcements at larger events like Toy Shows for these types of products. With the cancellation of many events and the switch to virtualization, this paint competition might be a good outlet for them to make an announcement similar to Space Marine Heroes 4.

We wouldn’t our hopes up, it’s very unlikely, just technically a possibility.

One thing is guaranteed though, some fantastic minis in Japan will be showcased in March, so look out for them!

Did you pick up any of the previous Space Marine Heroes? Which is your favorite? Do you think this painting competition is the only announcement? 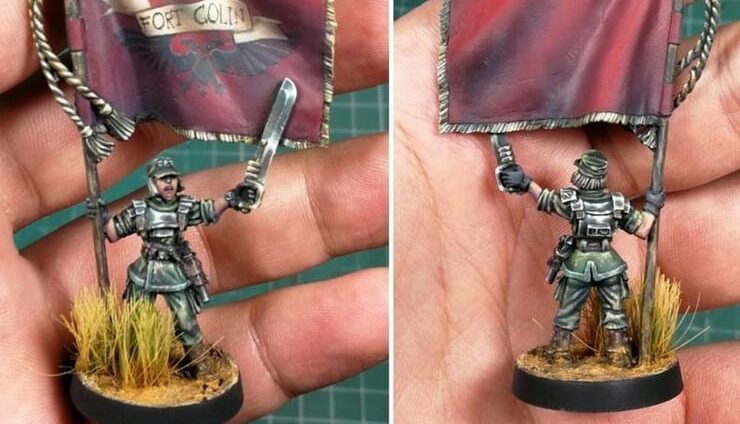 PREV ARTICLE
« Waving the Banner of Humanity: Army of One 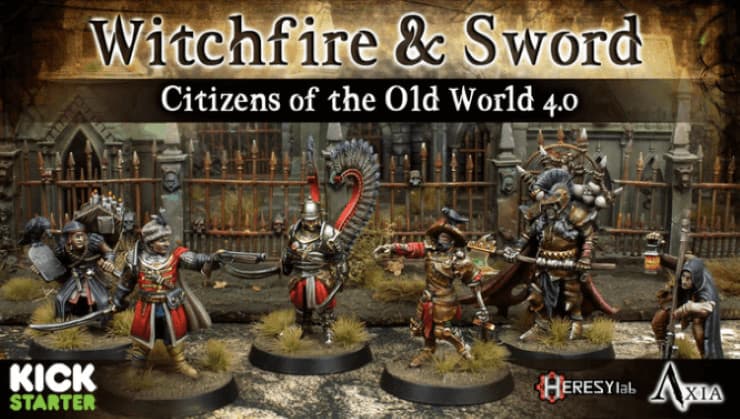 NEXT ARTICLE
HeresyLab Witchfire & Sword Citizens Kickstarter is Live! »
If you buy something from a link on our site, we may earn a commision. See our ethics statement.