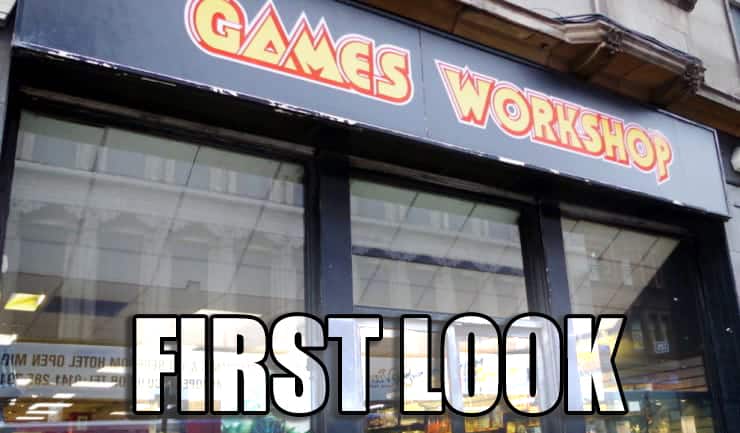 Get those hobby dollars ready if you want any of these new releases from Games Workshop that will go up for pre-order with your favorite retailers on Saturday, February 19th, 2022 around 1 pm EST!

Editor’s Note this post was updated with the pricing and order links for these items after they went live.

Let’s check out the offerings, but keep in mind these are capped at two per store.

The characters are made for Horus Heresy, but since they are plastic, you can kitbash them and easily throw them in your Warhammer 40k armies.

Kicking off the Black Library Celebration are two stunning new miniatures for The Horus Heresy. With such a great beard, Fafnir Rann looks like he could be a son of Russ, but he’s actually one of the stoic Imperial Fists. He’s as unstoppable on the attack as he is unyielding in defence, and his twin axes – the Hunter and the Headsman – will slice through any traitors foolish enough to get close.

Straight outta the Seige of Terra series, two amazing characters are getting models, and hopefully, that means rules in Horus Heresy too. 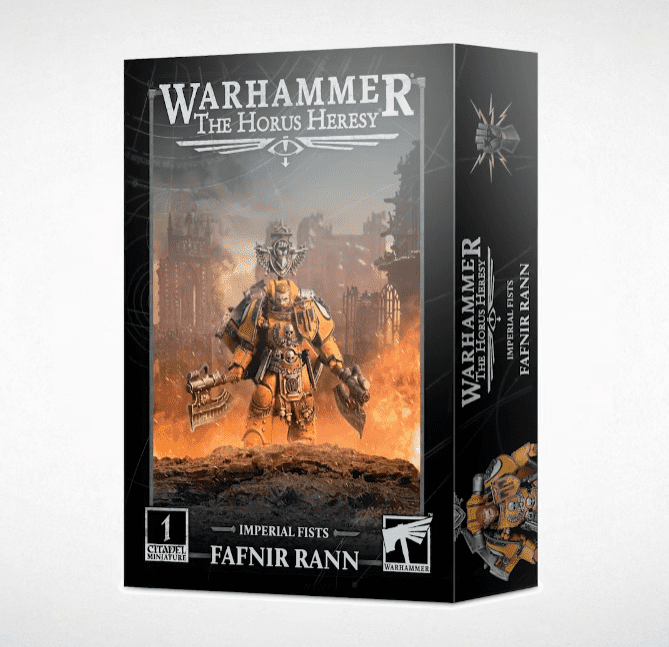 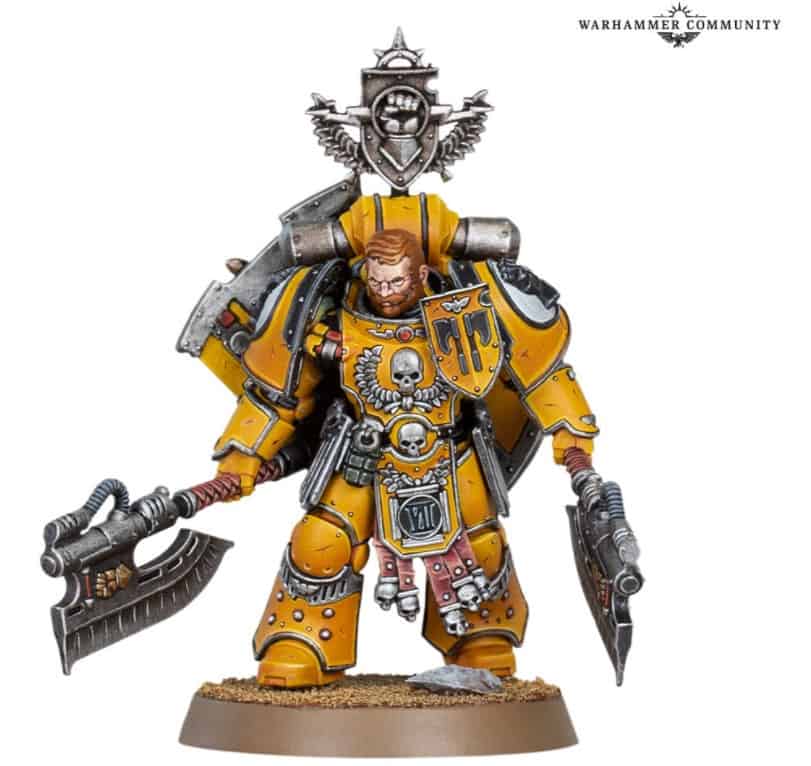 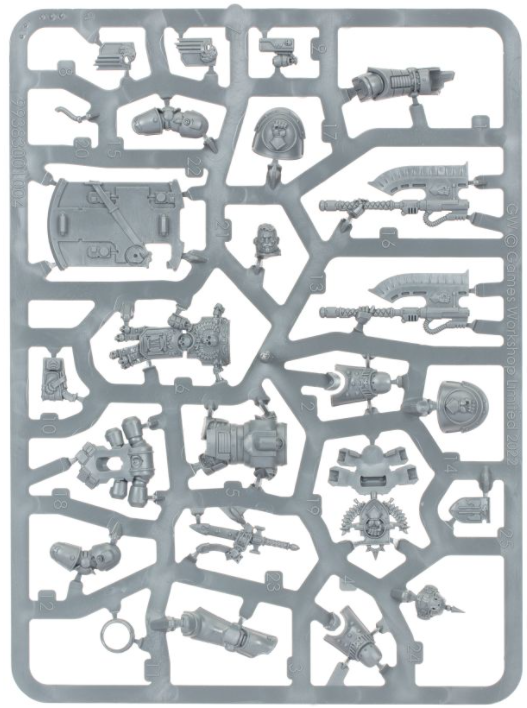 Released as part of the Black Library celebration, Fafnir Rann takes to the battlefields of the Horus Heresy with his twin axes The Headsman and The Hunter. With rules available to download for free on the Warhammer Community website, you can add this brutal and imposing warrior to your Imperial Fists Legion today and make your enemies rue the day they crossed paths with the sons of Dorn.

This kit comprises 25 plastic components with which you can assemble Fafnir Rann. It is supplied with 1x Citadel 32mm Round Base.

He not only looks good, but he’s also devastating on the tabletop. In games of The Horus Heresy, Fafnir can chop his way through Traitors with his twin AP2 axes – the Headsman and the Hunter.

With WS6 and decent stats overall, plus his axes, he should be able to dish out some damage! Plus, he has plenty of wargear and special rules, we’ll have to see how the points cost plays out after a few games though.

He also increases the Weapon Skill of any Legion Breacher Siege Squads and Phalanx Warder Squads when they charge. What’s more, he has a special rule called Executioner’s Tax, which forces enemy units to suffer automatic hits whenever they are foolish enough to charge him.

Buffing up troops is always nice, especially considering it’s just a global buff. Then getting to take units as troops is always a serious plus when you need those slots for something else. Charging him will be a tough option as the enemy will on average suffer 5 Strength 5 attacks!  Download the Full Rules Here! 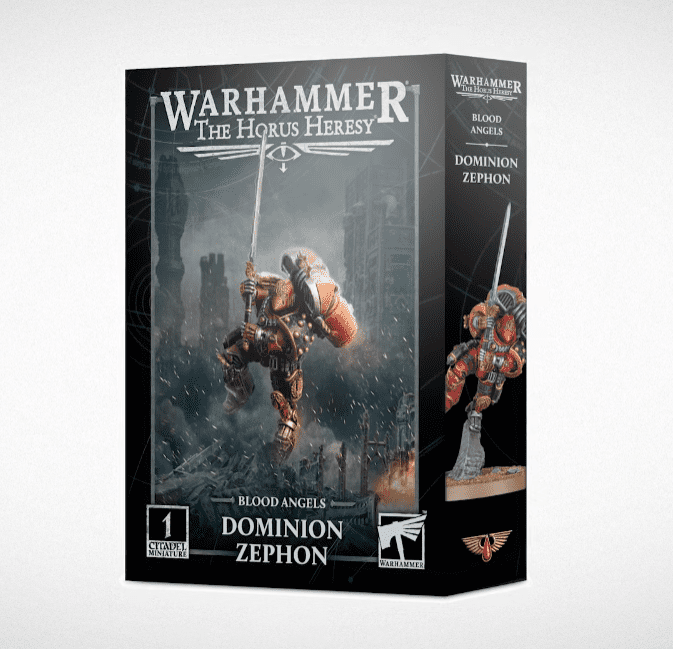 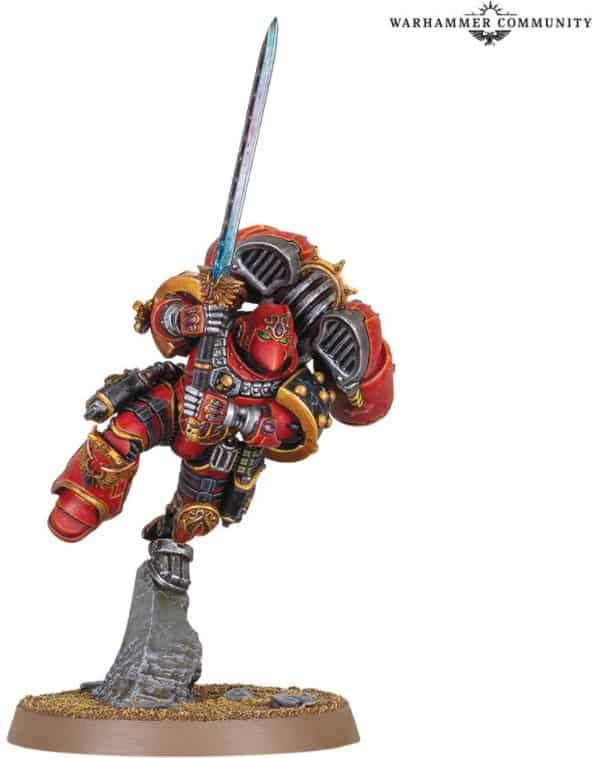 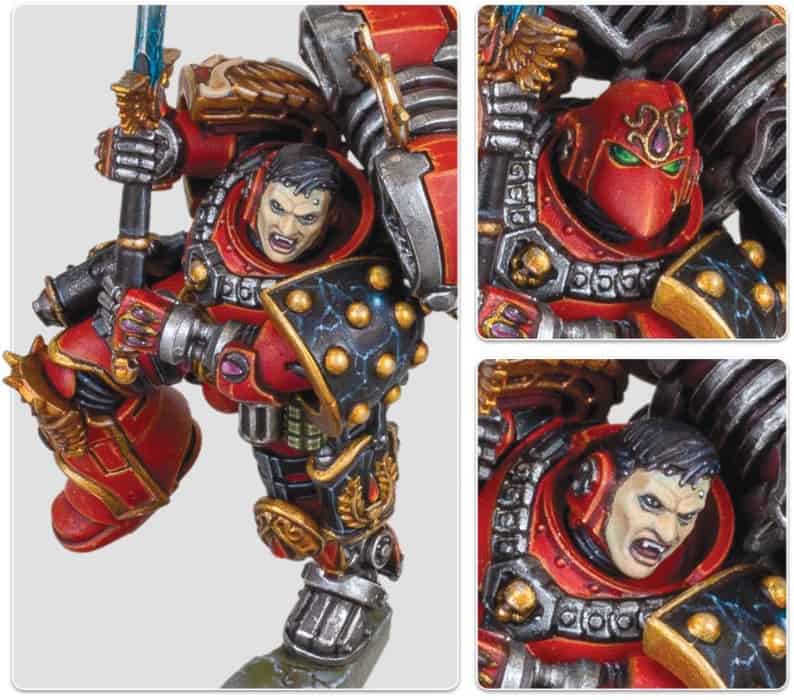 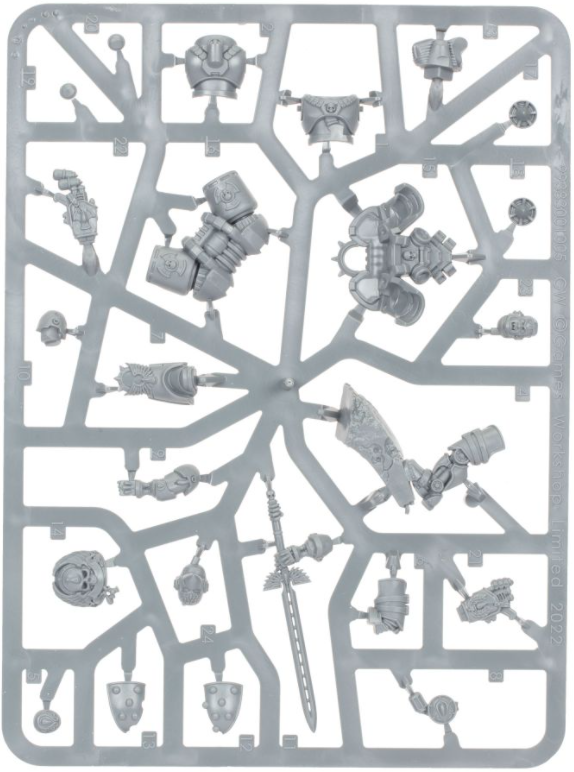 Released as part of the Black Library Celebration 2022, Dominion Zephon leaps into battle with the aid of bionics designed by Arkhan Land, his jump pack and armour resplendent in Blood Angels motifs. He is armed with his greatsword, The Spiritum Sanguis, and twin volkite pistols, named Lament and Grief. His rules are available to download for free from the Warhammer Community website, letting you add the Bringer of Sorrows to your Blood Angels battle hosts.

This kit comprises 24 plastic components with which you can assemble Dominion Zephon. It is supplied with 1x Citadel 40mm Round Base.

He also carries the Spiritum Sanguis, a brutal two-handed sword presented to him when he left to join the Crusader Host. It hits at AP2 and provides an extra attack when more than one enemy model is in base-to-base contact, rewarding you when you get stuck in.

He has a decent stat line and with his giant sword, he should be able to dish out the damage, plus he has a jump pack, so what’s not to like? 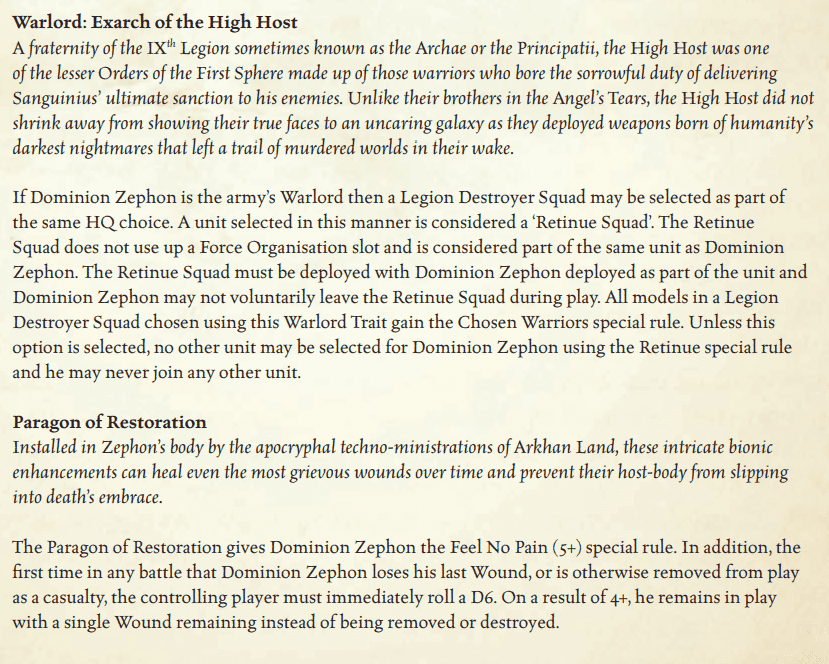 In-game, Zephon’s role as Exarch of the High Host means that he can take a Destroyer Squad as a Retinue to accompany him as he zips around the battlefield melting traitors with twin volkite serpenta pistols known as Lament and Grief.

Taking a retinue of Destroyers is pretty sweet and with his ability to come back to life, he’ll probably be really annoying to deal with in a battle to say the least!  Download the Full Rules Here!

Are you excited about the new releases? 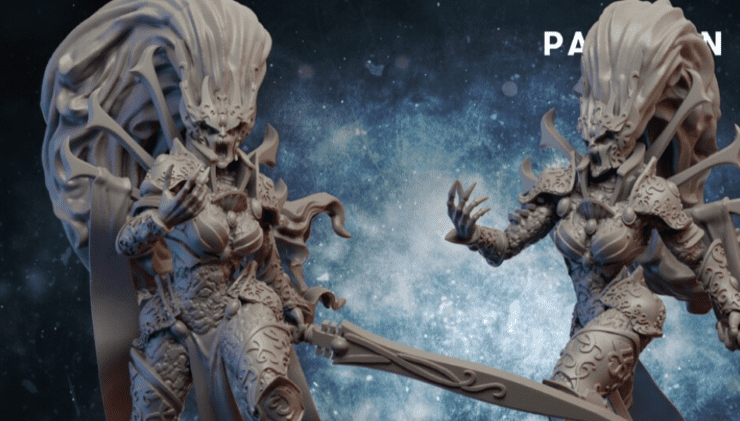 PREV ARTICLE
« Get Started on Your Alternative Avatars Now!

NEXT ARTICLE
Warhammer 40k Eldritch Omens: Unboxing & Build »
If you buy something from a link on our site, we may earn a commision. See our ethics statement.