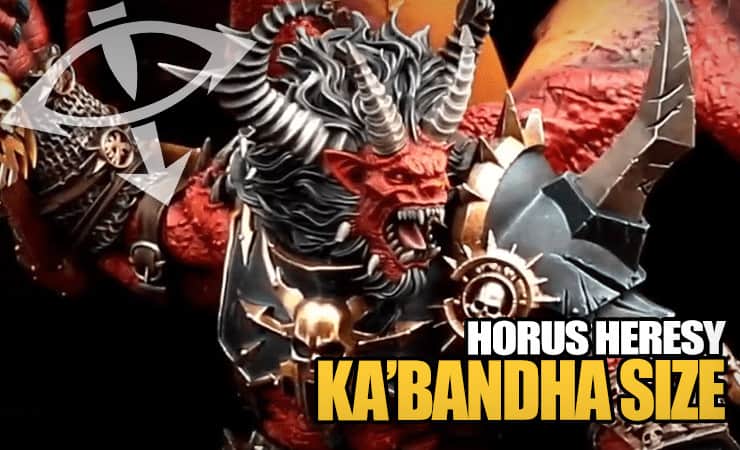 This is a big boi, check out the Chaos Horus Heresy Forge World Ka’Bandha miniature size and a cool unboxing from the Horus Heresy Open.

Revealed at the LVO the new Ka’Bandha miniature was touted as the biggest character set from Forge World for the Horus Heresy, and they may be right on the money… Now, we saw more pictures from the Horus Heresy Open during Warhammer Fest which confirm just how big the model really is! 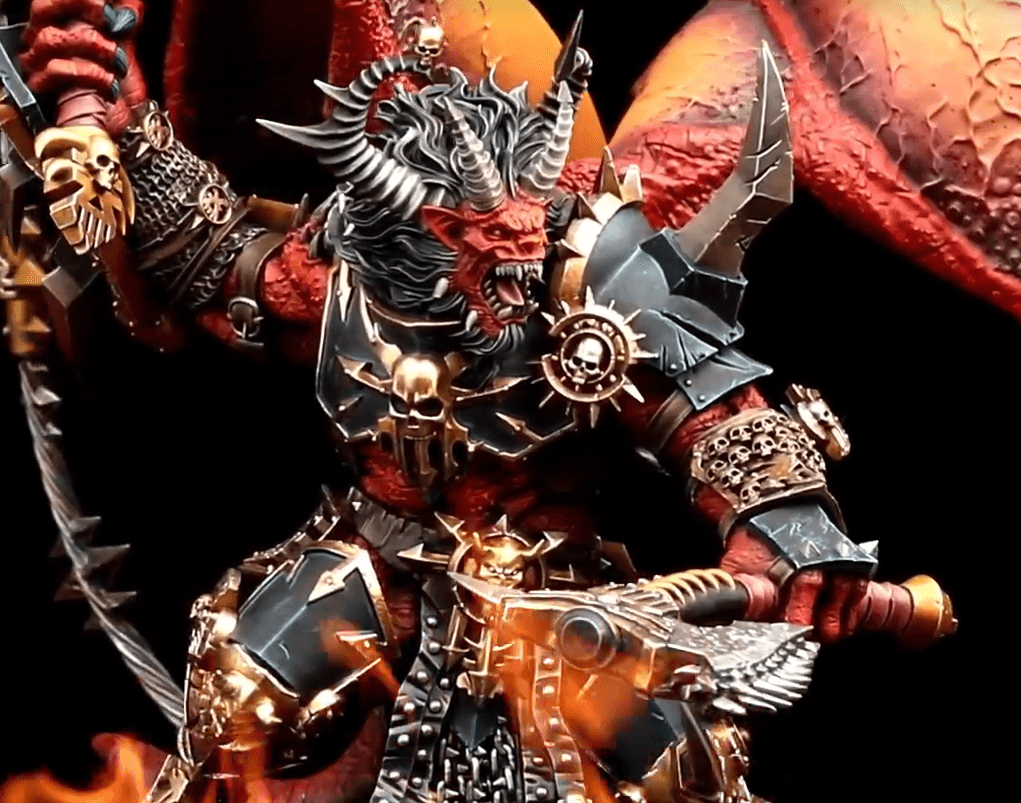 The newest addition to the Horus Heresy character series will be one of the most infamous names of the saga, Ka’Bandha. Sanguinius and Ka’Bandha fought almost to the death on more than one occasion, and while Ka’Bandha’s rules have been released for a few years now, we have yet to see a dedicated model for him. 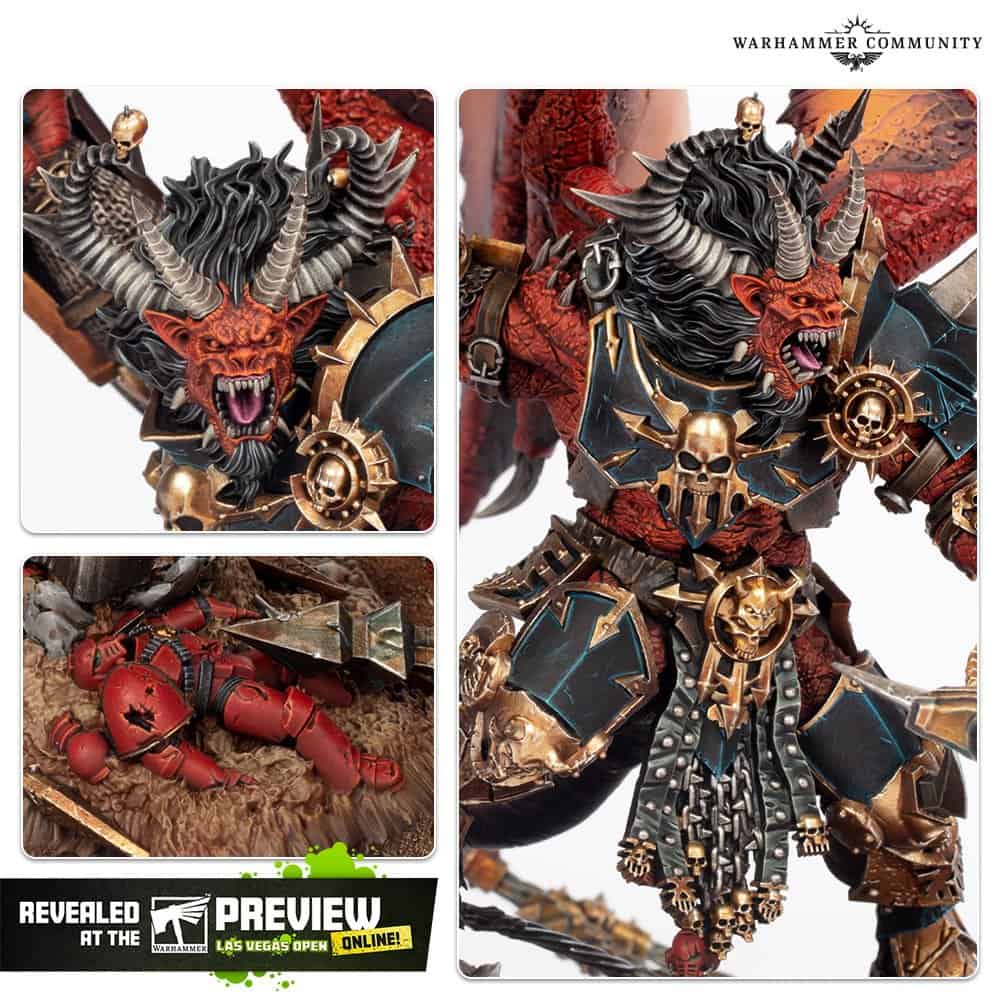 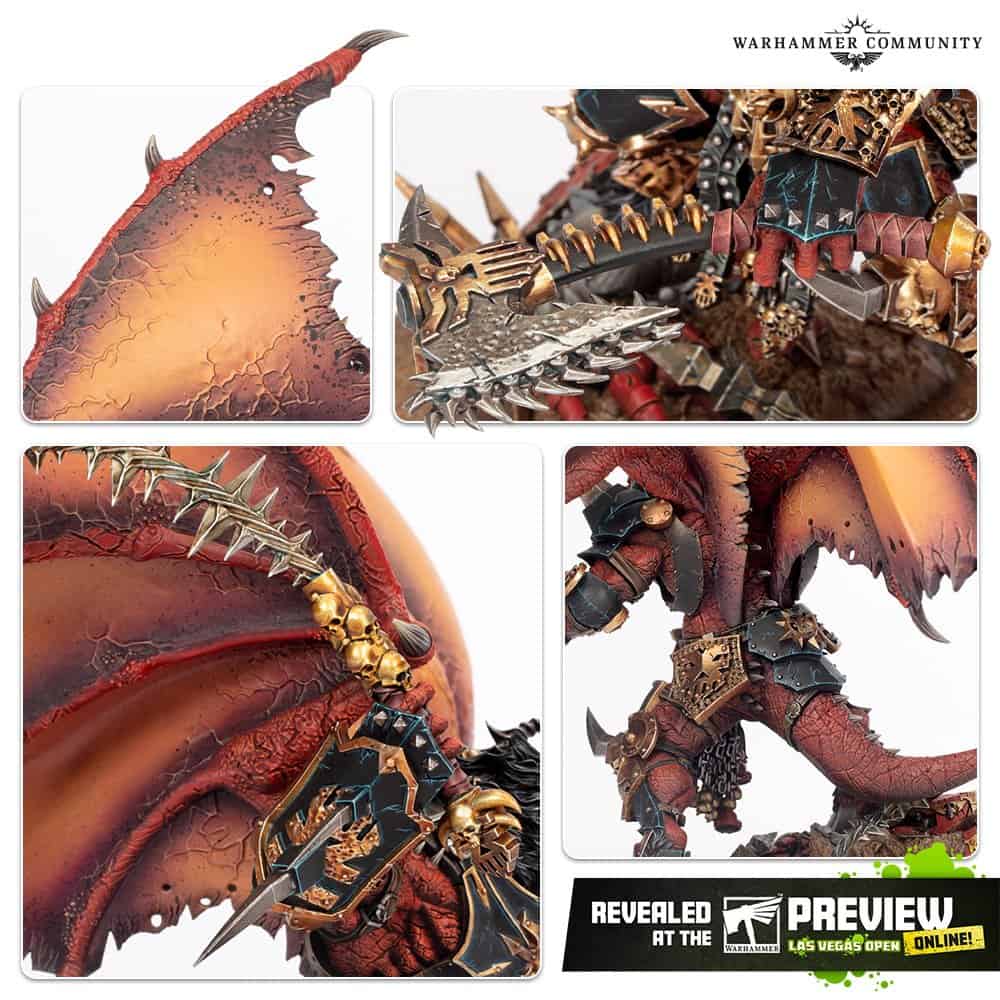 Needless to say, we’re impressed. He is covered in Khornate imagery and icons, and he stands over the broken body of a Blood Angels legionary, and is that a Leviathan dreadnought? That may come in handy later… 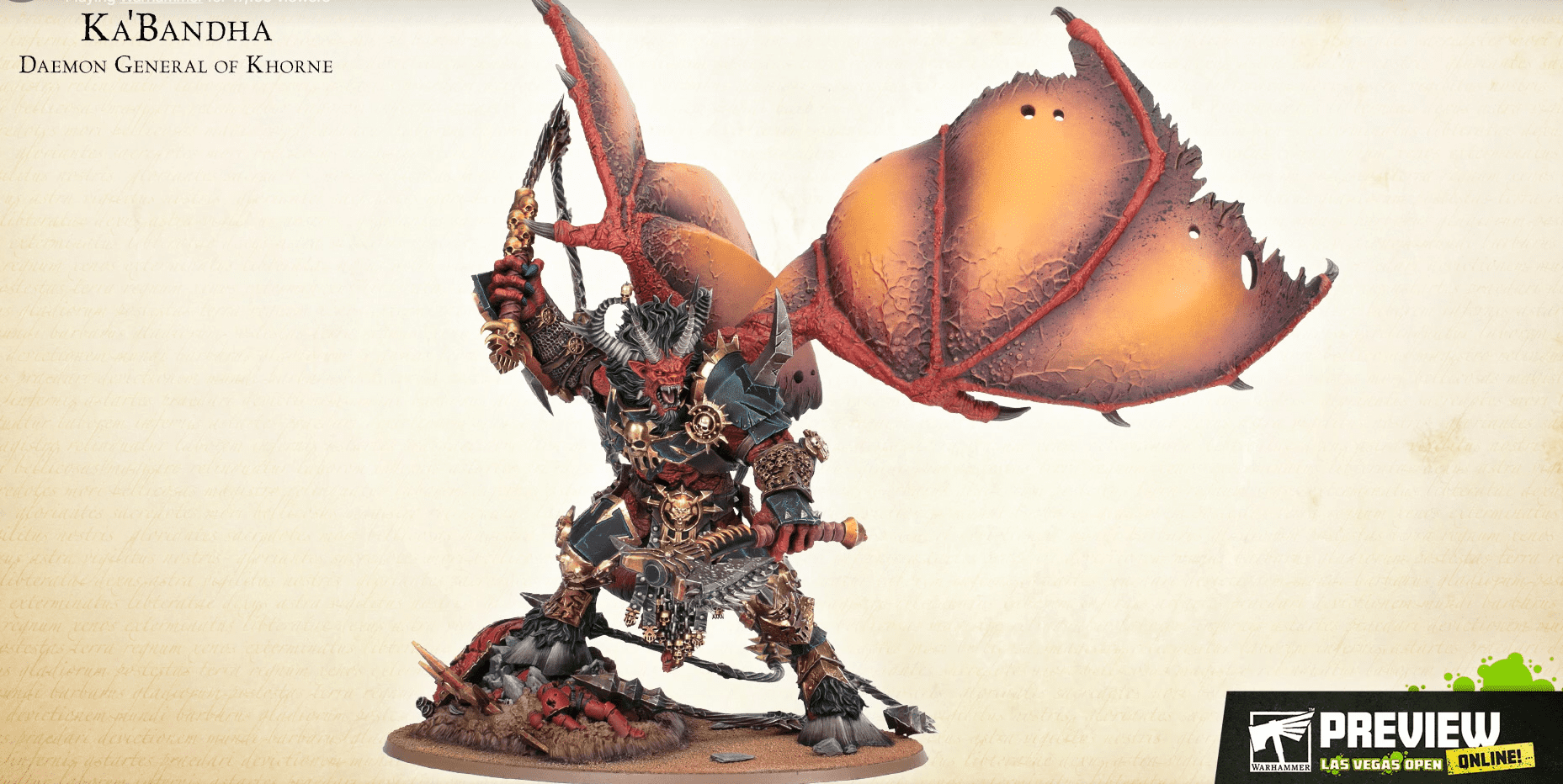 Ka’Bandha revels in the slaughter and has added mountains of skulls to Khorne’s domain from the early days of the Horus Heresy to the twilight of the 41st Millennium. He cuts a fearsome figure on the battlefield, resplendent in detailed daemonic armour, and is by far the largest Forge World Character Series model released so far.

On another note, the preview specifically mentioned the possibility of using his model as a proxy Bloodthirster in both Age of Sigmar and Warhammer 40k.  Either way, we’re excited for Ka’Bandha to rampage through any warzone in the future.

From the video and still shots, we had a few “tells” as to just how big the size of the Ka’bandha miniature may be.  Remember that Leviathan Dreadnought on the base from before? 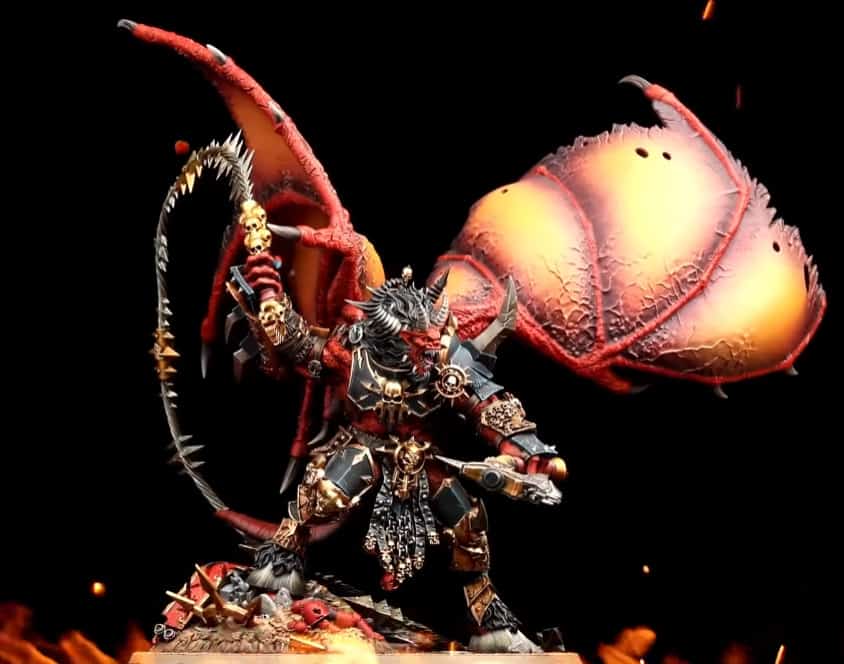 Right there in the bottom left is not only a broken legionnaire but also the remains of a Leviathan Dreadnought too!

With a little photoshop magic, we can match the orientation of the Leviathan with a full model shot and scale it appropriately to get an idea of the base size of Ka’Bandha. 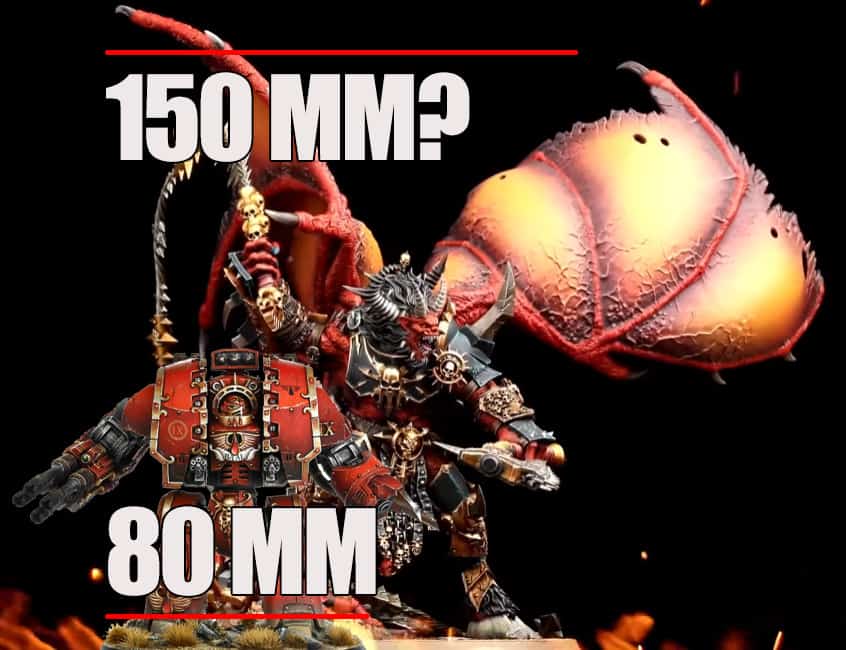 Assuming no scaling errors, it appears that Ka’Bandha would come on a 150mm round base, but from the looks of it at the Horus Heresy Open, he’s actually on a bigger base…

Before we get to that keep in mind the Onager comes with a 130 mm base along with The Great Unclean One, and Forge World set the bar at 160mm with the Ares, Astraeus, Ta’unar, and Tiger Shark kits respectively.

Now though, we have more pictures about how it actually compares to other minis!

These pics come from Sprues and Brews and really show the size of this monster, plus, pretty much confirms the 170 oval base, which again, is knight-sized!  Technically it is also the largest base from Forge World as well, diameter-wise! 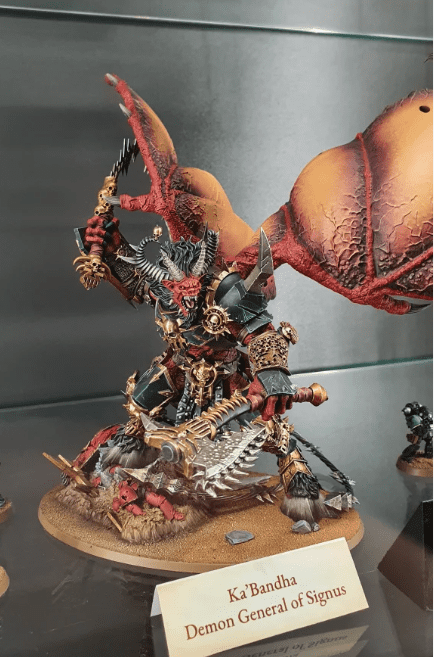 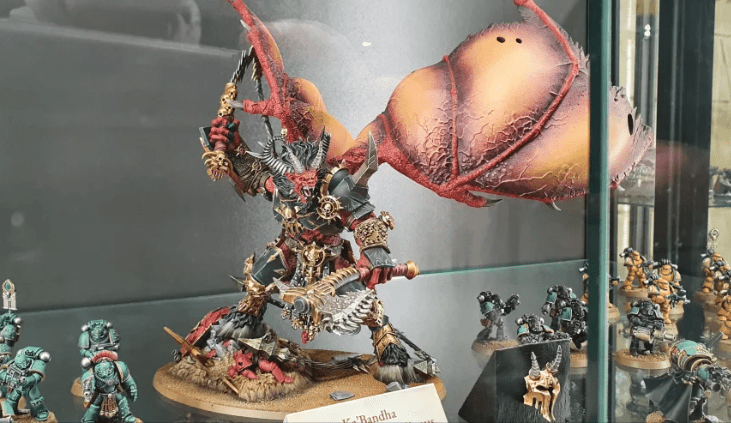 When compared to the marines, well, this model is just huge! This makes the reason for the 170 pretty obvious, well that and the biggest Heresy model has to be on the biggest Forge World base too right? 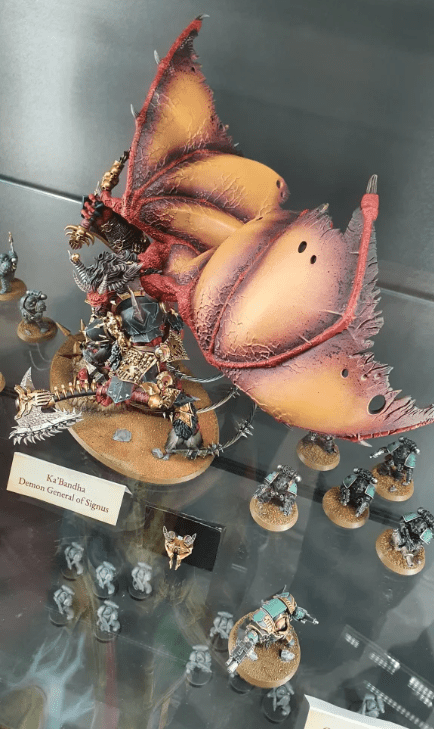 The wings on this are just insane, and they totally cover the little marines below him.

Turns out he was actually on sale as well at the Horus Heresy Open, and Sprues and Brews did a really cool unboxing of the model, so check it out if you have a minute!

No word yet on the price of this bad boy for when he hits the Forge World website here in the states, but he was £215 at the event, making his price in USD at least $300 or more…

Are you excited about the new Ka’Bandha miniature from Forge World, and will you use him in Warhammer 40k or Horus Heresy? 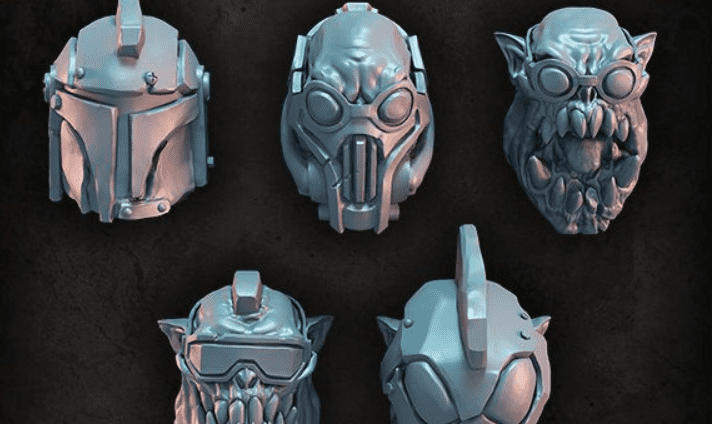 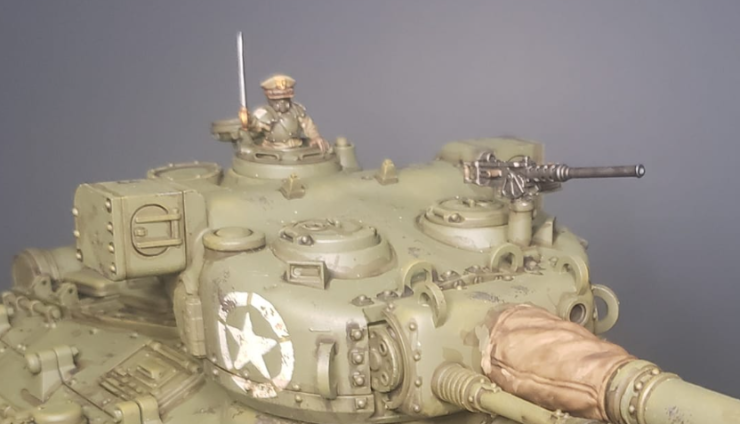 NEXT ARTICLE
The Super Heavy Rolls in: Army of One »
If you buy something from a link on our site, we may earn a commision. See our ethics statement.