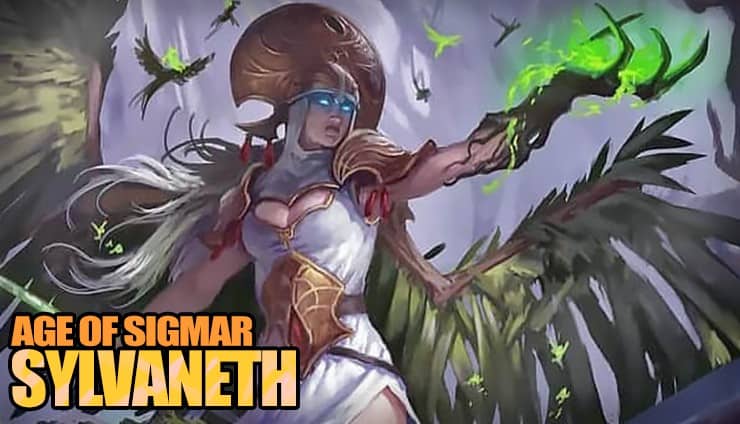 Here is how to play Sylvaneth in AoS, focusing on building Ironbark, Oakenbrow, and Winterleaf 2,000 points armies!

In our final review of the Sylvaneth book, we will examine the Ironbark, Oakenbrow, and Winterleaf glades (or factions). If you’re interested in playing any of the other glades, click on the links below! 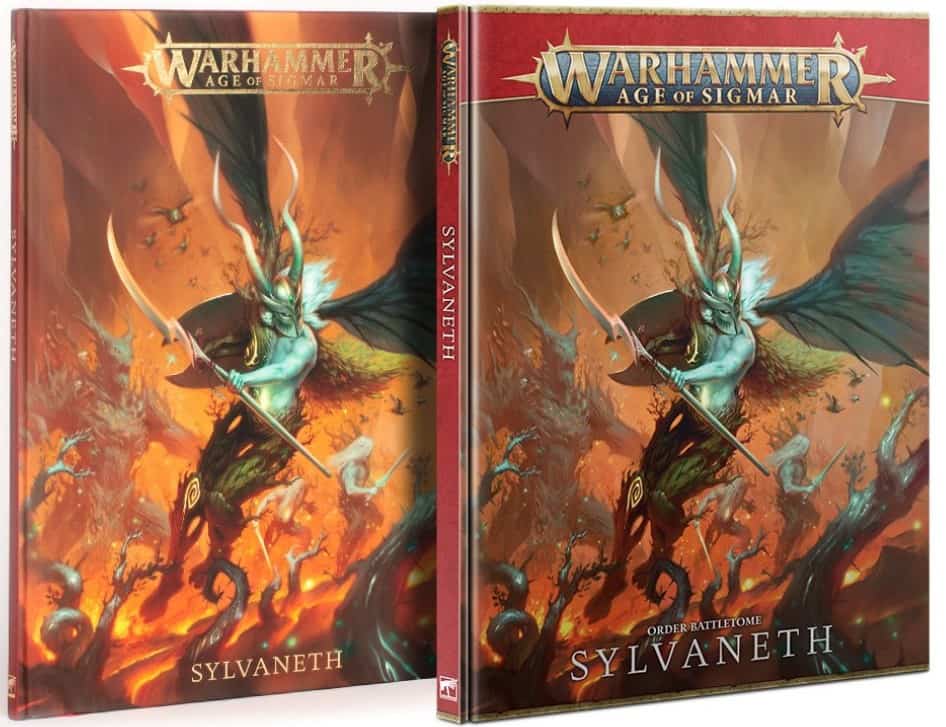 Click here to get yours for less from these retailers: | Amazon | Dicehead Games | Frontline Gaming |

Let’s recap what all Sylvaneh gets: 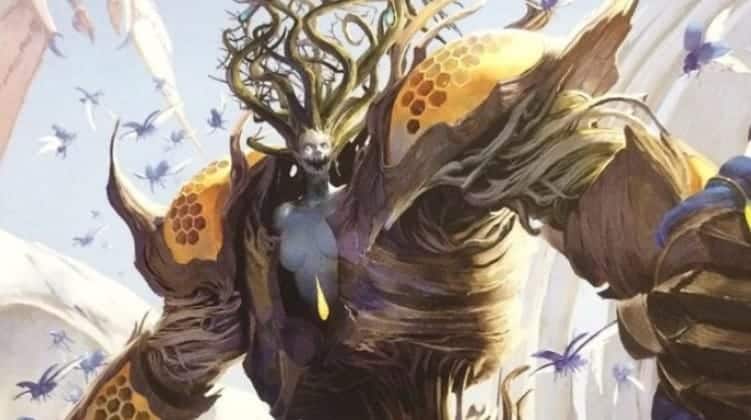 From the Woodland Depths:

Pick a Season of War for your army:

Now let’s dive into the sub-factions specific lists starting with the Ironbark.

How to Play Sylvaneth: Ironbark 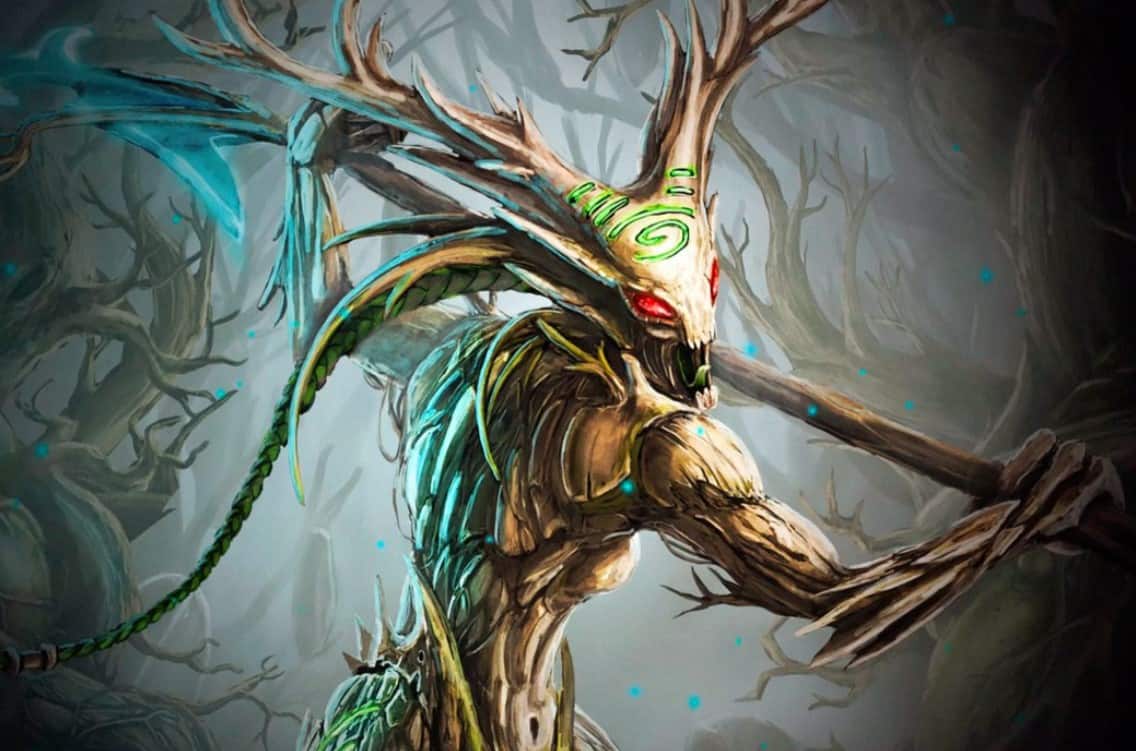 Ironbark: Command ability at the start of the enemy combat phase, the unit that receives the command must be a friendly Ironbark unit within 3” of an enemy unit that made a charge move.

Pick one enemy within 3” of that unit and roll some dice on a 2+ it suffered D3 mortal wounds. You can use this ability multiple times in a command phase but can only target each enemy unit once per phase.

This is kind of a soup mix for me in that the ability of this army is not incredibly useful unless you have a lot of mobility and a lot of command points. So that is what I went with: you have a mix of hold-the-objective types of troops with the Dryads and Tree Revenants and then some offensive mobility in the Lancers.

You will want to take advantage of your sub-faction ability to dish out some extra damage in your opponent’s combat phase, which could work if they have some low-wound heroes who haven’t had a chance to swing in combat yet.

Use the purple sun to roll the dice and potentially delete some models, but more importantly, get that additional -1 to Rend for your troops.

With so many drops, your better off getting the Warlord Battalion to get the additional artifact and command point. For this army, I will make the Tree Lord ancient my general and give him the Gnarled Warrior Battle Trait, the Vesperal Gem, and Throne of Vines as his unique spell.

Making him a regenerating tank of a character that can hold the line. For my extra artifact, I will give the Arc Revenant the Crown of Fell Bowers since he can keep up with your Spiterider Lancers, which will buff them in combat (especially since they strike first on a charge). 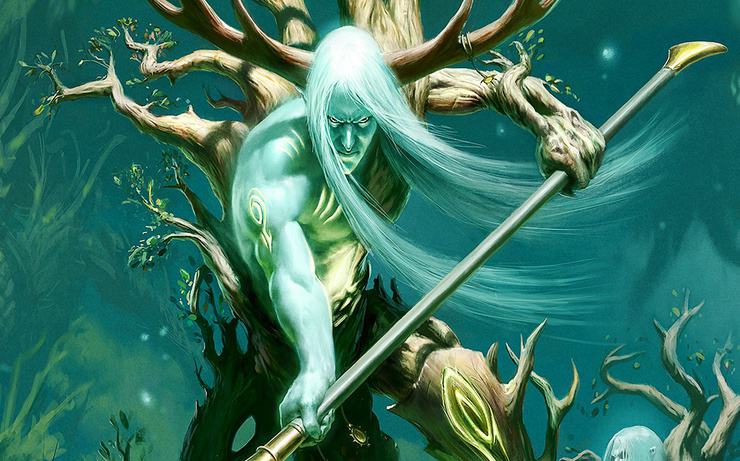 Oakenbrow: The damage table on friendly Oakenbrow, Treelord, Treelord Ancient, or Spirit of Durthu is treated as having suffered half the number of wounds that are allocated to it on its damage table (rounding up). Treelords become battleline.

This is an army that you take if you love big walking trees and smacking your opponents with them. Your models are few and far between, so you’ll be behind on points from the get-go.

However, they can all dish out some nice damage and take even more of a beating, so you can pick and choose your objectives to overcome your opponent, hopefully. Getting the Awakened Wyldwoods up will also be key, as these guys do not have the greatest mobility, so you’ll want to teleport them around to get them where they need to go.

Concentrated firepower, though, will bring your models down, and you don’t have many to play with. Your endless spells can be powerful

For this army, I will make a Treelord Ancient my general and give them the Gnarled Warrior command trait making them incredibly resilient. After that, the general will nab the Vesperal Gem artifact along with the Throne of Vines’ unique spell.

My other Treelord Ancient will take Regrowth with the idea that they will play a healer to your trees. The purple sun can be powerful with this list for its rend and model removal; just make sure to keep your guys out of its range, as losing one of them will hurt much more than your opponent. For a season of war, I will choose Everdusk to increase the damage output of my trees, and for a Battalion, I will select Battle Regiment to make this a three-drop army, hopefully allowing you to decide who goes first or second. 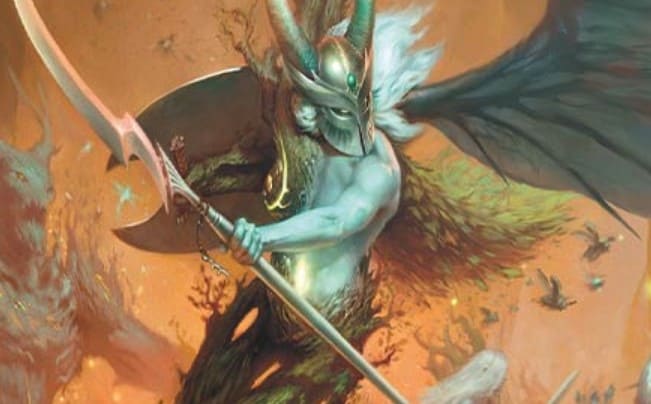 This army is all about model count and bringing in even more models to force your opponent to wade through. So, if you don’t like painting, this isn’t the one for you.

You will have large blocks of troops to push around the table; grabbing and holding objectives won’t be an issue, though your lack of firepower will be an issue. Make sure you use Alarielle and The Lady of Vines to your advantage and don’t sell them short, as your other models won’t be doing as much damage.

You could also use Alarielle to summon in a Treelord or Hunters, which could also add to your damage output.

I will take the Battle Regiment Battalion for this army to make this a three-drop army, letting you hopefully decide who goes first. The Warsong Revenant must be your general to get a unique command trait and artifact, so we will go with them and take Radiant Spirit to give them the Acorn of Ages to be able to set up a Wyldwood automatically and then the Verdurous Harmony spell to bring back you Dryads and Revenants if needed.

For the Lady of Vines, I will take The Dwellers Bellow to give you a shot as some mortal wounds against larger units and at range. For the season of war, let’s choose the Everdusk season to get that bonus of not allowing your opponent to move.

There you have it, the final armies for the Sylvaneth book; after creating multiple armies within it I think there are some great ways to play the army, though you need to plan your tree placement carefully and plan your teleports well.

Be sure to check out all the articles in this series below.

If you are currently publishing hobby content and would like a shot at getting featured on the site or getting on our publishing schedule, we would like to hear from you! Please email Rob at spikeybits.com with examples of your work! 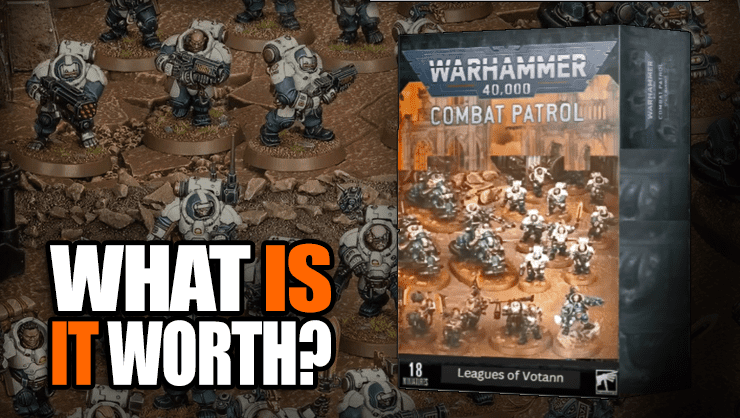 PREV ARTICLE
« Leagues of Votann Combat Patrol: What is the Value? 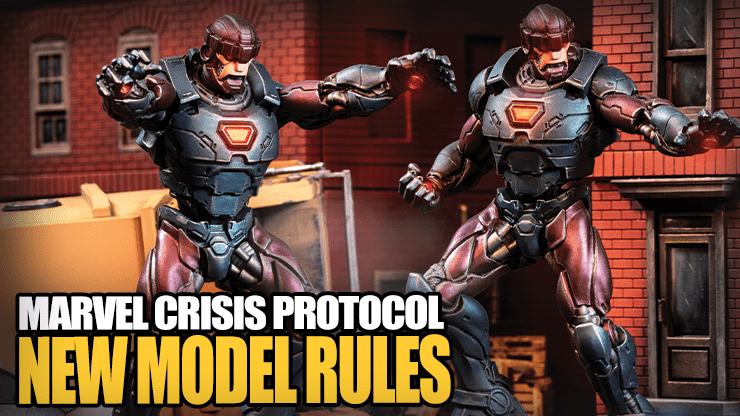 NEXT ARTICLE
AMG Drops New MCP Tactic Cards for Sentinels & Prime »
If you buy something from a link on our site, we may earn a commision. See our ethics statement.