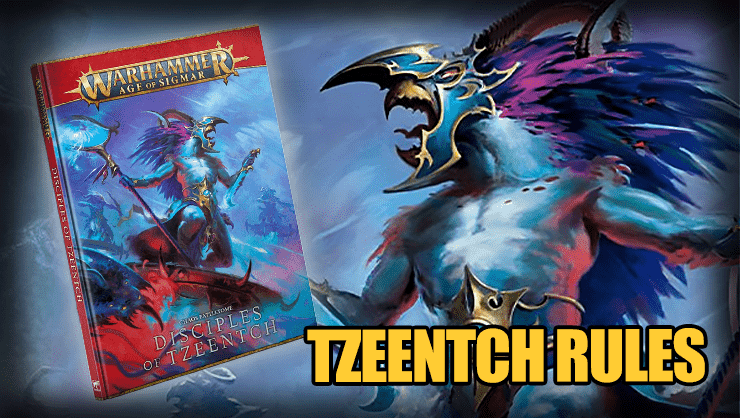 Four new AoS Disciples of Tzeentch rules have been revealed by GW ahead of the new battletome- check it out!

With the book coming soon, you knew it would only be a matter of time before we got some rules to pour over! The new rules focus on the Power of the Silver Towers and how each different unit or champion can harness the power!

We also saw Lumineth Realm-Lords rules yesterday, which also have a book coming out at the same time, you can check those out here.

Warhammer Community unveiled the new rules and a little bit more on the release details. Let’s check them out! 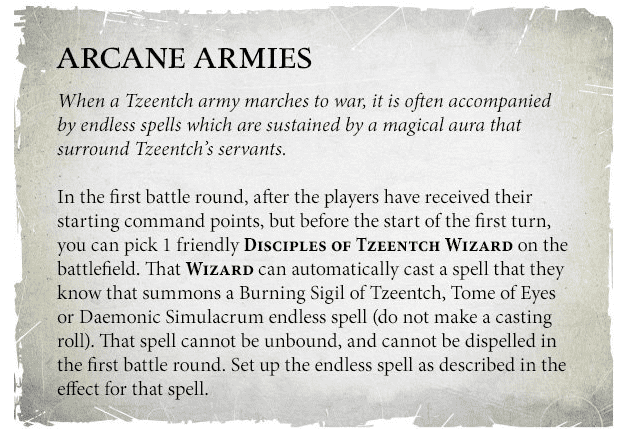 Being able to cast a spell for free that can’t be dispelled for the first round is actually really cool. You basically guarantee at least one turn of effects. 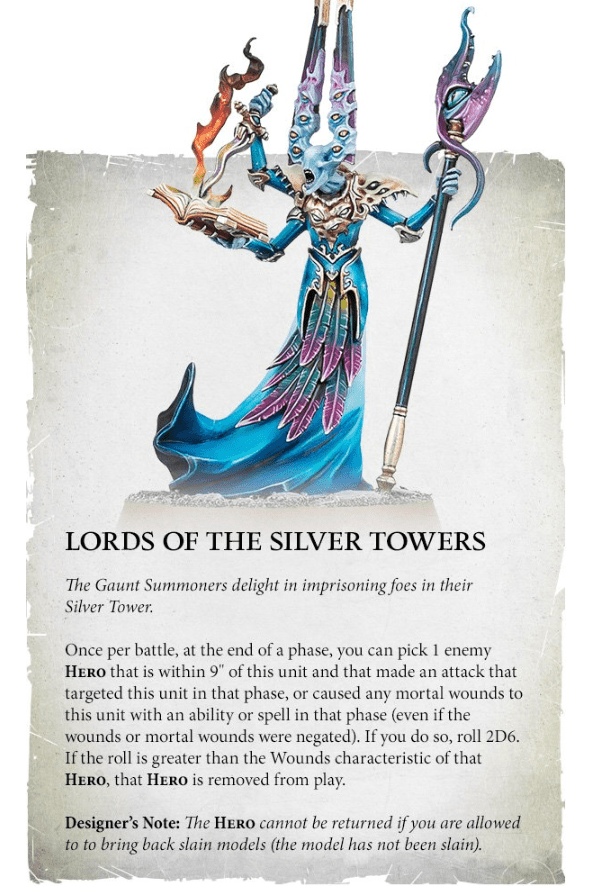 Lords of the Silver Tower allows any Gaunt Summoner to attempt to transport an enemy Hero within 9” who has attacked them, or tried to injure them via stranger means, into the deranged warrens of their glittering oubliette, removing them from play.

This is actually pretty crazy, if you manage to survive the attack, you can just erase the character from play with no chance for them to come back! You can do it on a high-wound model and hope you get lucky on the roll, or go for the safer play and just banish a smaller hero. 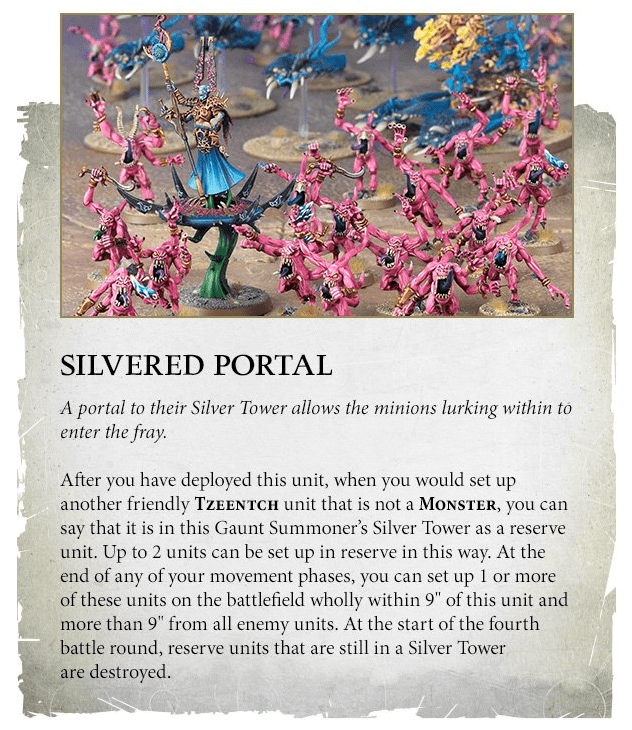 These Silvered Portals allow up to two units set up after a Gaunt Summoner to be placed in reserve. These units can then be teleported out of the Silver Tower at the end of the movement phase, within 9” of the Gaunt Summoner (and 9” away from all enemy units), a delightful delivery of gibbering, warpflame-spouting daemons.

Being able to put units in reserve is always nice. Remember that you have to be within 9″ of the model, so make sure you move them into a position where you want your units to come out! 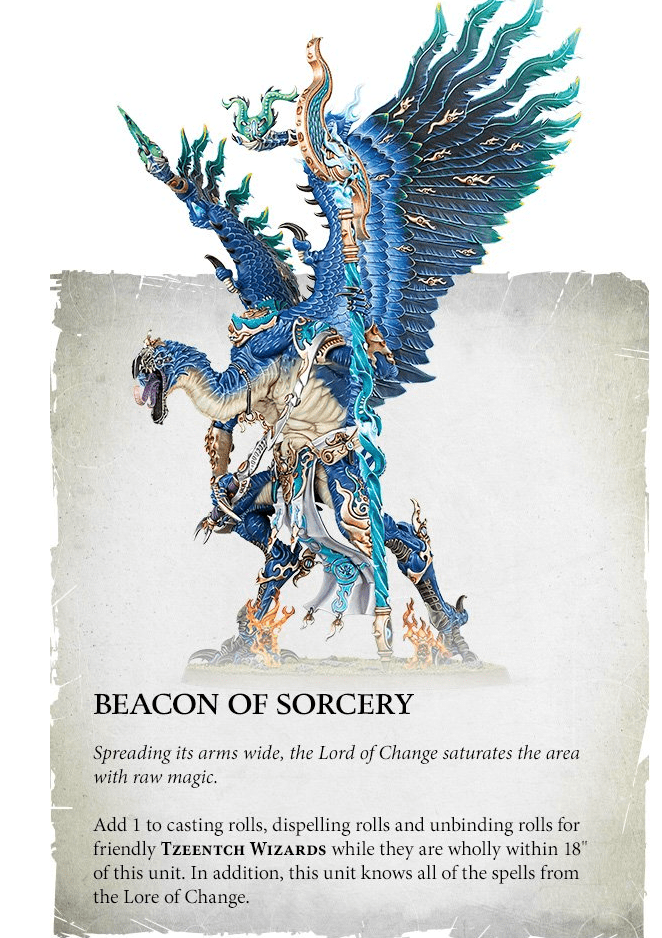 Tzeentch commands a vast menagerie of daemons. Chief among these are the towering, avian-featured Lords of Change. Masters of magic, these daemons shimmer with arcane power, and with a simple gesture, they can saturate a huge area around them with eldritch energy, becoming a Beacon of Sorcery.

This overwhelming flow of energy improves the casting, dispelling, and unbinding rolls by one for all friendly Tzeentch Wizards wholly with 18” of them, and also opens a conduit directly to the Changer of the Ways himself, granting these mighty wizards access to the whole Lore of Change.

Adding 1 to all your rolls for magic is awesome, and not only that, but they also get the lore of change spells. Just be sure to keep all your wizards close so they will all benefit!

Are you excited about the Disciples of Tzeentch new battletome book? Will you be picking it up? 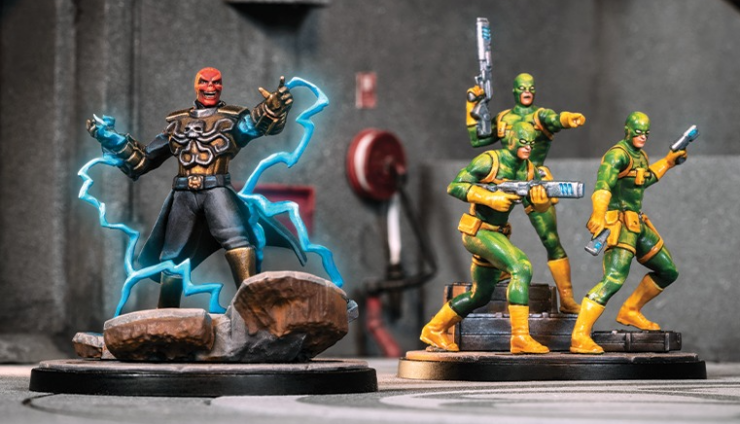 NEXT ARTICLE
AMG Reveals New MCP Rules for Red Skull & Hydra Troops »
If you buy something from a link on our site, we may earn a commision. See our ethics statement.