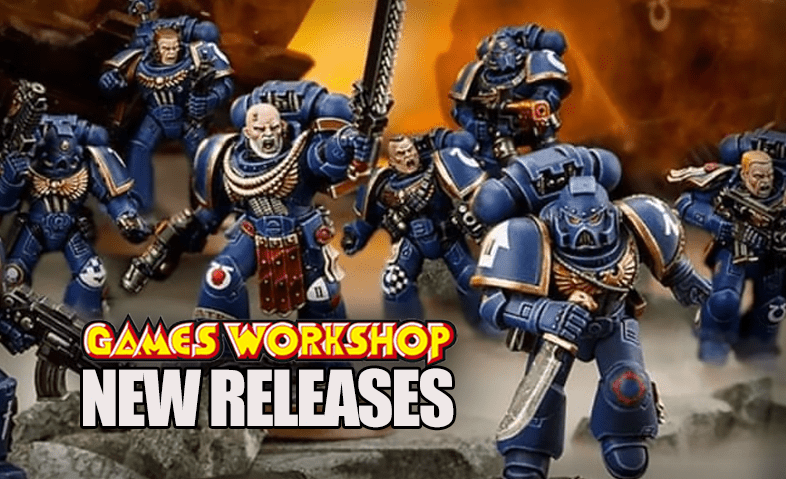 Here is the confirmed pricing for the new Space Marine Heroes, Blood Bowl, Cursed City, and Black Library- check it out!

Get those hobby dollars ready if you want any of these pre-orders from Games Workshop that will go up for pre-order with your favorite retailers on Saturday, October 1st, 2022, around 1 pm EST!

A few quick notes before we jump into the pricing, first, the Space Marine Heroes are actually repackaged from a previous release, but hey, if you missed them the first time, it’s good to see them back!

Then, the Cursed City box (not the new expansion) will be either MTO or direct from GW. Since they aren’t going to stores, we won’t have the big box itself, but do have the expansion pricing. 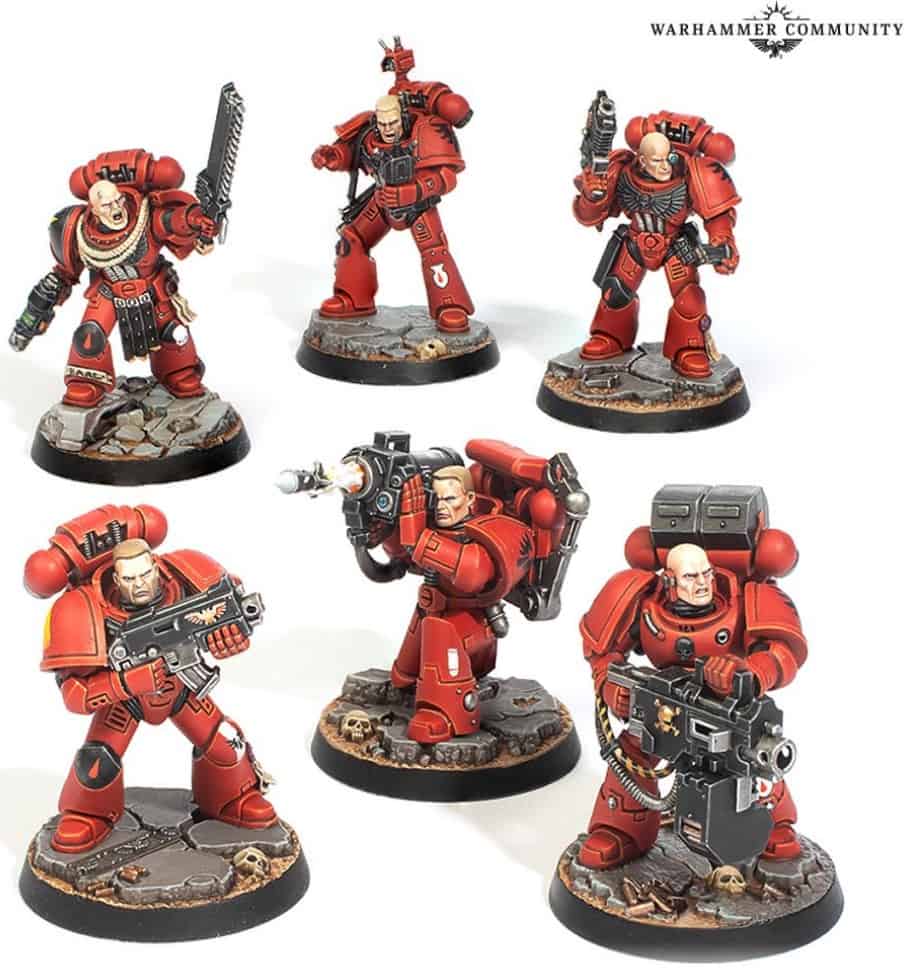 Build a Tactical Squad or kill team, one blind box at a time. There are six push-fit Space Marines to collect, all in red plastic with both helmeted and bare head options, connoting the Blood Angels Chapter – although you can paint them any colour you like! You can also buy a dispenser set of eight miniatures, guaranteeing you’ll get all six different models with two extras.

Space Marine Heroes feature some pretty dynamic figures; most of them slot perfectly as captains in their various squads! Or, as GW said, you might even be able to sort out a kill team of their models.

Remember, though, these are exactly the same miniatures as the ones that came in blue plastic as part of the Space Marines Heroes Series One set back in 2018. 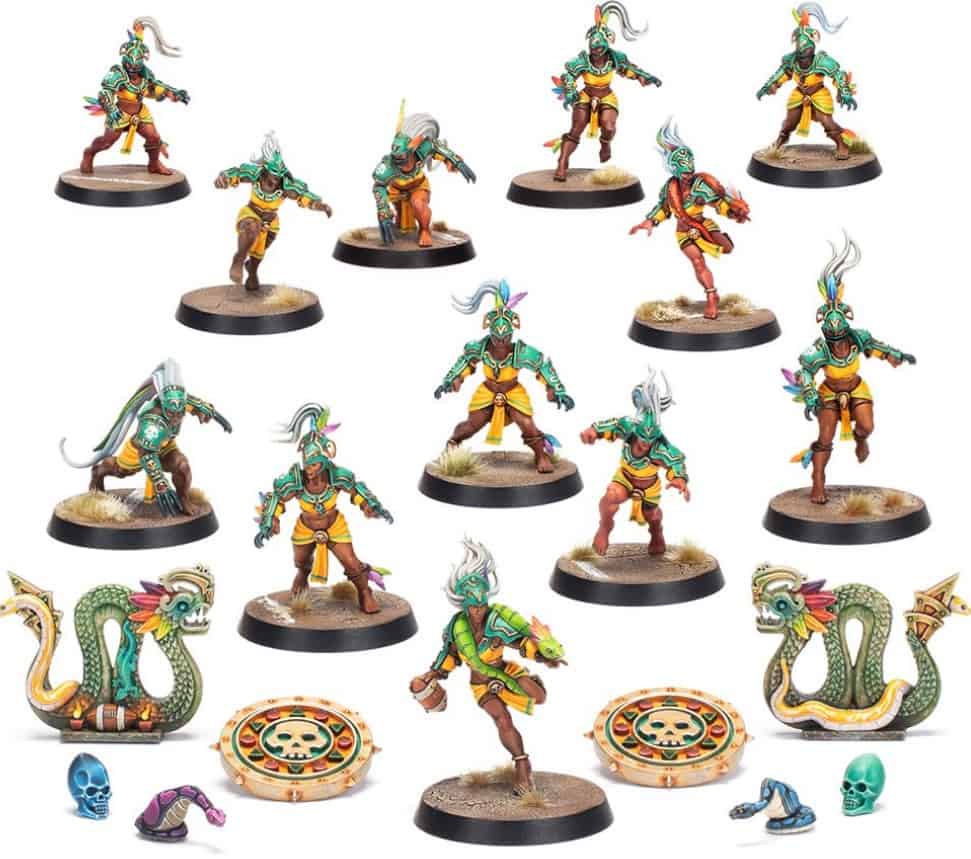 The Kara Temple Harpies are the new Amazon team for Blood Bowl. Bringing speed, slipperiness, and a savage nature to the astrogranite, they offer a new challenge for all players. This kit includes six Eagle Warrior Linewomen, two Jaguar Warrior Blockers, two Python Warrior Throwers, and two Piranha Warrior Blitzers. They all come with Dodge, and your Blitzers have the new Hit and Run trait, which enables them to escape retaliation after they’ve performed a Block.

New Blood Bowl teams are great! So if you like this one, don’t hesitate to hop on it. 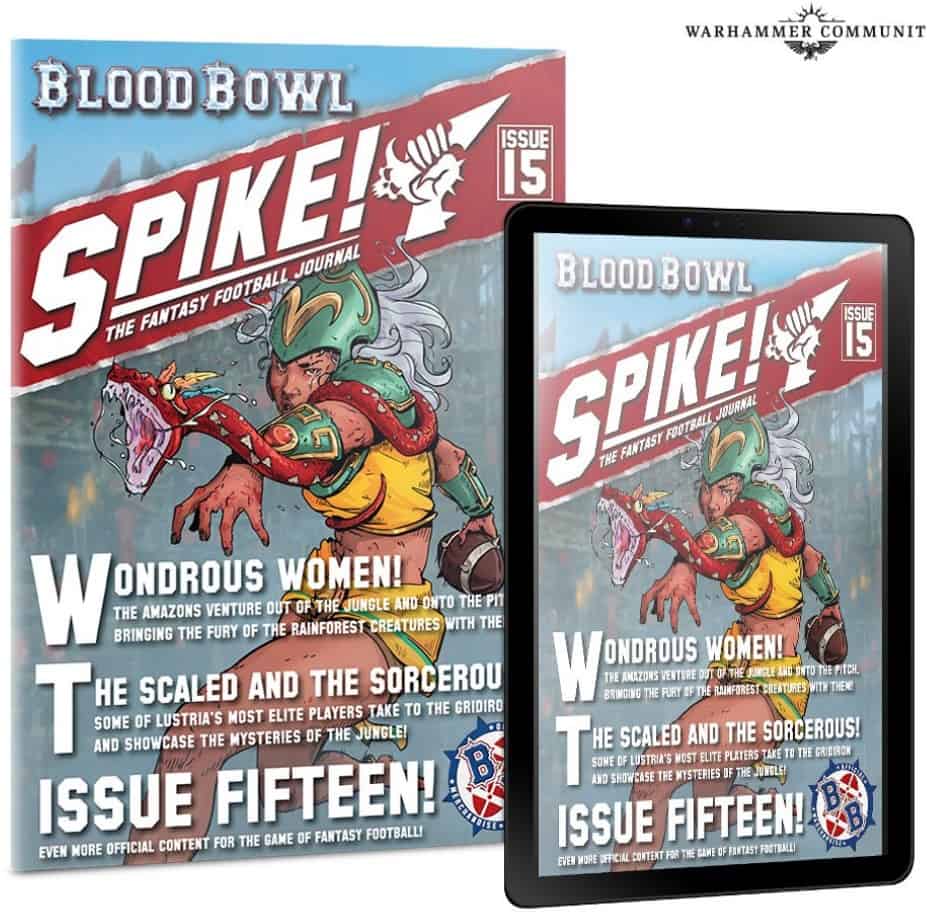 Get the Amazon team onto the tabletop with the latest issue of Spike! It contains rules for Star Players, background on famous Amazon teams, advice on how to coach your side, and all of the usual fun in-world columns. There are even rules for running an Amazonian Temple League and using Amazon players in games of Dungeon Bowl.

Of course, to match the new team, you’ll need the rules, which you can find inside this issue of the Spike Journal. 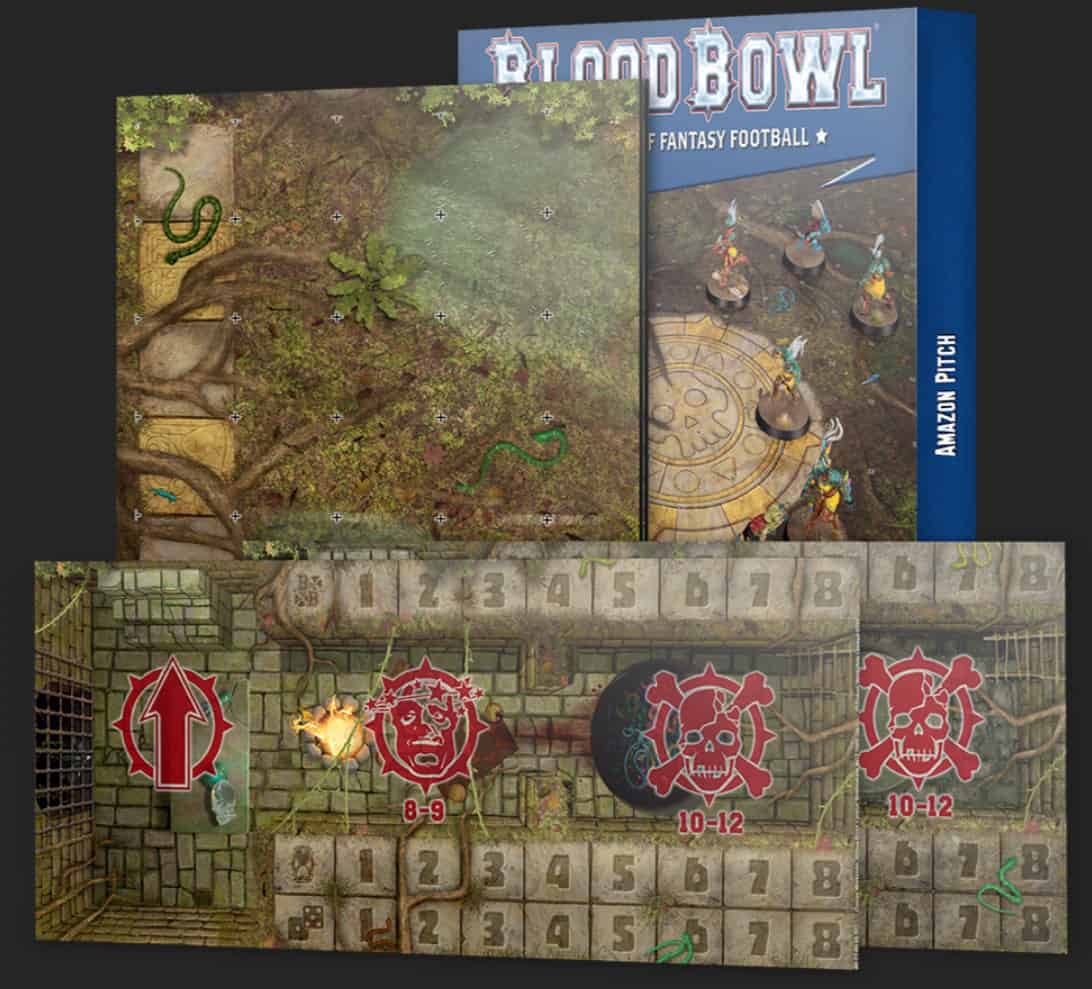 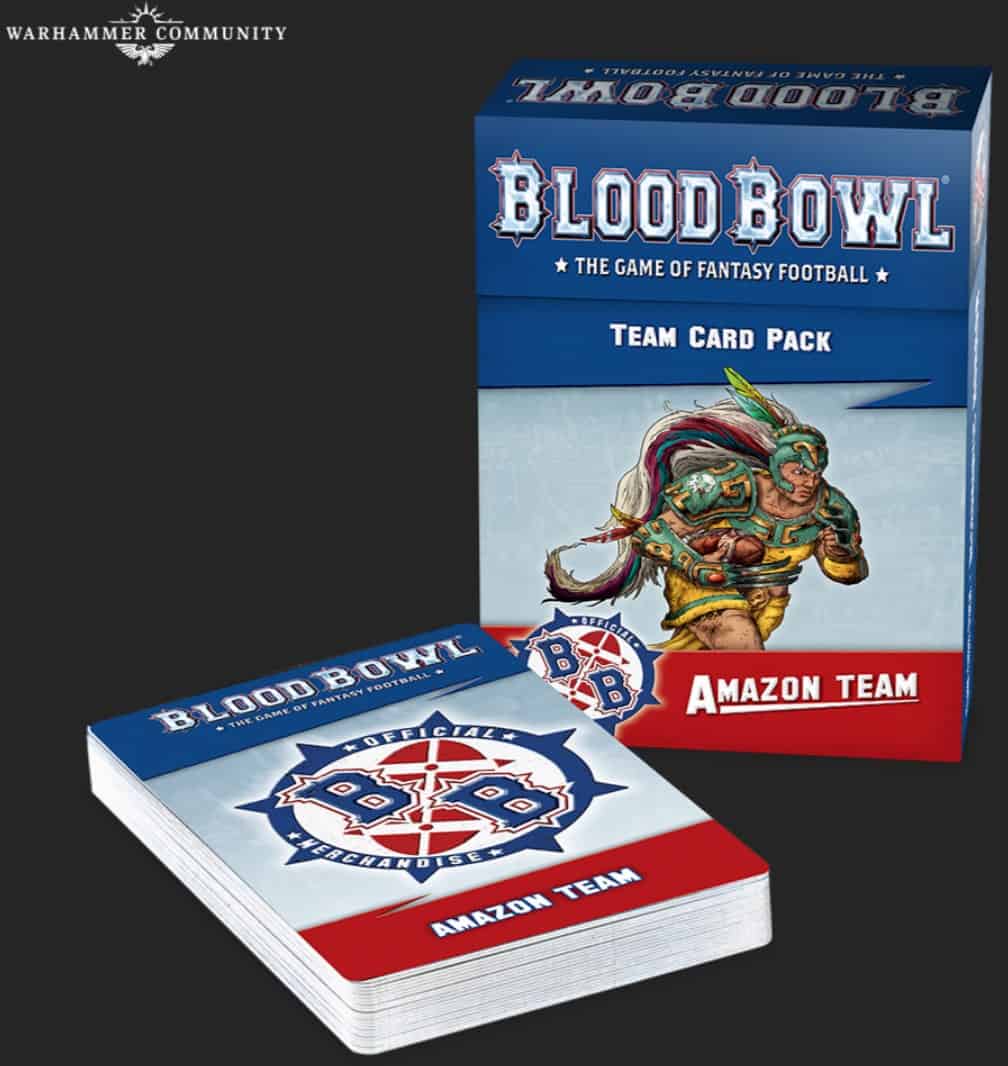 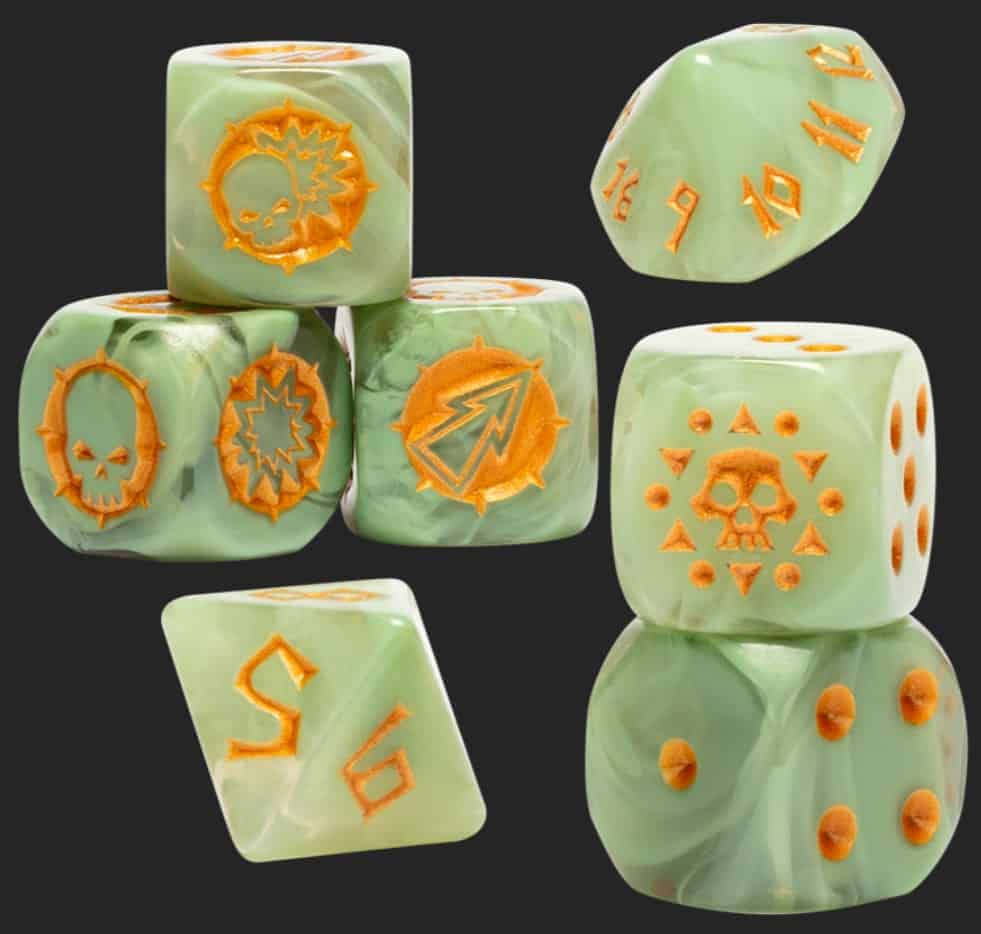 Get the best advantages a Blood Bowl coach can have with these accessories. Intimidate visiting teams (apart from maybe Lizardmen) with a double-sided jungle-themed pitch – including a torrential downpour side with a scaly audience – which comes with matching dugouts.

Keep track of your players’ rules during a match with the Amazon team card pack, which also contains 16 team-exclusive special play cards that can turn around a game in a flash. As for the team dice set, we can’t guarantee they’ll always roll double skulls – er, sixes – but at least you’ll be doing it with a very stylish set.

Continue your heroes’ journeys with the first expansion for Warhammer Quest: Cursed City. As three new vampire lords seek to claim dominion over the city, can you put a stake in their claims? This set includes rules for three new journey types and all the cards and tokens you’ll need on your quests. You can further expand your games by picking up the miniatures Radukar the Beast, Fell Bats, Vampire Lord, Lady Annika the Thirsting Blade, and Kritza the Rat Prince separately.

New and returning fans can also pick up this expansion to enhance your Cursed City experience! 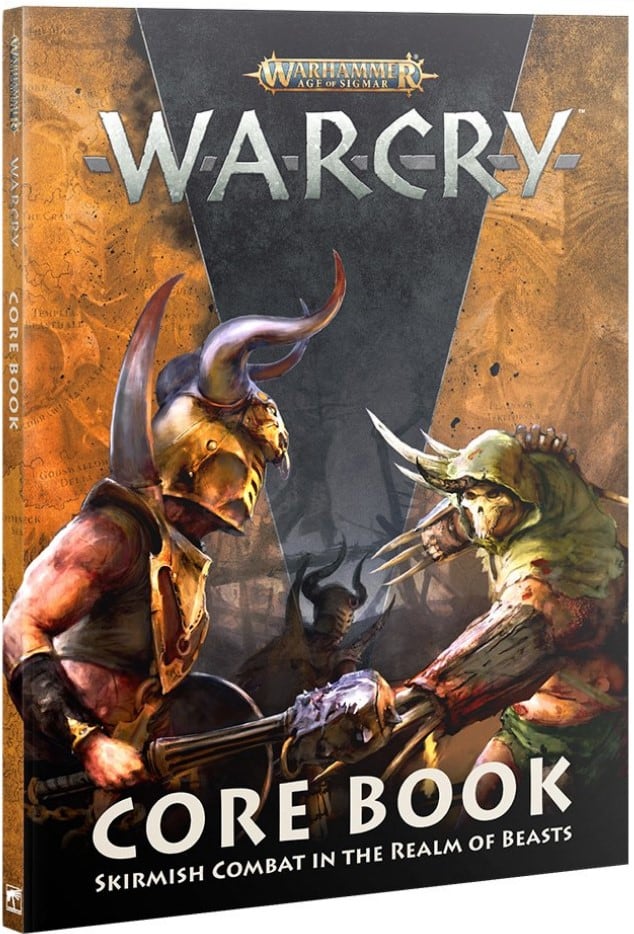 First available in the Heart of Ghur boxed set, the Warcry Core Book for the new edition is coming out separately. It includes the core rules for the game, loads of background on the brutal setting – the Gnarlwood – and lots of extra content for matched, narrative, and open play, including quests, campaigns, and more.

Finally available separately, now you can pick up the new rule book if you were waiting. 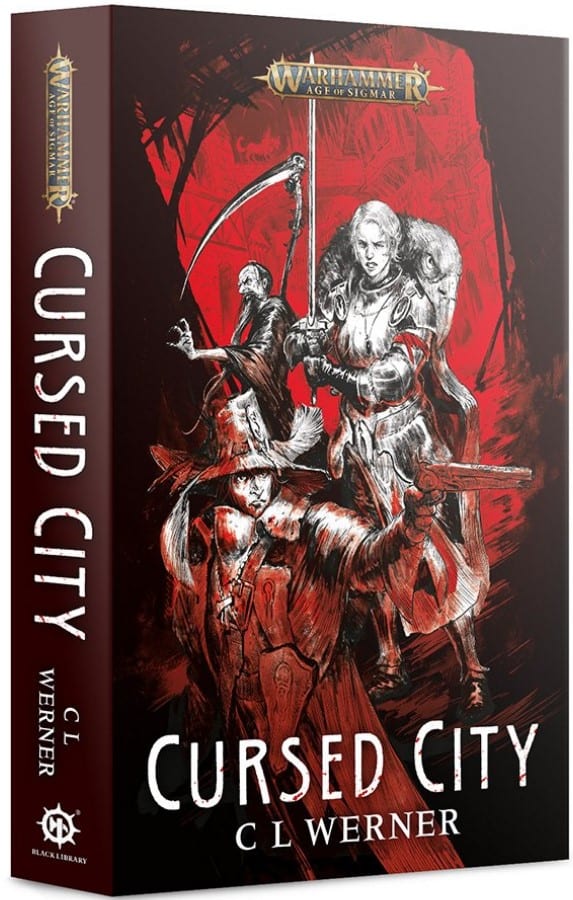 When a series of vicious murders rock the vampire-ruled city of Ulfenkarn, the city’s dread ruler takes to the streets. Can a vampire hunter, a vigilante, a wizard, and a soldier uncover the truth of what’s happening? Get ready for the game’s re-release with the tie-in novel – Cursed City is available in paperback for the first time. 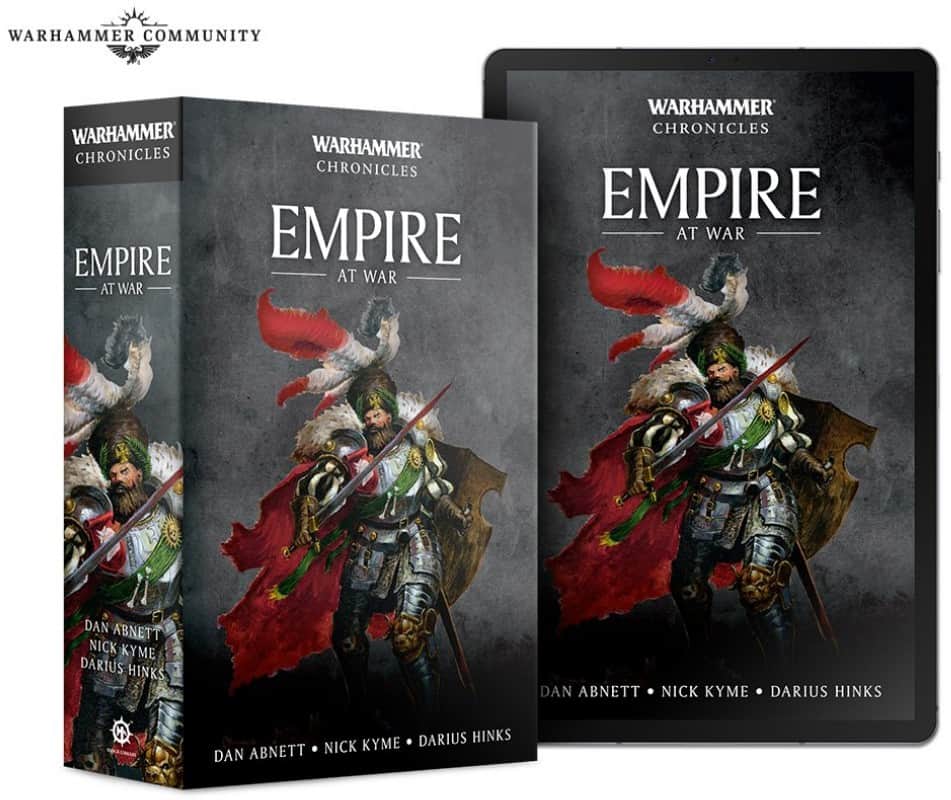 Head back to the World-that-Was with this huge anthology of tales from the Empire. It contains the novels Riders of the Dead, Grimblades, and Warrior Priest, along with the short stories The Vampire Hunters, Meat Wagon, The Case of the Scarlet Cell, Rest for the Wicked, The Nagenhof Bell, Swords of the Empire, Shyi-Zar, As Dead As Flesh, Dead Man’s Hand, Sanctity, and The Miracle of Berlau. It will be available in paperback and ebook formats. 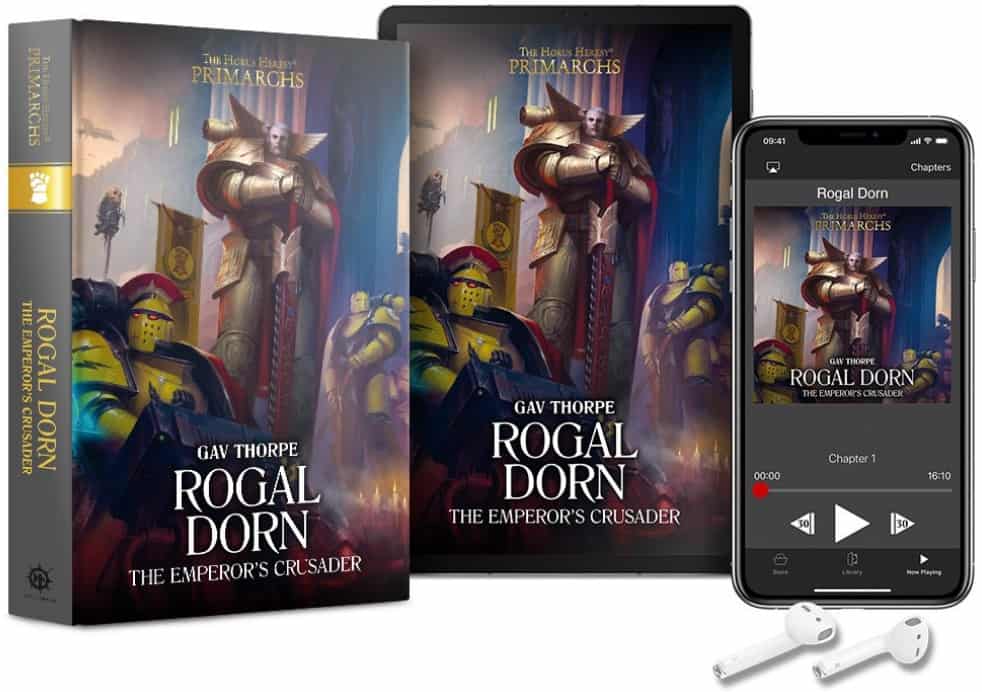 The Horus Heresy Primarchs series continues with the story of one of the Emperor’s most stalwart sons, Rogal Dorn. Tasked with securing worlds far from Terra, Dorn encounters a foe the likes of which he has never encountered before – will his strategic genius be enough to conquer the darkness in the name of the Emperor? Gav Thorpe’s novel will be available in hardback, ebook, and audiobook formats.

The Primarch series are usually slam dunks, so check this out if you are a fan of the Imperial Fists or Rogal Dorn.

Will you be picking any of these releases up? Are you excited about the pricing for the new releases? 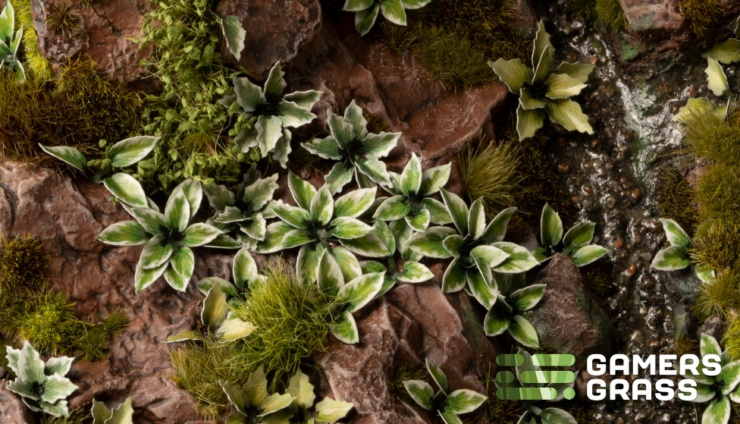 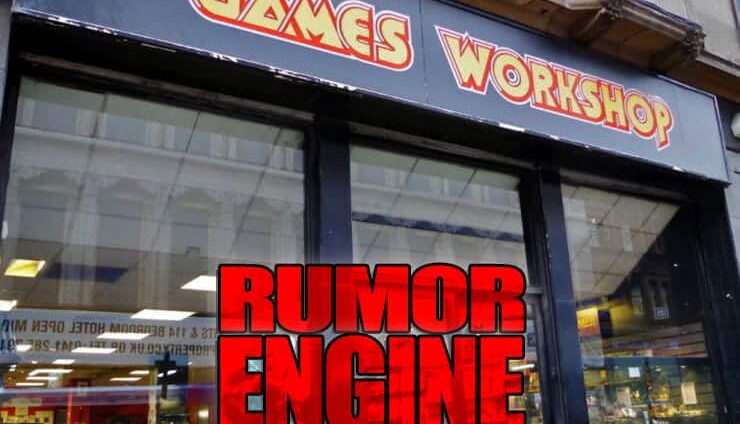 NEXT ARTICLE
A Mace For Sigmar: New GW Rumor Engine »
If you buy something from a link on our site, we may earn a commision. See our ethics statement.